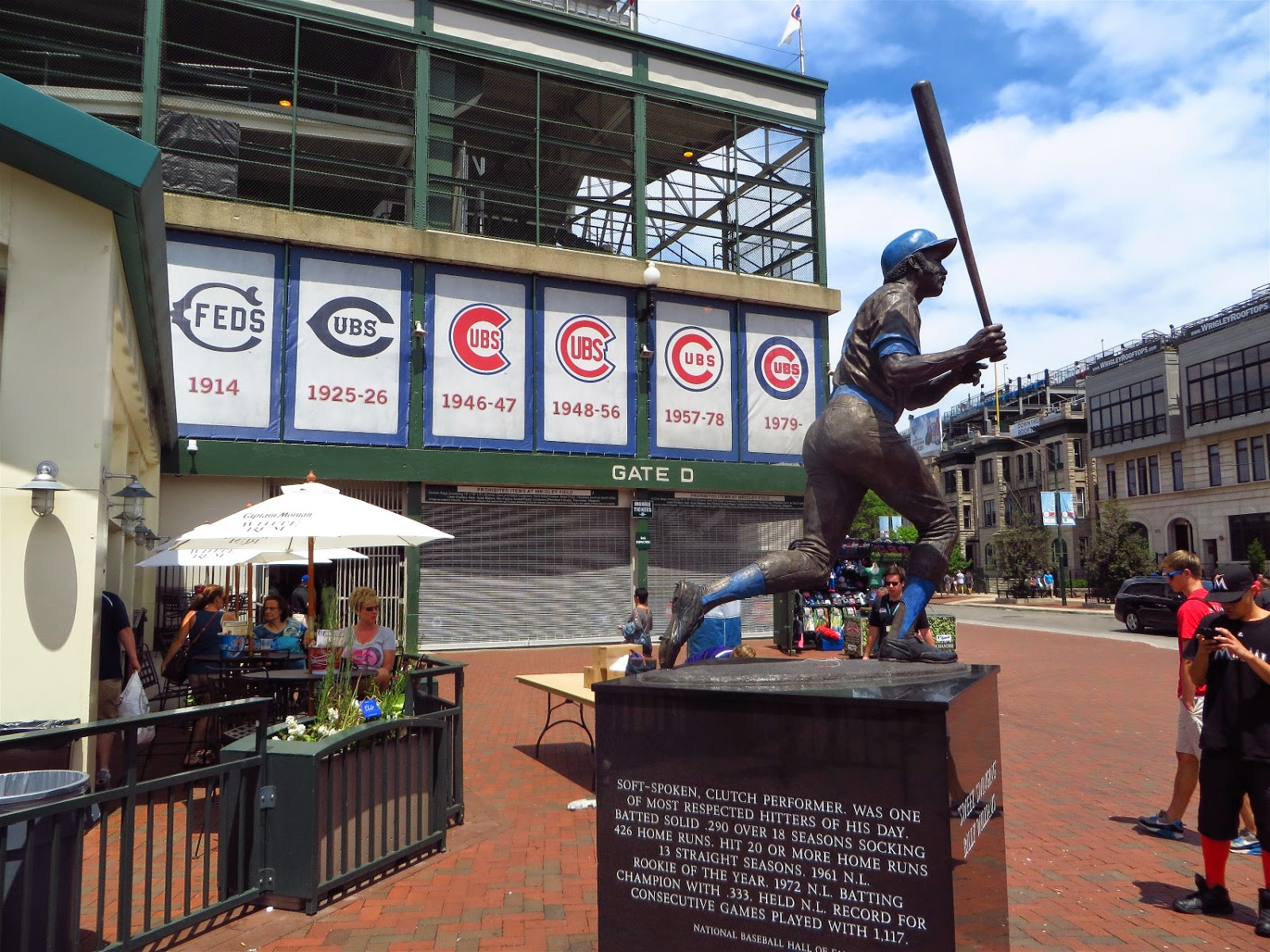 Outside of Wrigley Field is a statue of Billy Williams who played for the Chicago Cubs from 1959 to 1974 and was elected to Baseballs Hall of Fame in 1987.

We were walking around the outside of the stadium and were by the players' entrance when this large fellow came up and asked us how we were doing, where we were from and that kind of stuff. He was well-dressed and we had a nice chat for a few minutes.

When he heard we were from Toronto, he said, yes, that was where Ferguson Jenkins was from. Alfred corrected him saying no, Jenkins was from Chatham Ontario. He chuckled and said he knew that.

Then I asked him his name. He said he was Billy Williams and asked us ours before heading off.

He was stopped by a few people who had their picture taken with him and on his way through the gate, chatted with the gatekeepers. Everybody knew him.

Then it dawned on us ... this is Hall of Famer Billy Williams! I called to him and he stopped for a picture. His number was retired by the cubs and his flag flies on the foul pole in right field. 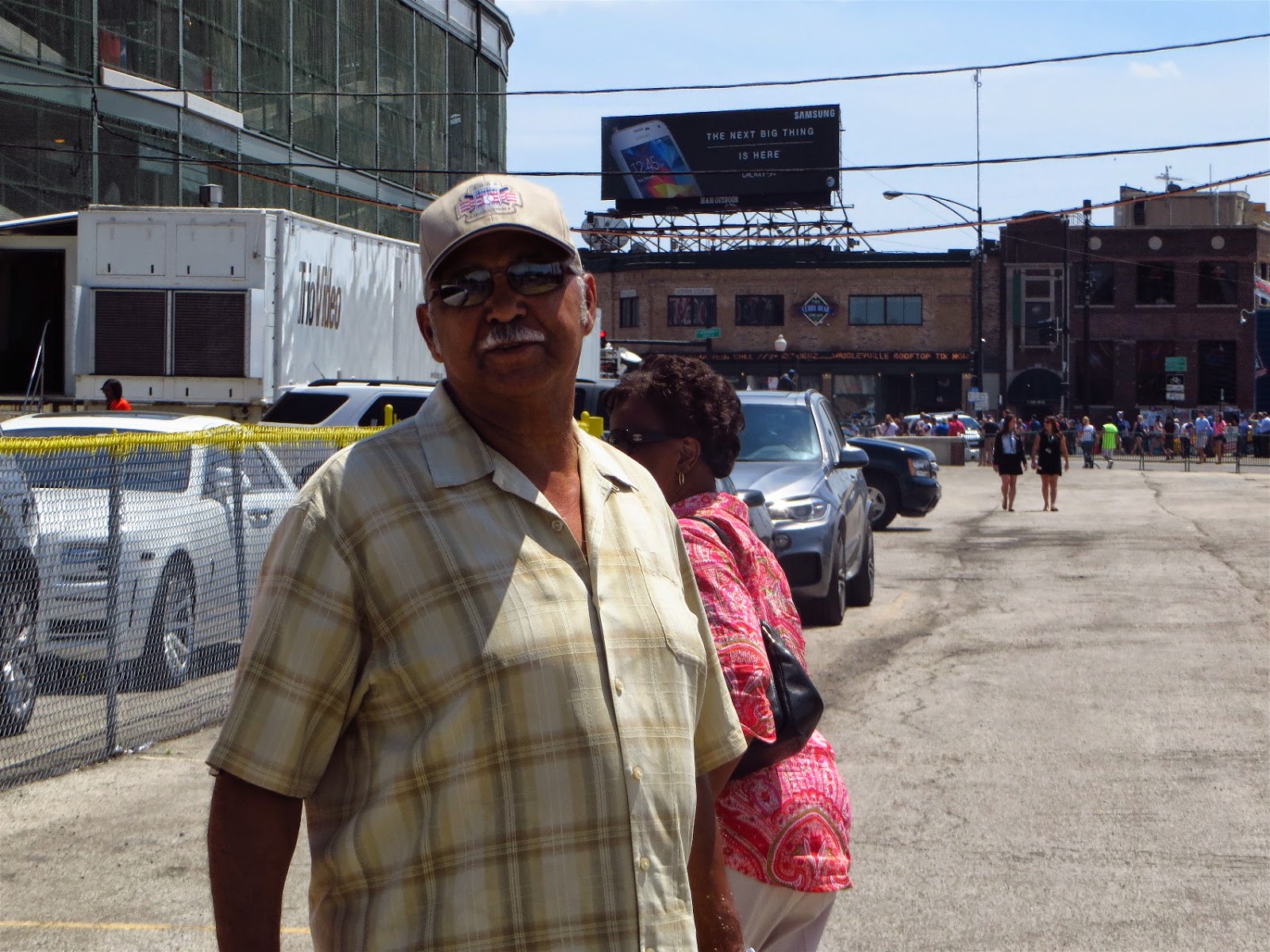 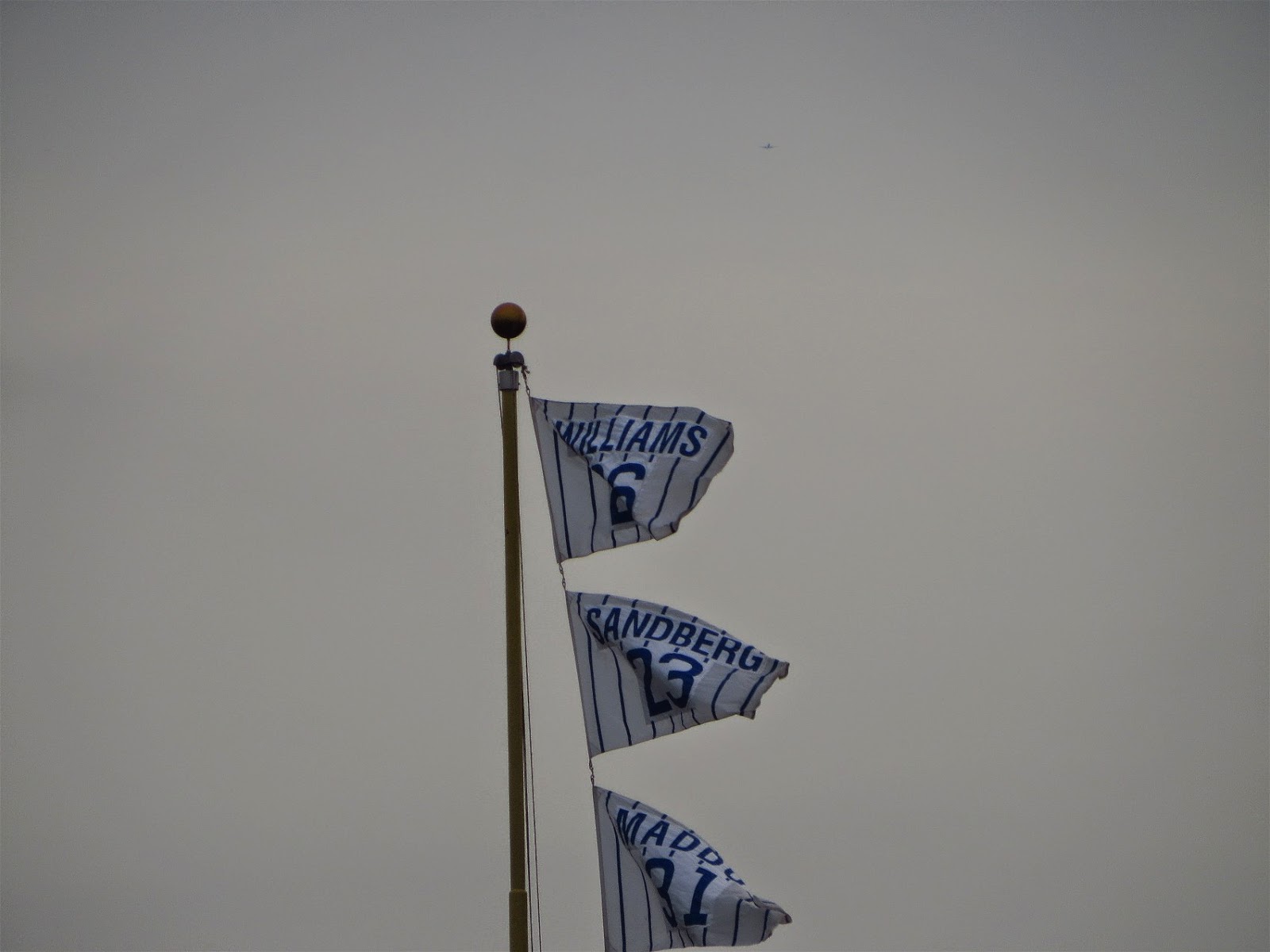 Just the fact that he approached us and took the time to chat shows what a great ambassador he is for the Cubs.
Posted by Swordsman at 21:02