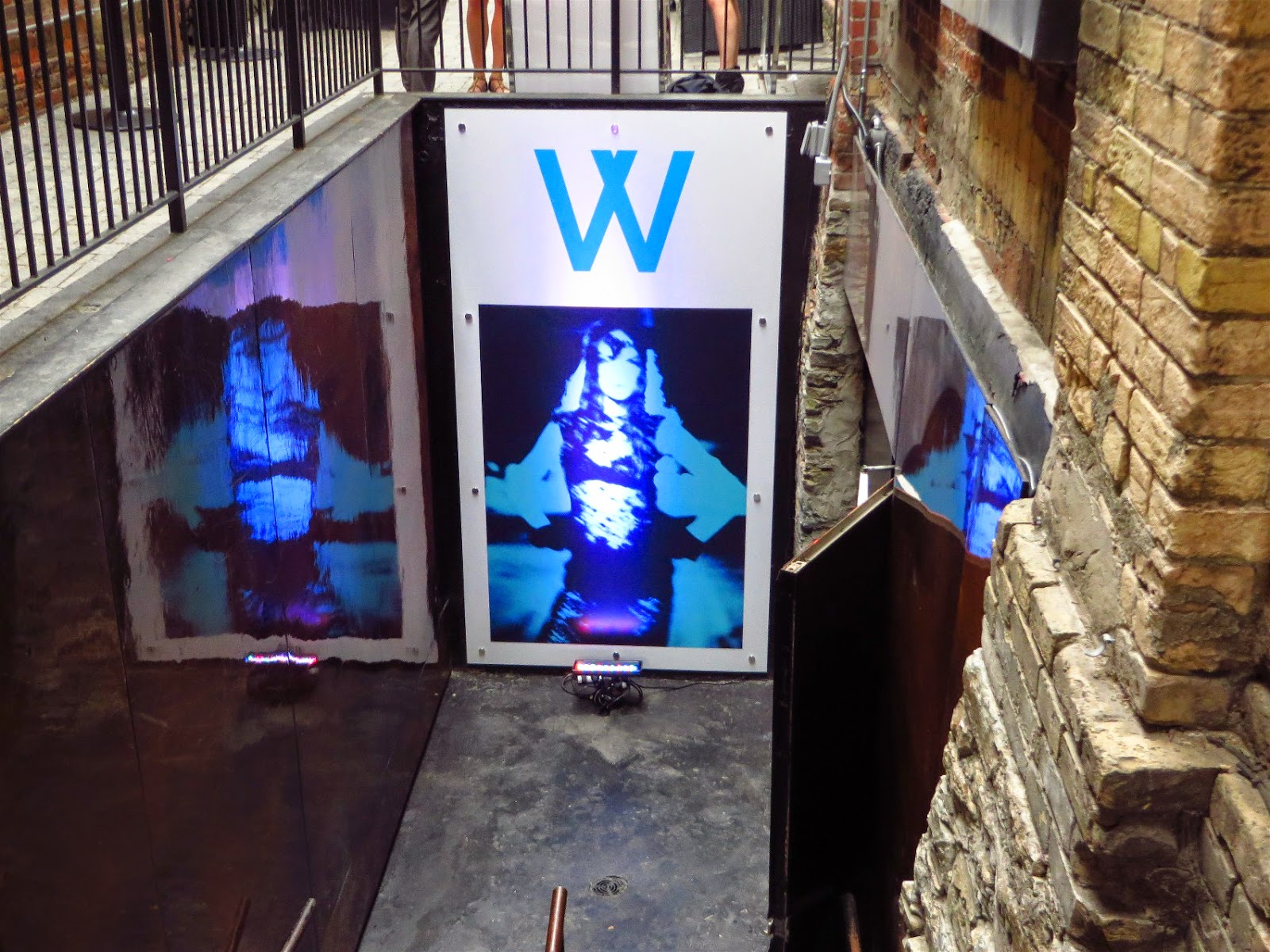 Tonight Teena and I attended the relaunch of West Bar on King Street West, just west of Spadina. That's the most I've ever used west in a sentence!

A few years the nightclub was called West, then became Cobra, and now it is back as West Bar. It's located downstairs in an alley between two very cool old buildings. I walk by these buildings every day and love the arch that joins the two. 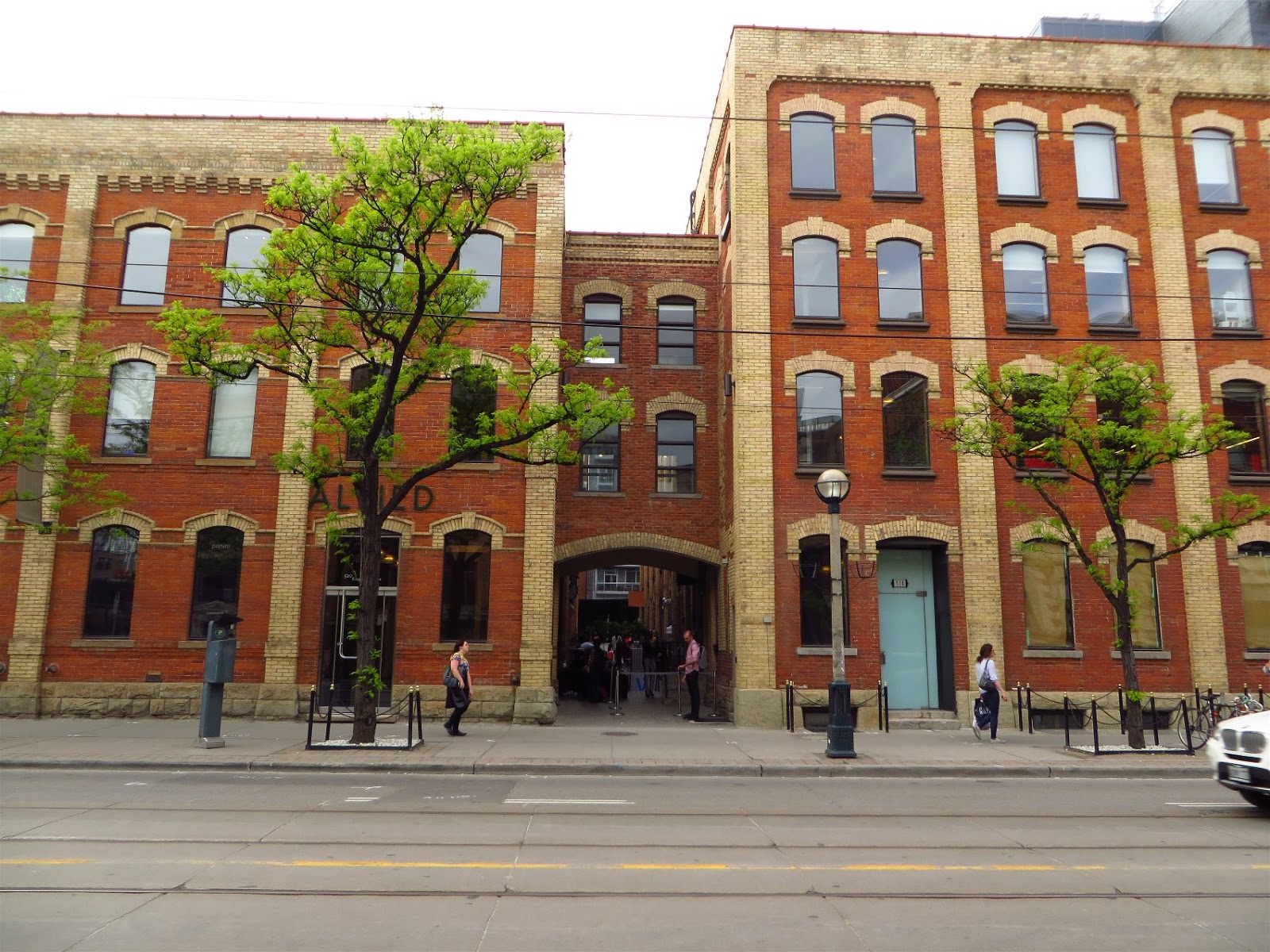 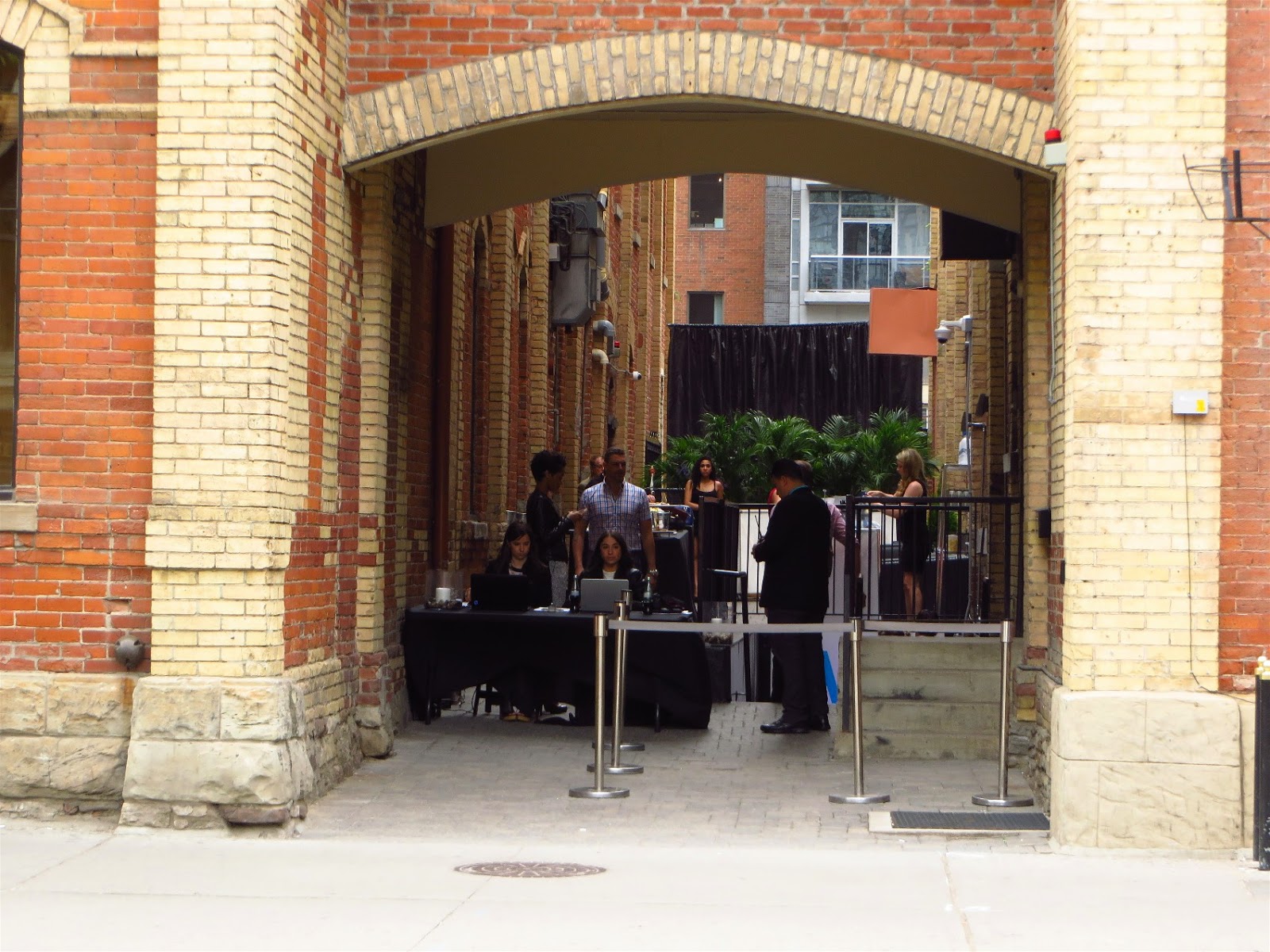 Outside they were serving oysters. 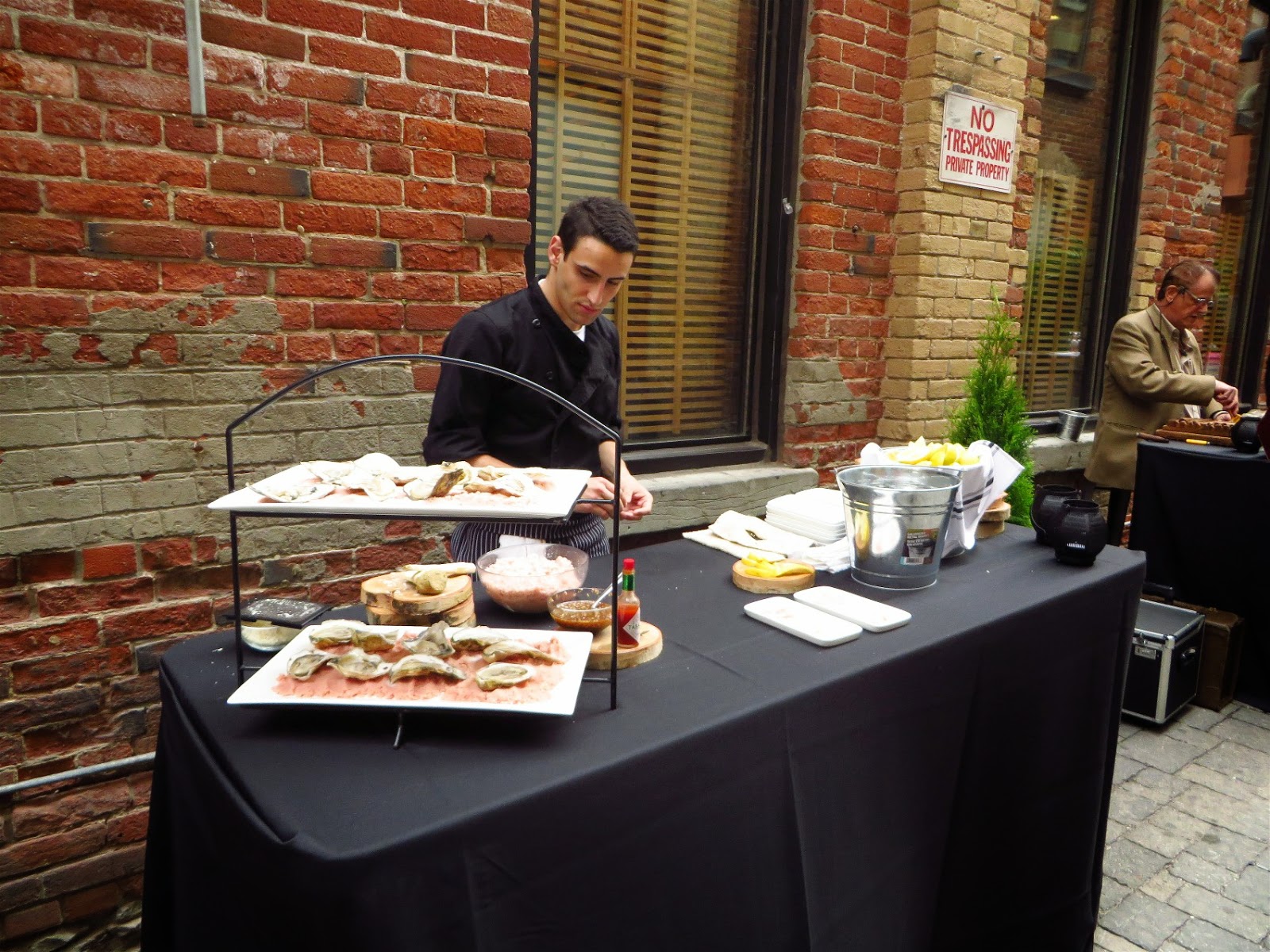 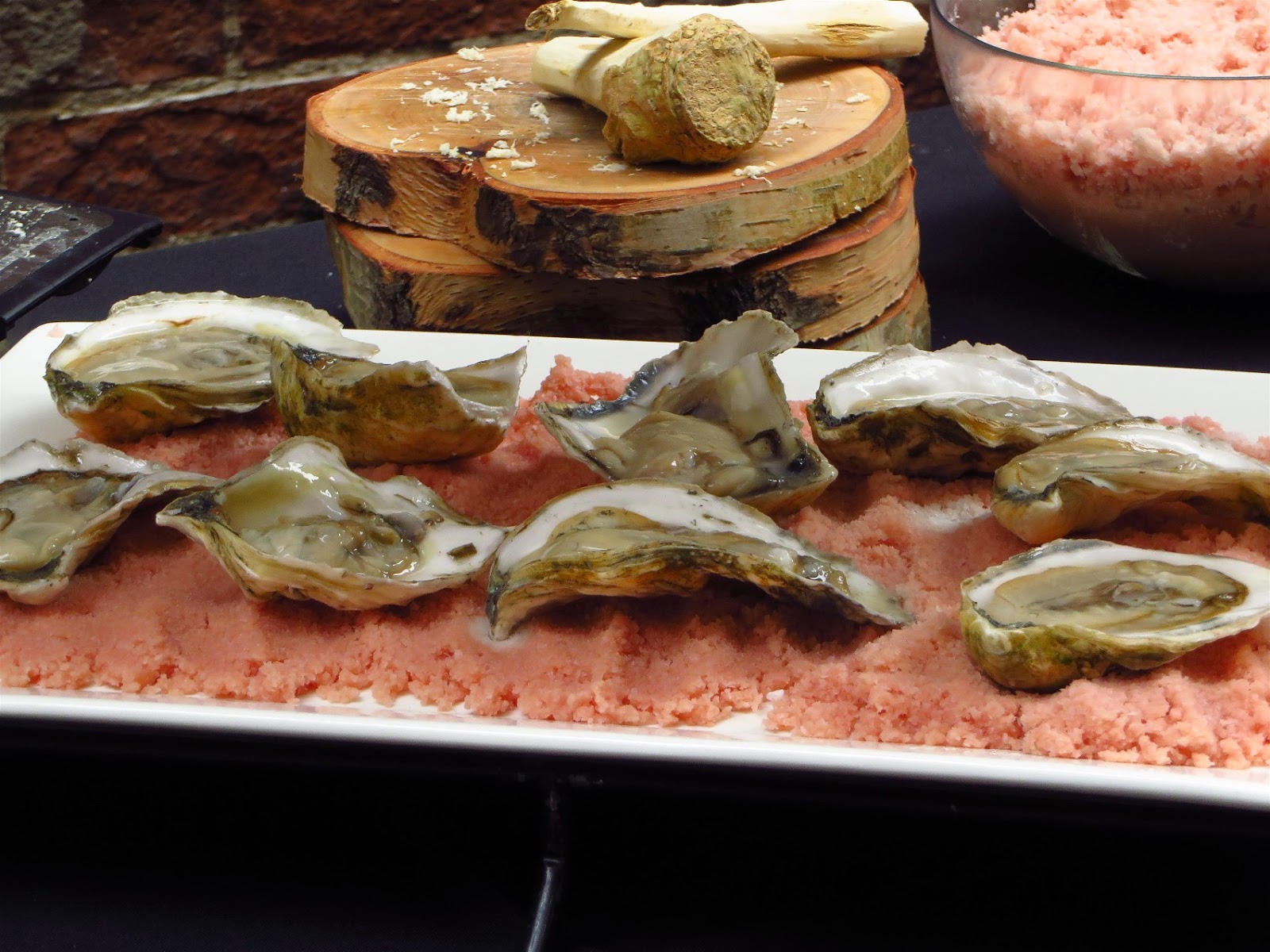 Frank Correnti of Frank Correnti Cigars was there doing what he does best ... rolling cigars. We talked to him for awhile and it was interesting watching him work. It is a long slow process to build a cigar. 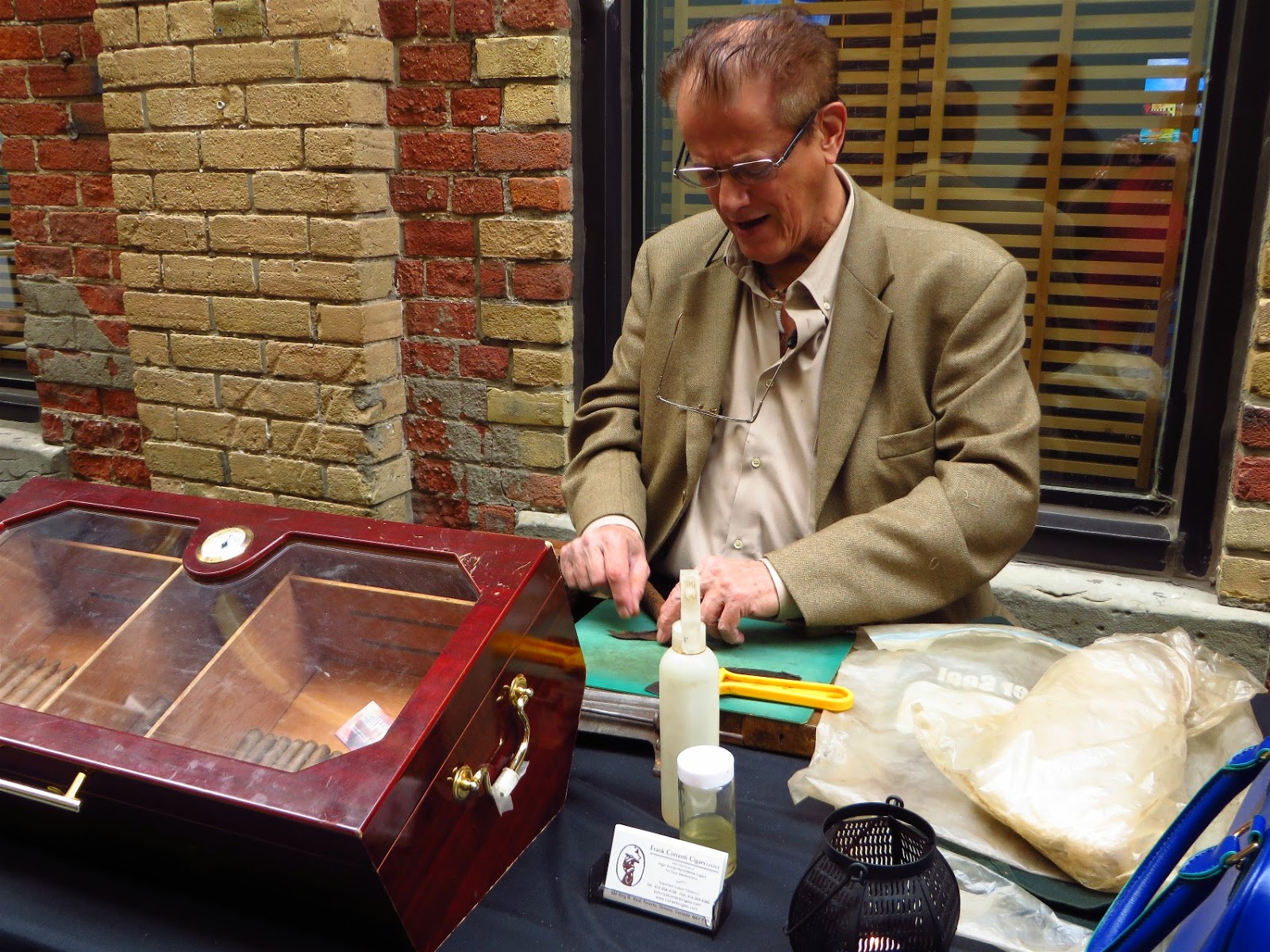 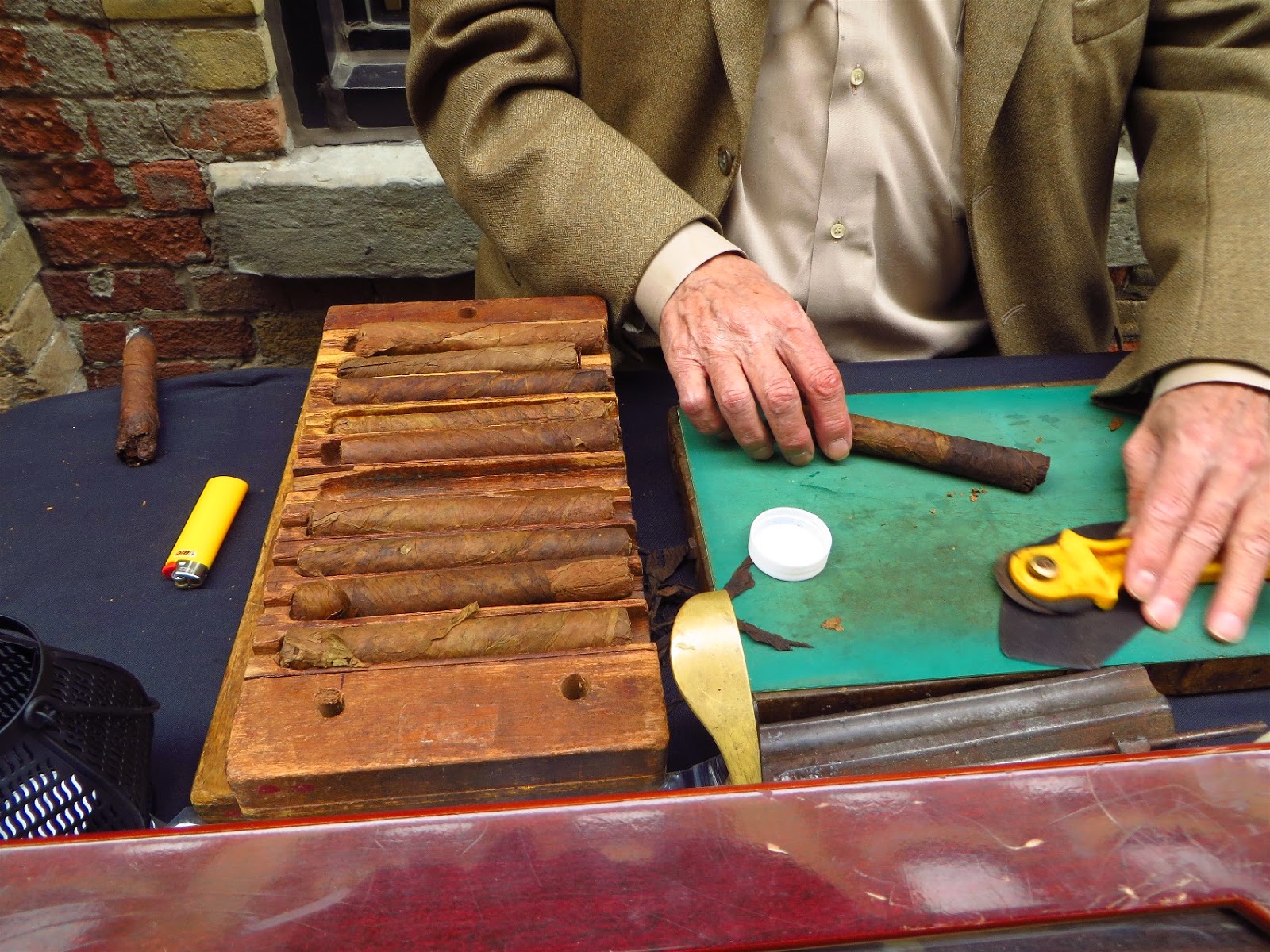 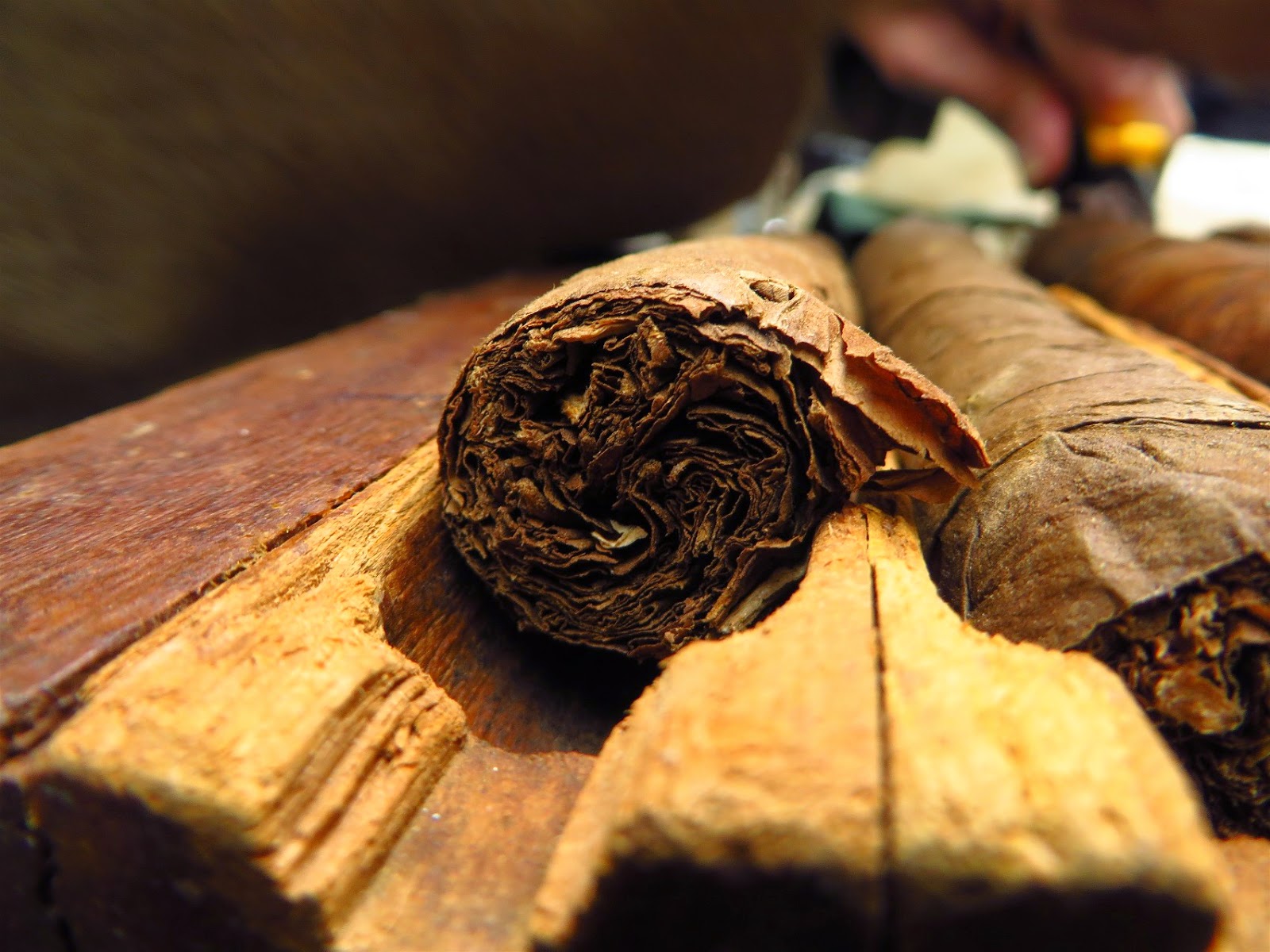 Outside too was a martini station where Alex made a martini appropriately called the Westini. It contained Grey Goose Vodka, strawberries, lemonade and mint. It was delicious! 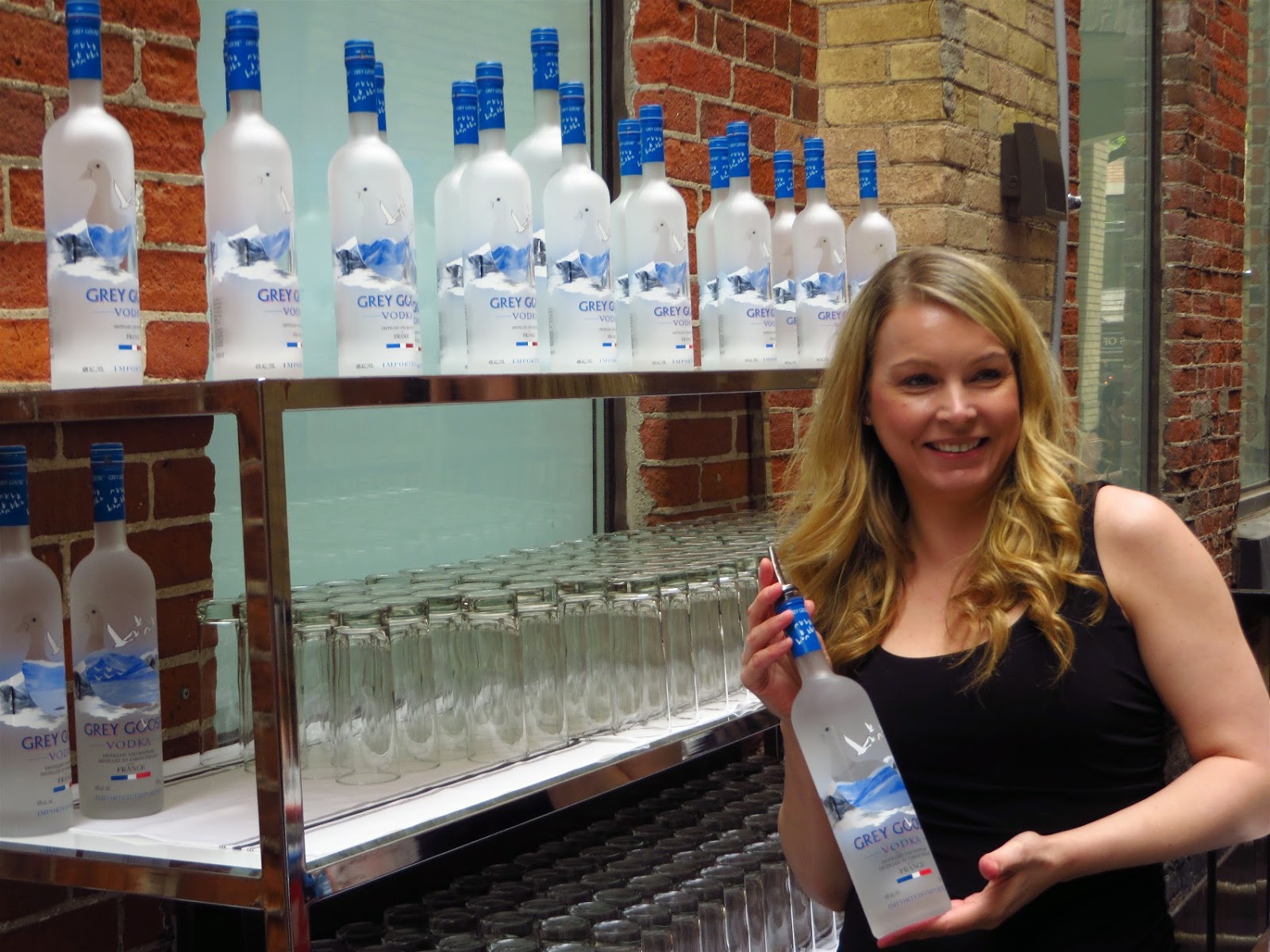 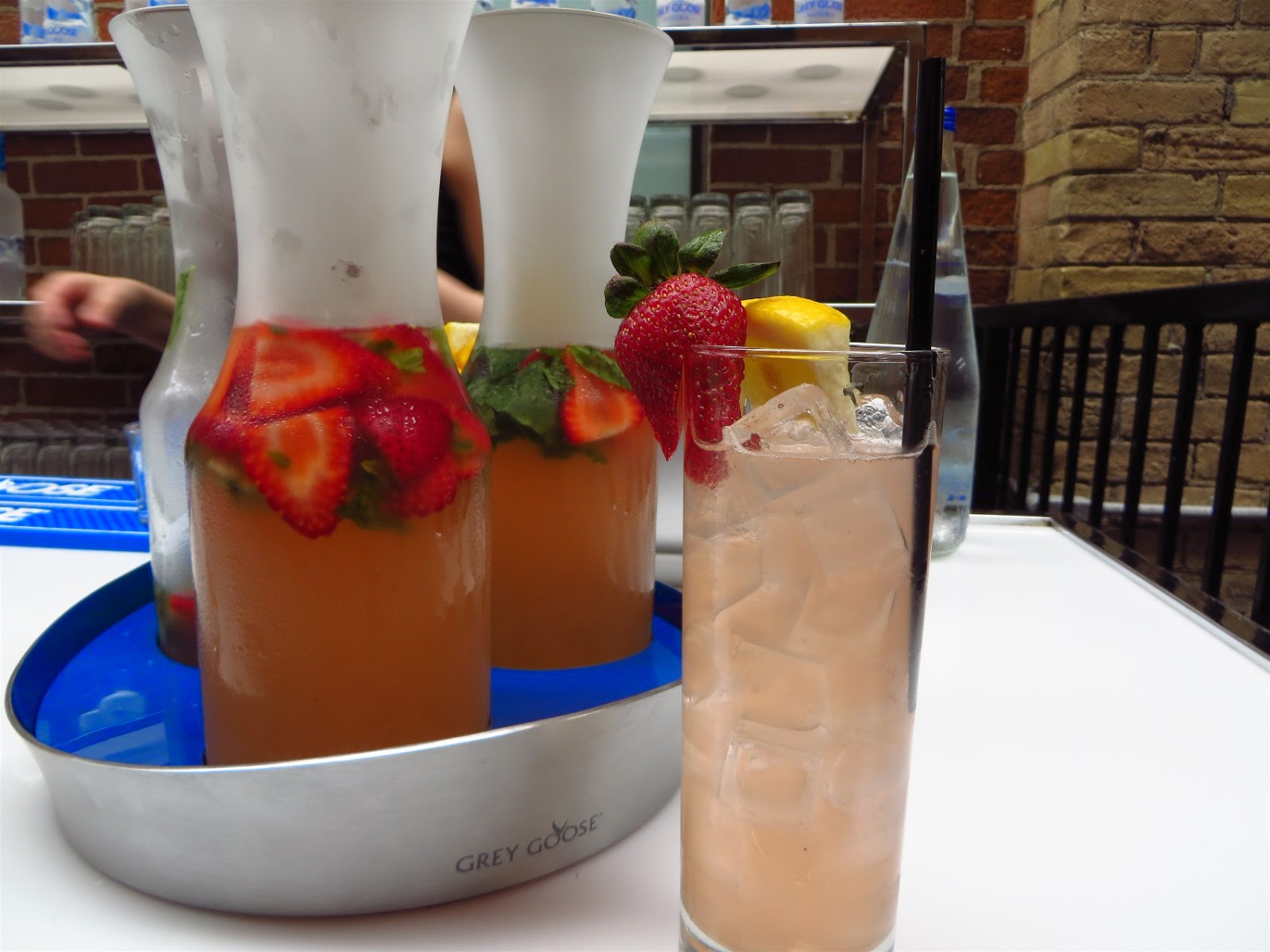 Teena and I arrived right when it opened, which is the best time to get some decent pictures. The place filled up quickly as the night went on and was jammed when we left.

There are three serving stations inside downstairs. 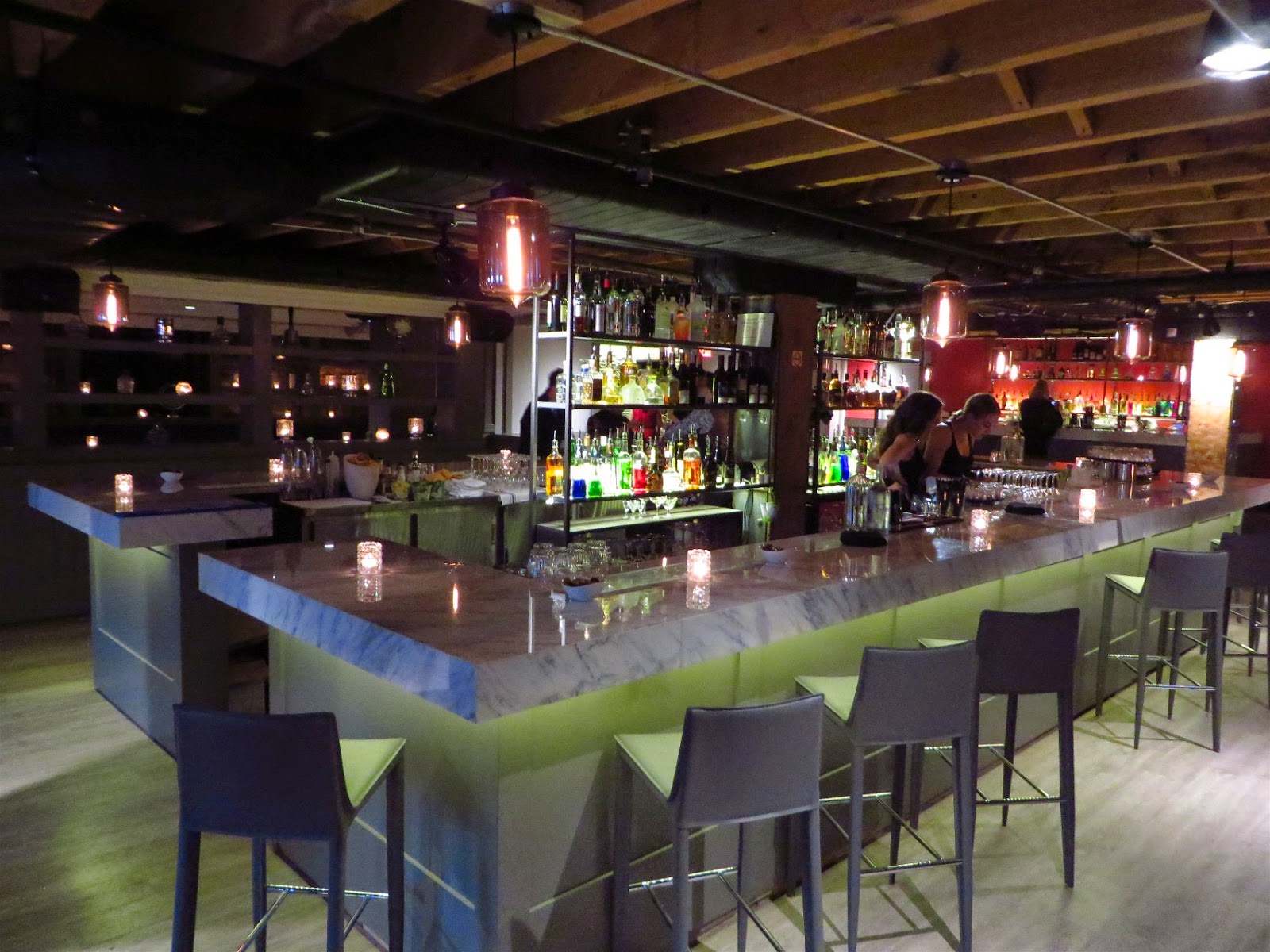 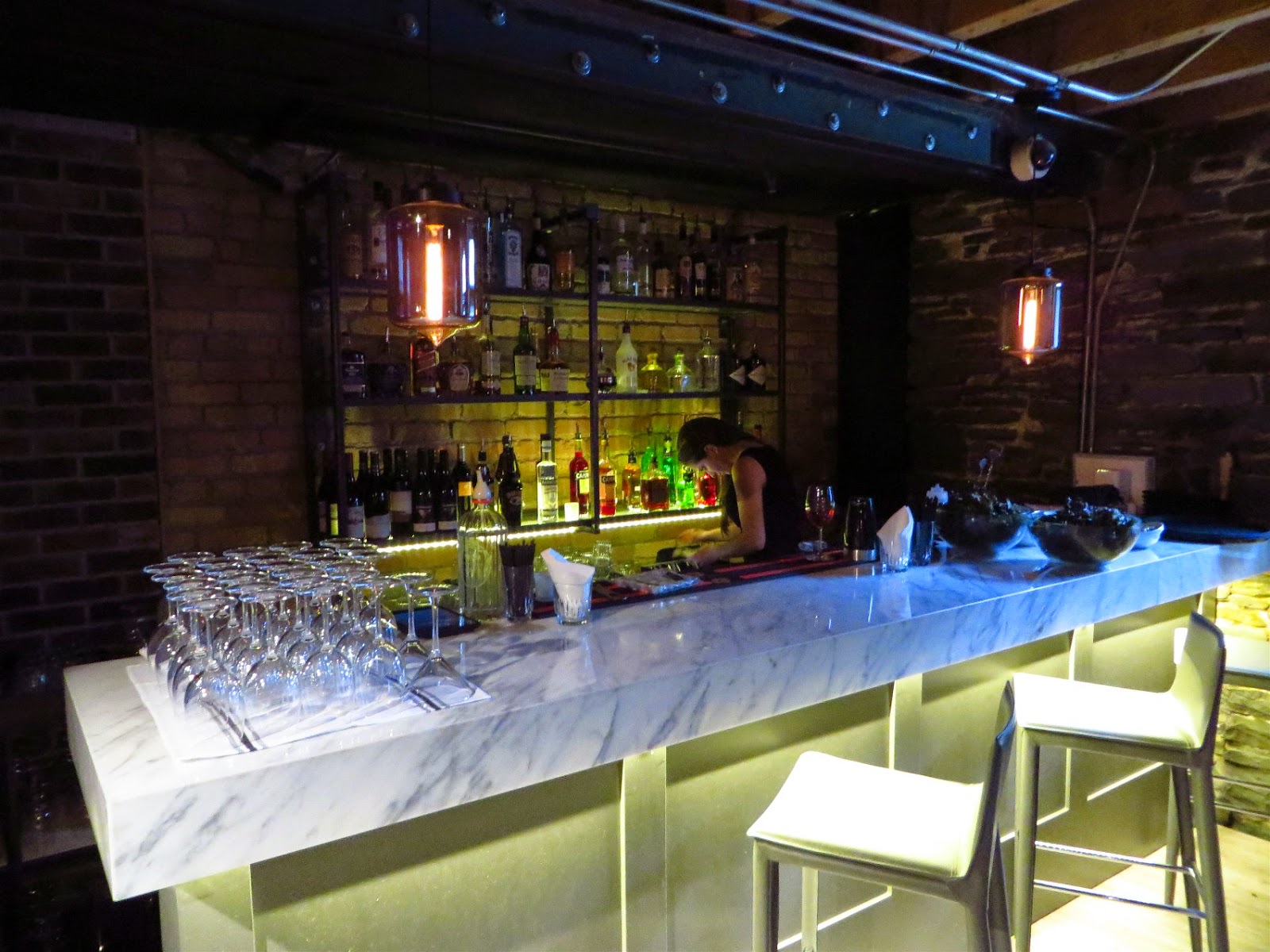 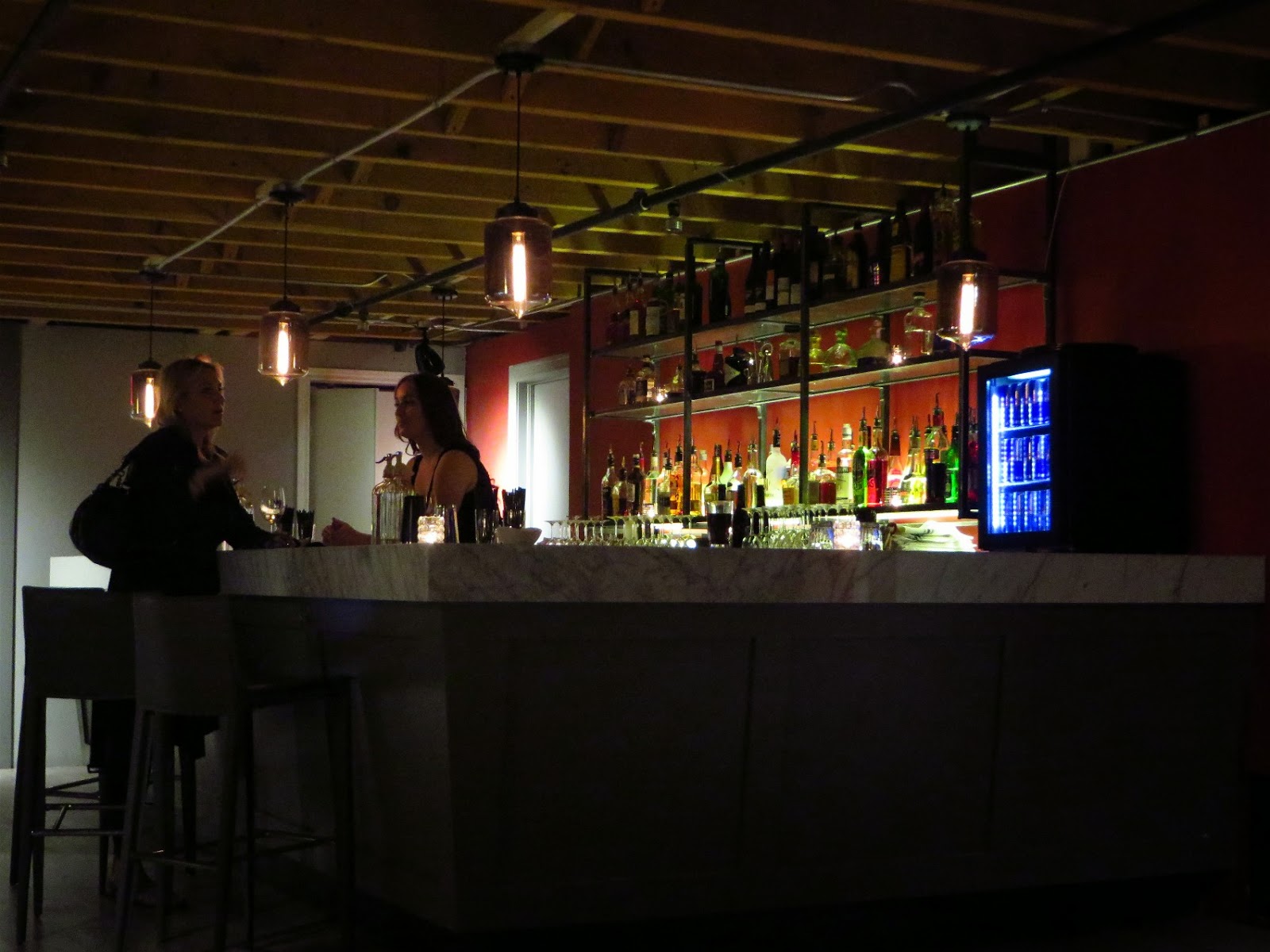 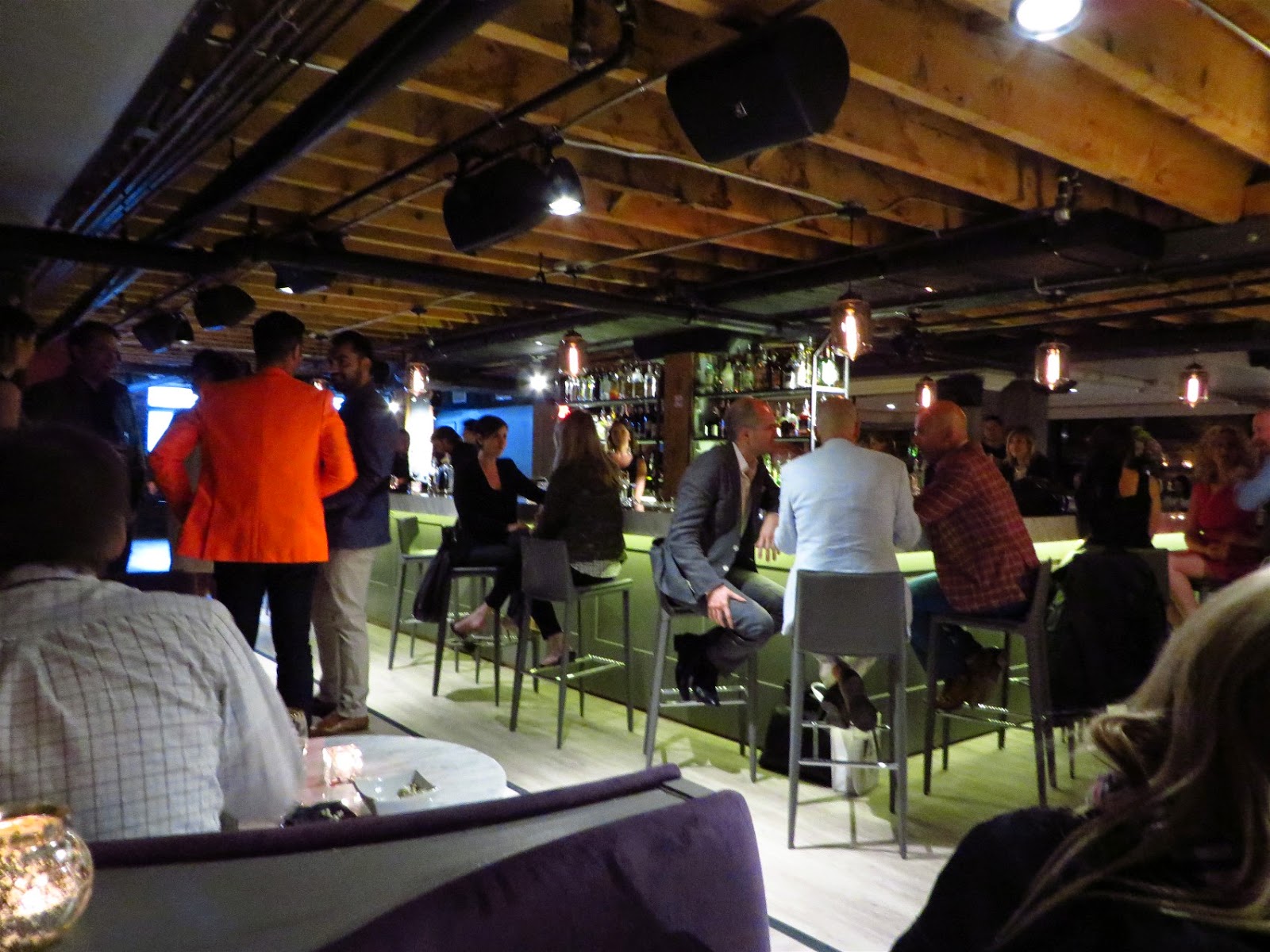 Then came the food samples. We were started off with smoked salmon with caviar on a cucumber slice. I found the cucumber overpowered the rest and am not a cucumber fan anyway so had a few more and just used the cucumber as a serving dish and not eating it. 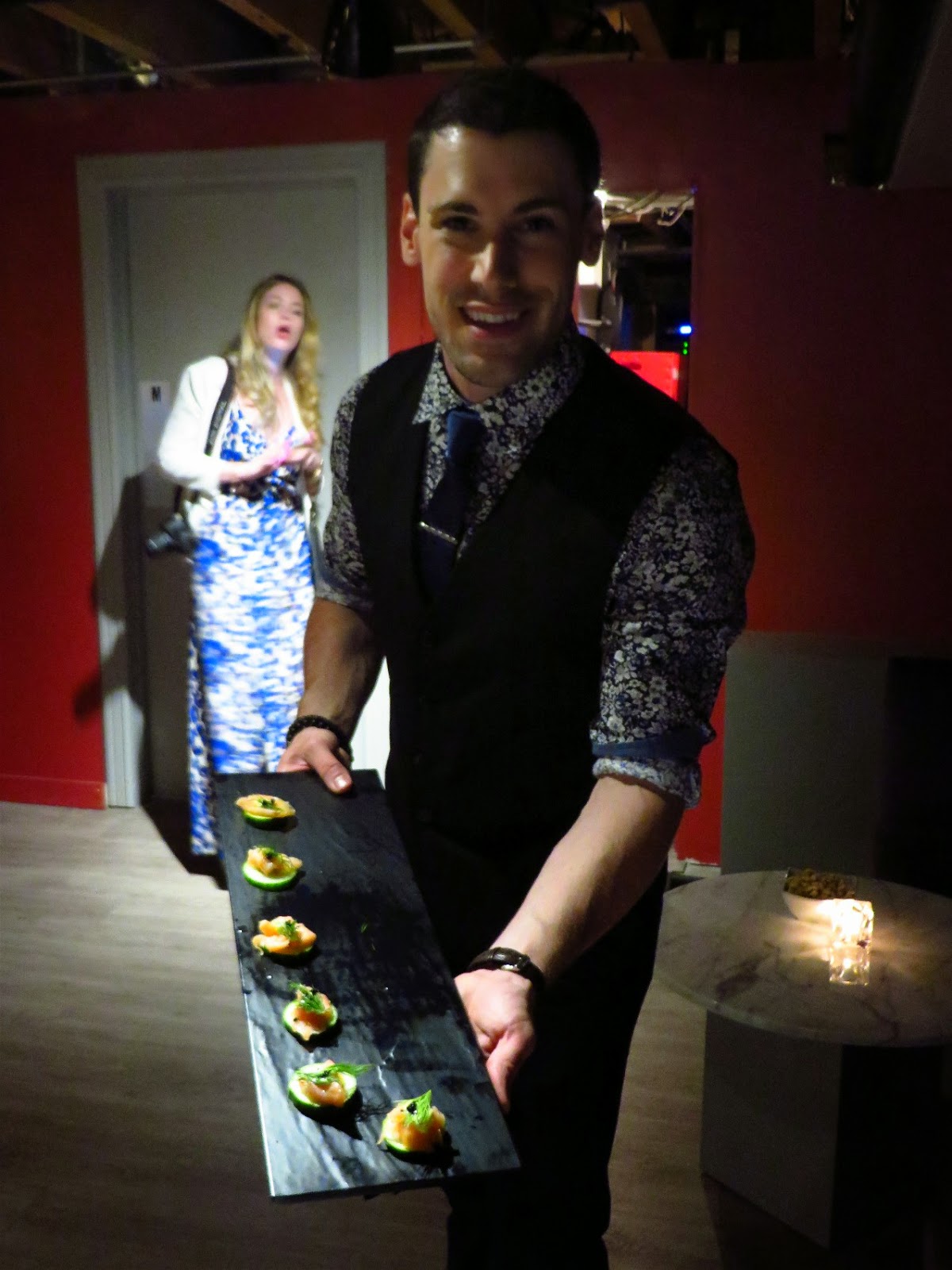 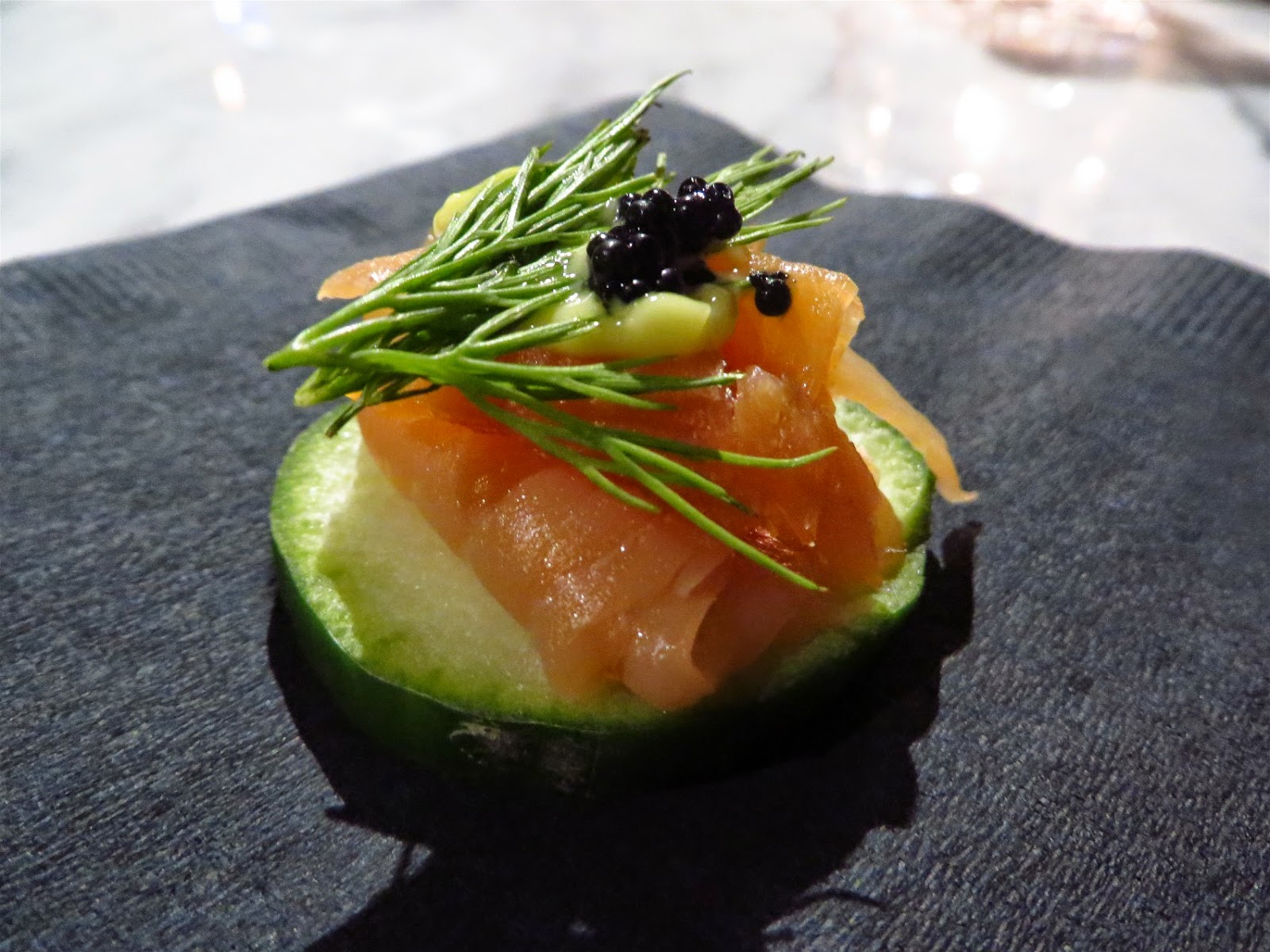 Next up were grilled cheese sliders which were quite good. 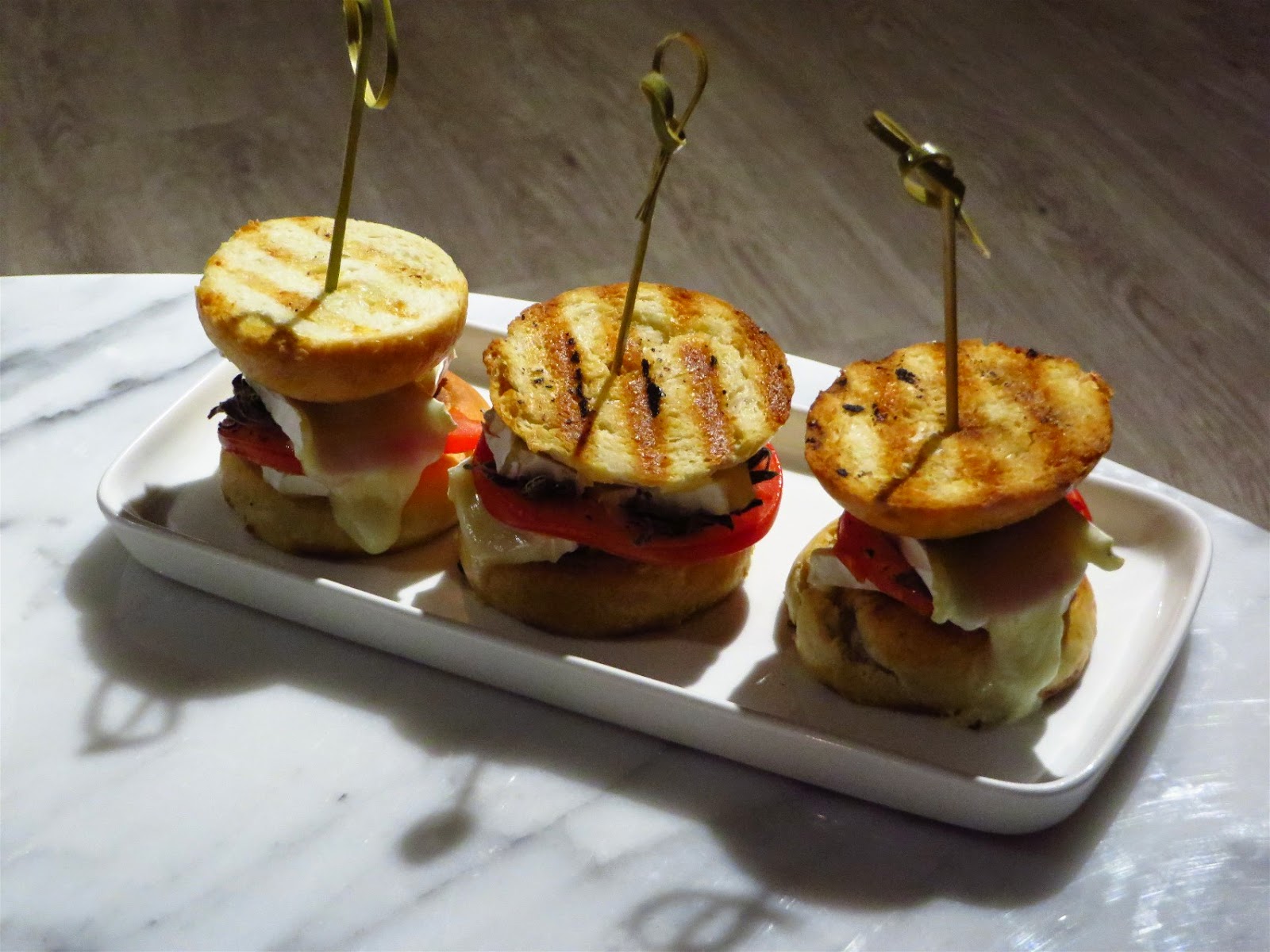 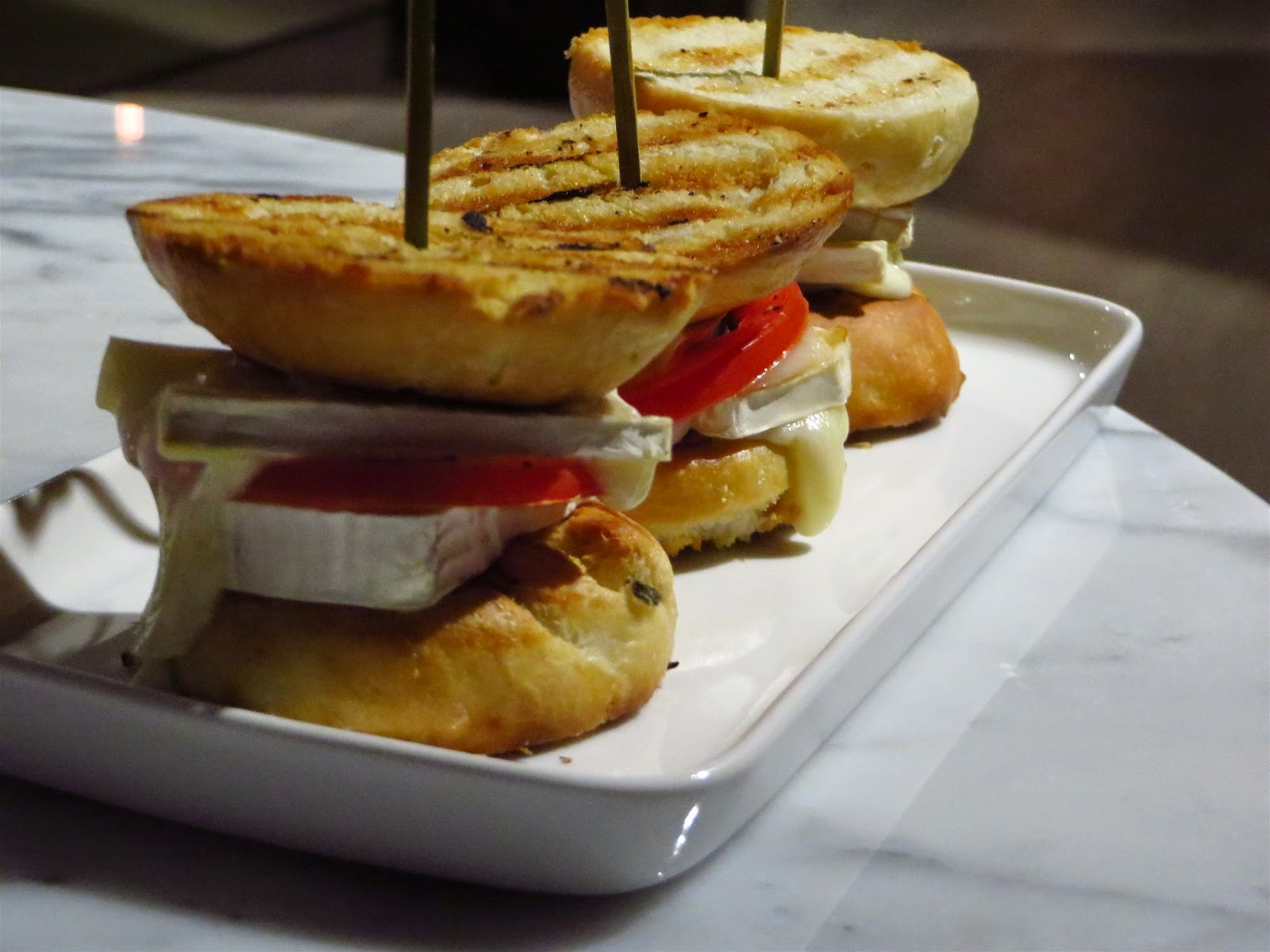 I had a mojito. It was OK, not great. 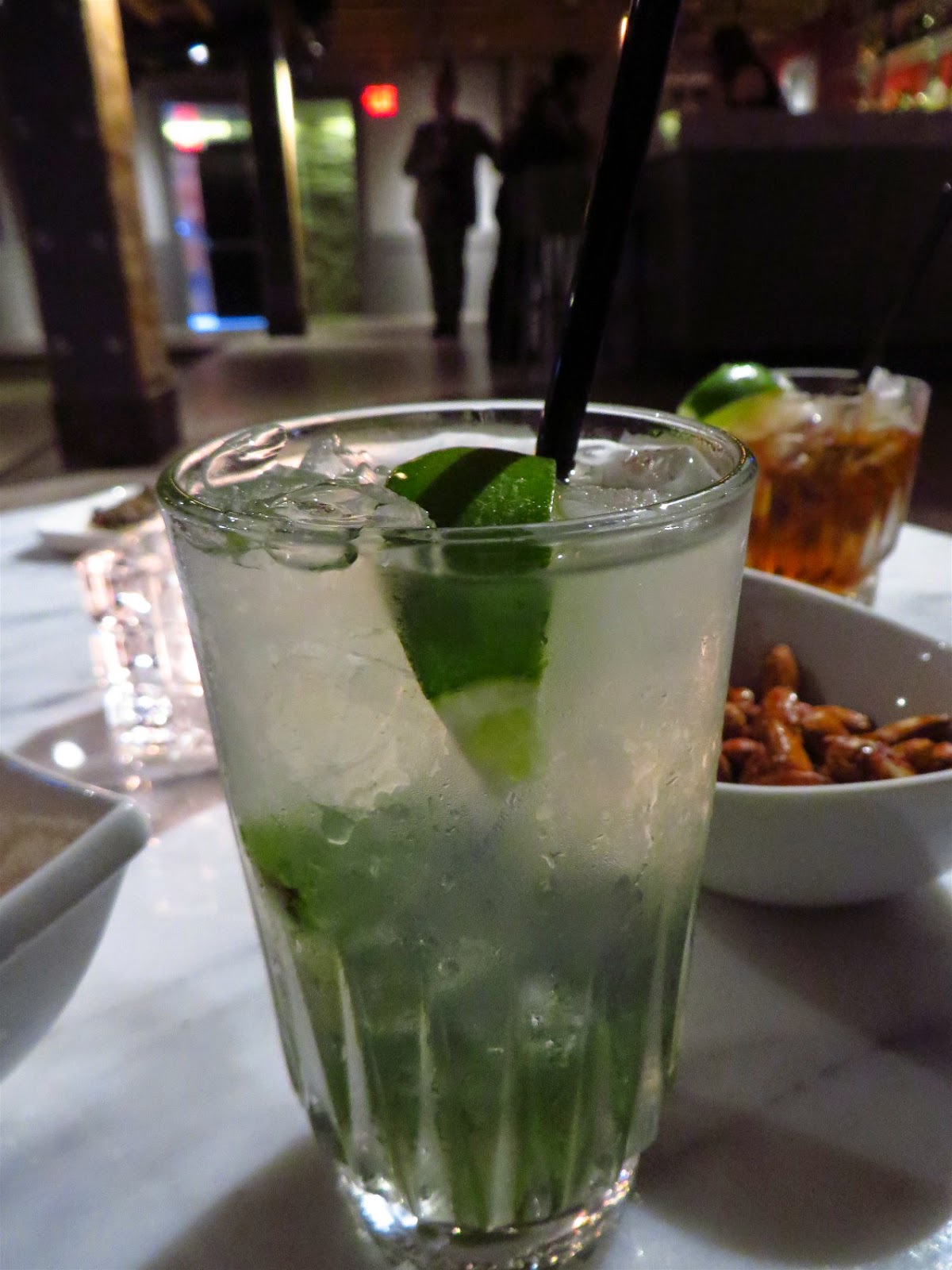 Then we had my favorite of the night, grilled cheese with bacon and caramelized onions. It was fabulous! 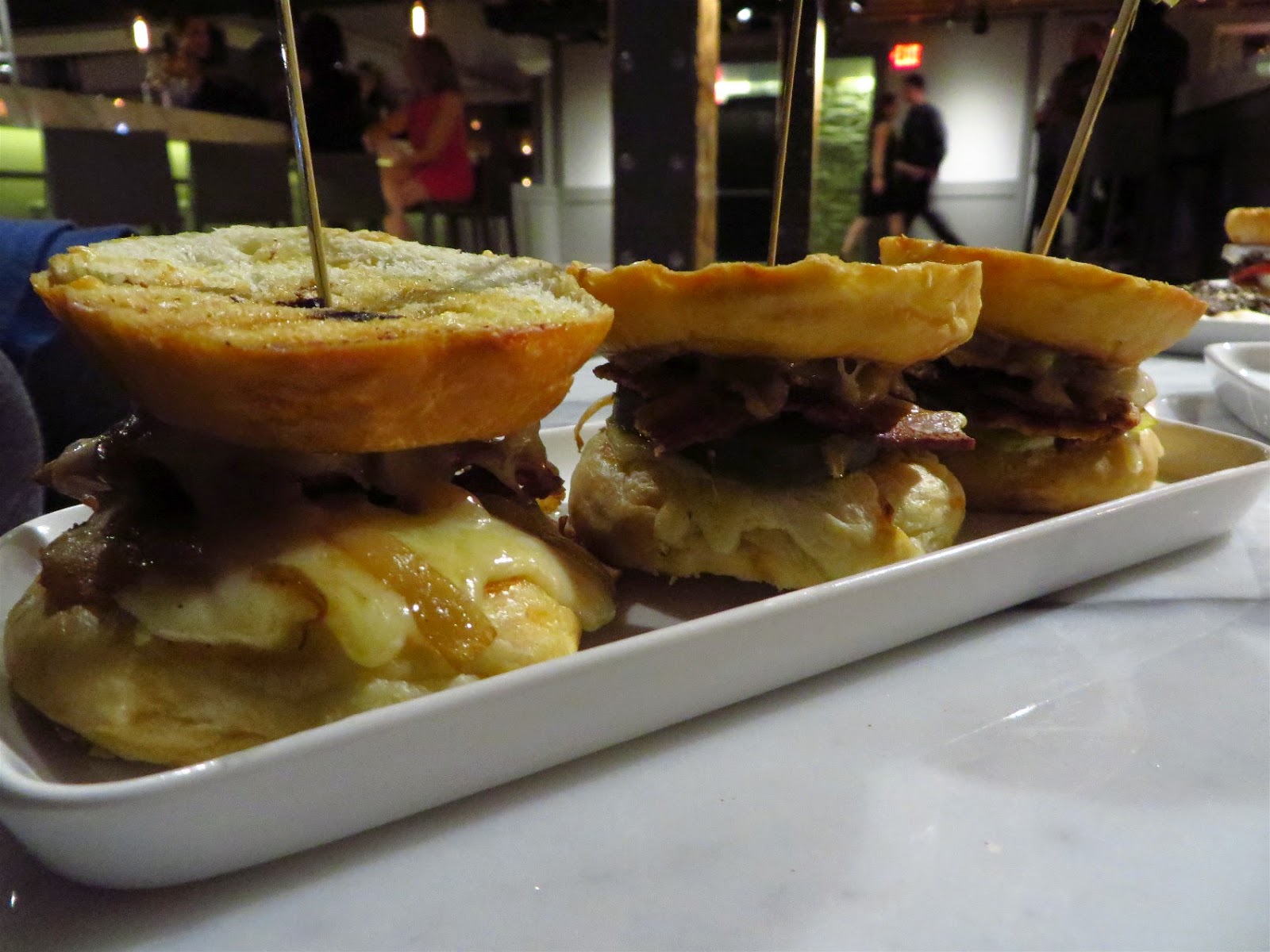 Chocolate covered strawberries were Teena's favorite of the night. 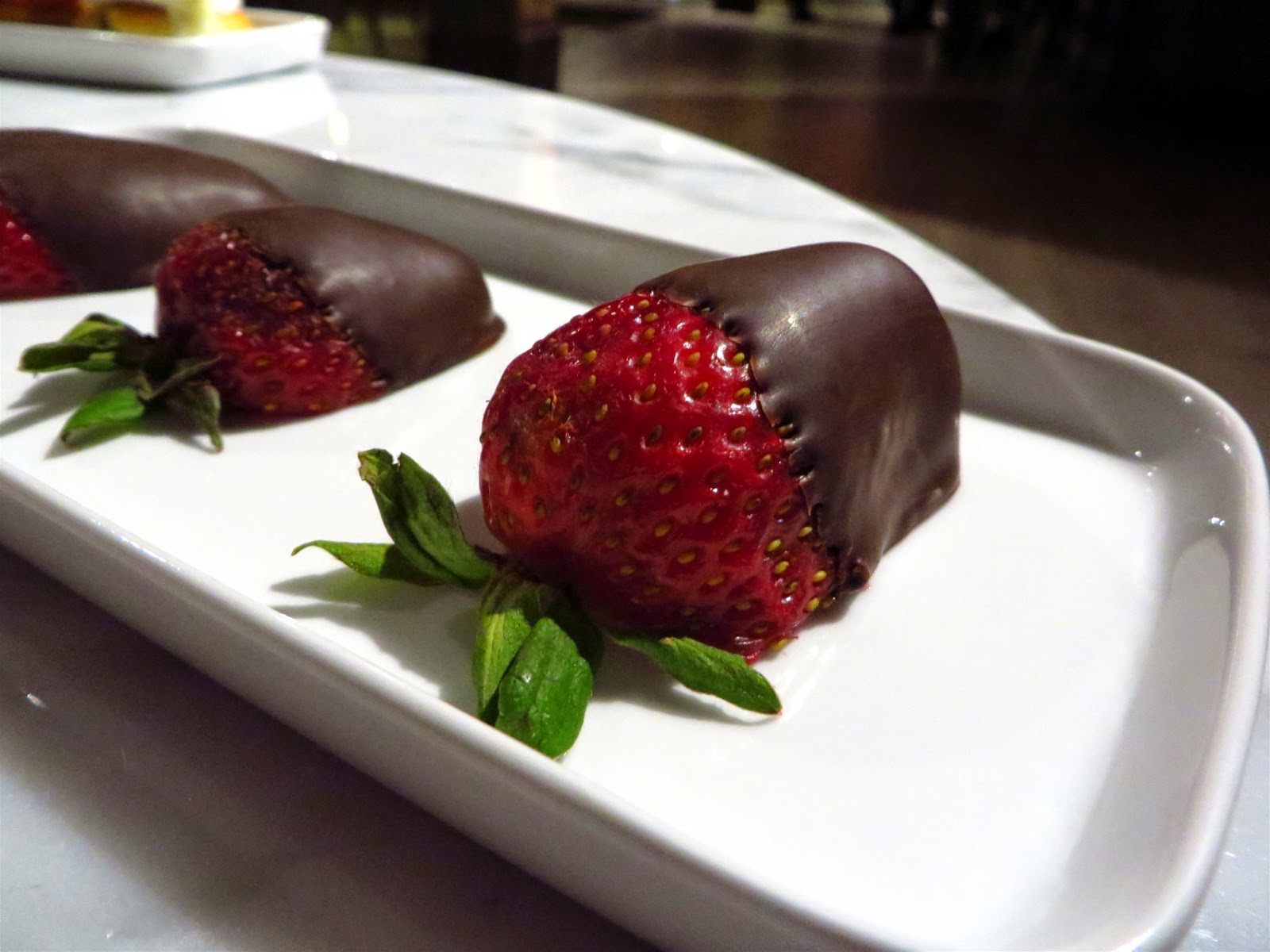 For snacks, there was spiced popcorn which was good but also almonds drizzled in truffle oil. I love almonds and the truffle oil added a wonderful earthiness to them. 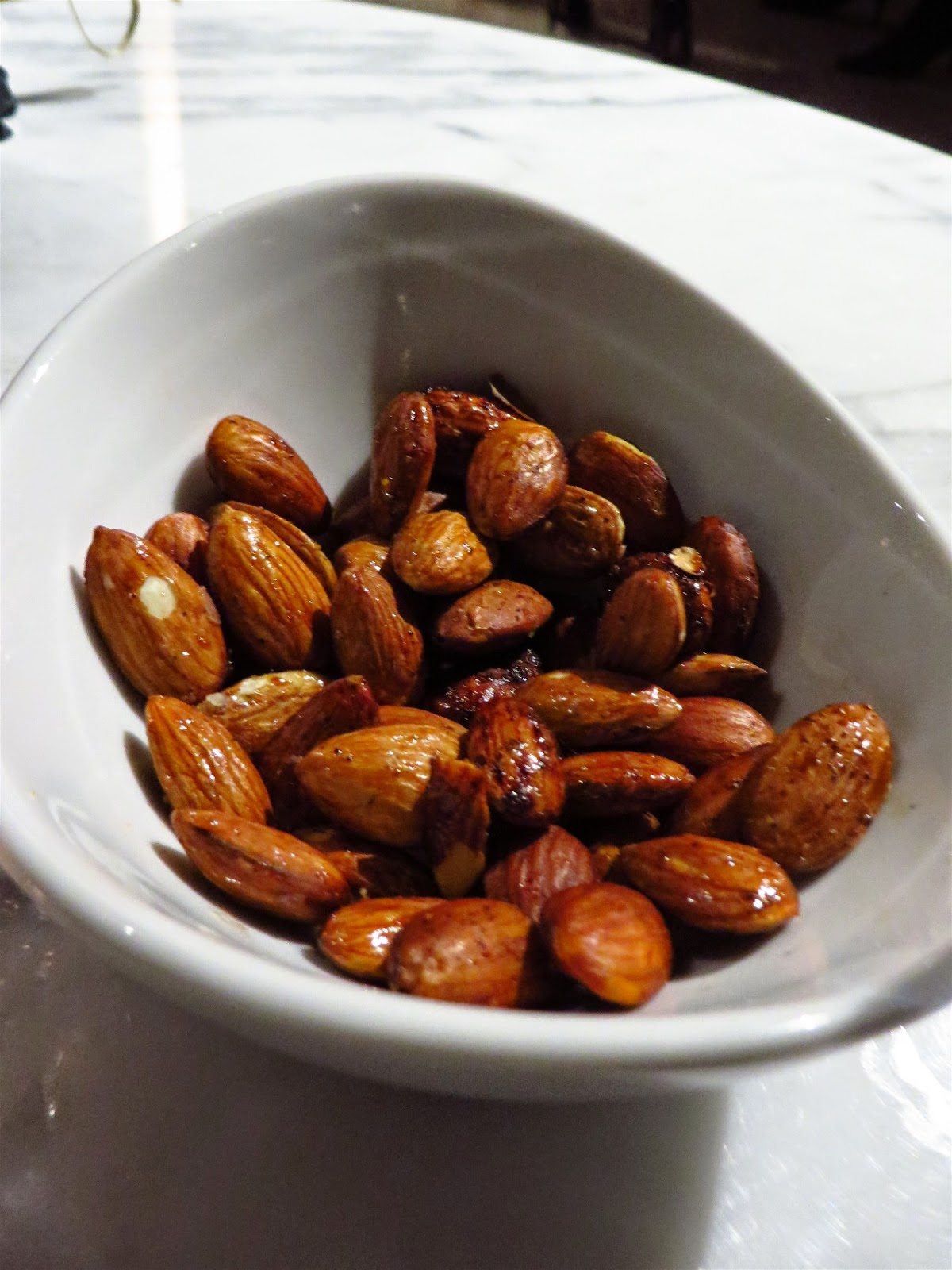 Our final sample was a great treat ... bacon rolled in a tight ball. Pure bacon. How can you not love that! 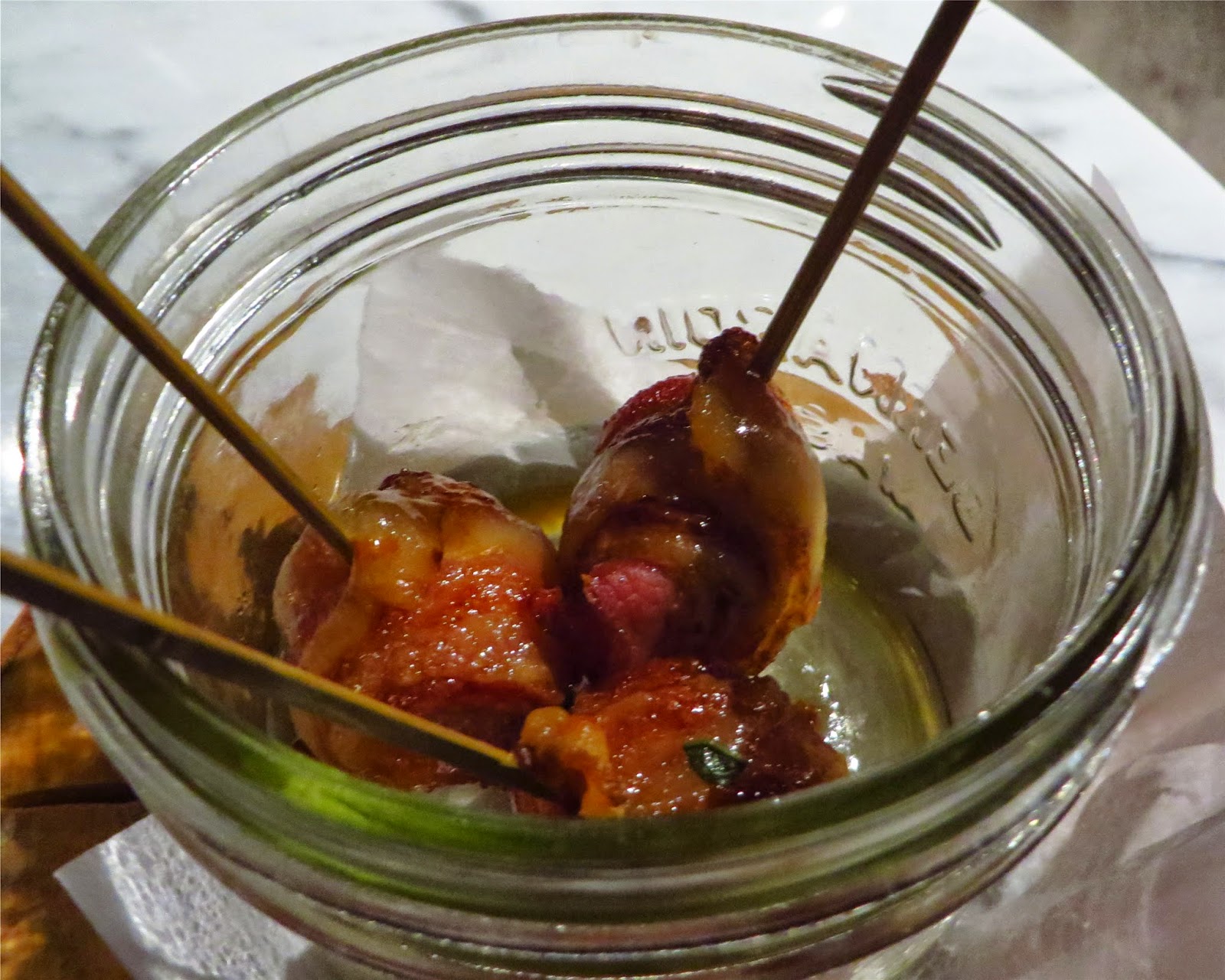 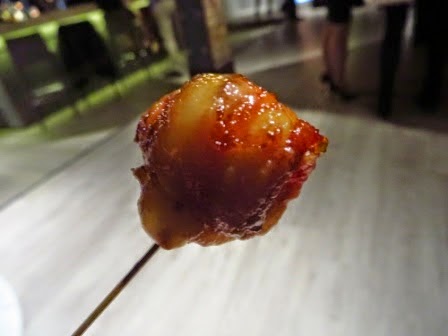 I have heard a lot about kale chips and they had them fresh made there so I tried them for the first time. Yuck!

Caroline of Caroline's Culinary Delights,  loved them and ate all mine. I always like it when there is an expert around. Now I know I had great kale but still do not like it! 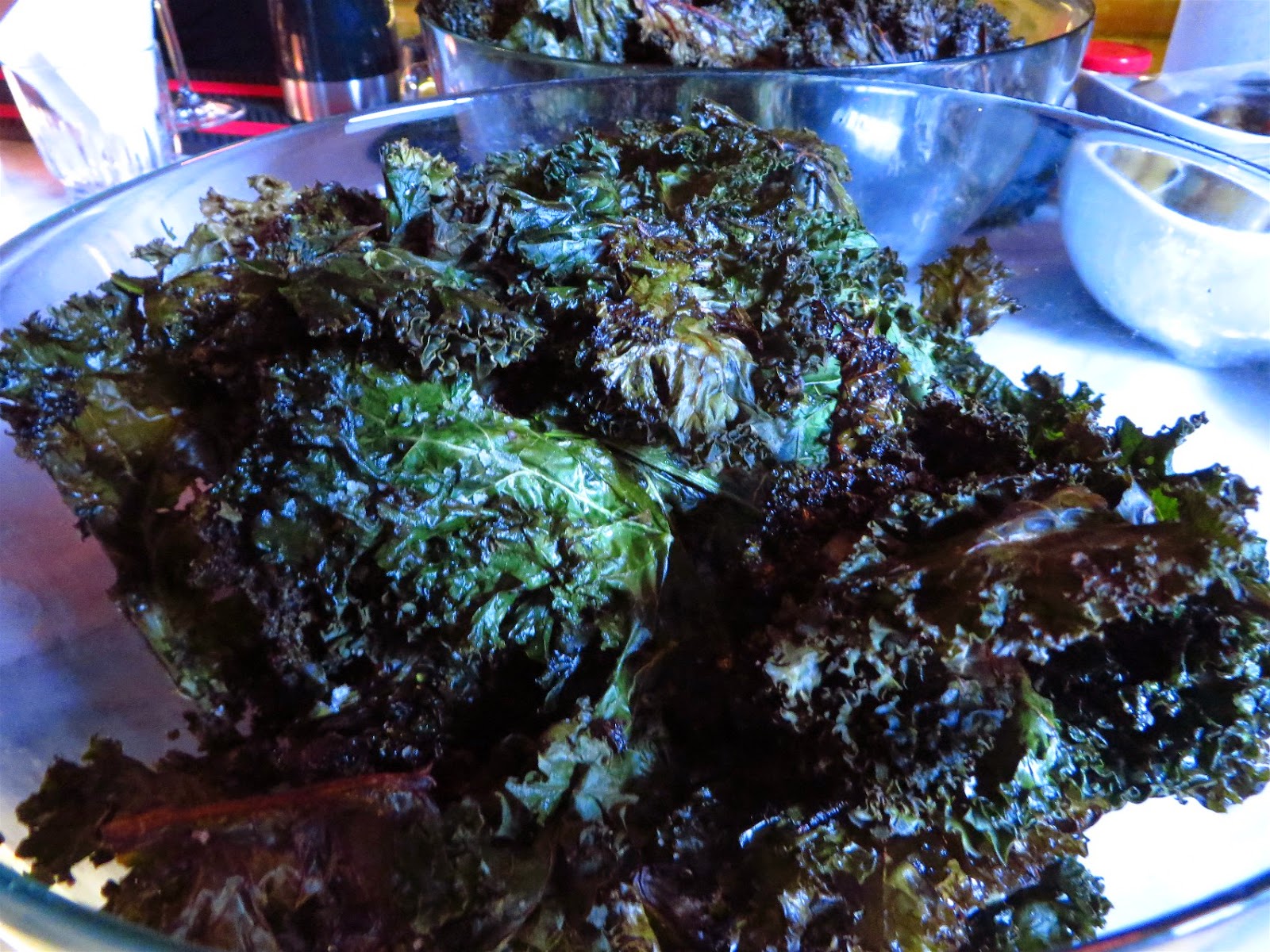 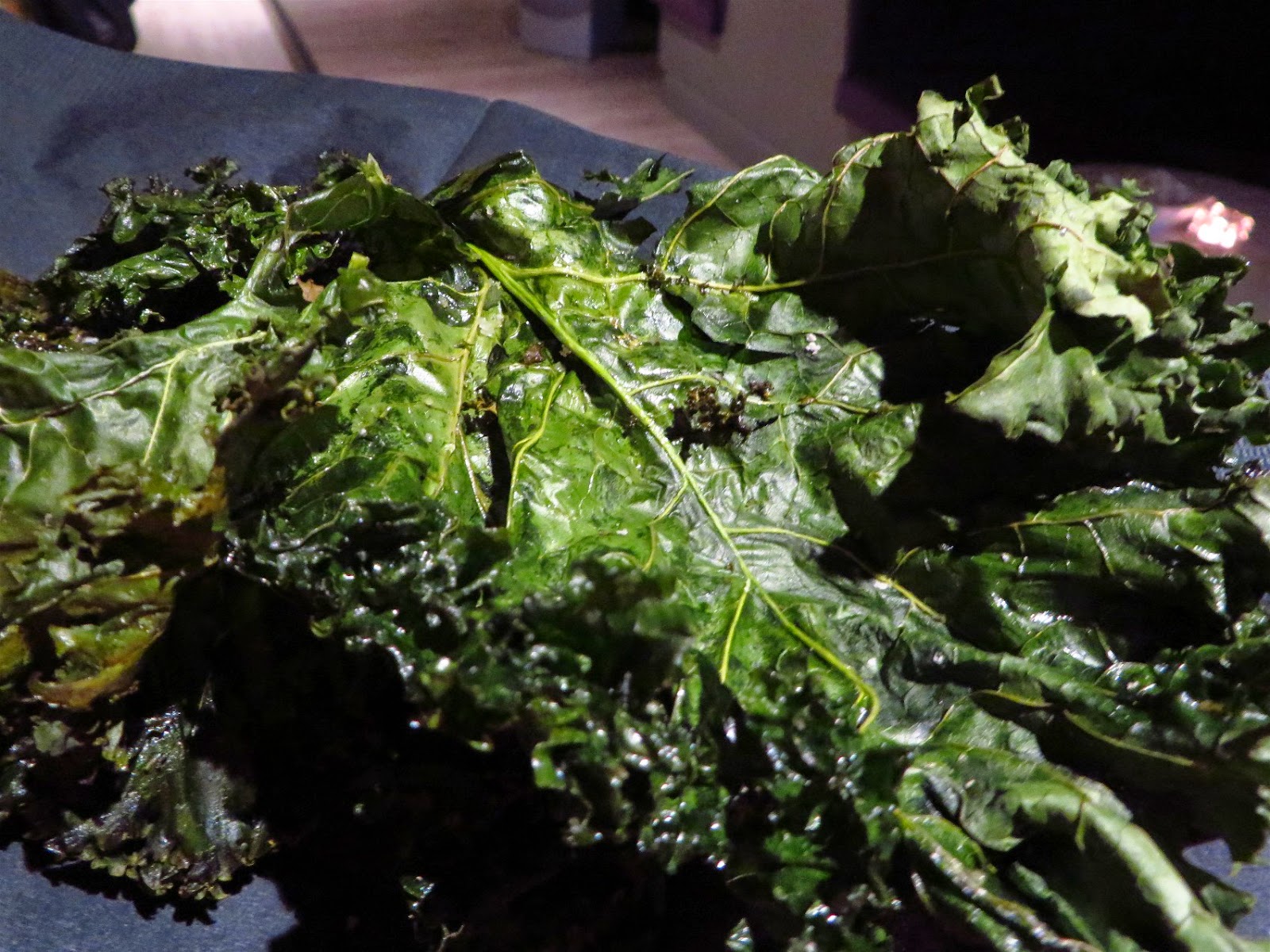 West was jammed when we left. We had a great time and it is a place worth checking out. 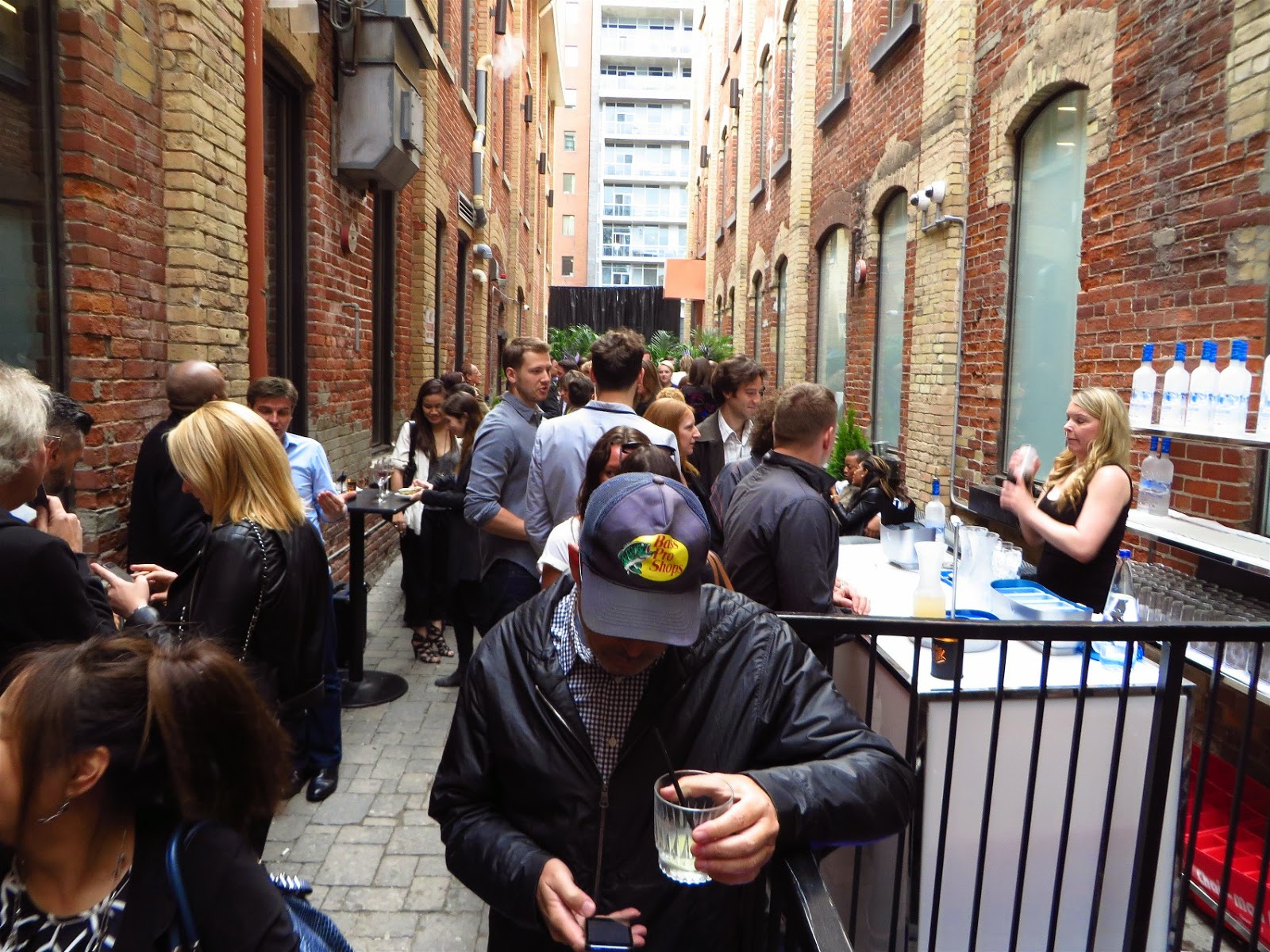