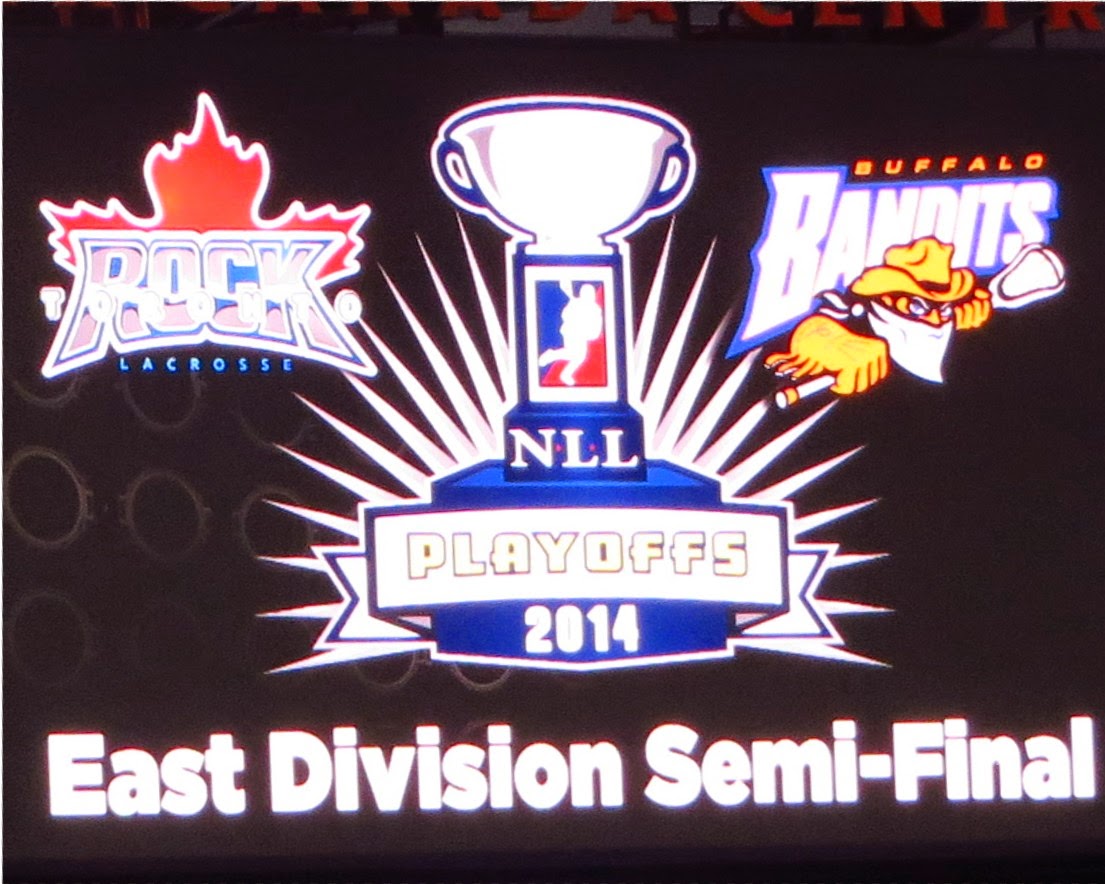 Tonight the Toronto Rock hosted the Buffalo bandits in a first round sudden death elimination playoff game. The Rock came into the game with a four game winning streak while the Bandits, once 8 -2, took an eight game losing streak into tonight's game. But it is sudden death and anything can happen. 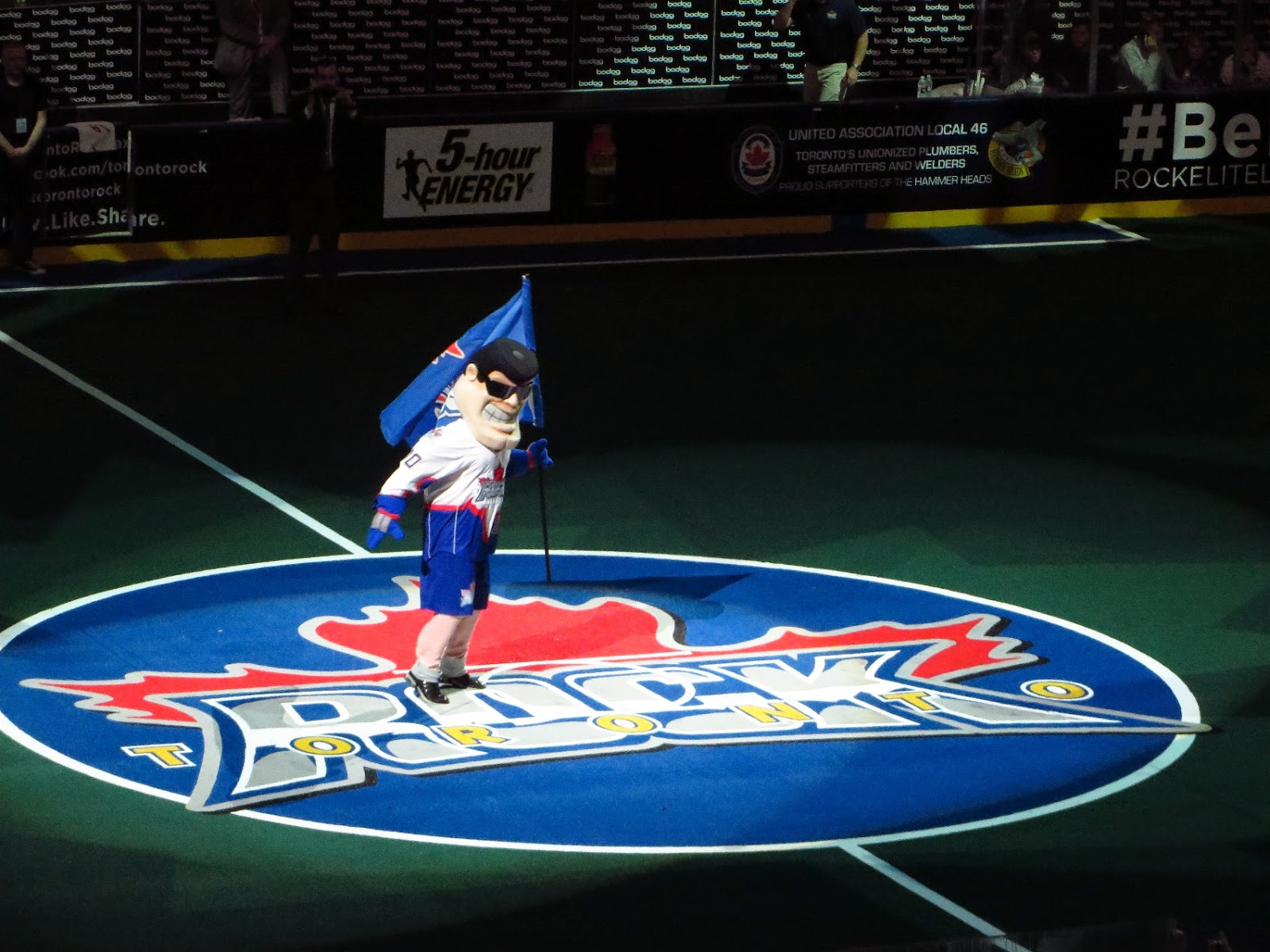 The Toronto Rock Cheerleaders were ready! 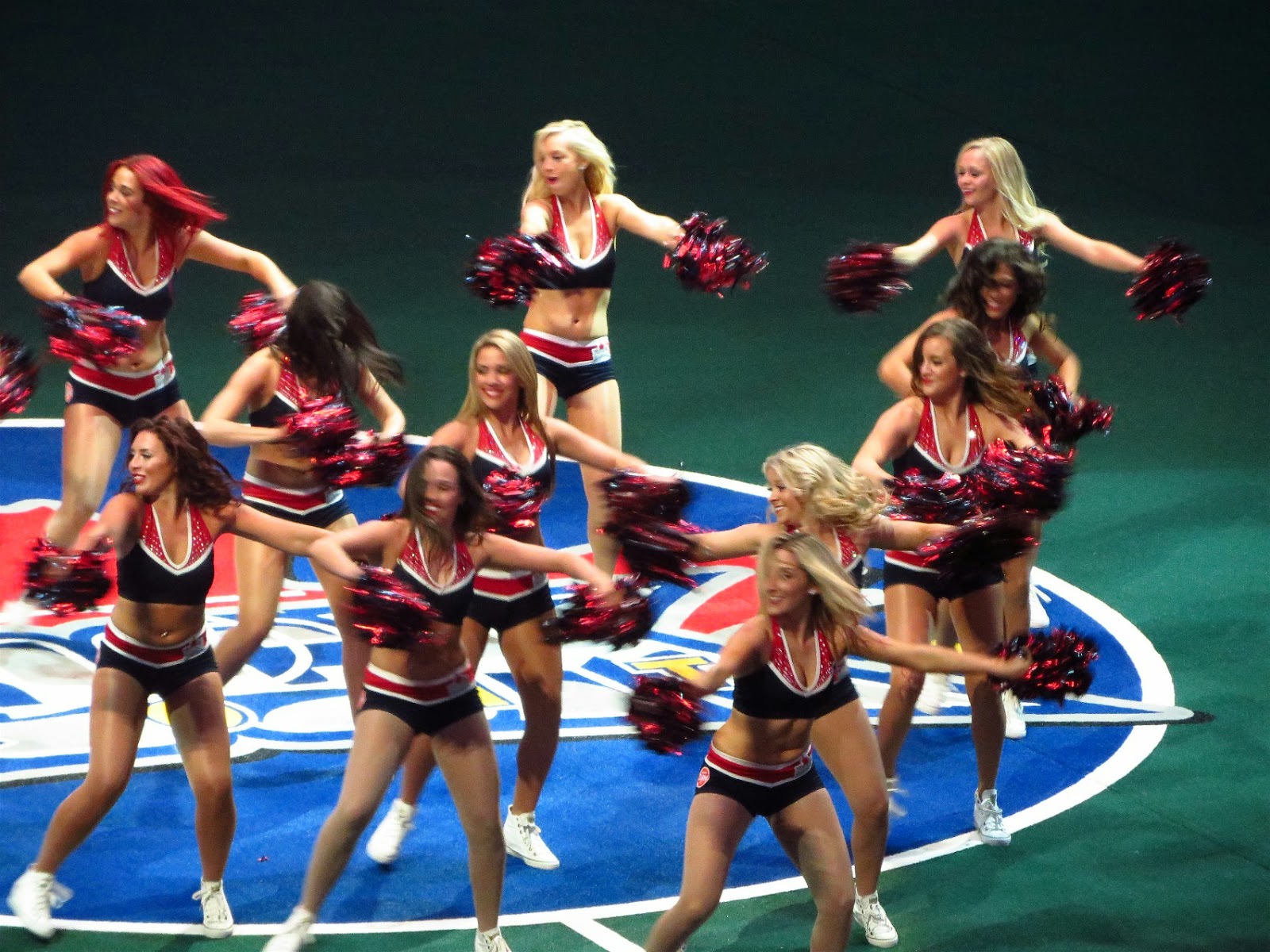 Time to start the game! 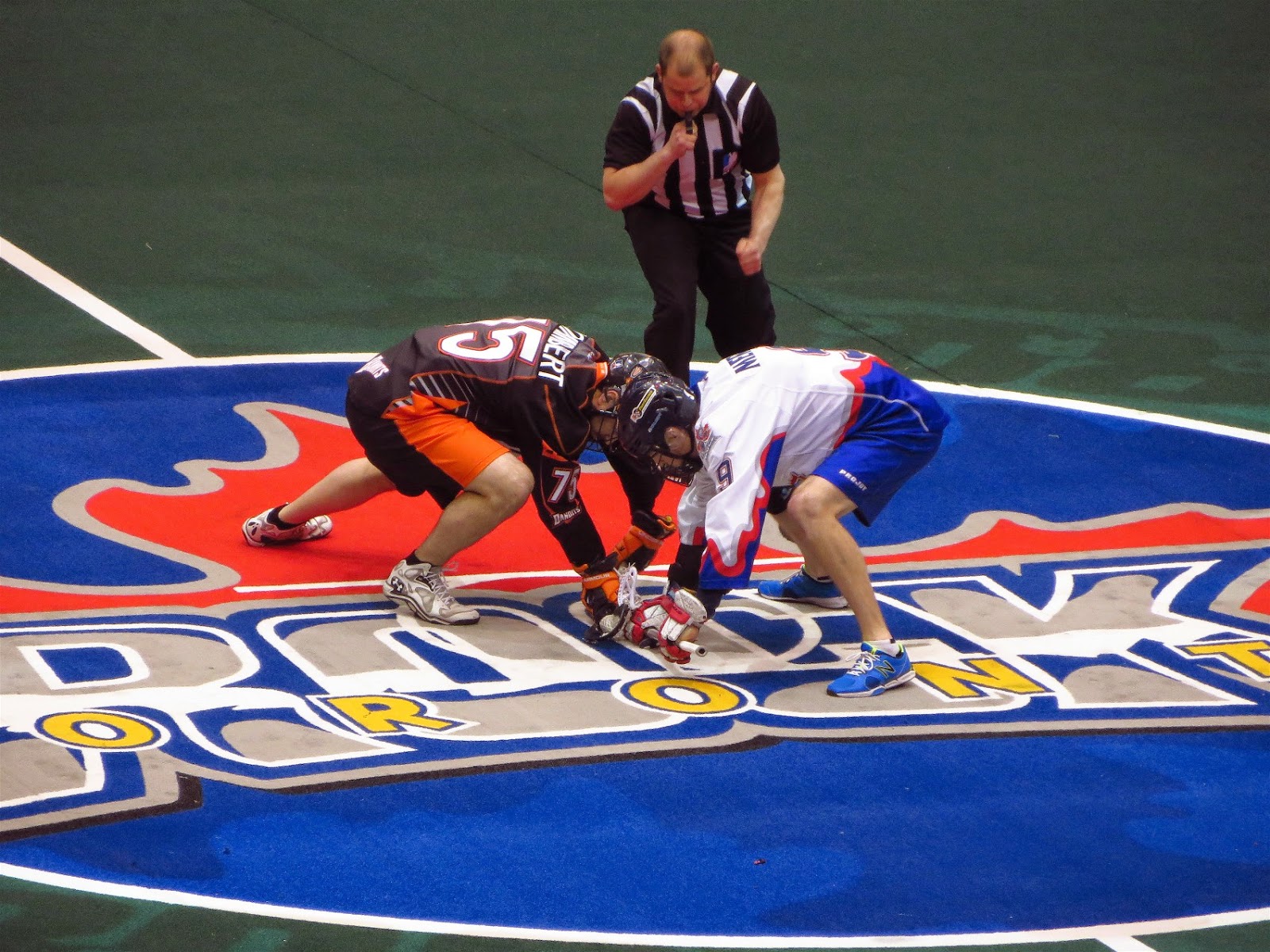 Oh, it did not start off well. The Rock took a penalty in the first few minutes and never took a shot for the first four minutes and fifty eight seconds. The good news, though, was that after that, the Rock found themselves down by only a single goal. 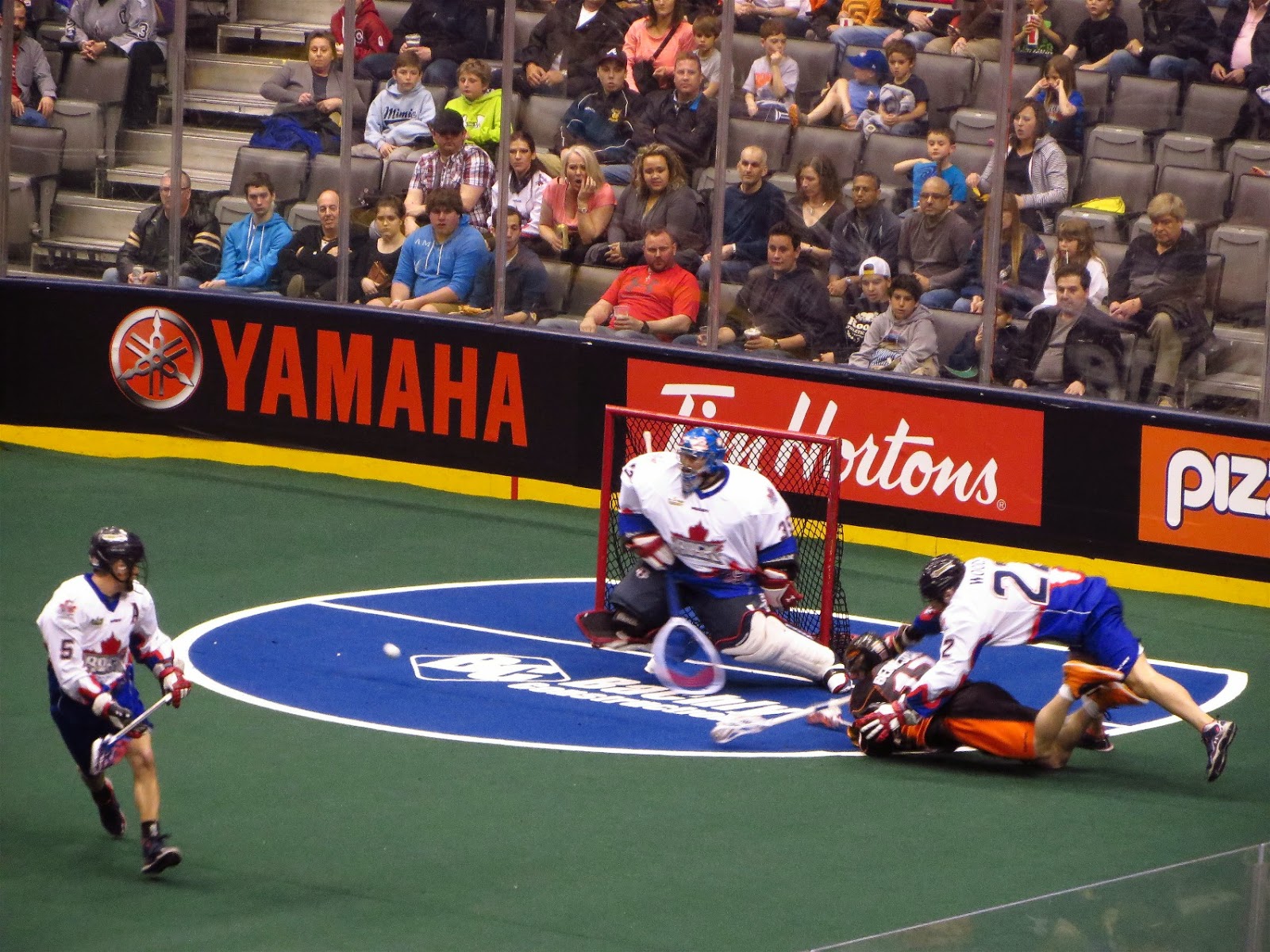 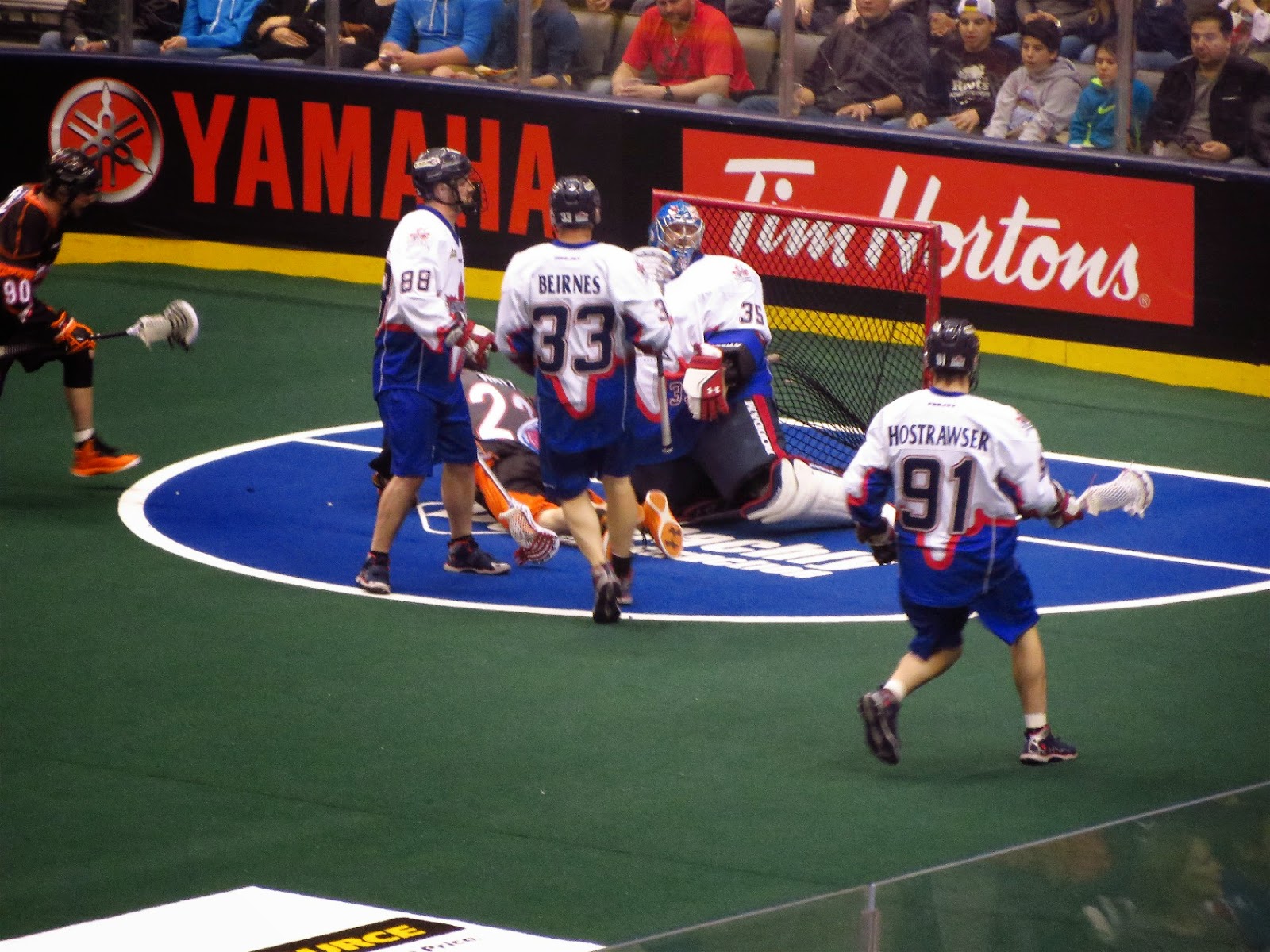 Toronto then started to press but found themselves beaten more by goal posts than by the Bandit goalie. They hit three posts in as many minutes!

After a Colin Doyle goal to tie the game, it was Buffalo's time to press, which they they did scoring three goals to take a four to one lead. Toronto scored near the end of the quarter to go into the next just down by two. 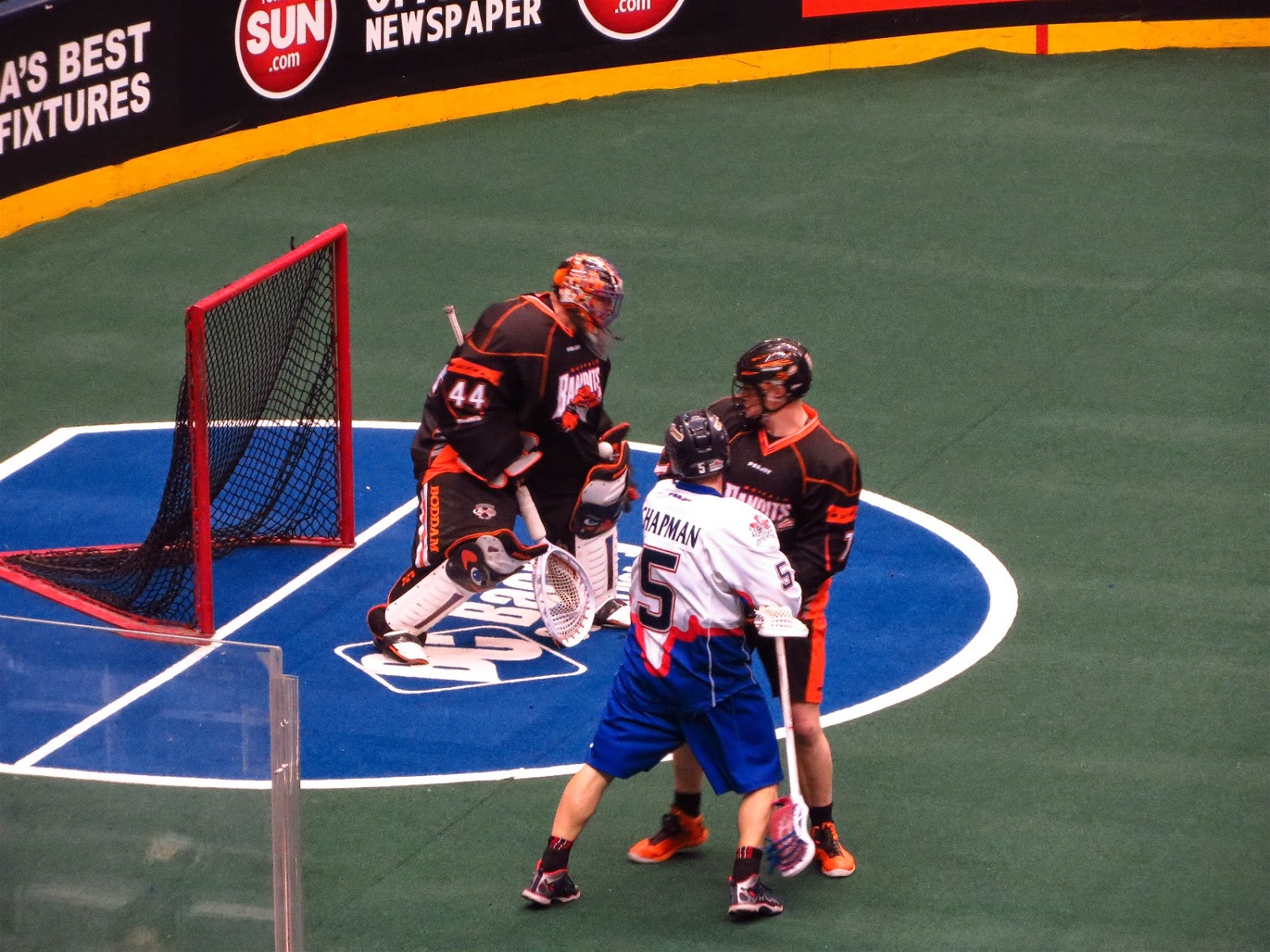 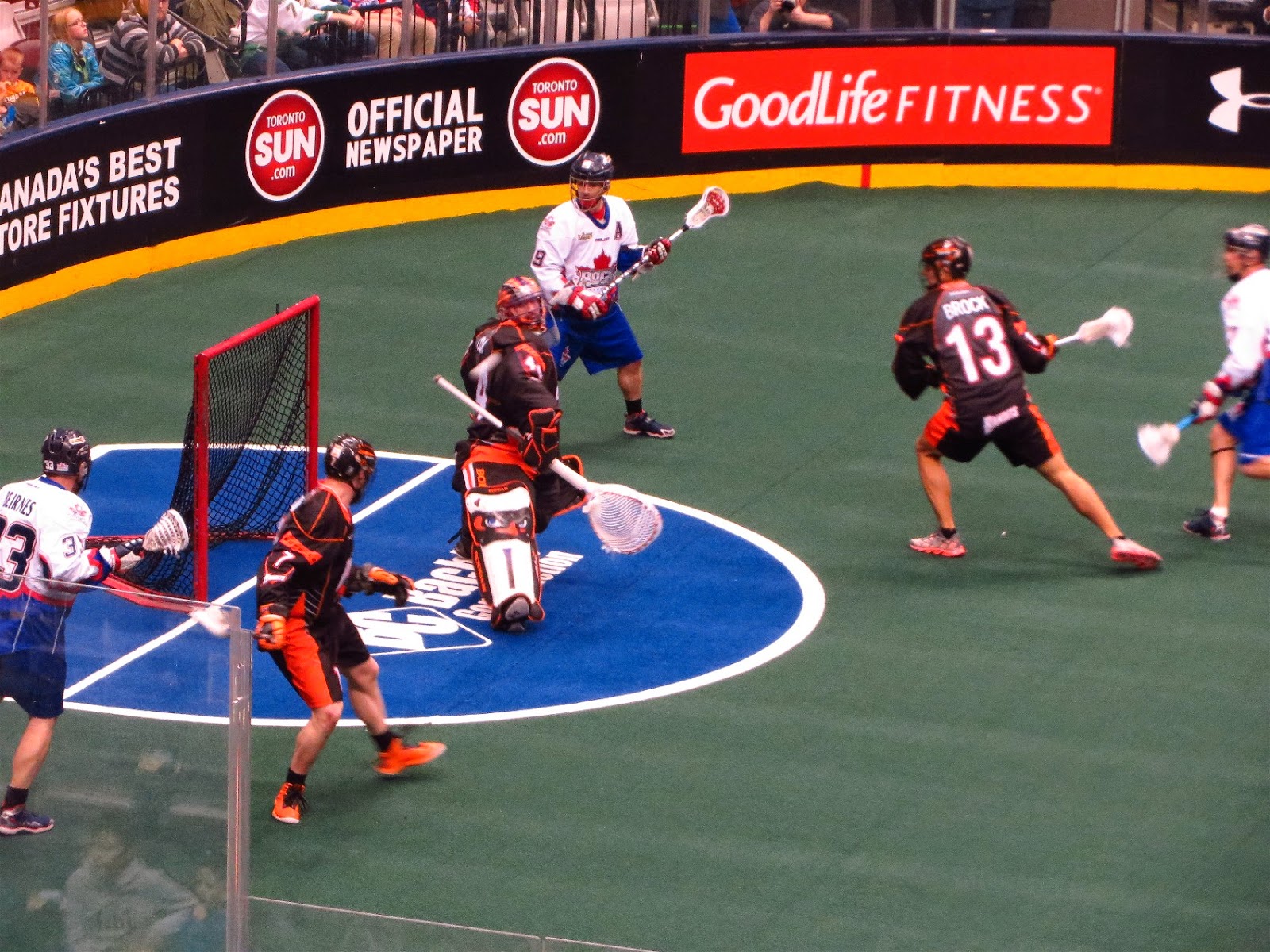 Iggy worked the fans in our section and took some time to watch the game with his fans. 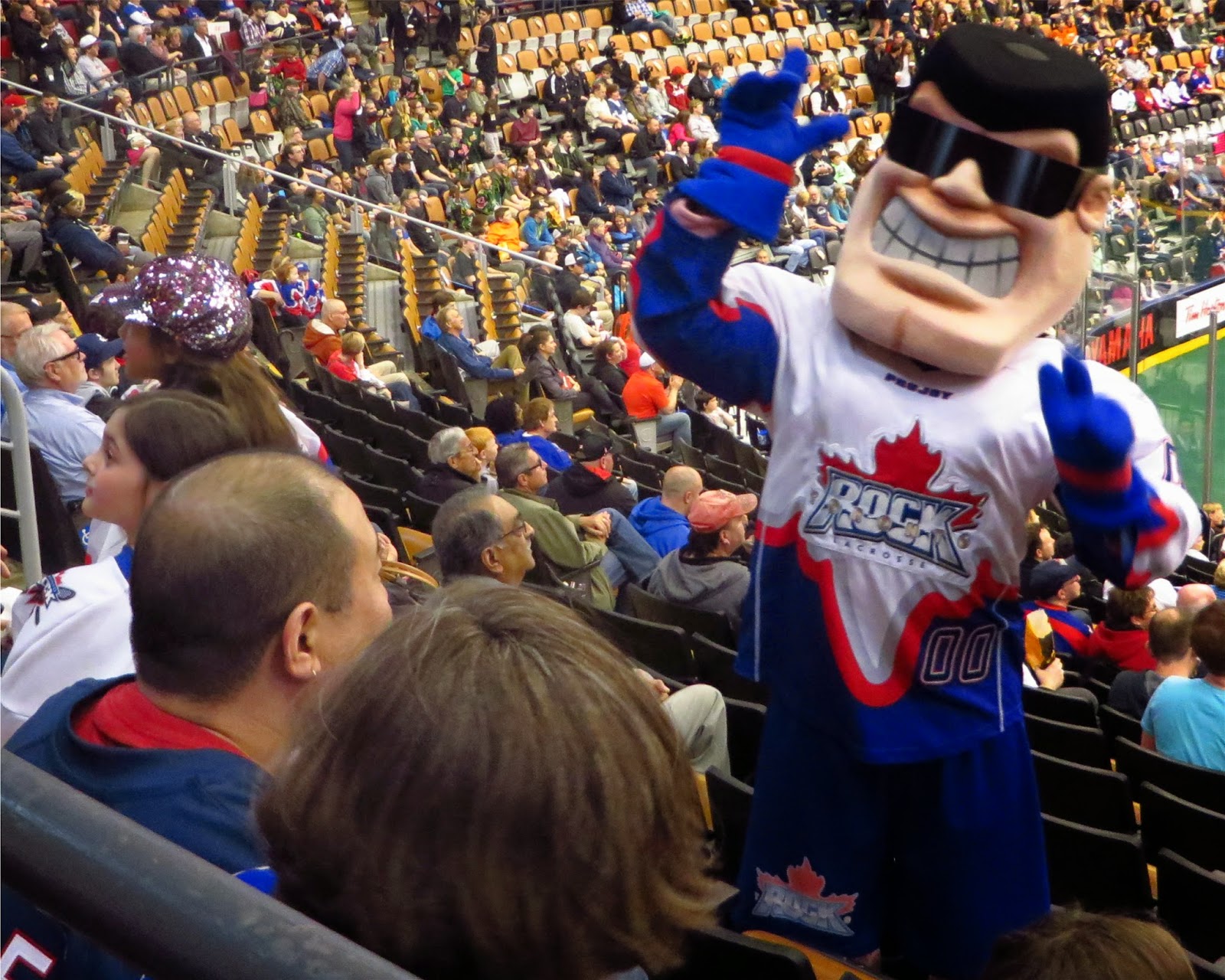 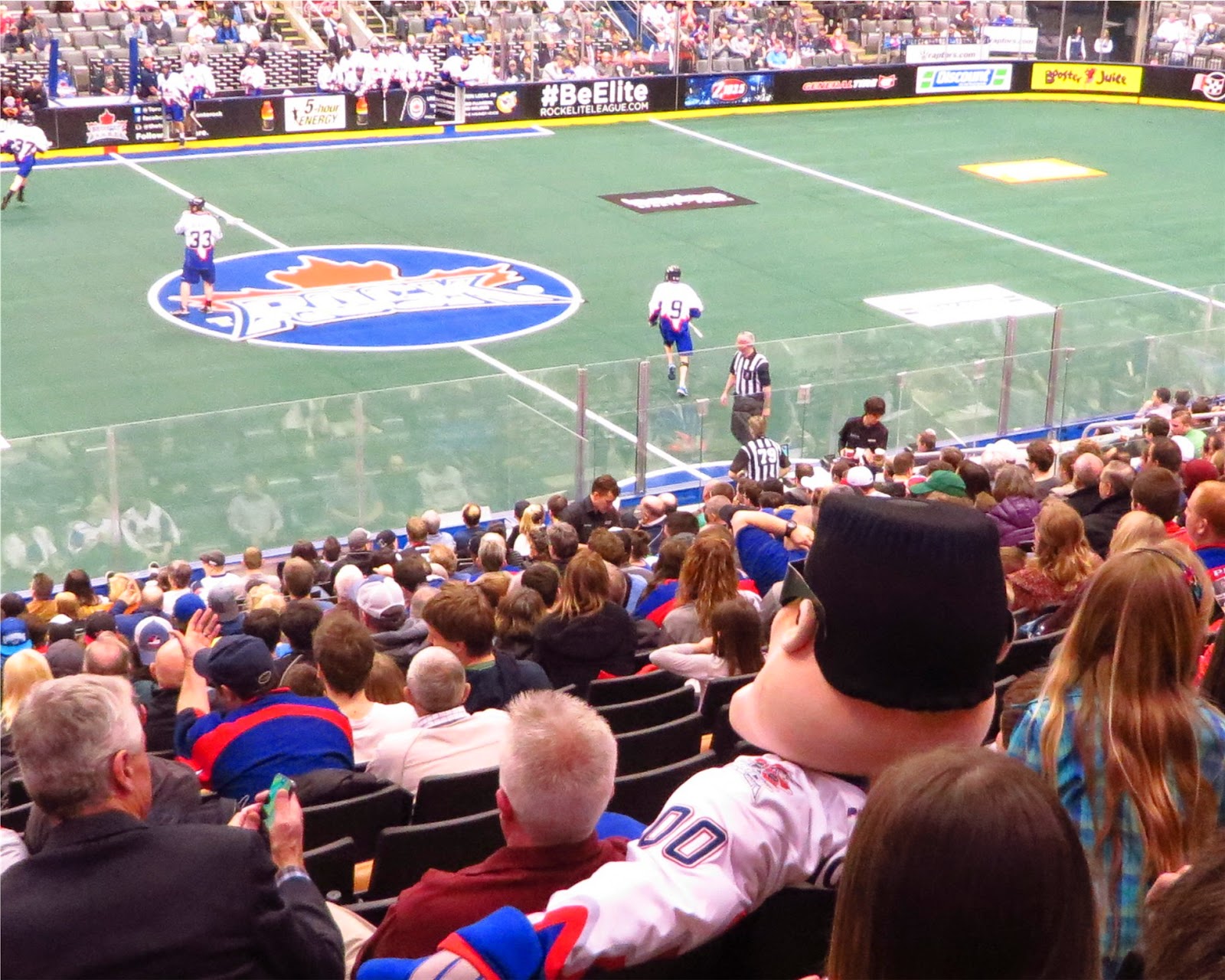 Here's a picture I don't like. Miller being beaten for a goal. 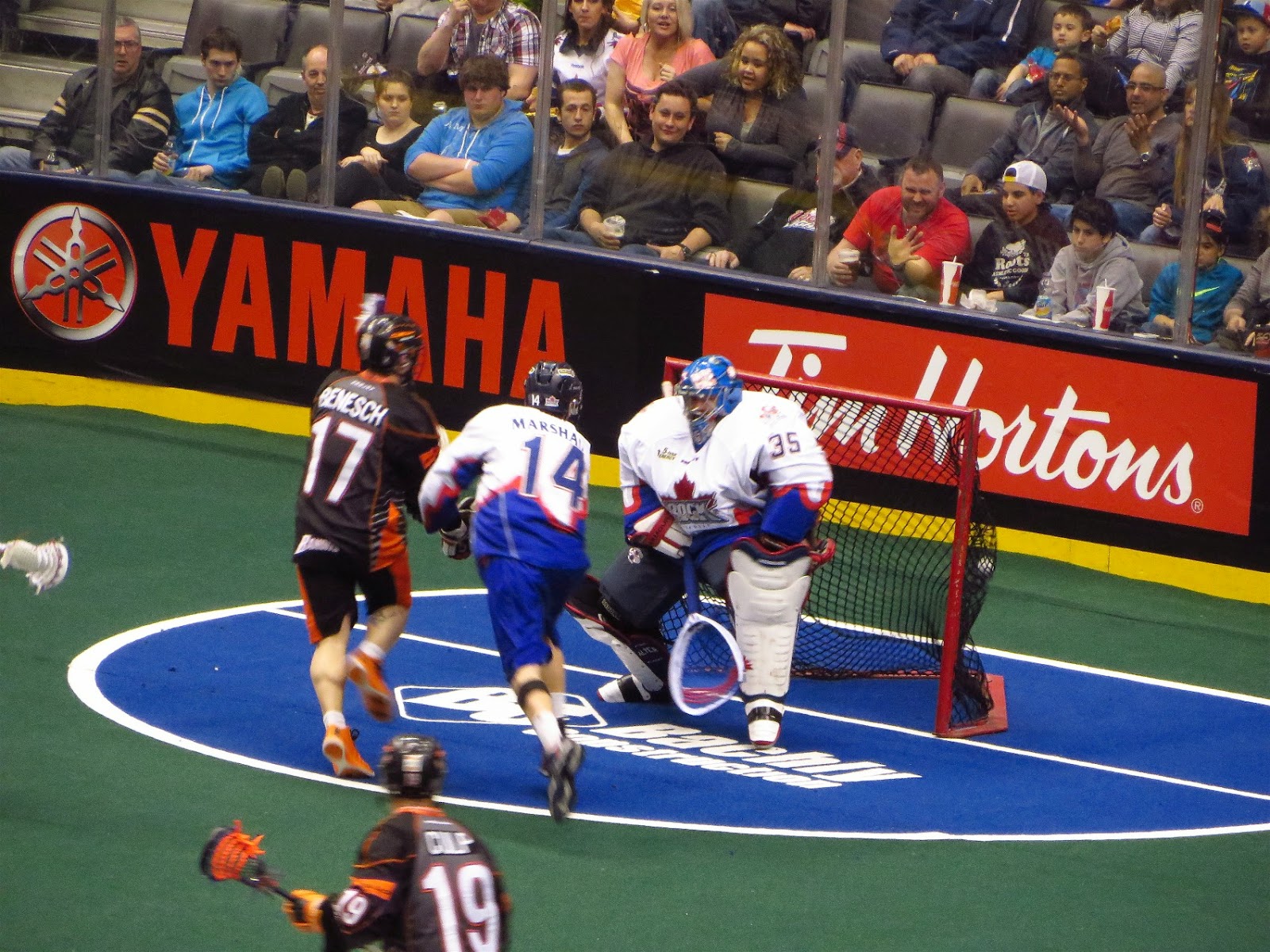 The Toronto Rock had just two leads in the game, both coming in the third quarter. Both were quickly taken away. 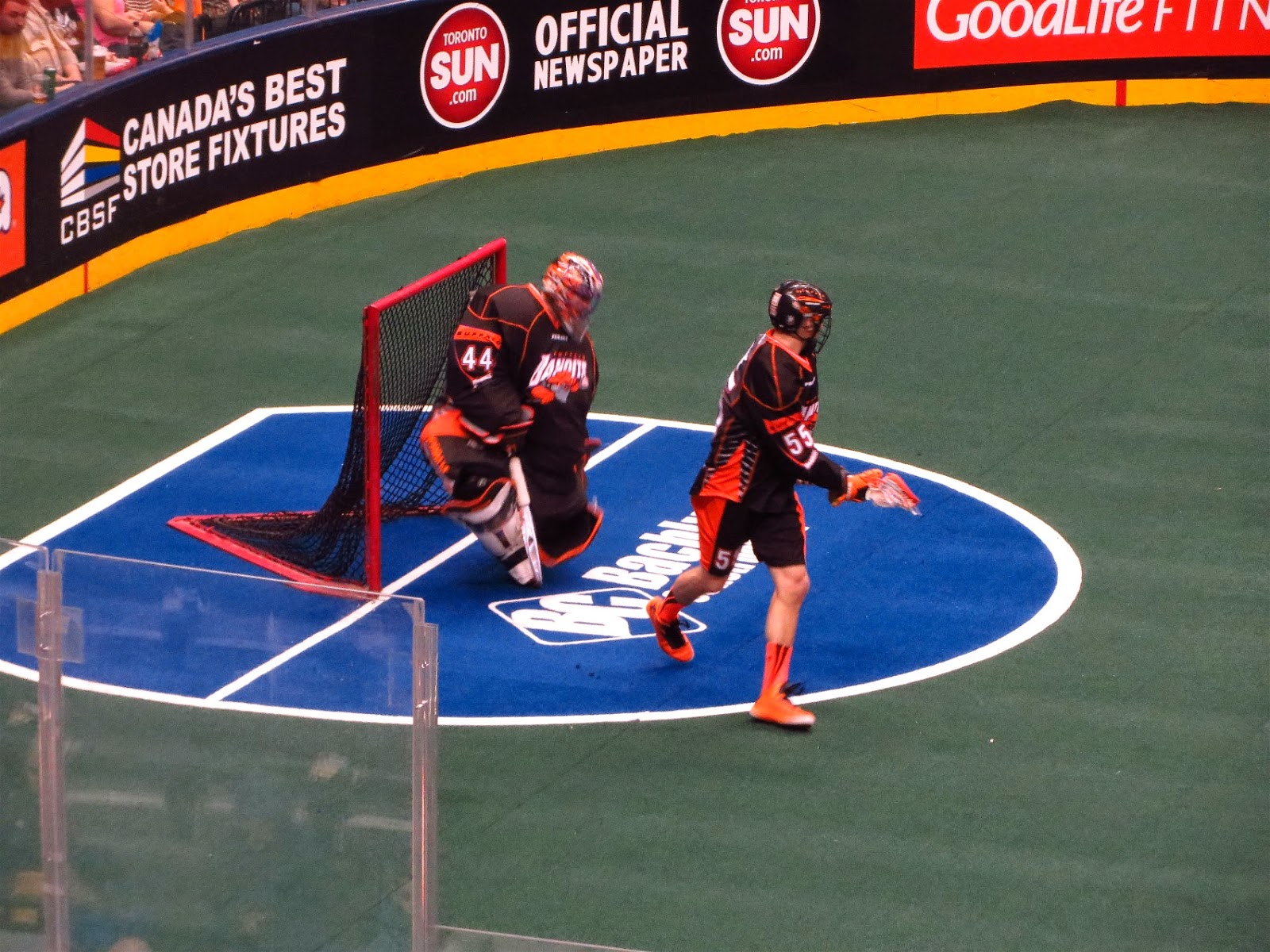 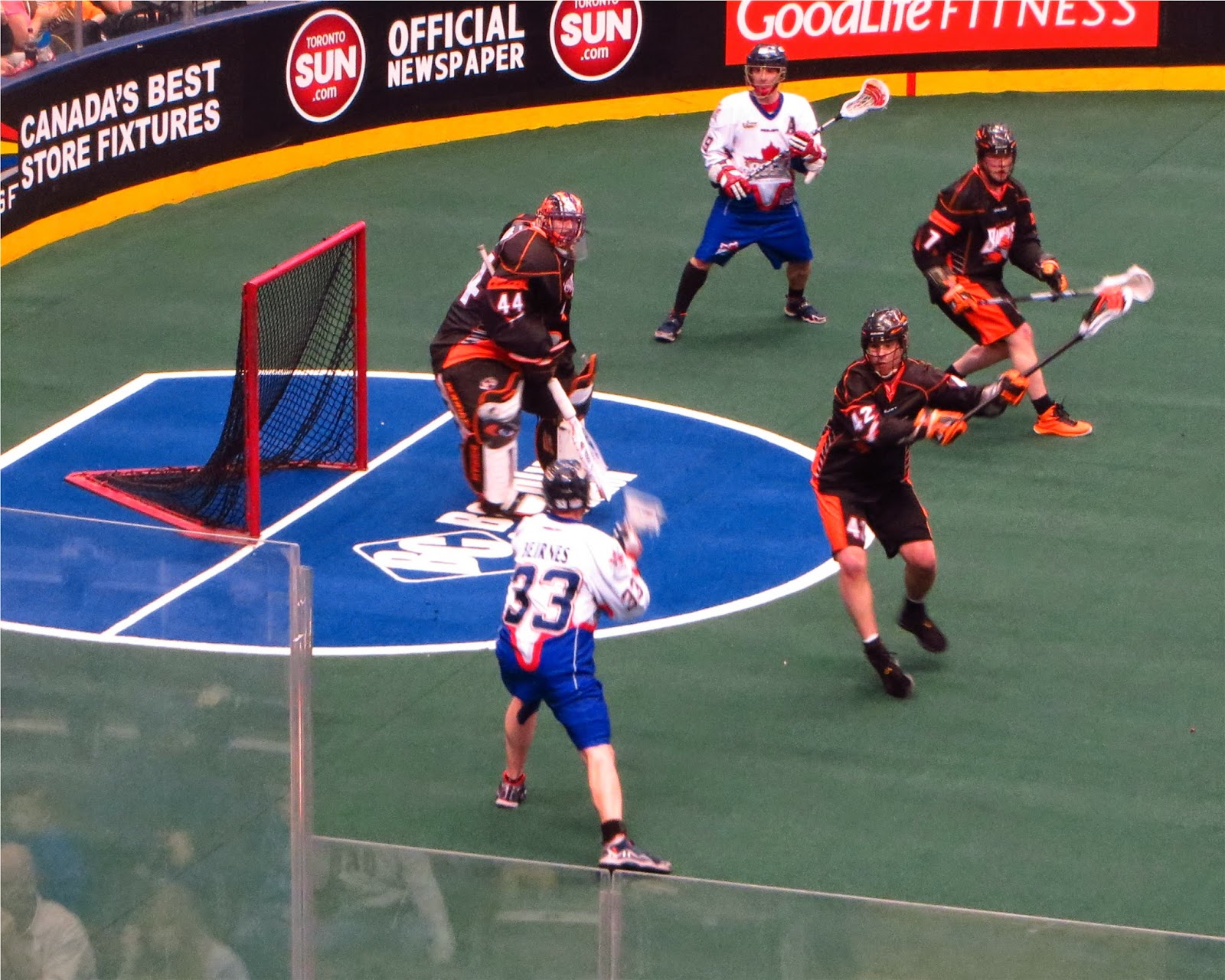 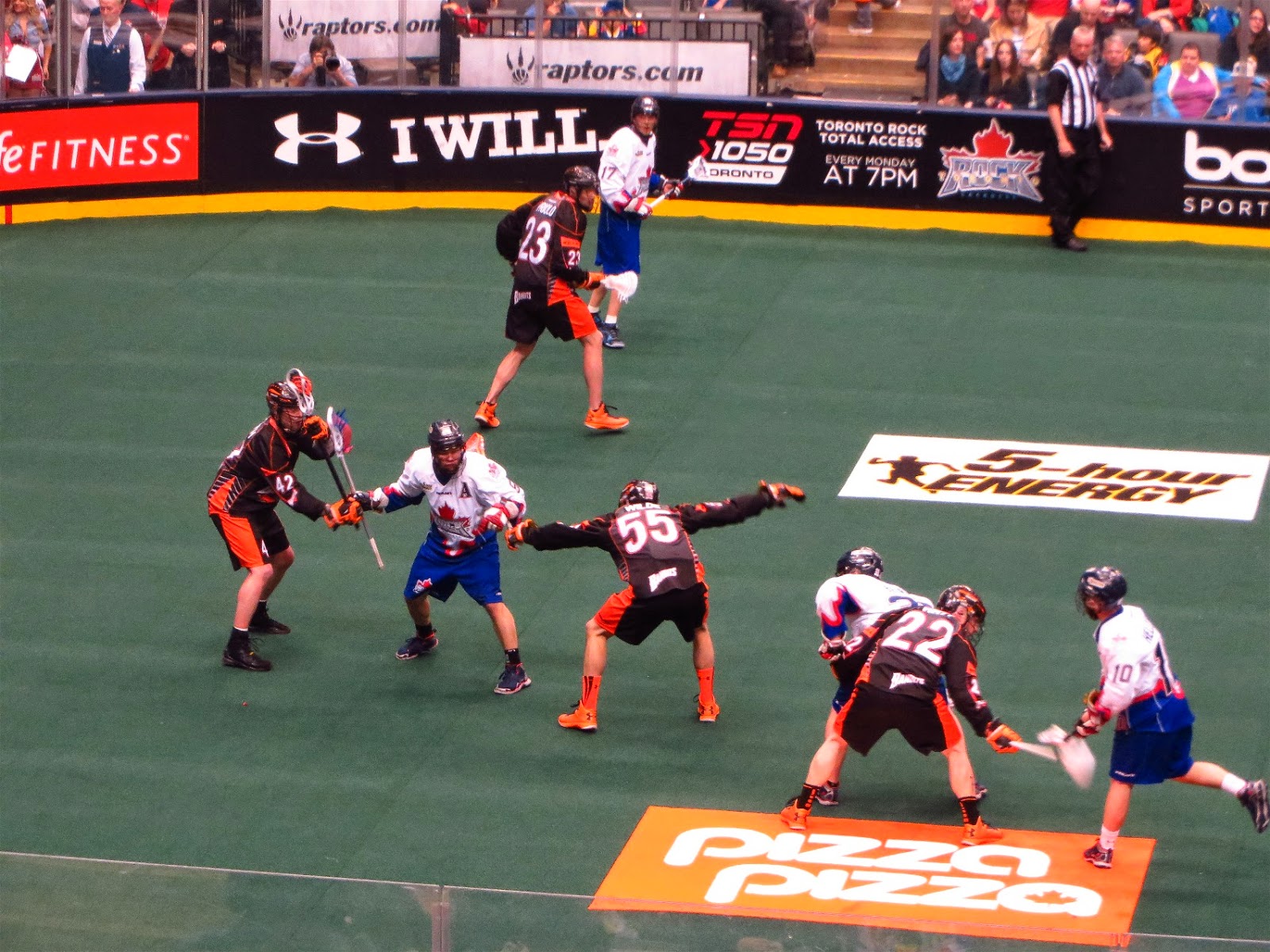 In the last quarter, almost every goal Toronto scored was answered quickly by Buffalo. The Rock scored to be losing by one, 13-12, but 24 seconds later, the Bandits put one in. The with 3:52 left in the game, the Rock scored again to pull within one but again 32 seconds later, the Bandits scored and when it was all over, the game ended with a 15 - 13 Buffalo win and Toronto out of the playoffs.

The final pictures of the Toronto Rock Cheerleaders in action for this year. 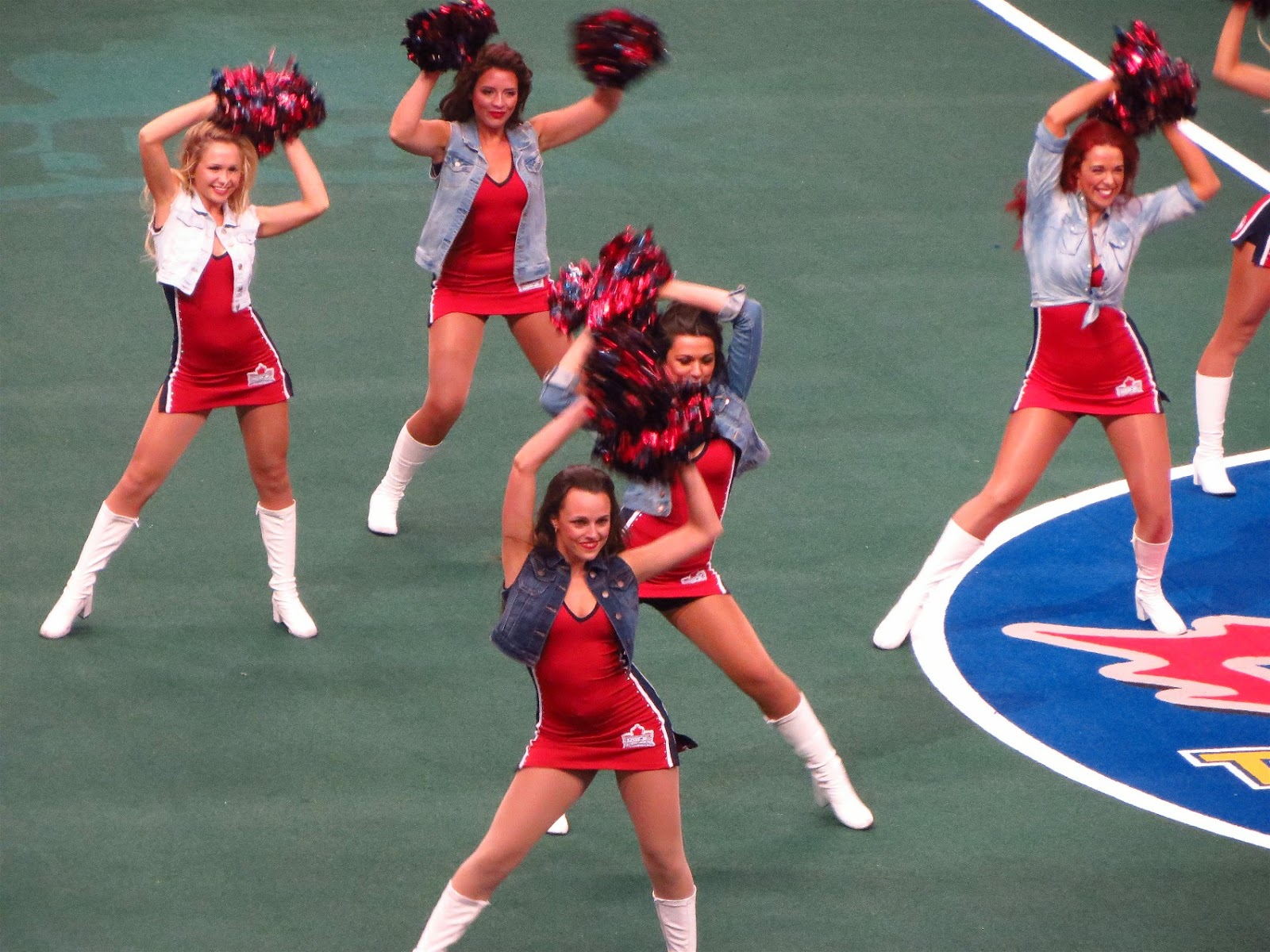 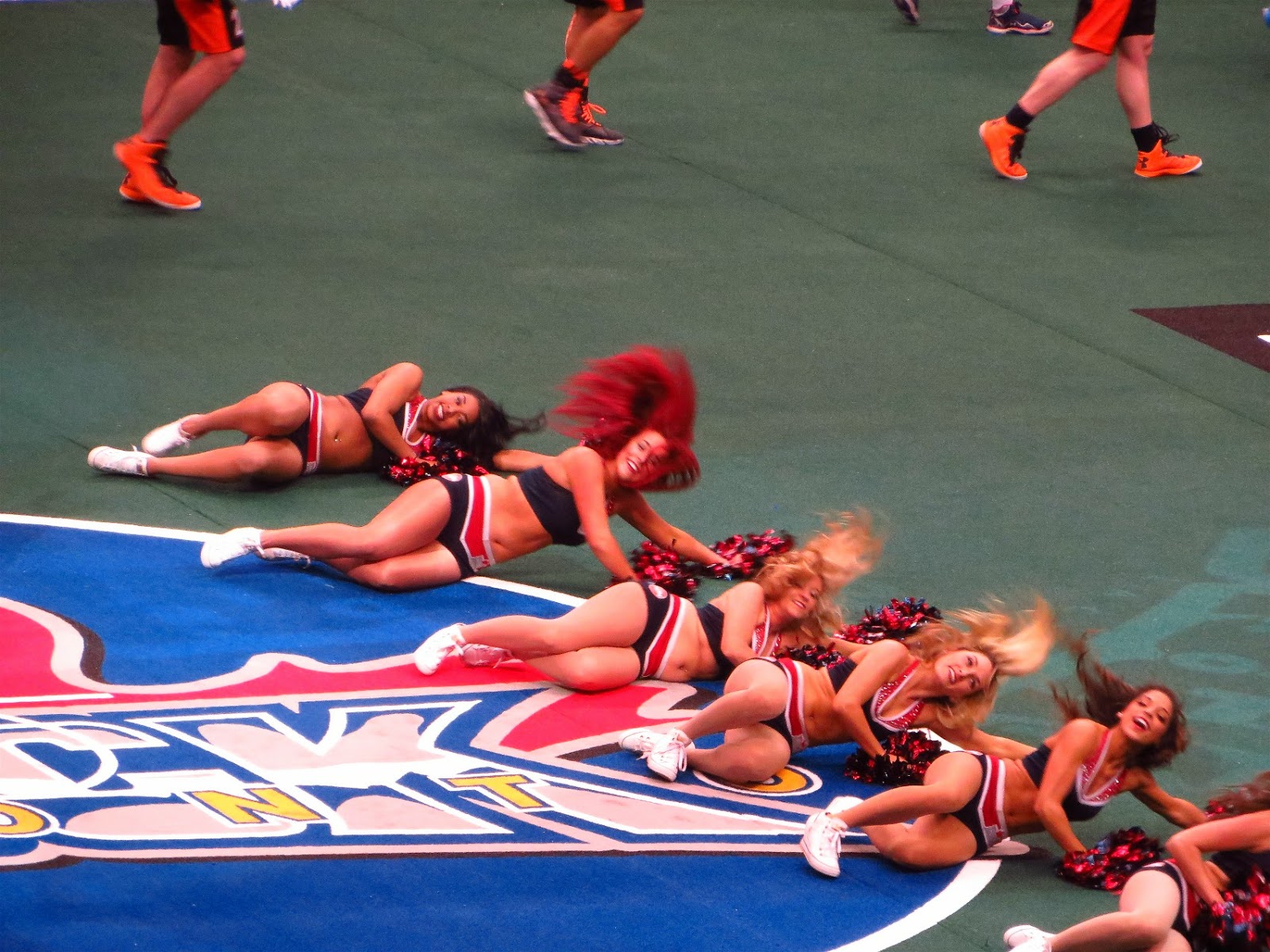 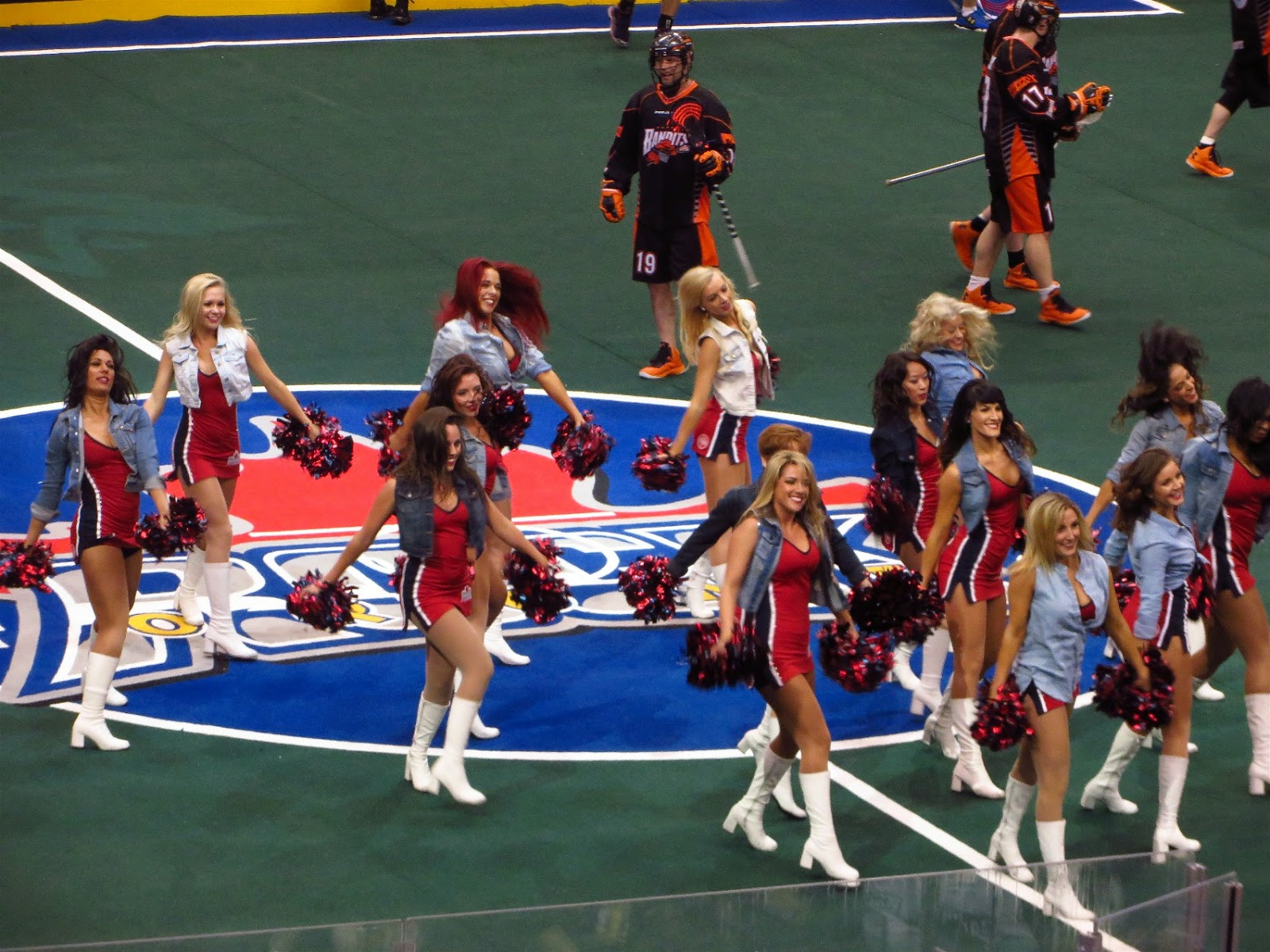 These guys that sit across the arena from us were not happy, nor were we. 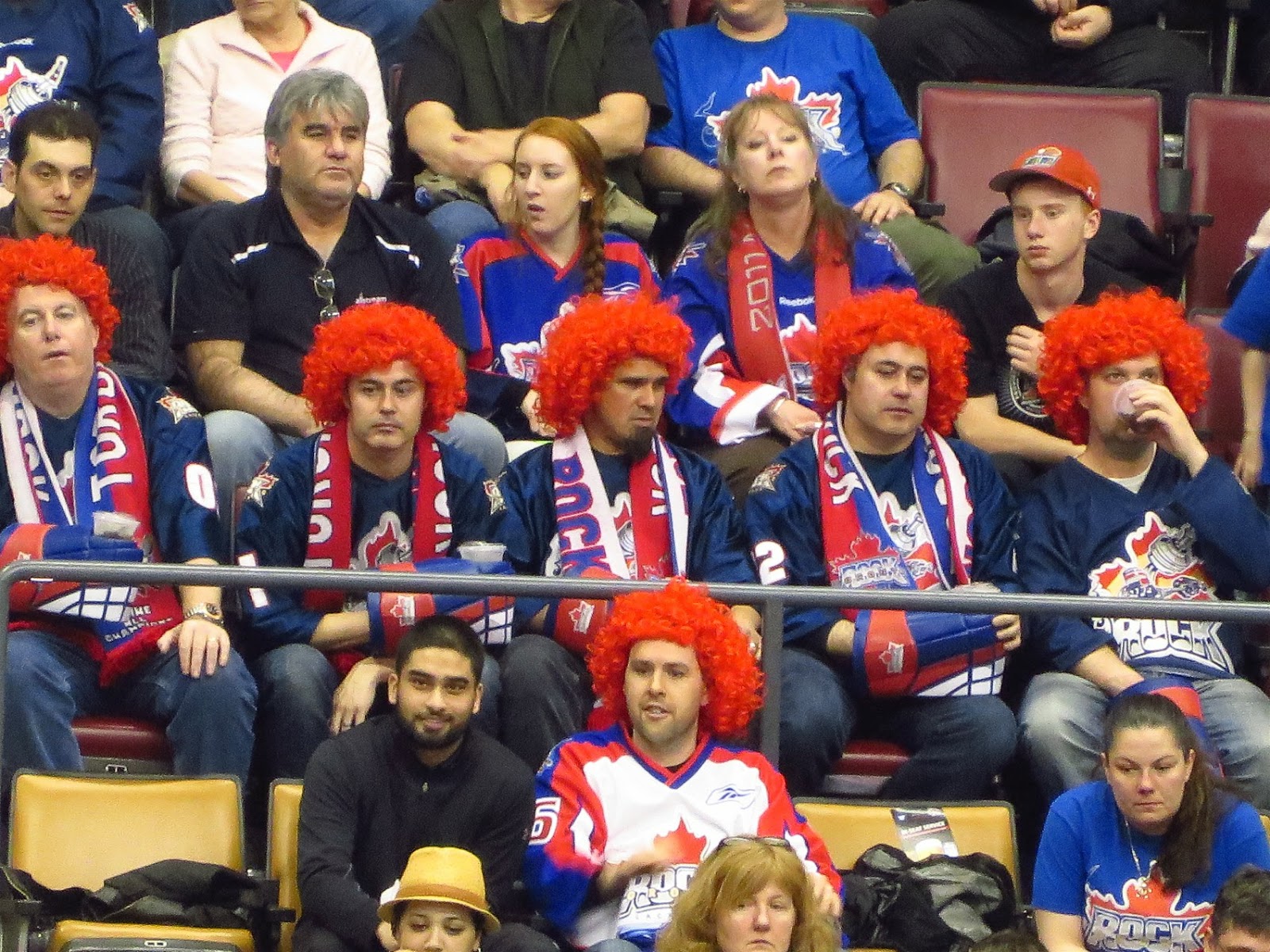 Buffalo sure was happy when the final buzzer went! 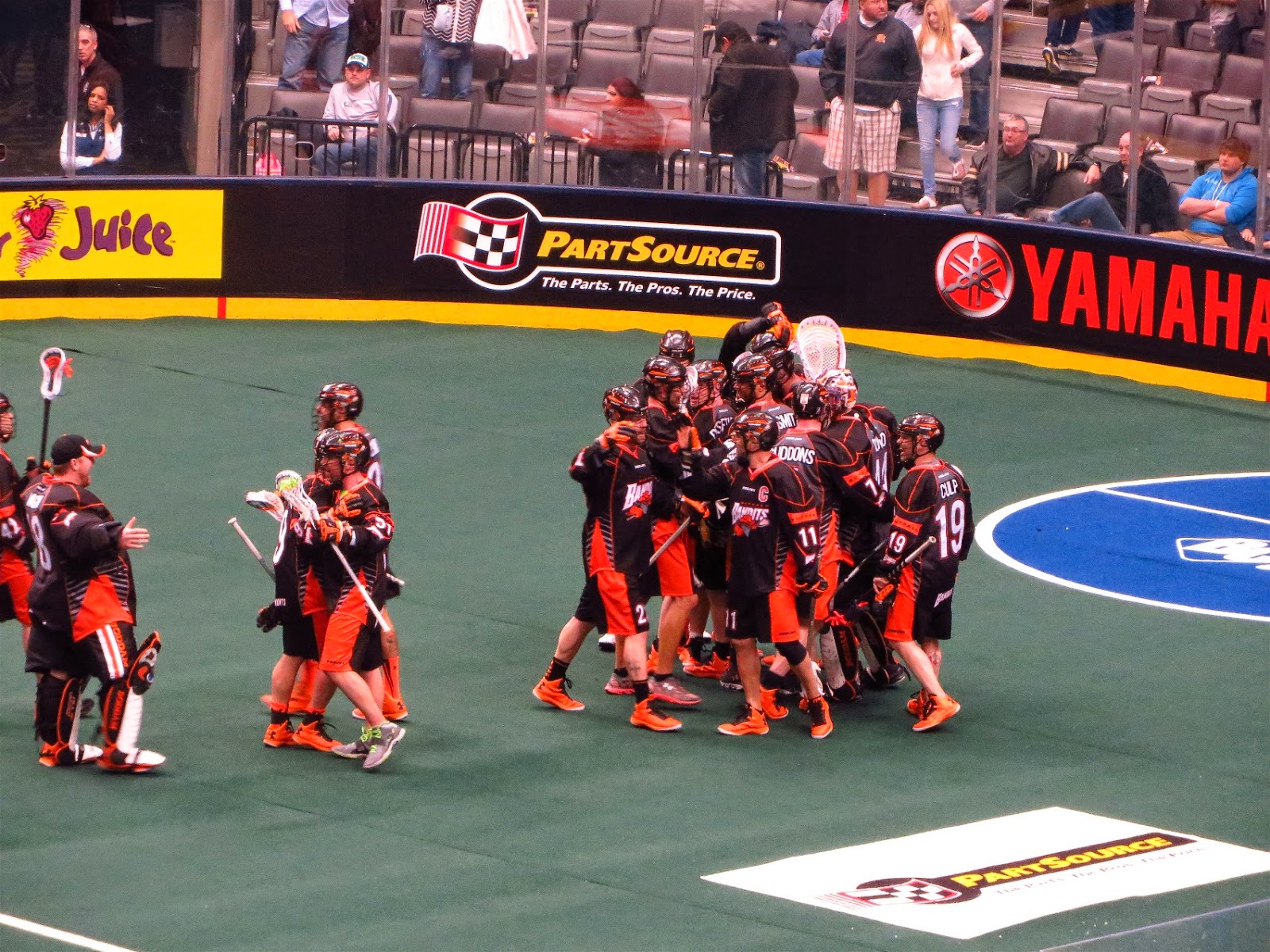 The Rock, although they had to be hurting, took one last time to lap the stadium and thank the fans. It was a disappointing end to our year, but a heck of a good game. Teena and I will definitly be back next year and have already bought our 2015 season tickets! 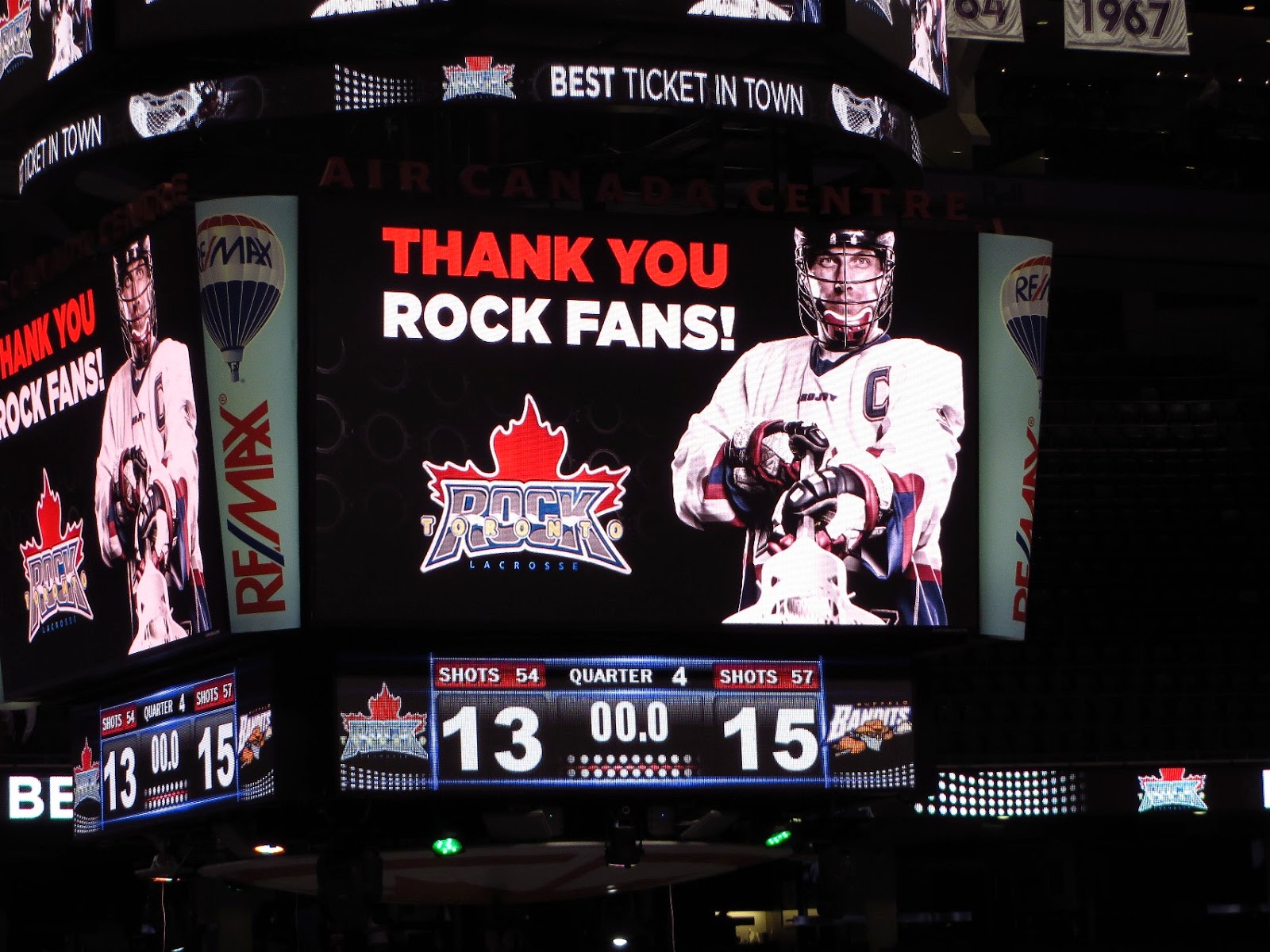