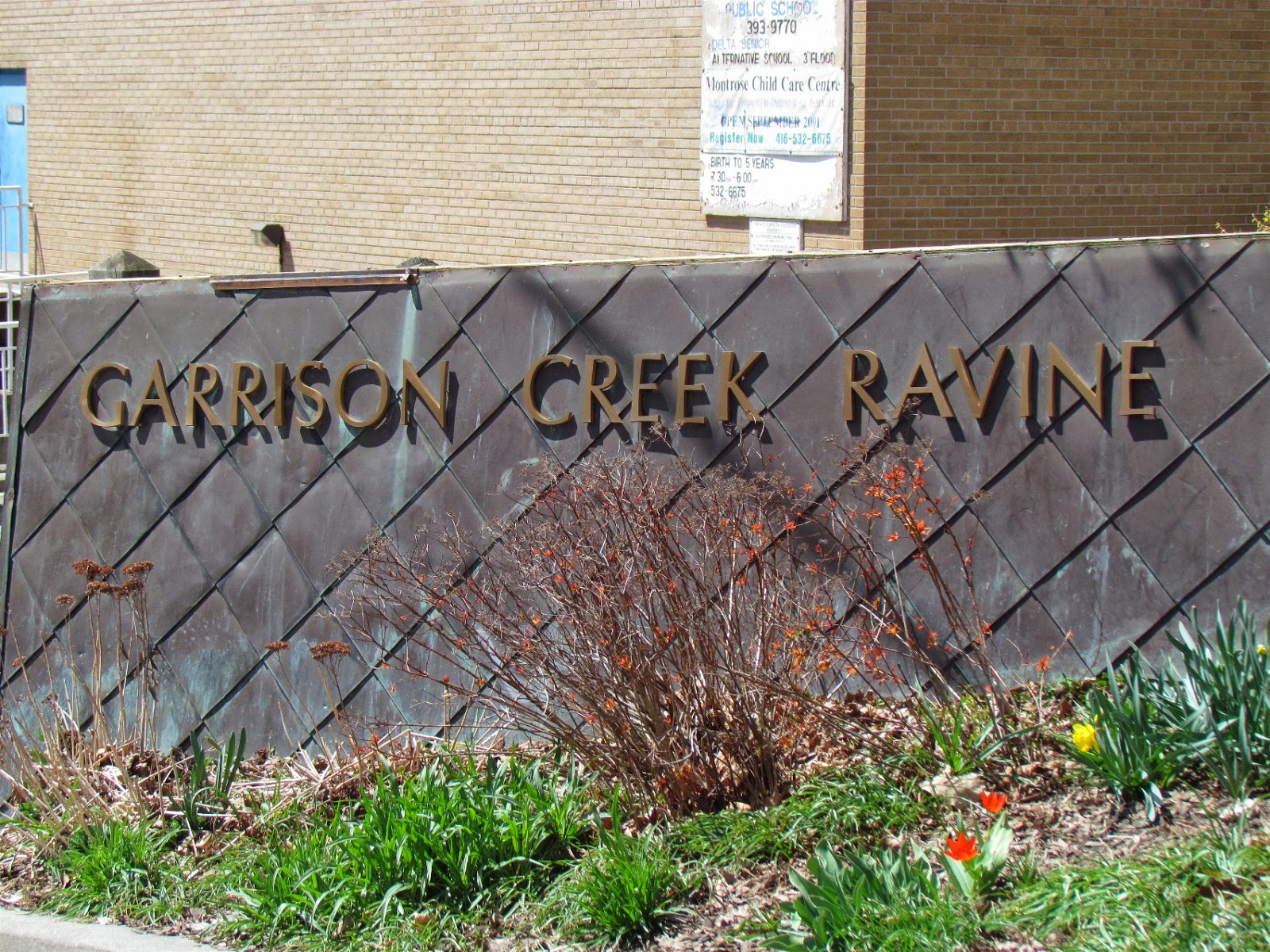 Teena and I really enjoy the Jane's Walks that are put on during the first weekend in may each year.

Today we did the Landscape Archeology of Garrison Creek walk with Jon Harstone, who is an author and local historian who lives in the west end of Toronto, with a background in architectural history and archaeology, he also is a former board member of Heritage Toronto and the former Chair of the Toronto Local Architectural Conservation Advisory Committee. 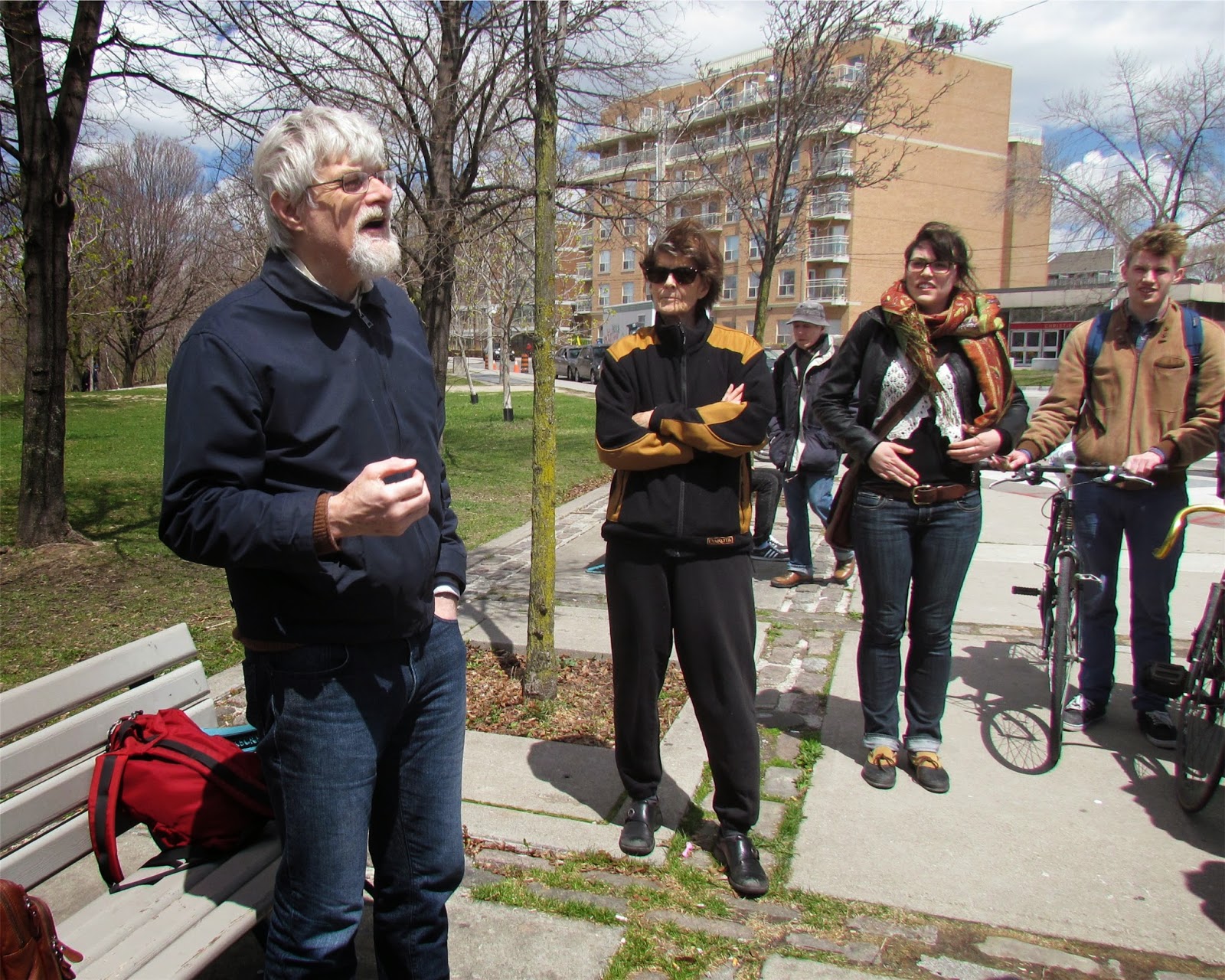 A small group of 30 started with us but doubled in size along the way. 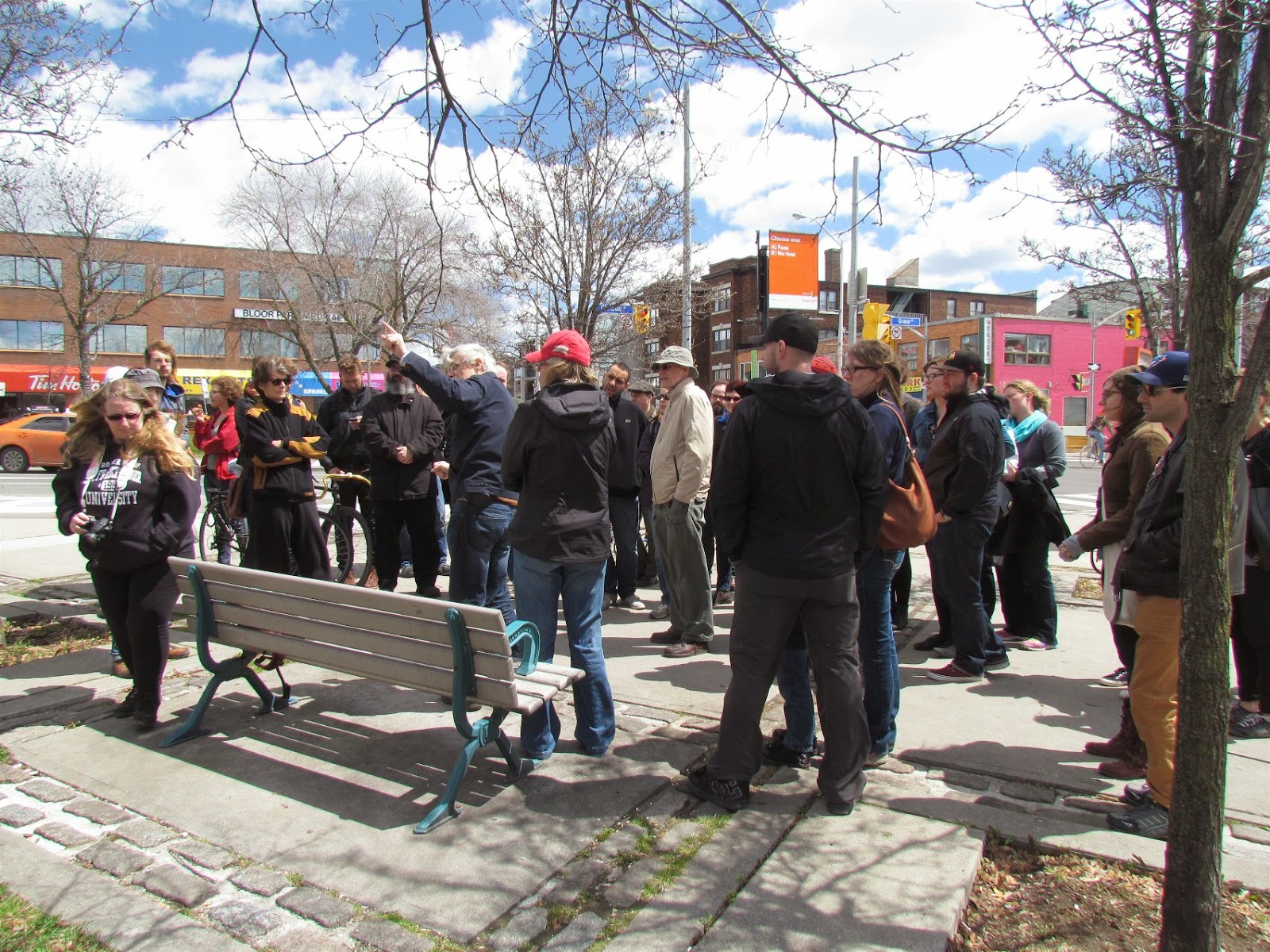 We started at Christie Pits, which was not only around the origin of the former creek but was a huge sand pit. 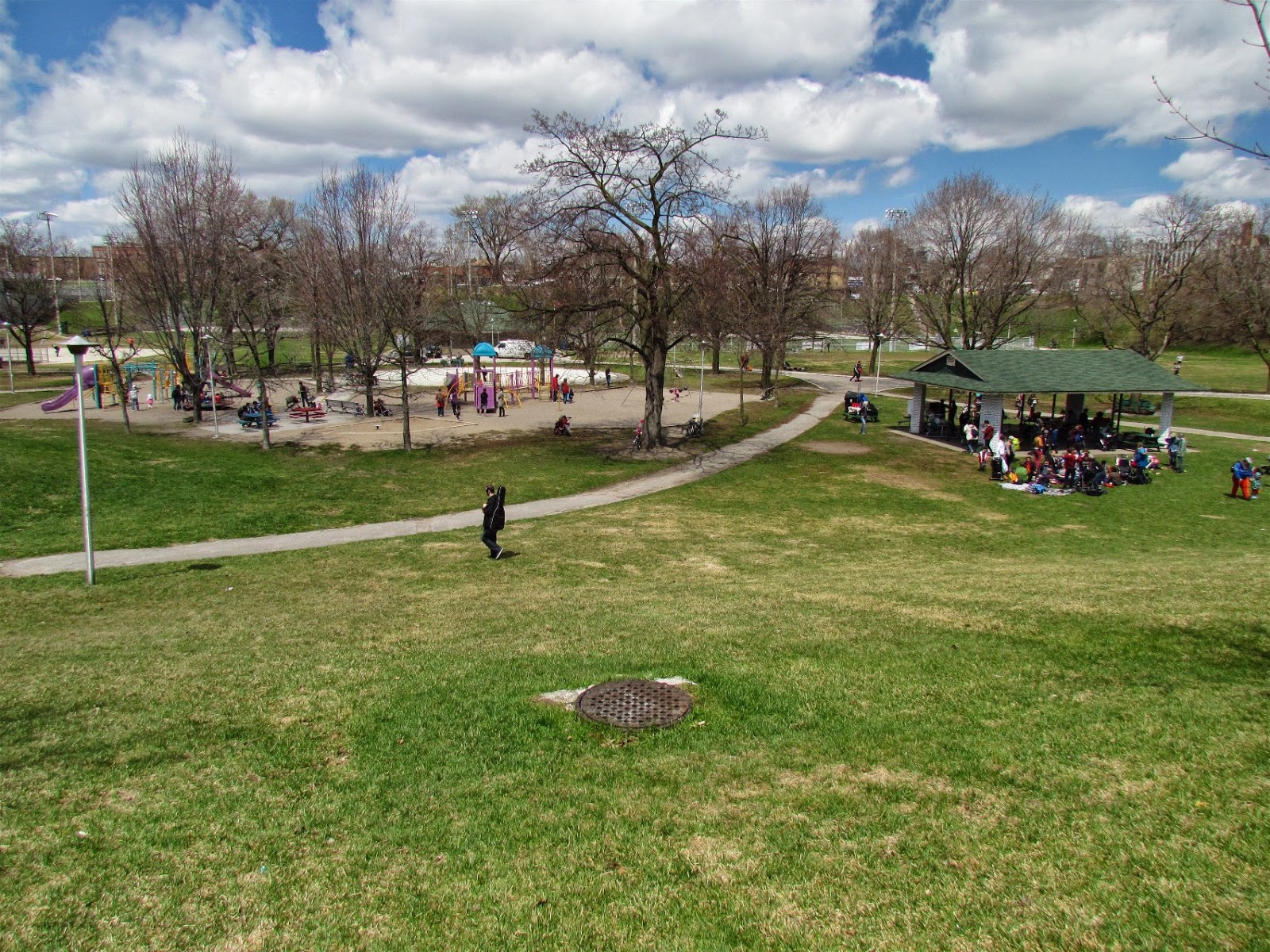 The pit is almost square and that is because when the Bloor Subway was built, the south end of the park had to be built up to accommodate it. 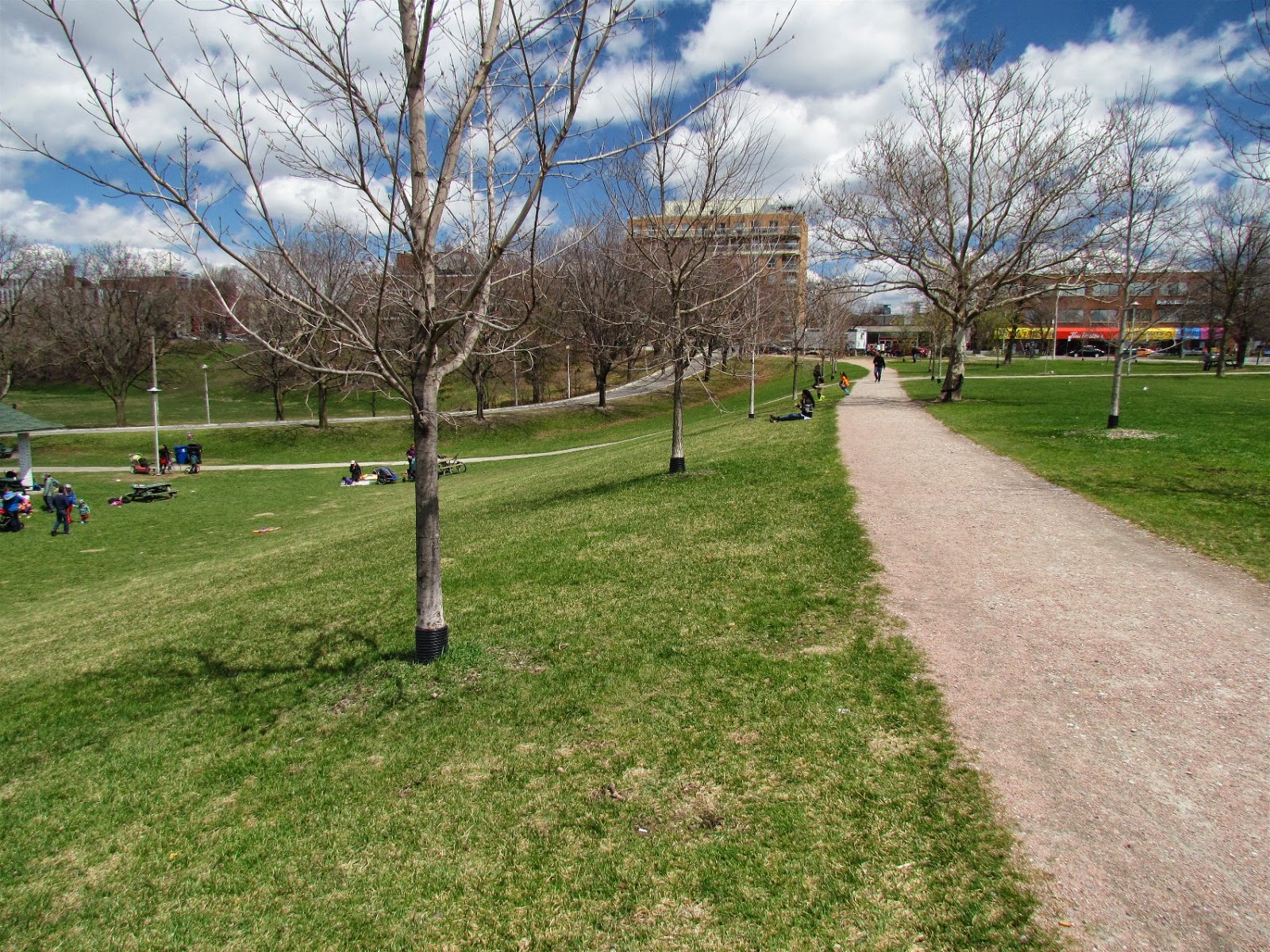 This is Bickford Park at Harbord and Grace. It was once a brickyard that had a concrete bridge built over it. The Harbord bridge had since been buried with only this retaining wall left above ground. A man named Bickford owned the brickworks and Grace St is named after his daughter. 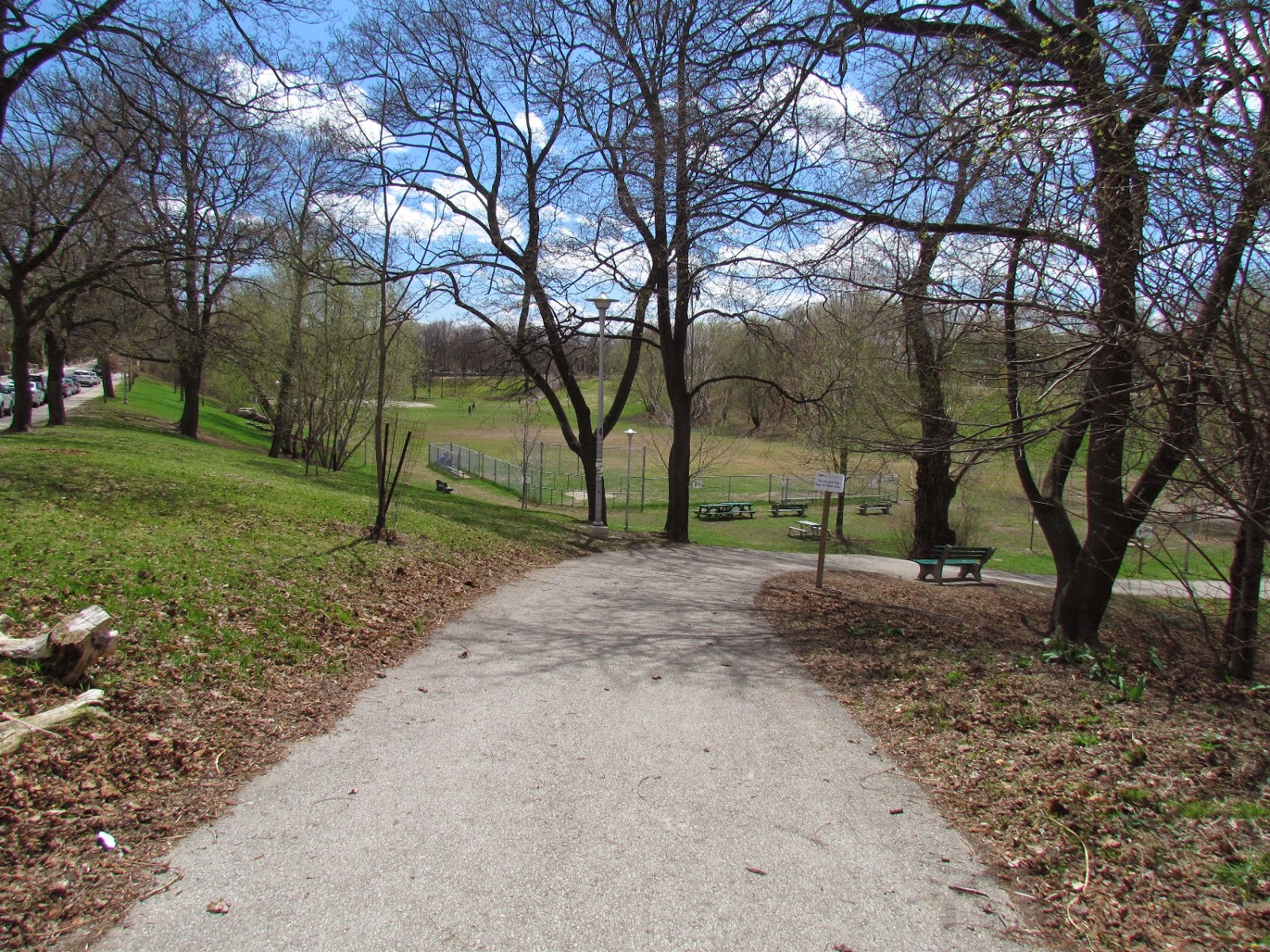 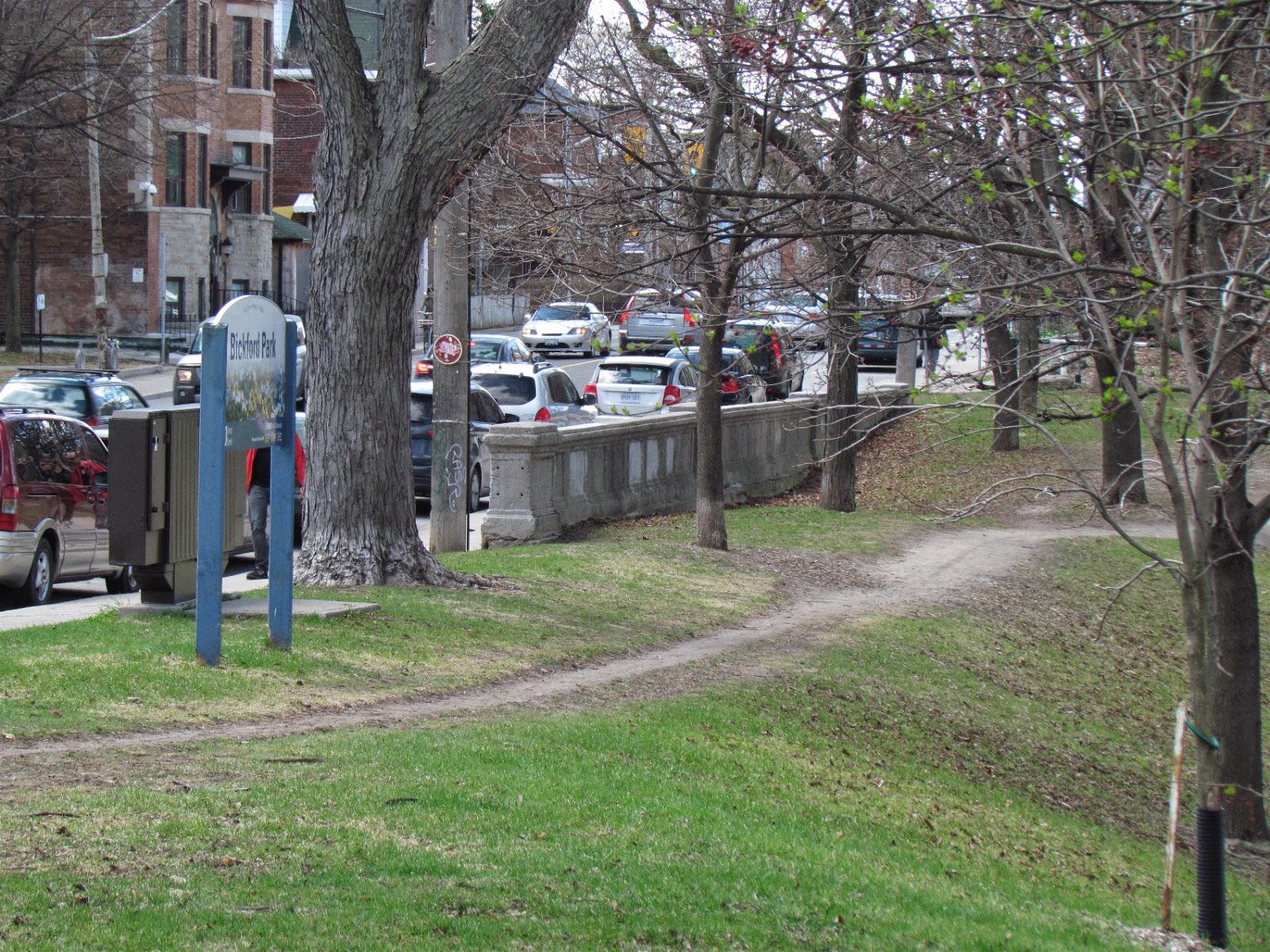 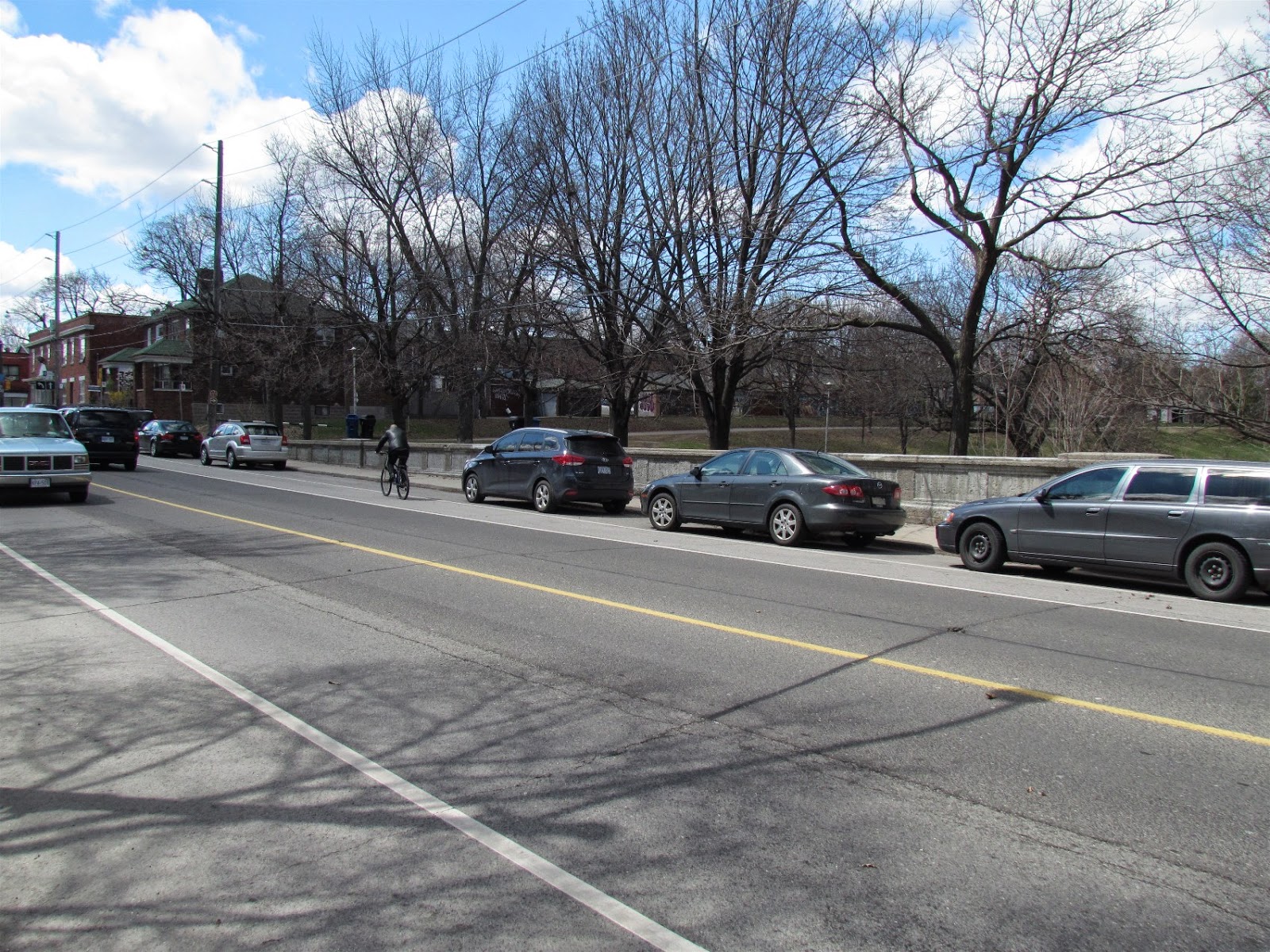 It is at the north end of the park that I saw the first bloomed flowers of the year. Nice to see some colour. 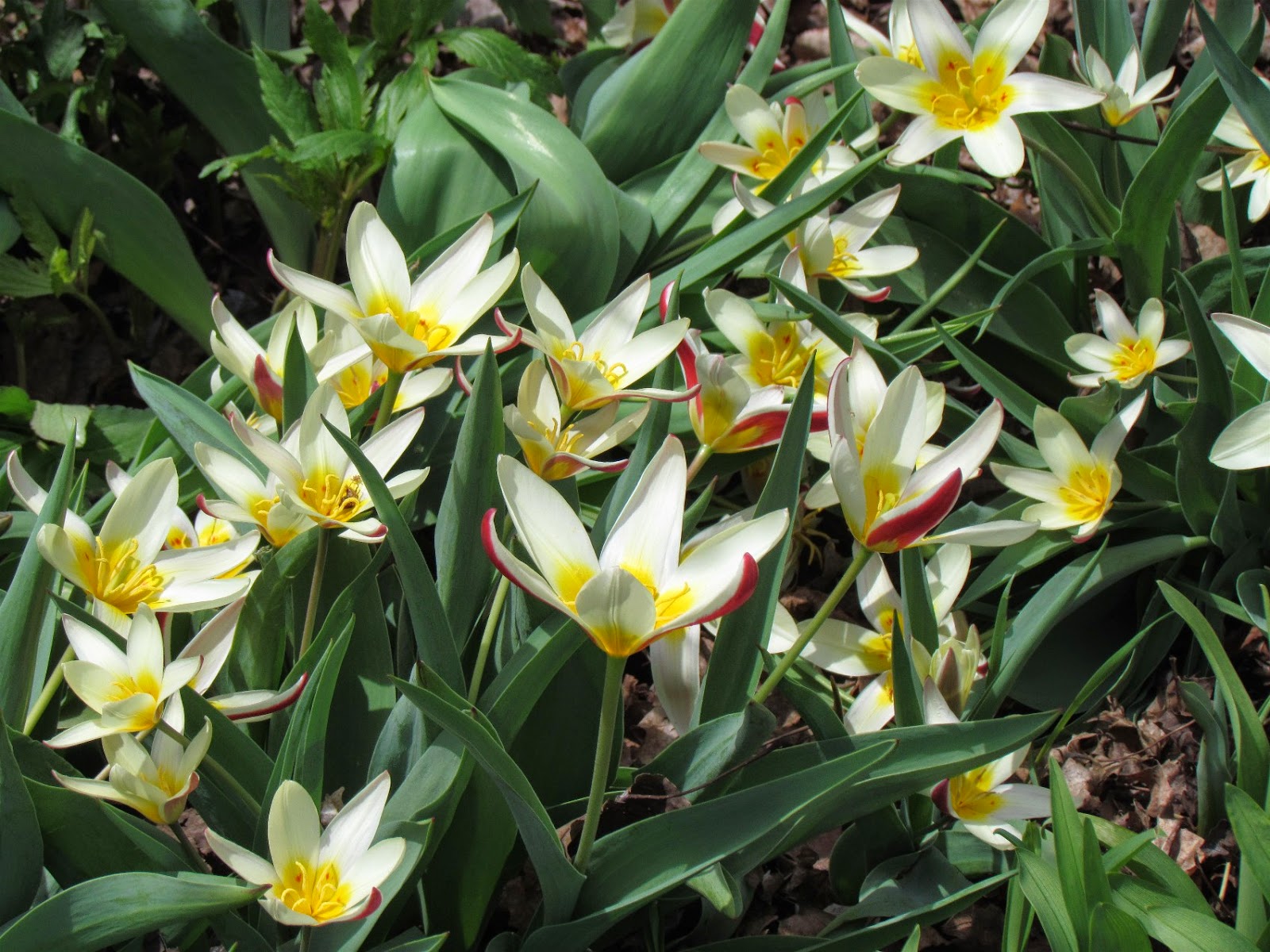 Along Grace you can notice how the houses slowly step down and then back up again in the distance. A tributary to the creek came through this section,which is why it is lower. 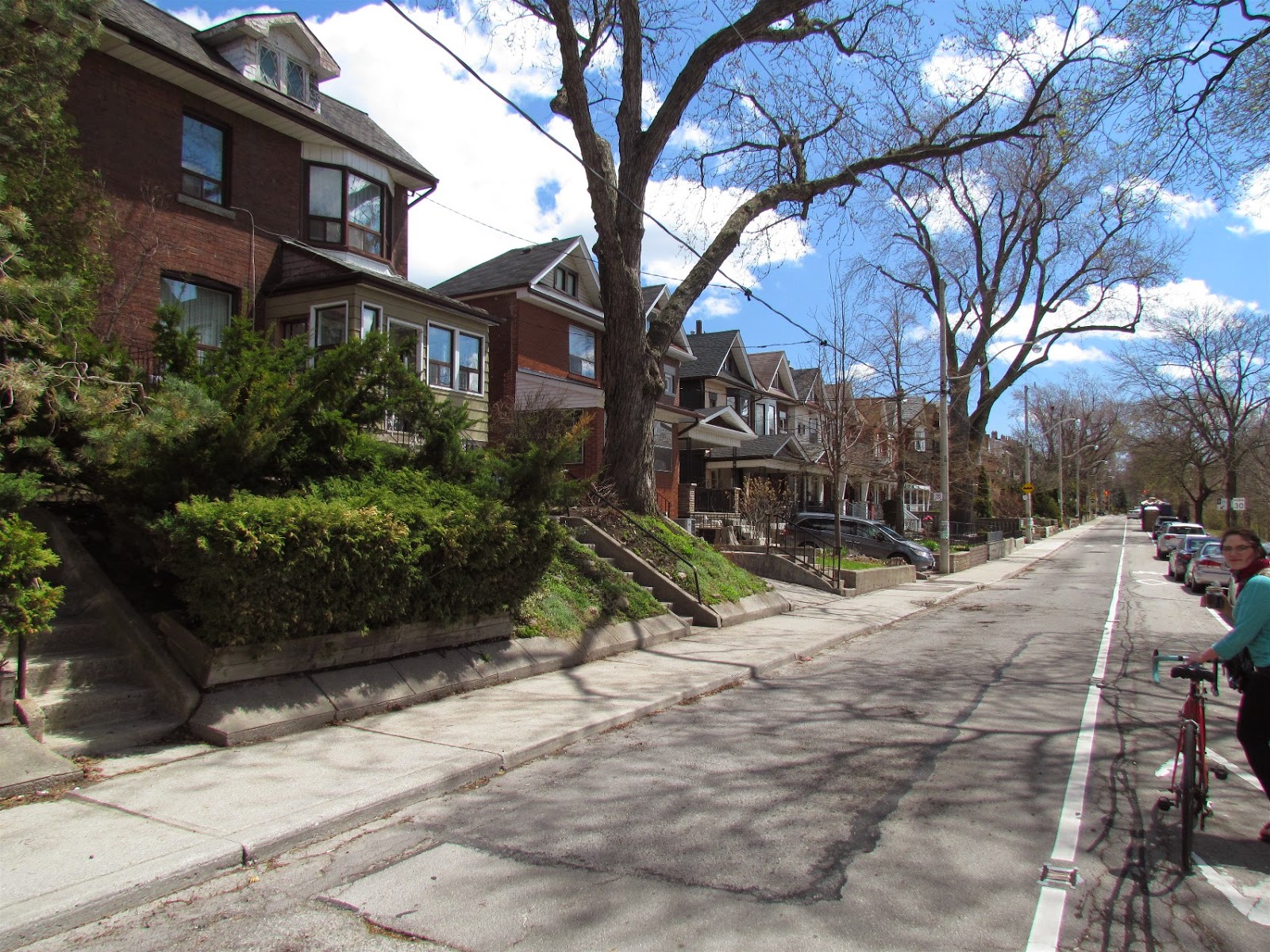 Jon also pointed out that when you see the front of houses with retaining walls and built on an upgrade, it usually means it was built at the edge of a ravine.

Between the brickyards, and industries that lined Garrison Creek, it became dangerous and polluted and finally was buried in a brick sewer, now known as the Garrison Creek Sewer. This picture is from the Vanishing Point. 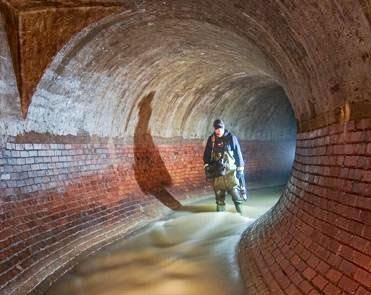 These houses on Crawford lined the west side of the ravine. Across the street on the east side were homes built around the 1880s. 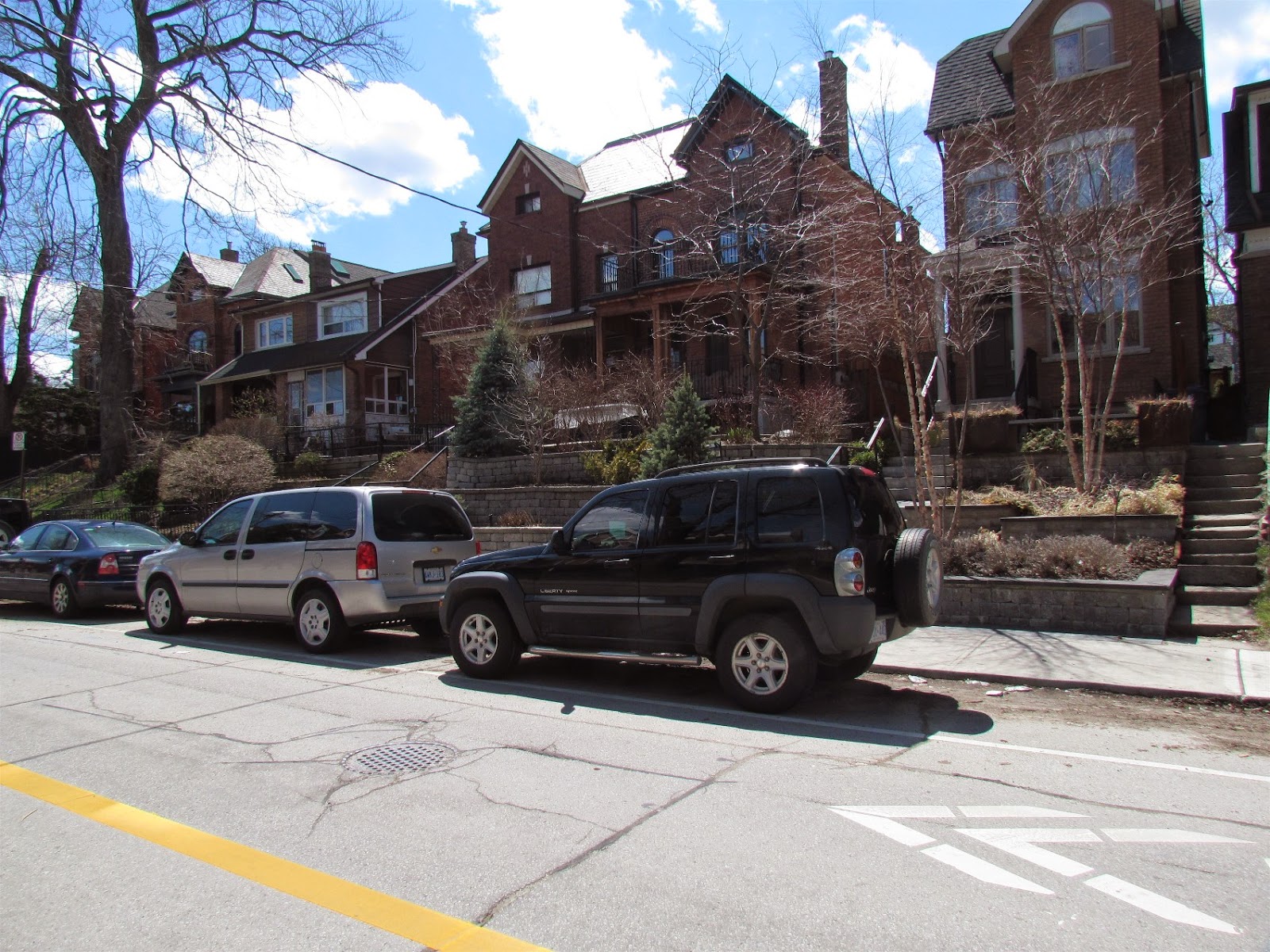 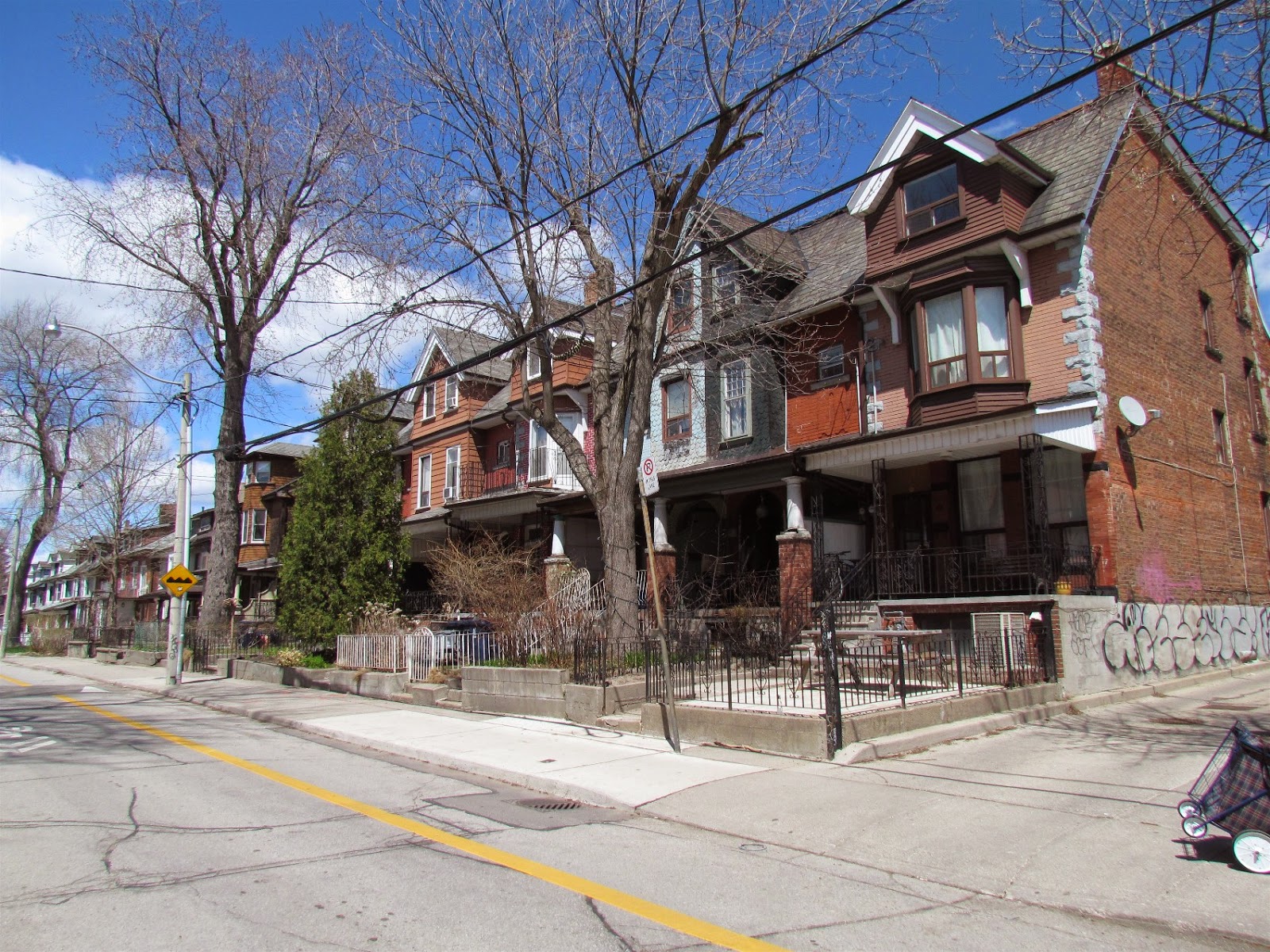 Then and now pictures are always interesting. Here are four homes on Crawford at College from around a hundred or more years ago, and as they are now. Yes, the stores at the bottom were buried by landfill. 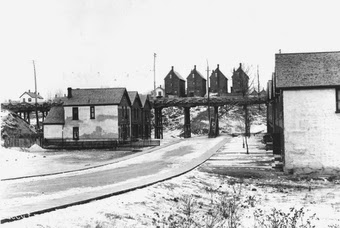 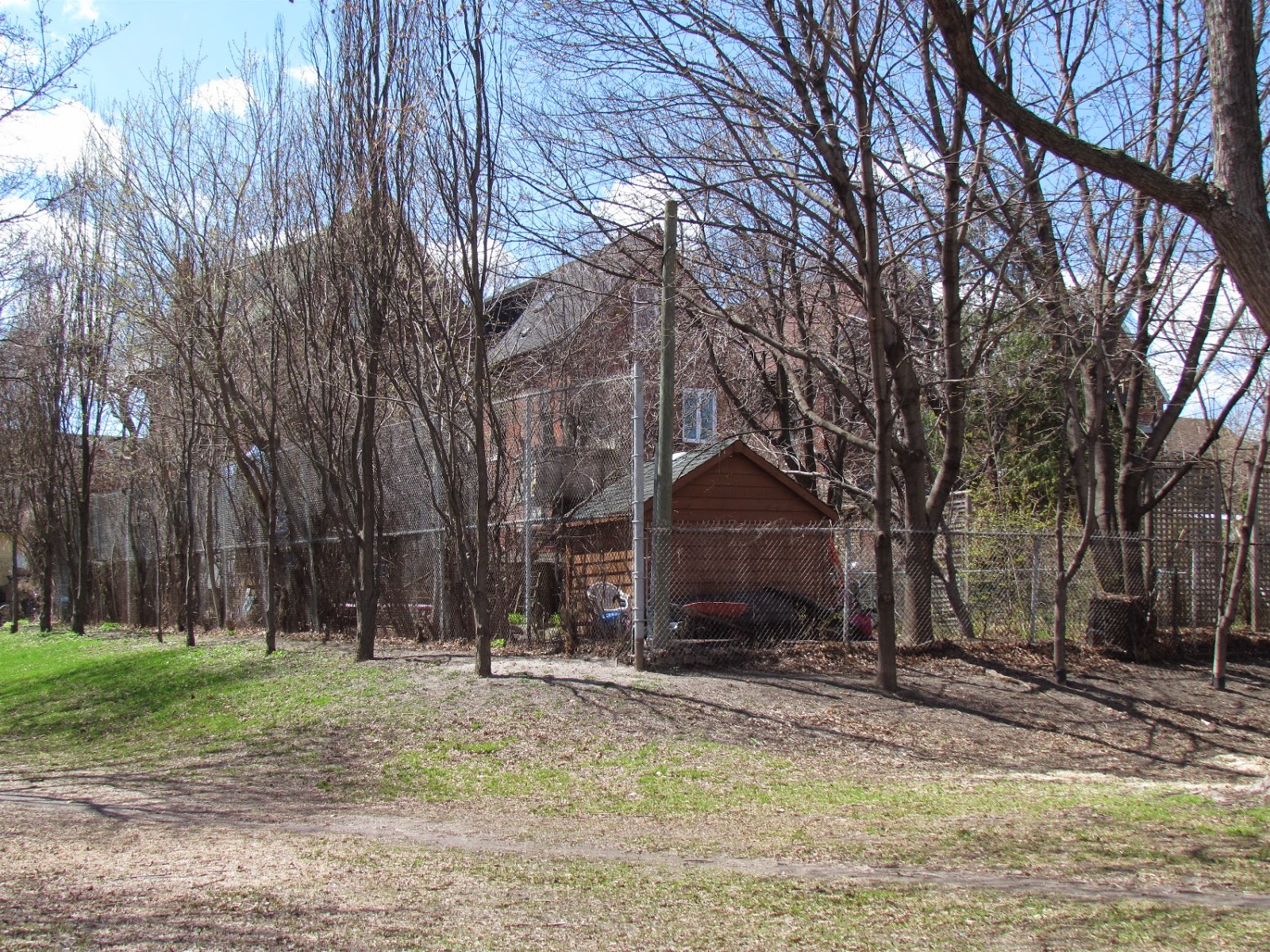 Jon explained that only one story buildings were allowed to be built over a sewer so all along the Garrison Creek sewer are schools with a one floor wing sticking off one end. That is because that part of the school is built over the sewer. 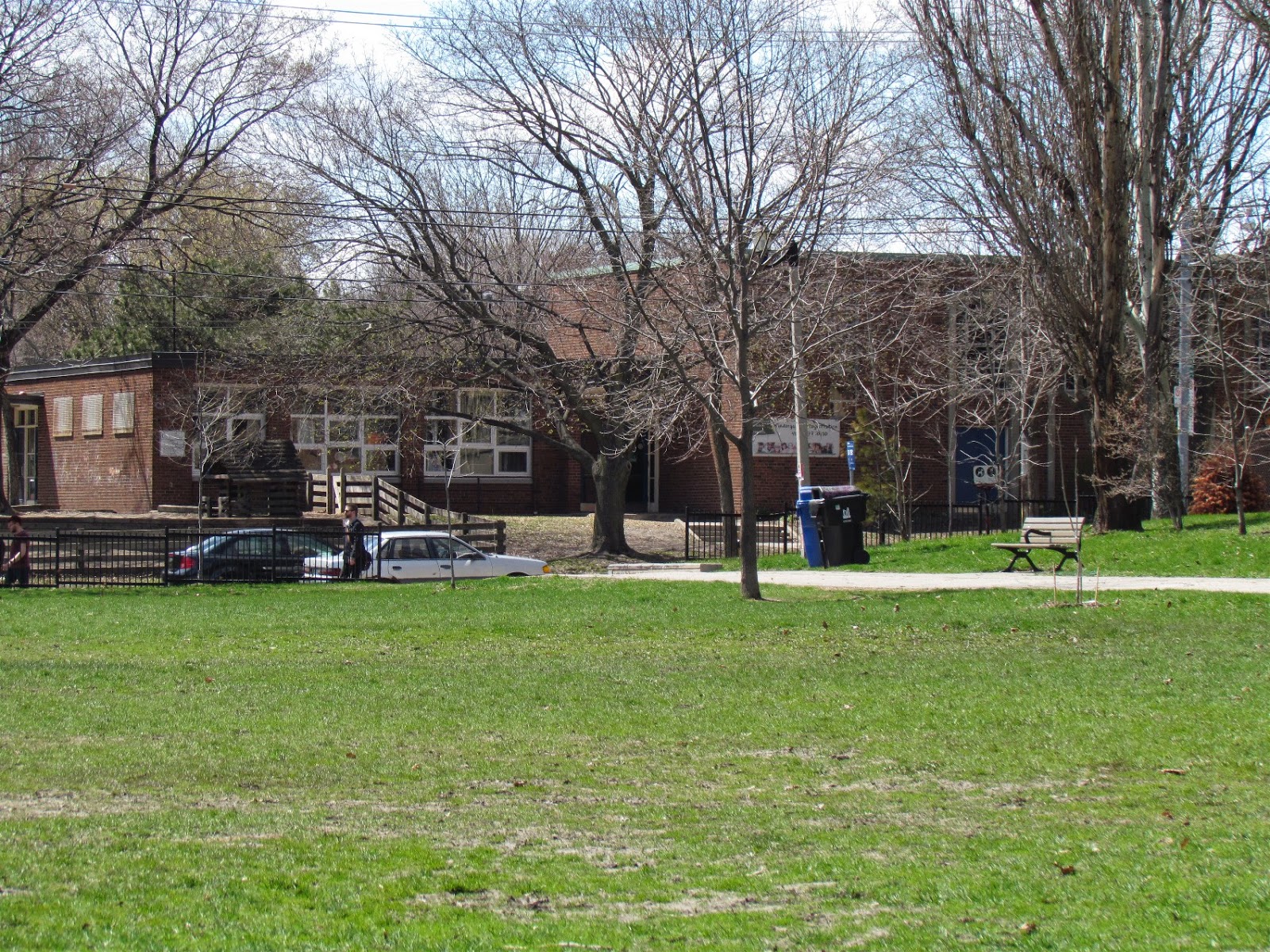 Many years ago on Harrison St which runs into Ossington Ave in a gully, homes were built. Then the city came along and raised the grade with landfill. Three story homes became two story homes with a lower level. The living room windows and front doors had the be changed. Not much a view from the original living room window! 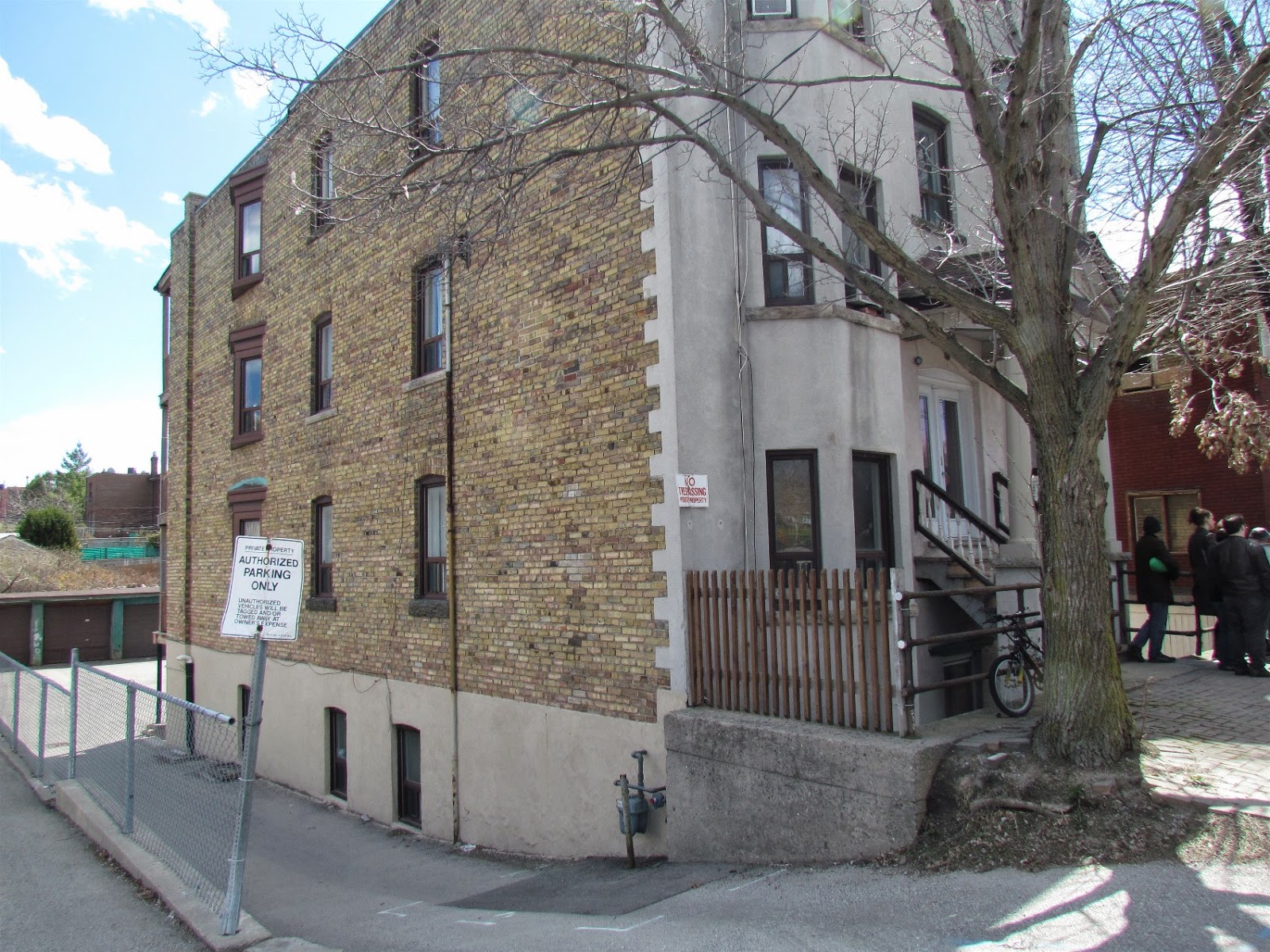 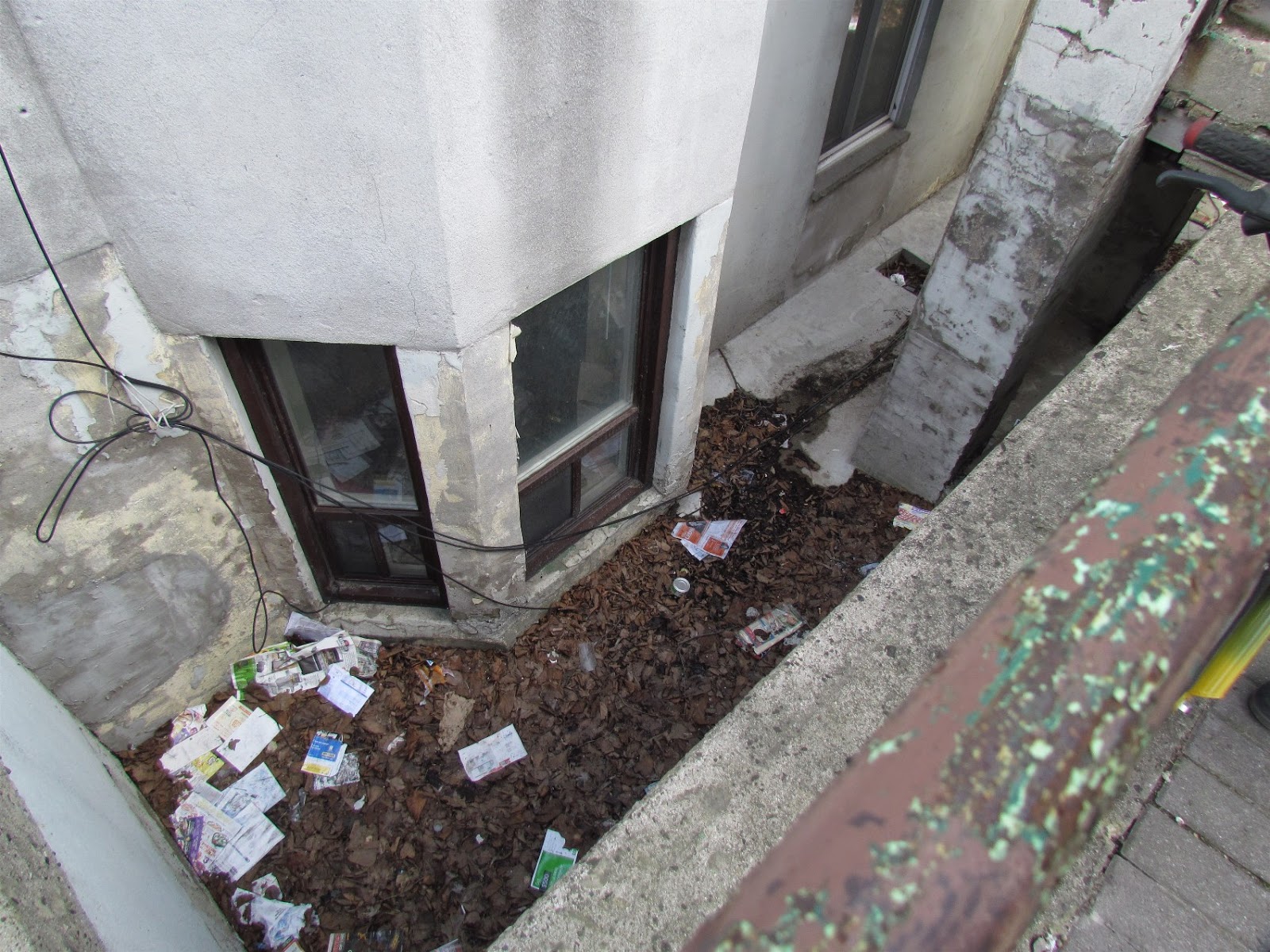 The three manhole here trace the line of the sewer. The third one is on the driveway. The house on the right is set back from the others as the sewer runs under it's front yard. 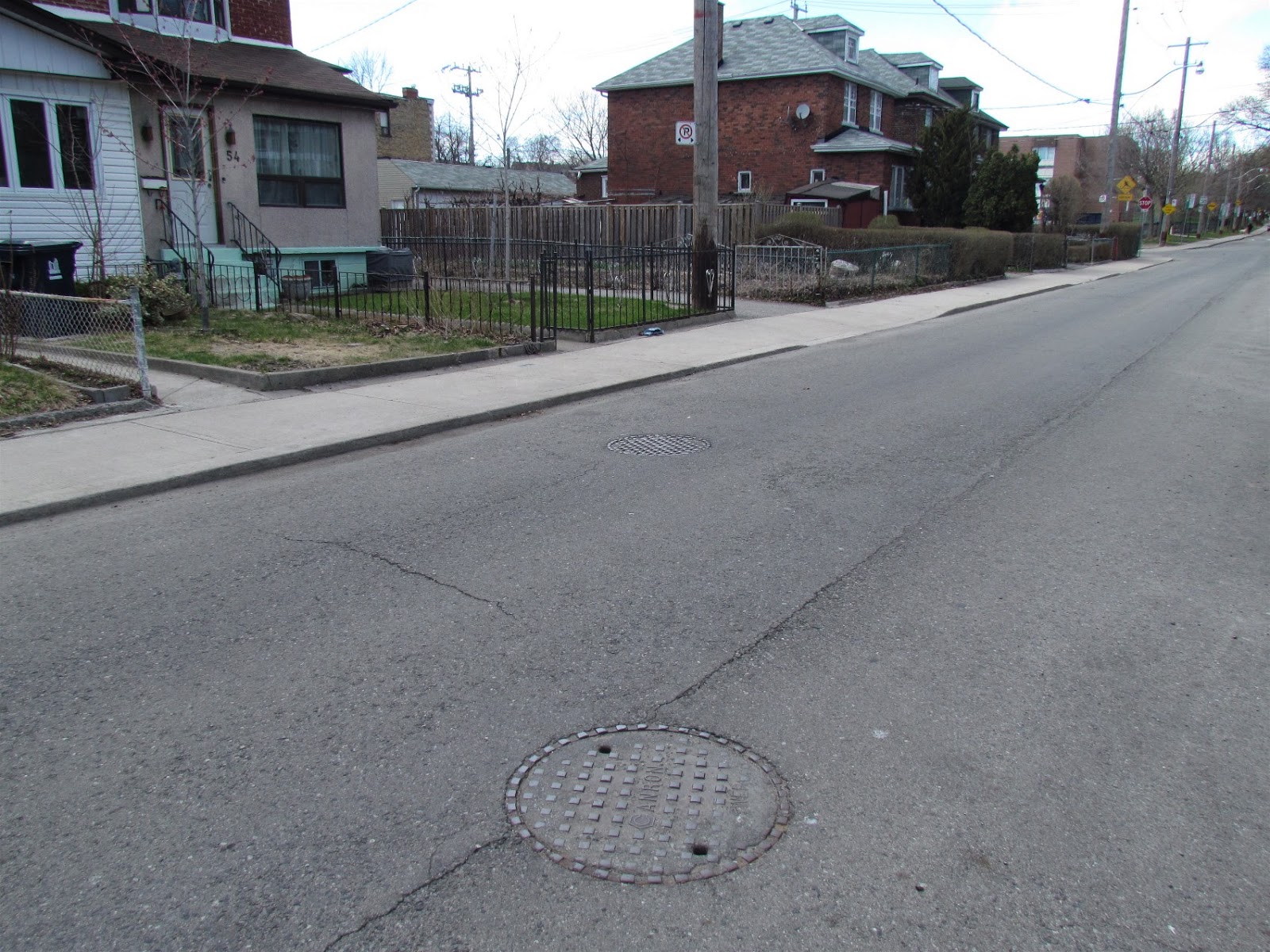 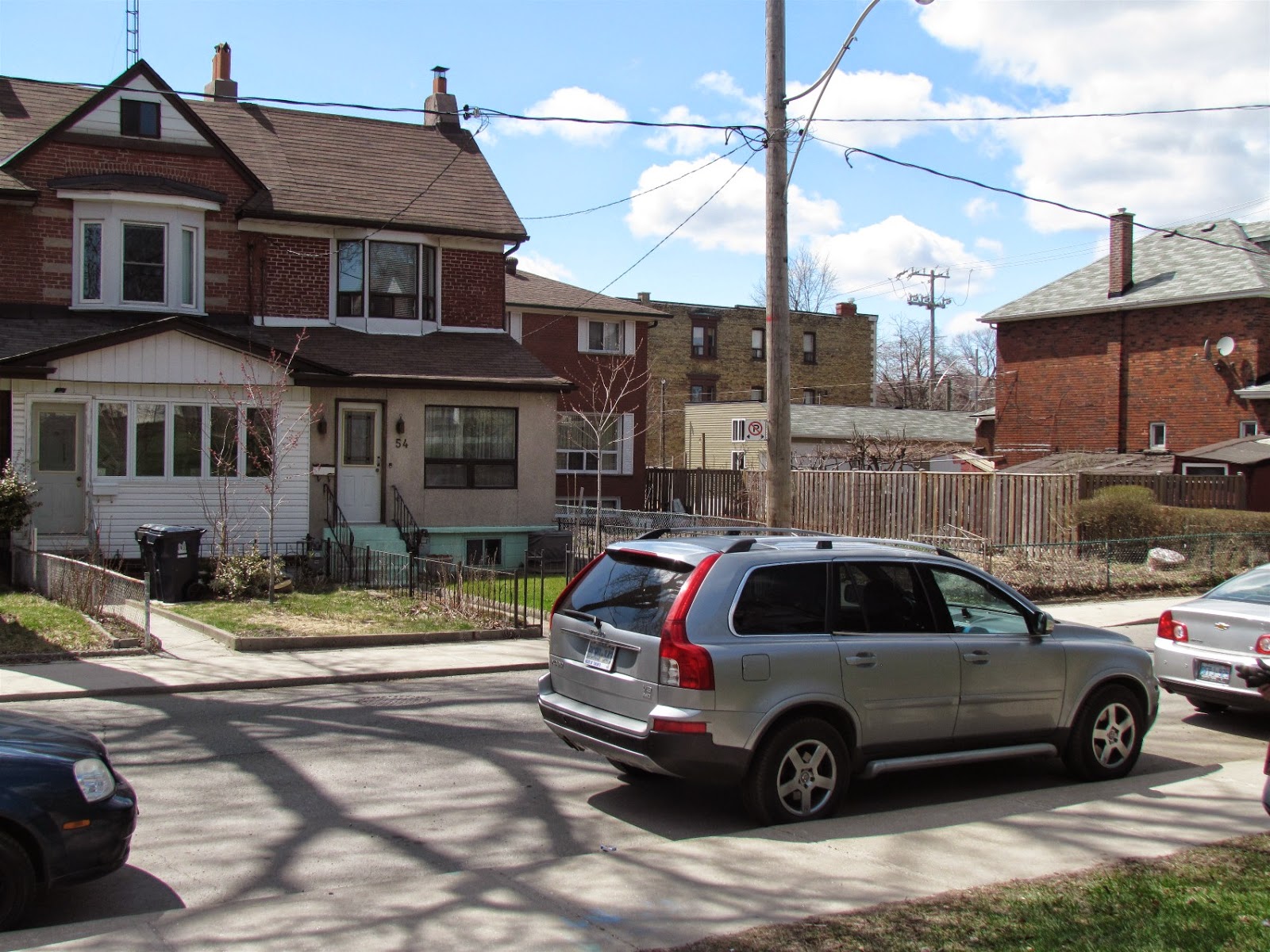 At the corner of Shaw and Dundas sits two buildings which sit on an angle to the rest of the  intersection. The reason? The sewer runs between them. 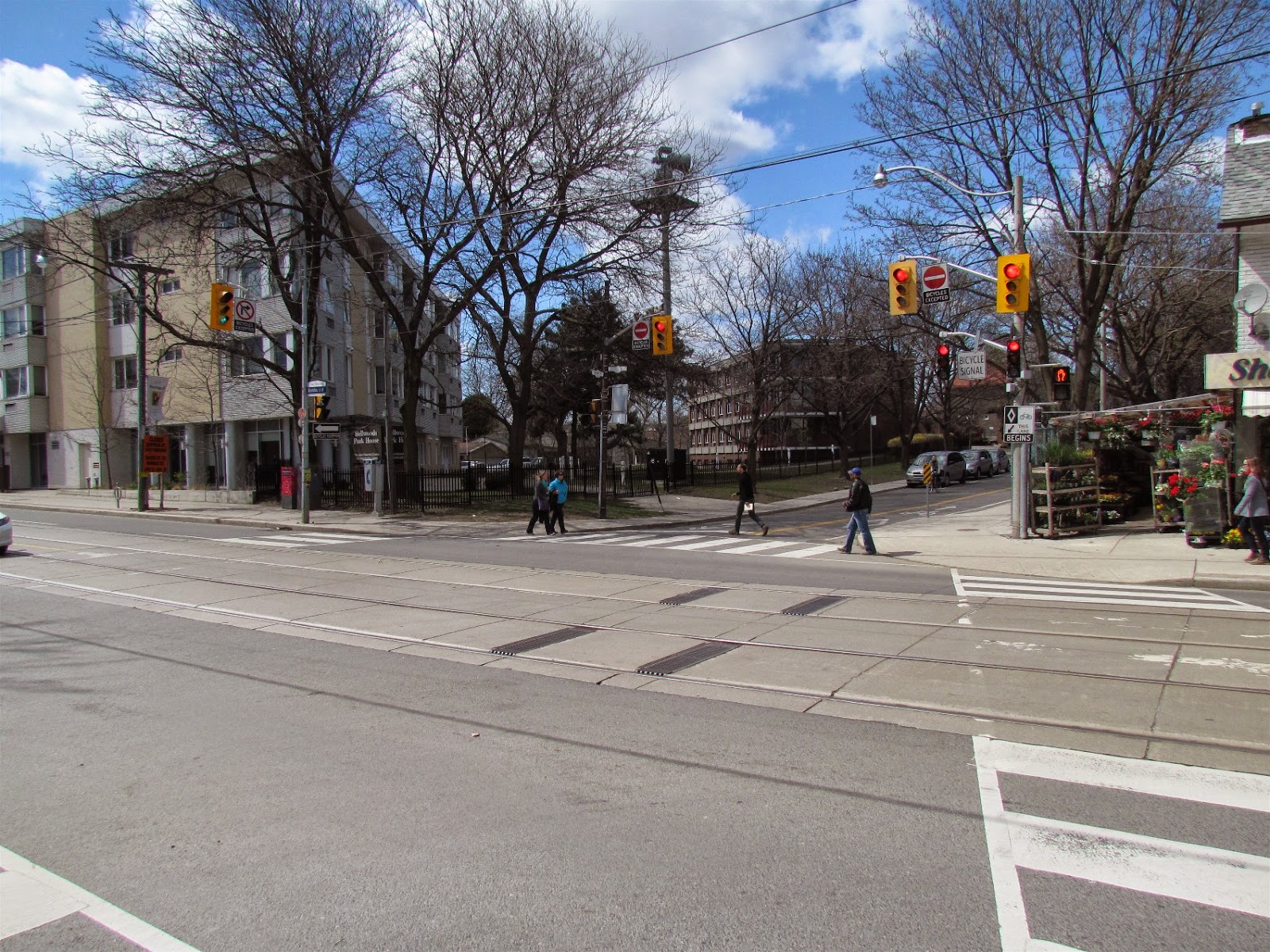 In Trinity Bellwoods Park sits a statue dedicated to the liberator of South America, Simon Bolivar. Why? I really have no idea but it's fun that it's there. 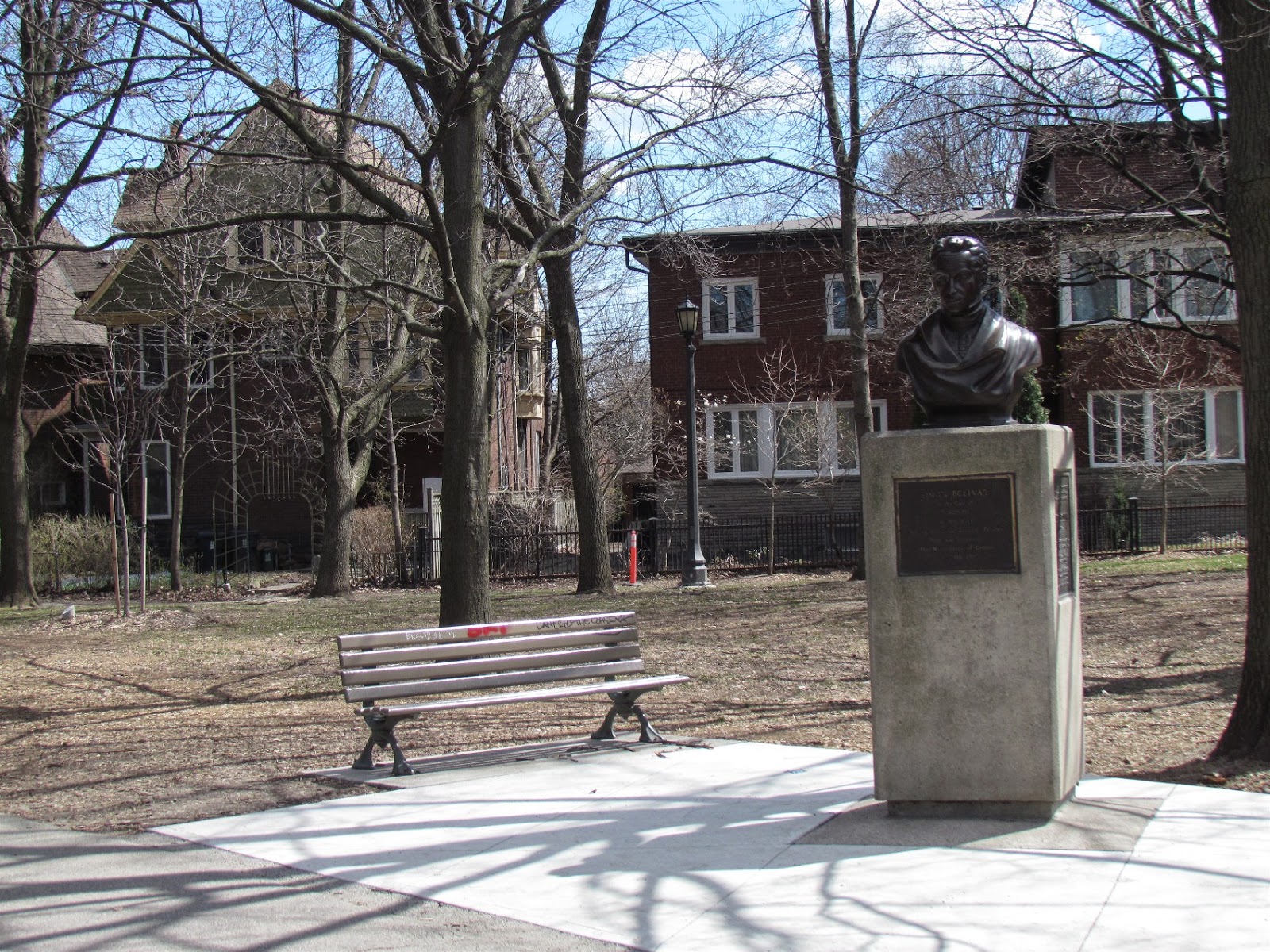 Another then and now shot. Here is now. These homes sit on a weird angle to the street to the left. The reason? They used to be on the edge of the ravine, plus a bridge ran over the ravine. These houses are in the background of the bridge. 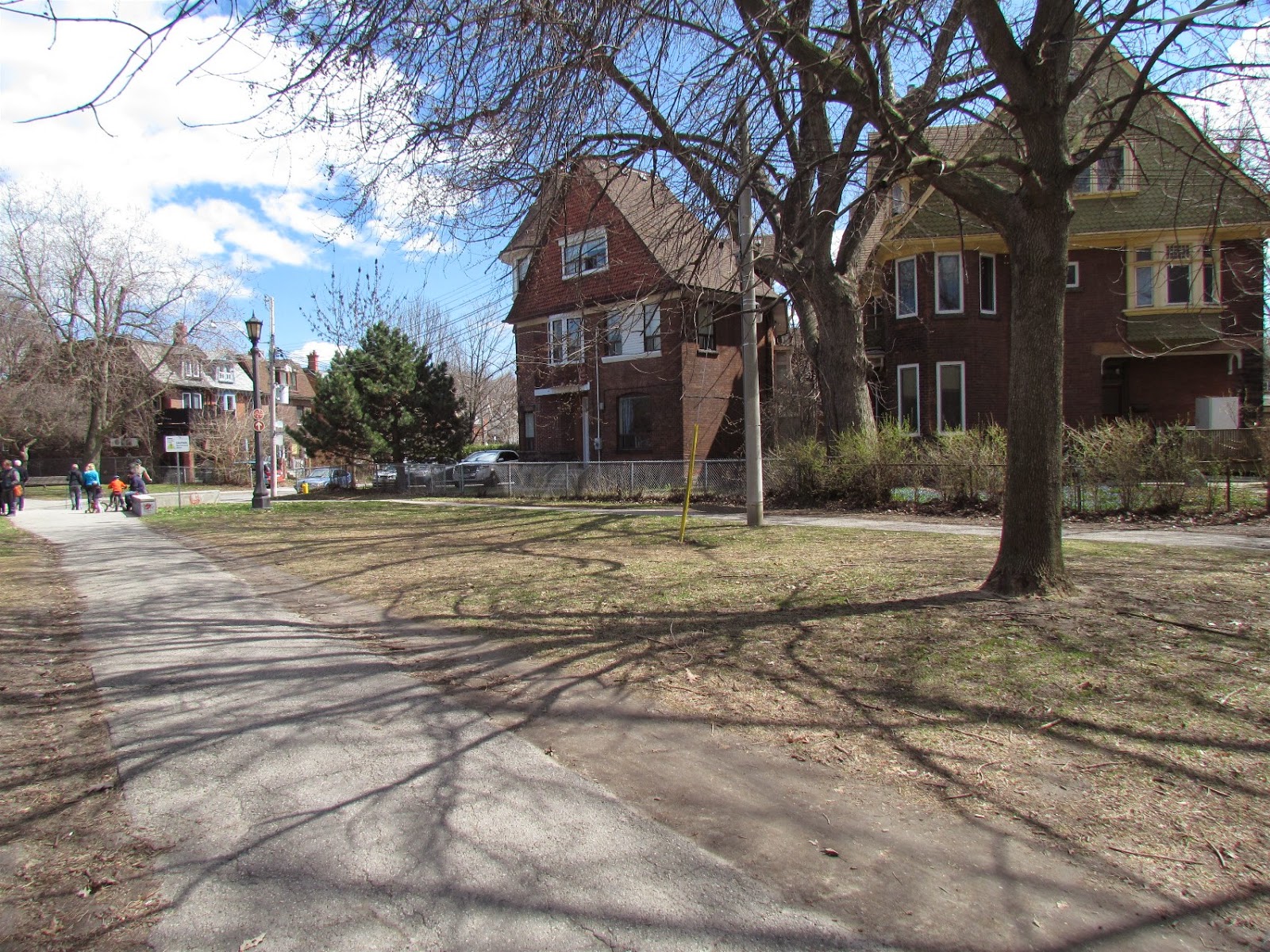 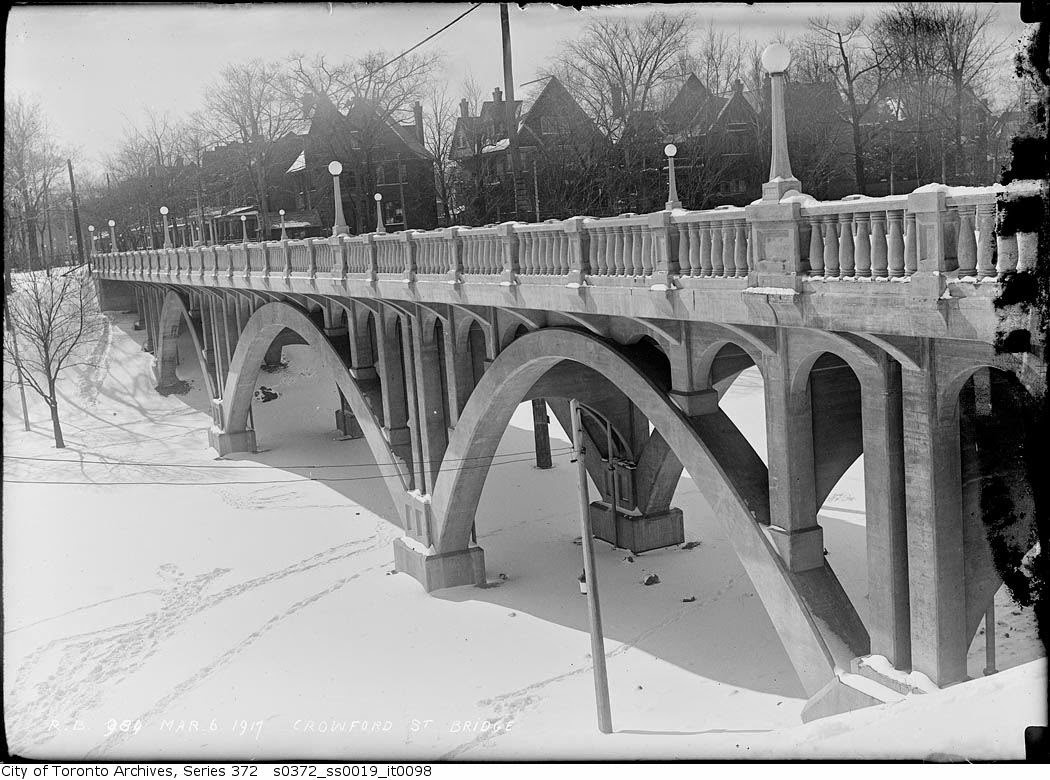 Our last stop was at the oldest tree in Trinity Bellwoods Park. 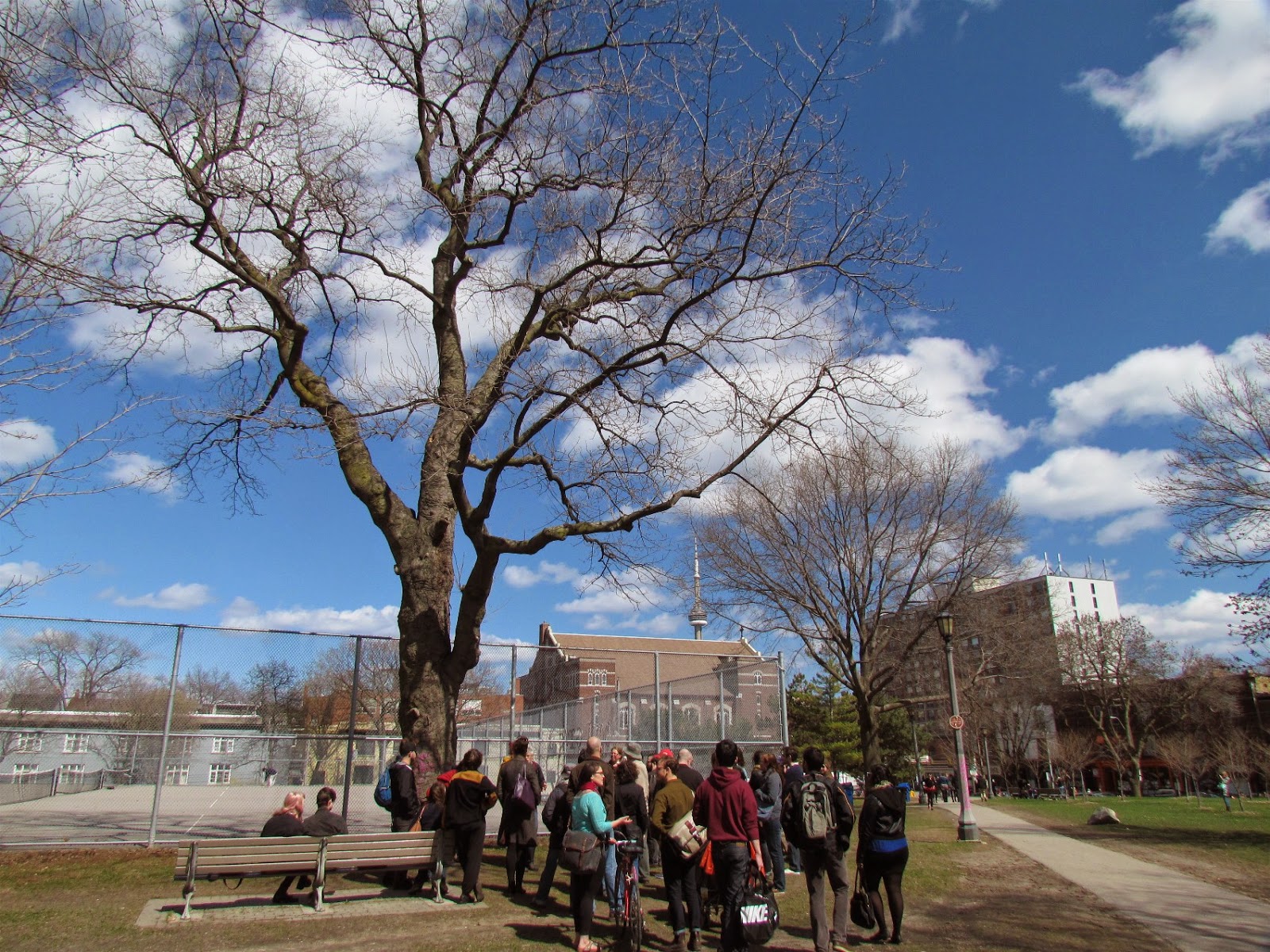 It was a fabulous day, sunny and we had a great guide. If this walk is put on next year, I would recommend it! Thanks, Jon!
Posted by Swordsman at 15:30