Beer of the Week - Vulcan Ale This being my 235th Beer of the Week you know that I love beer. I also really love Star Trek and Star Trek, The Next Generation.

What does one have to do with the other?

Nothing really 'til May 17, 2013. That was when an Alberta brewery, The Federation of Beer, released its first beer, Vulcan Ale, to coincide with Vulcan, Alberta's Centennial celebrations (population 1,836) and the release of the the latest Star Trek movie, Star Trek into Darkness.

Every year Vulcan holds a Star Trek convention that it calls Spock Days, named, of course, after the character, Spock, from the original Star Trek series, who was born on the planet Vulcan.

Gotta love it. Put this on my list of things to do!

The three owners, Dr.Richard Weger, retired Canadian veteran Paul Carreau, and beer marketer Vern Raincock, all met for the first time, at the convention in 2012. With permission from CBS, they brewed their Season One, Episode One, beer "Vulcan Ale". Although the company appears to be Canadian, the beer is actually contract brewed in the states and imported to Alberta and the rest of the country.

Vulcan Ale pours a brownish colour with a red tinge. The brownish head took a long while to dissipate. There is an earthy aroma to this ale. There are lots of lacings lining the inside of the glass that remain even after the glass is drained. The beer is quite malty, a little creamy in mouth-feel and is sweet with some flavours of caramel coming through. 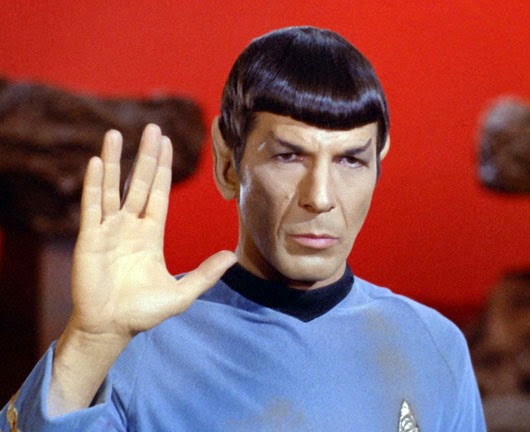 It's not a bad beer but not a great one too, which is quite a compliment coming from a person who does not like red ales.

Fans of red ales will love this. I had no problem finishing the two I had.