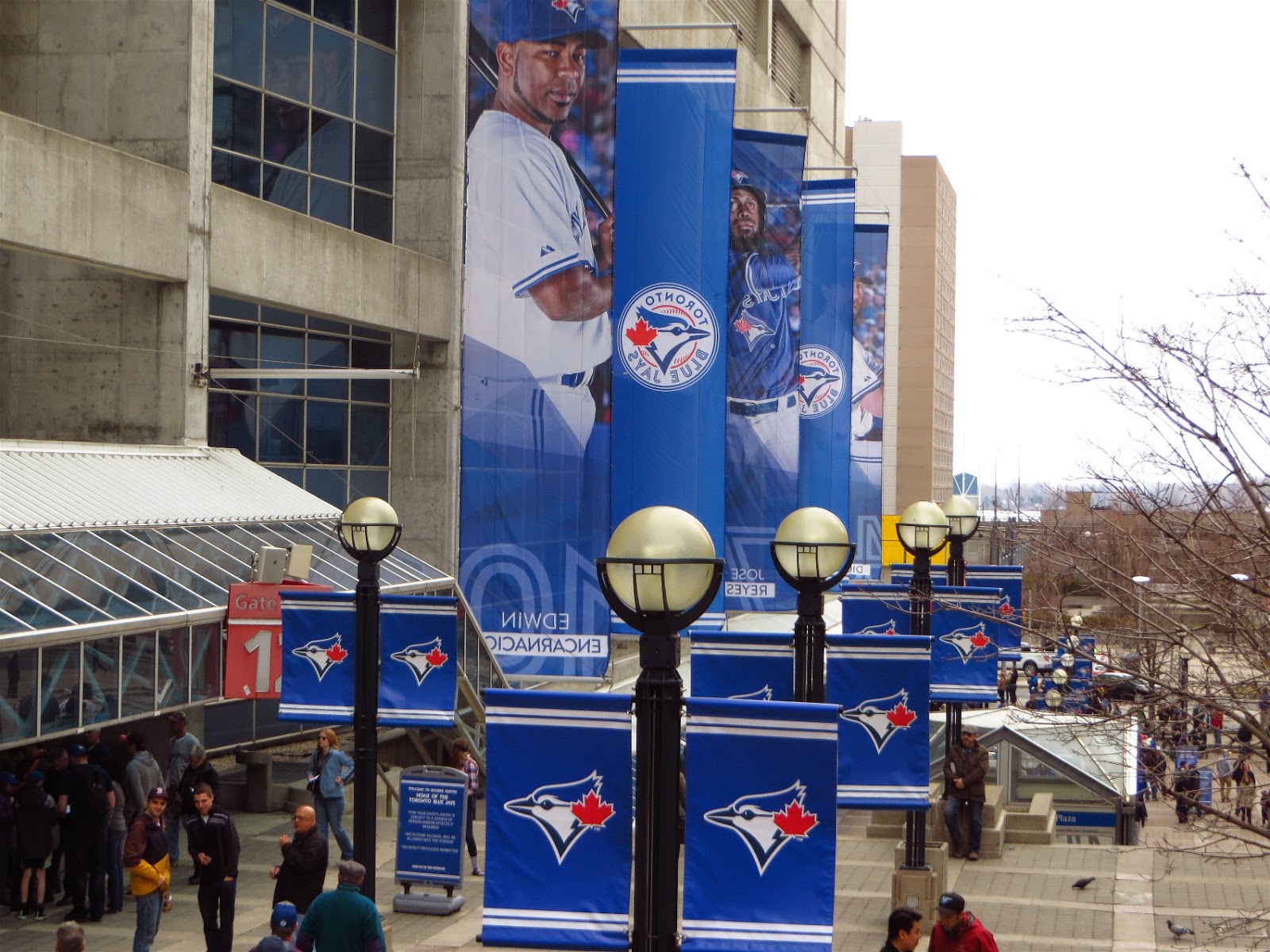 This afternoon I was at the Toronto Blue Jays game with some clients from work. Nothing could be better than to bring them to a game where we win. Too bad we fell a little short, losing 7-6.

I arrived early and watched the teams warm up. Brett Lawrie and Jose Reyes were joking around and seemed quite loose. 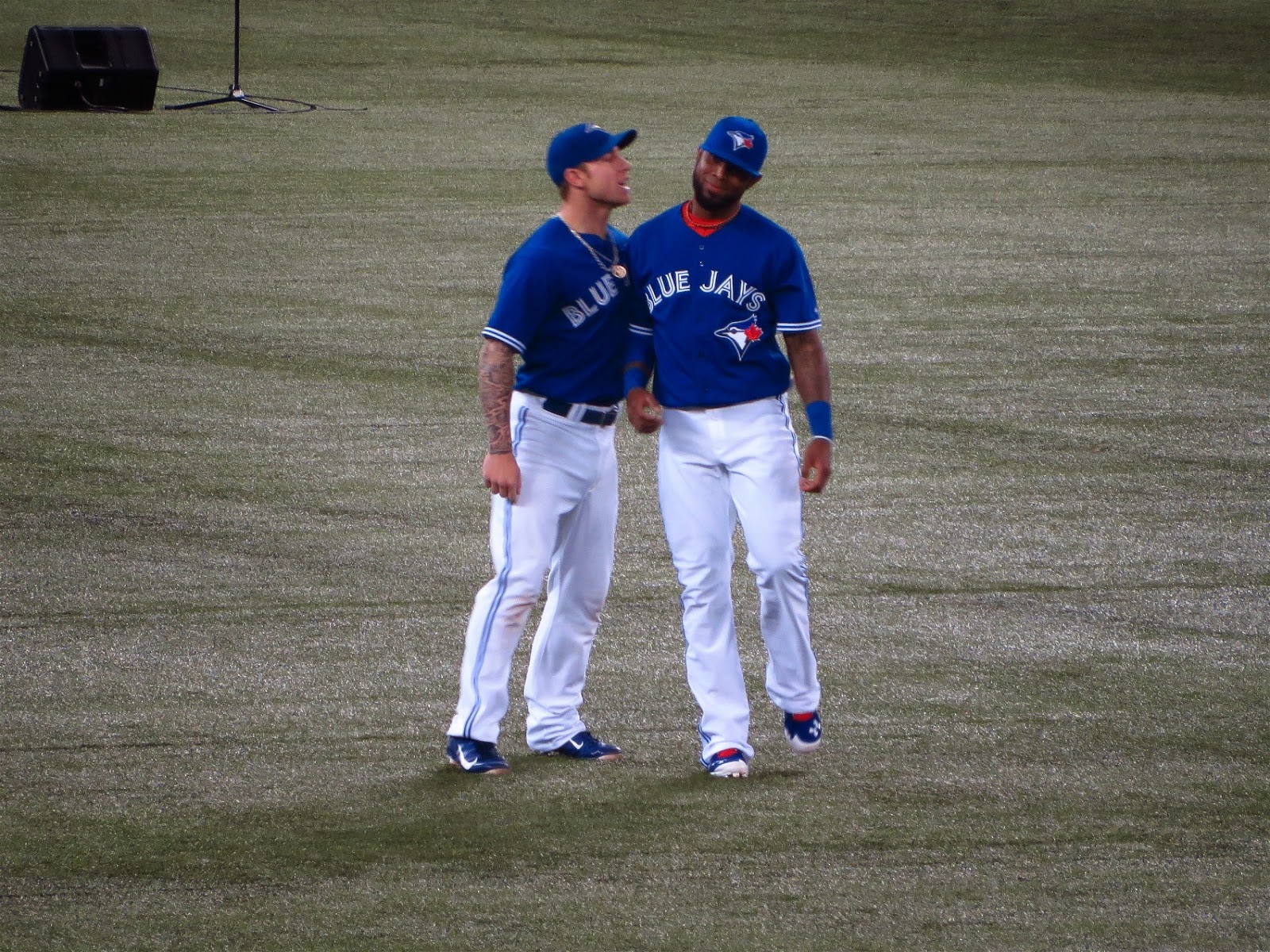 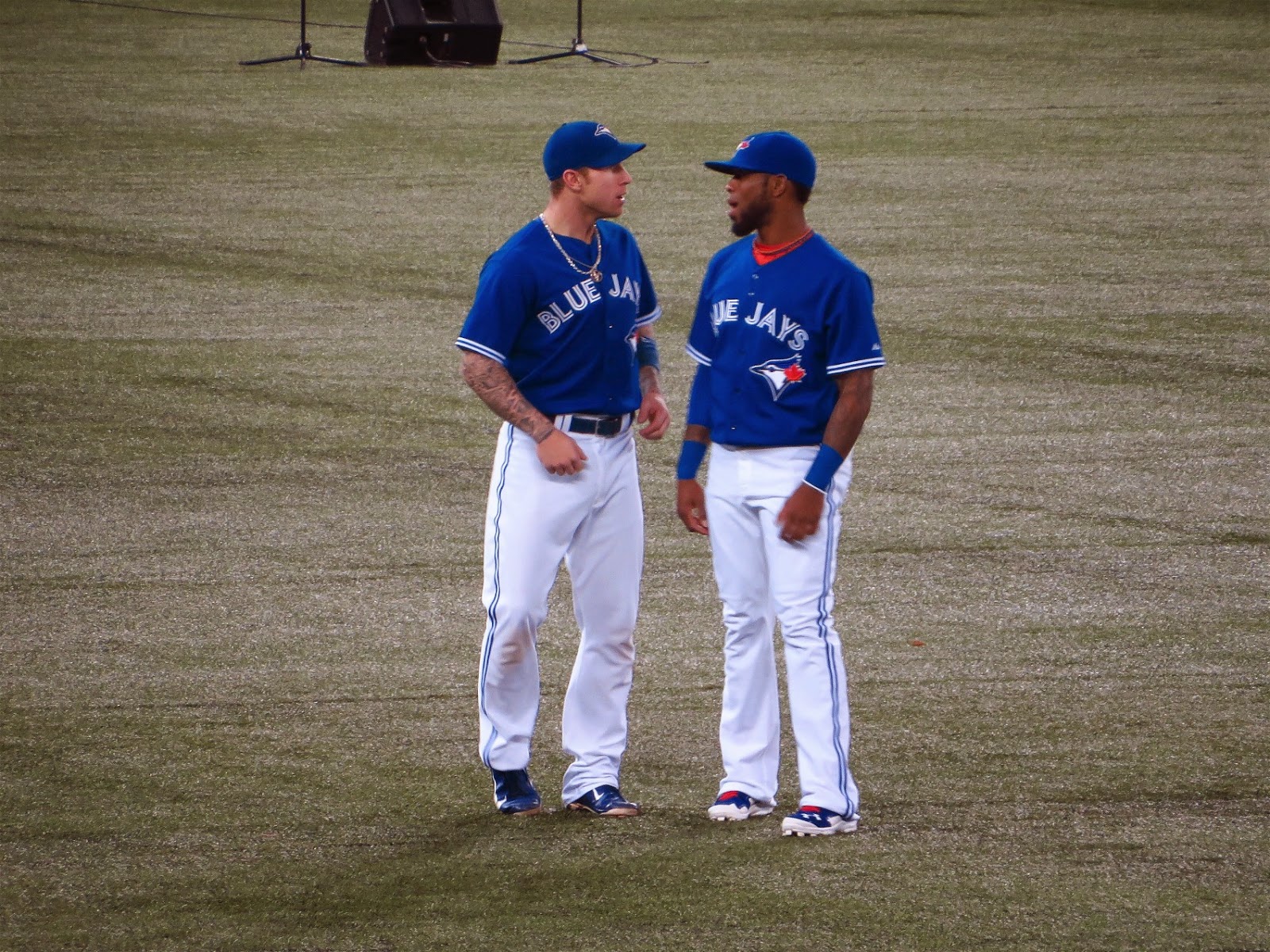 The Red Sox gave me a reminder of what I need to do more of. Stretch! The player on the right is doing a glute stretch that I had forgotten about. 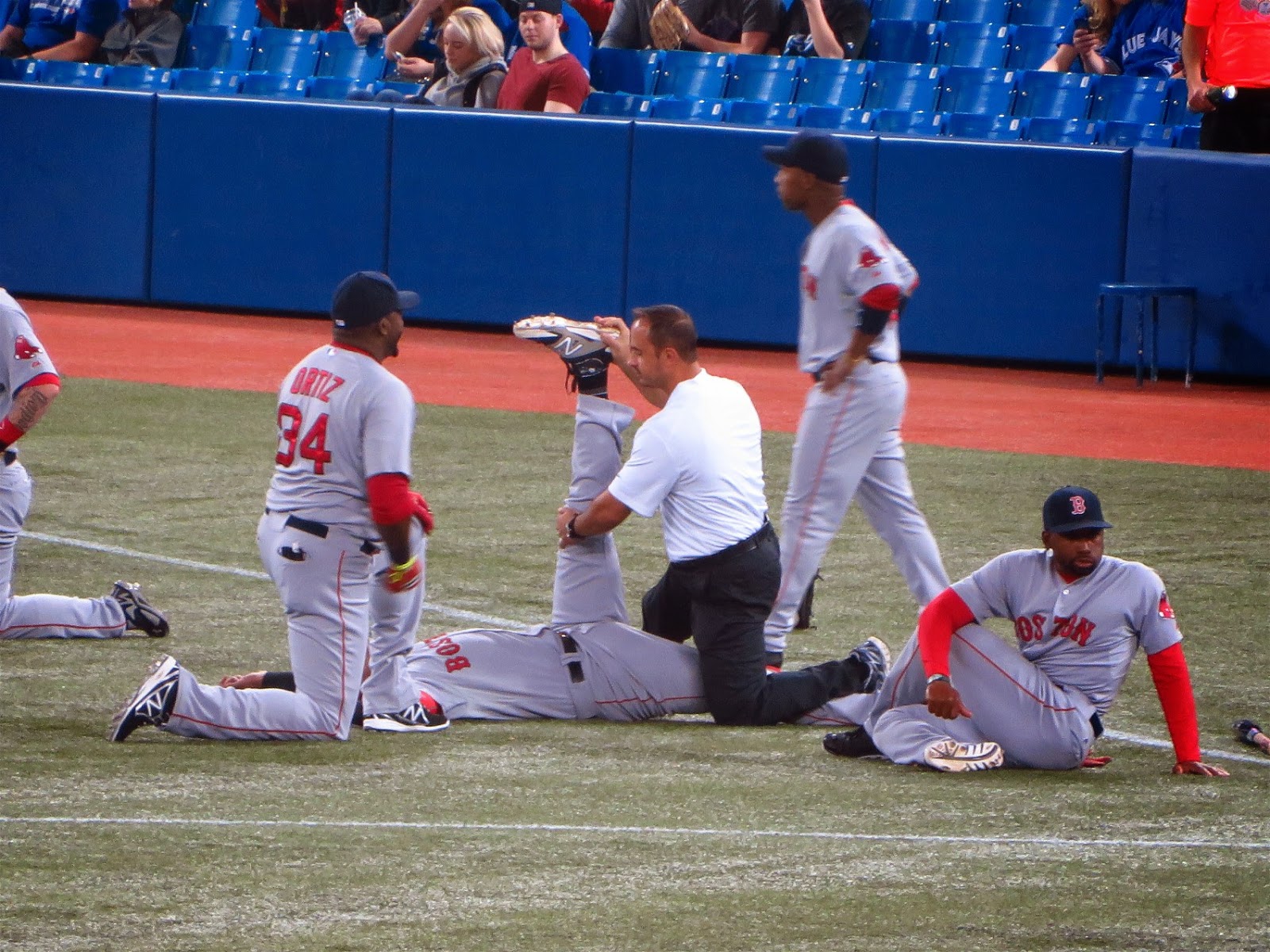 The music which is played for each player when they come up to bat. Seems that Drake is a hit with the Jays! 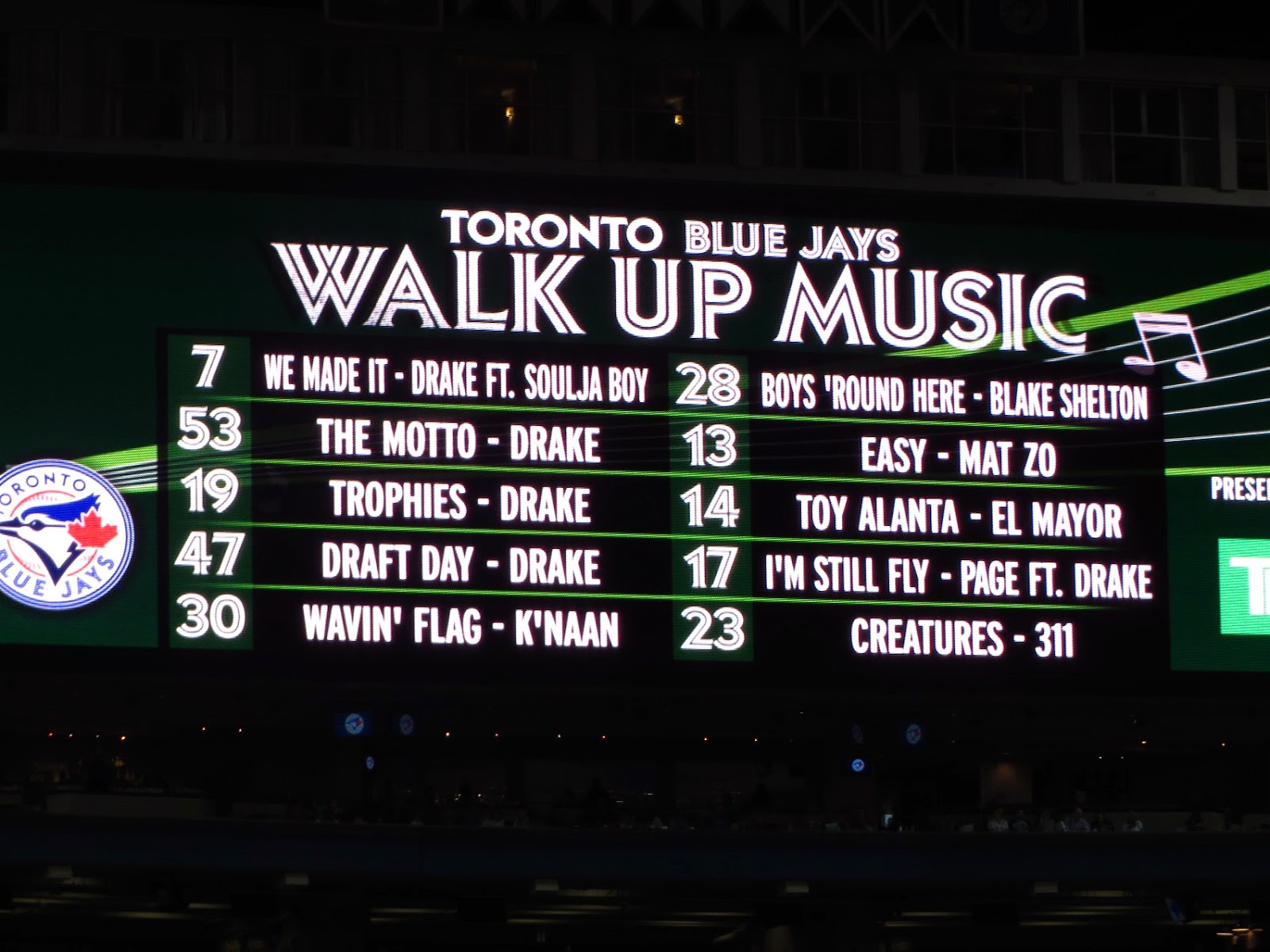 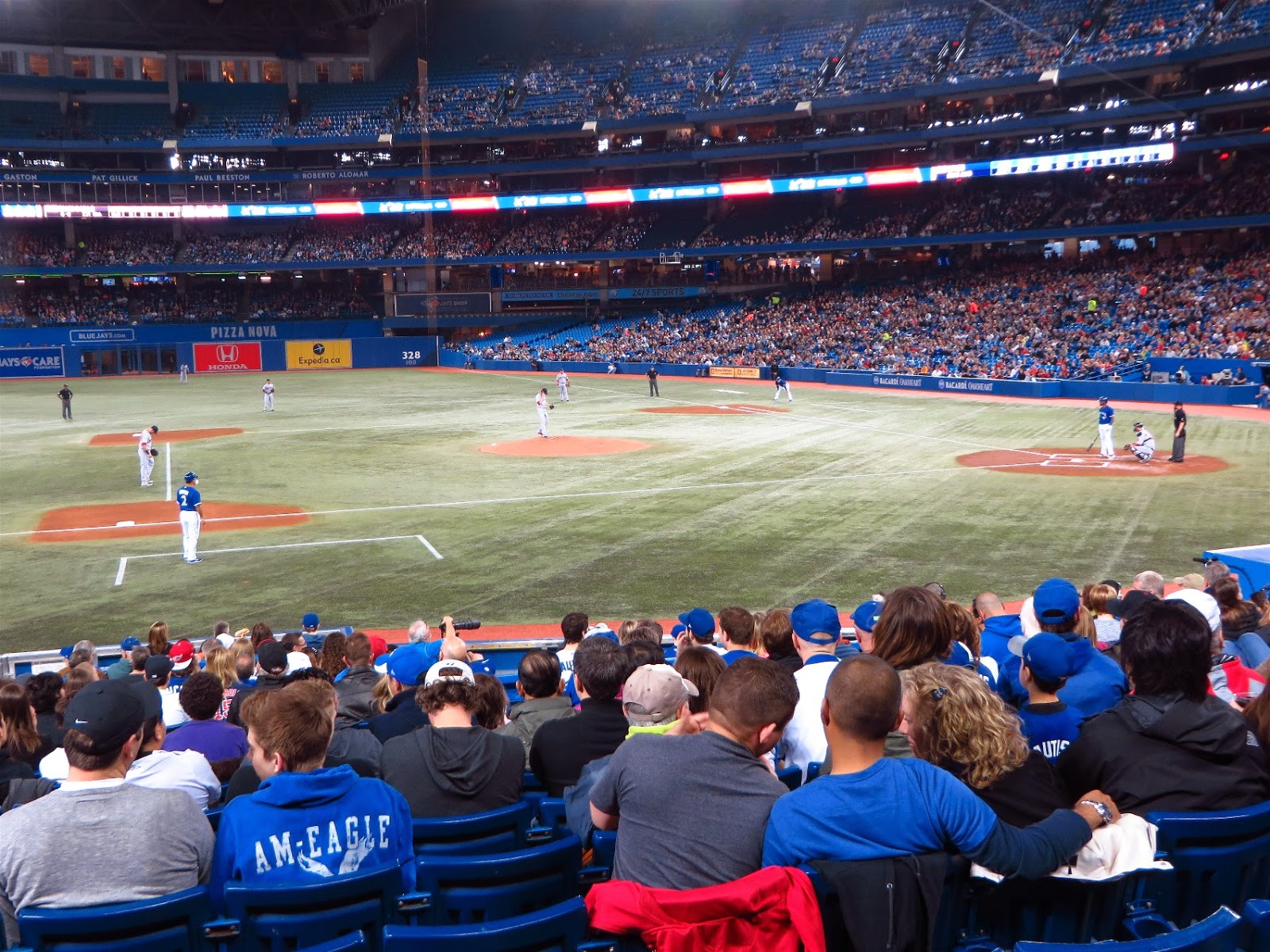 The Jays scored three runs in the first inning but my client joked that they would need to put up six. Turns out is was no joke, as Boston put up six runs in the third inning. Brandon Morrow, the Jays' starter, did not give up a hit but walked eight. The third inning was the worse as he walked three in a row to load the bases, then walked in a run. That was enough for Gibbons who pulled Morrow and put in Brad Jenkins.

This is Jenkins' first pitch. It was a ball. His second pitch gave up a grand slam home run! 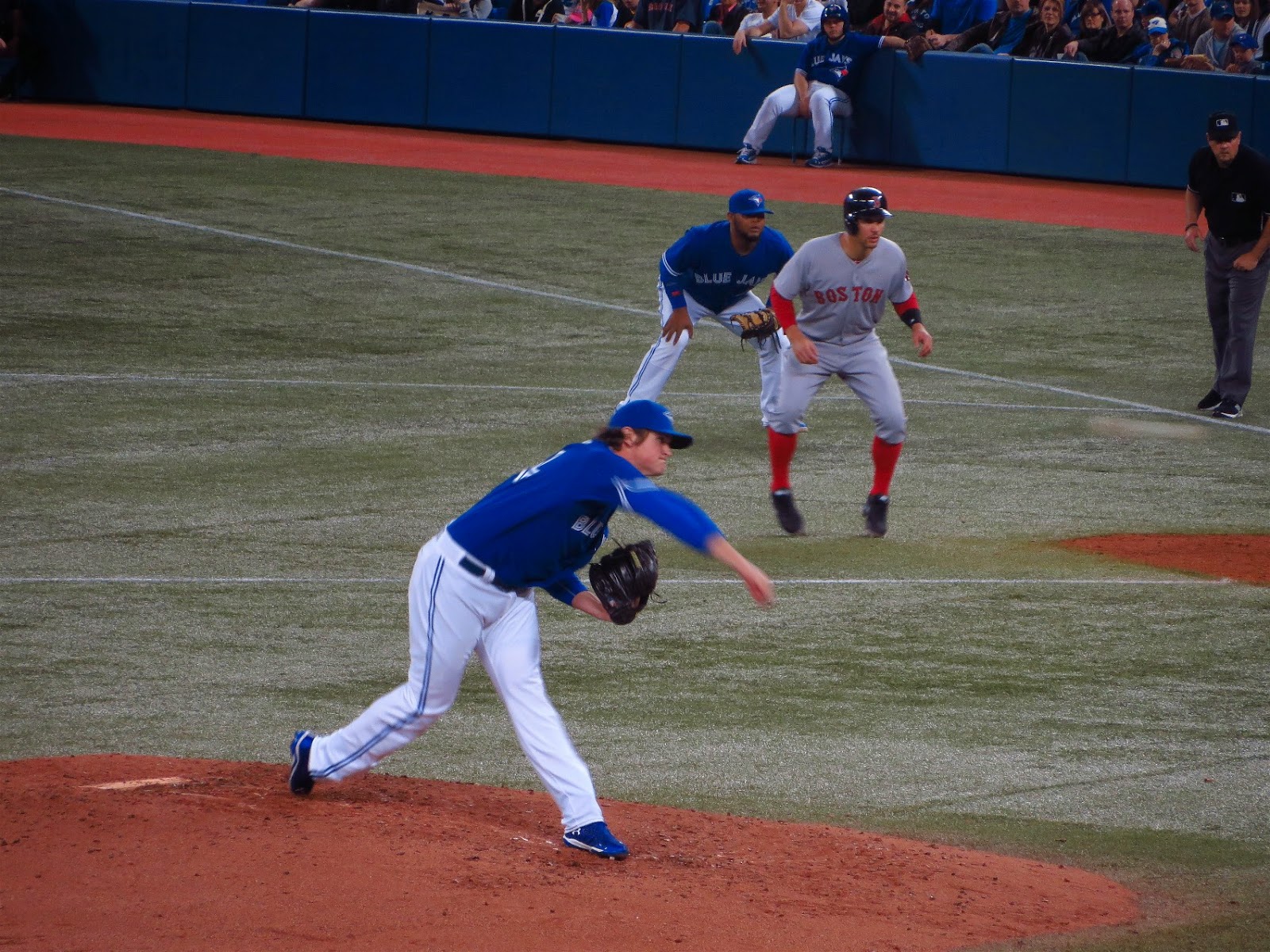 Five pitches later, Jenkins gave up another homer and the Jays were behind 6-3. Jenkins settled down and only gave up one run in the next two innings he pitched.

Then Aaron Loop came in to pitch in the seventh. Here he is in action and throwing strikes! 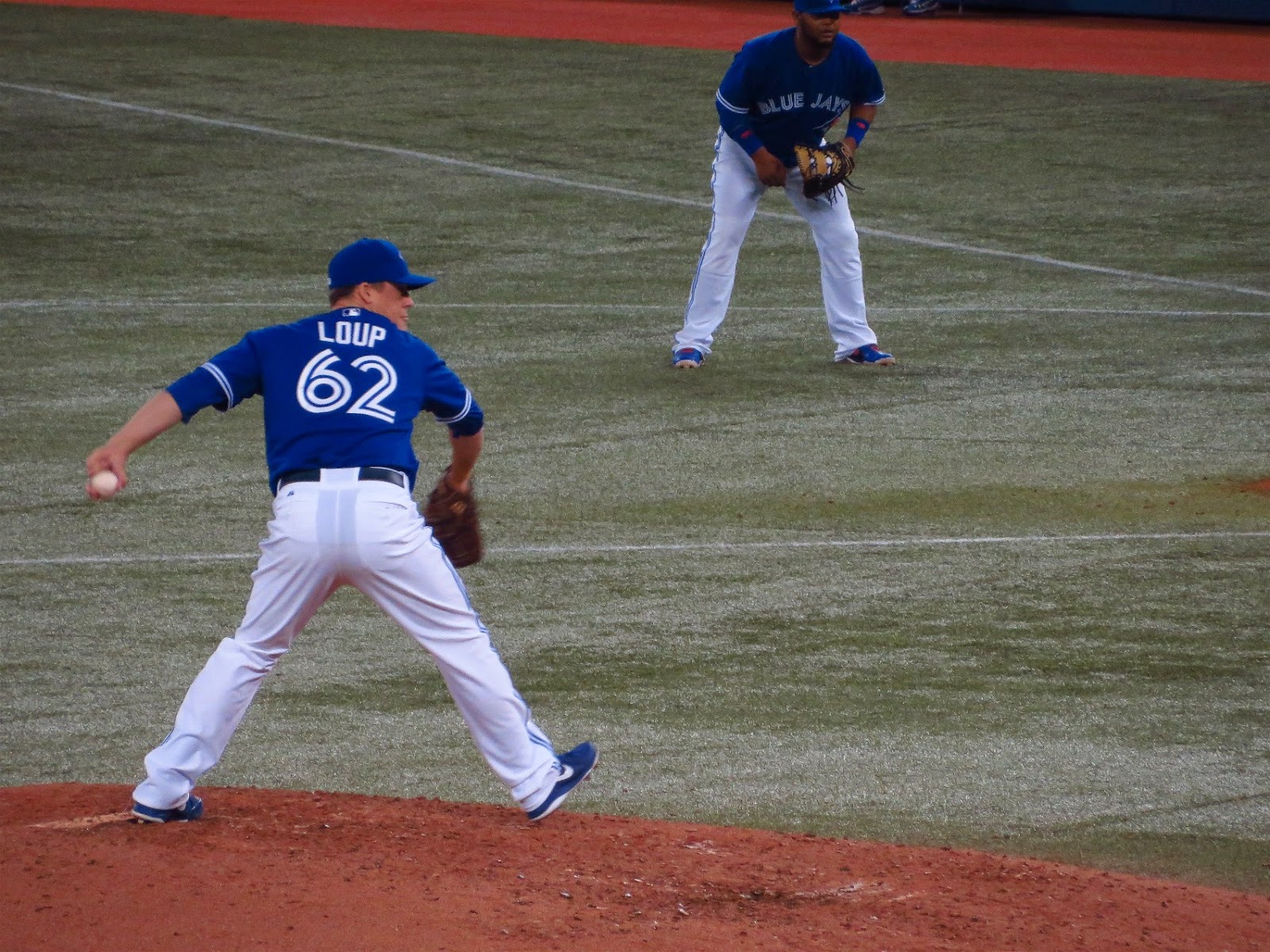 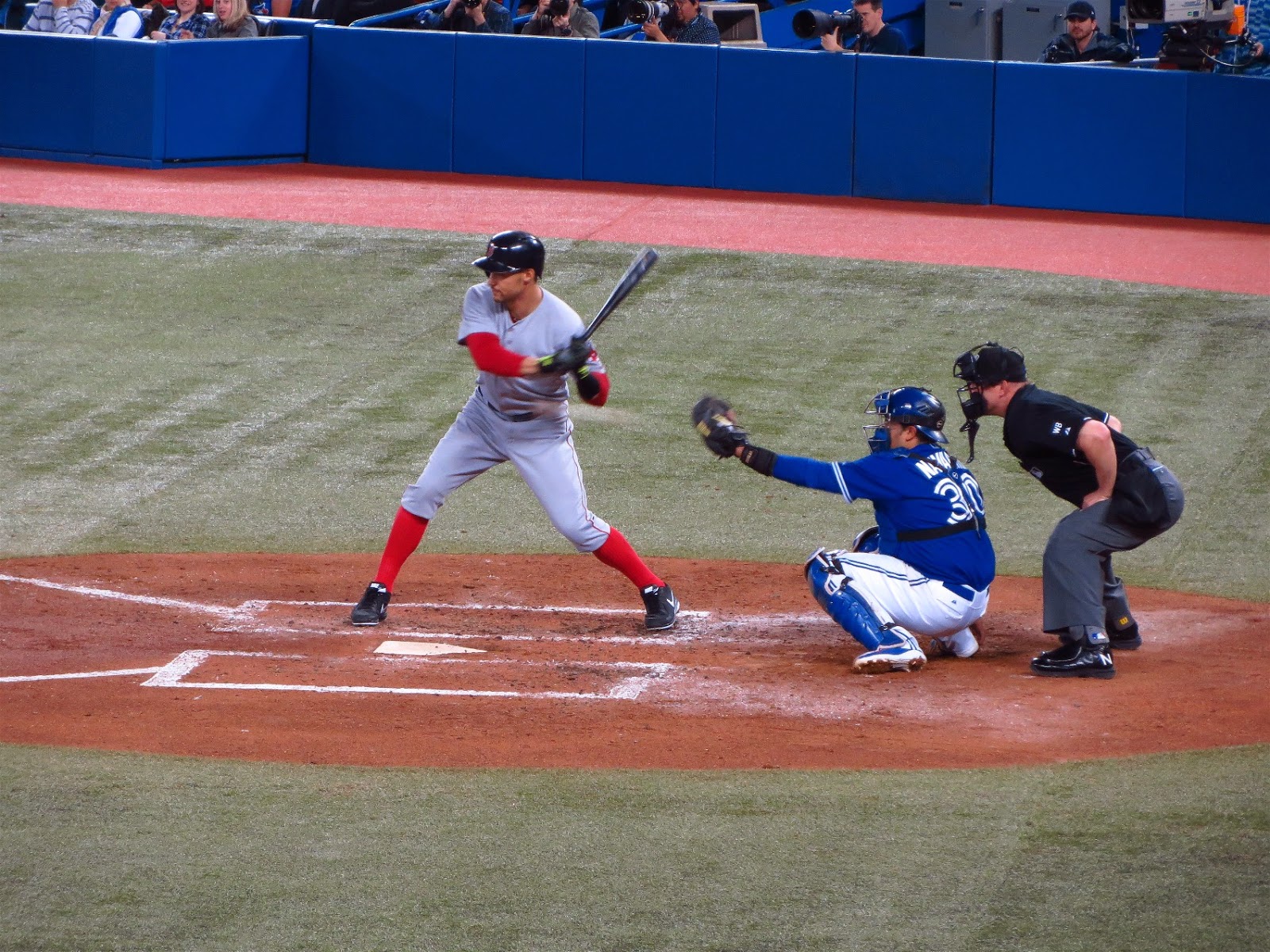 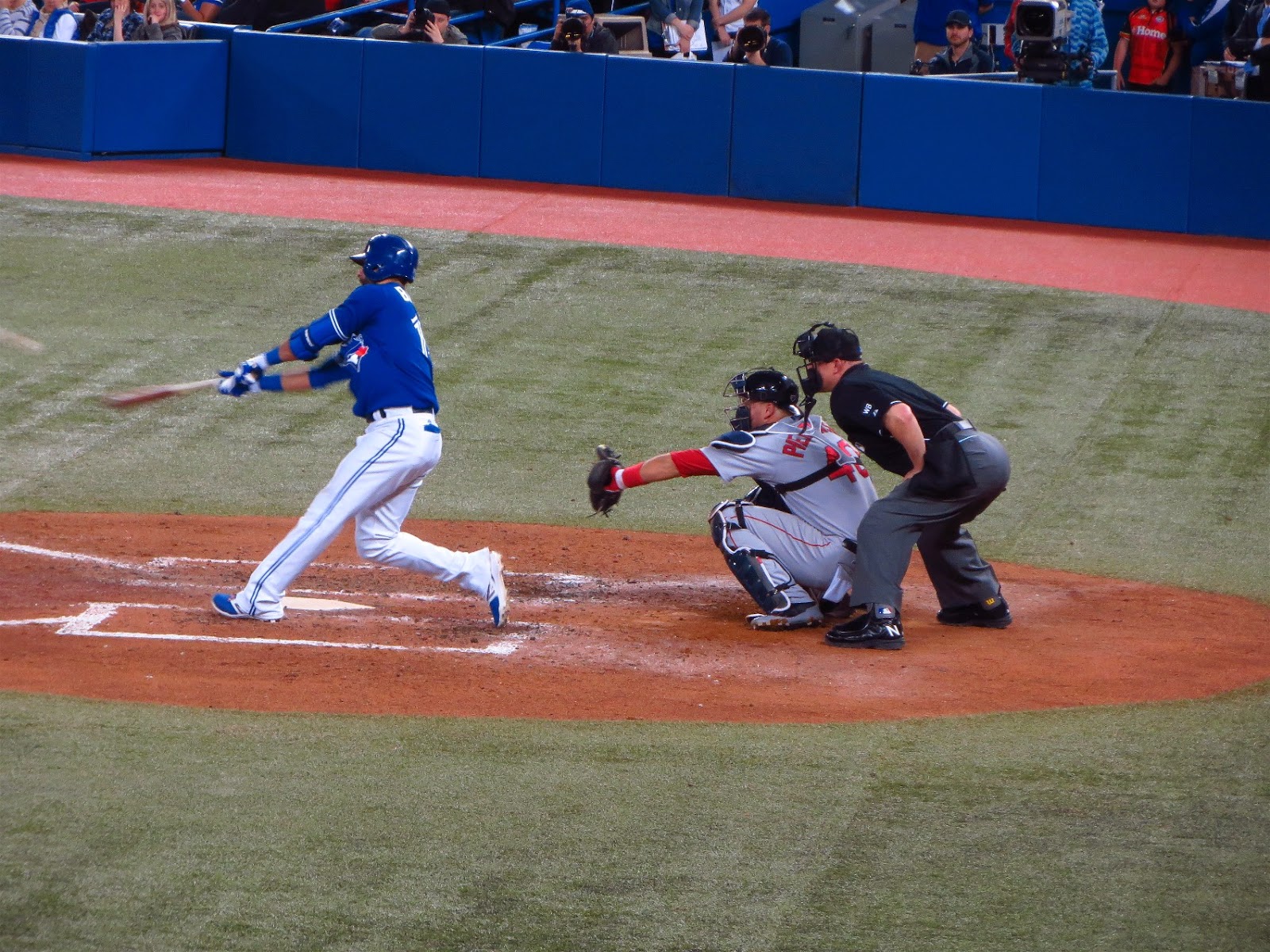 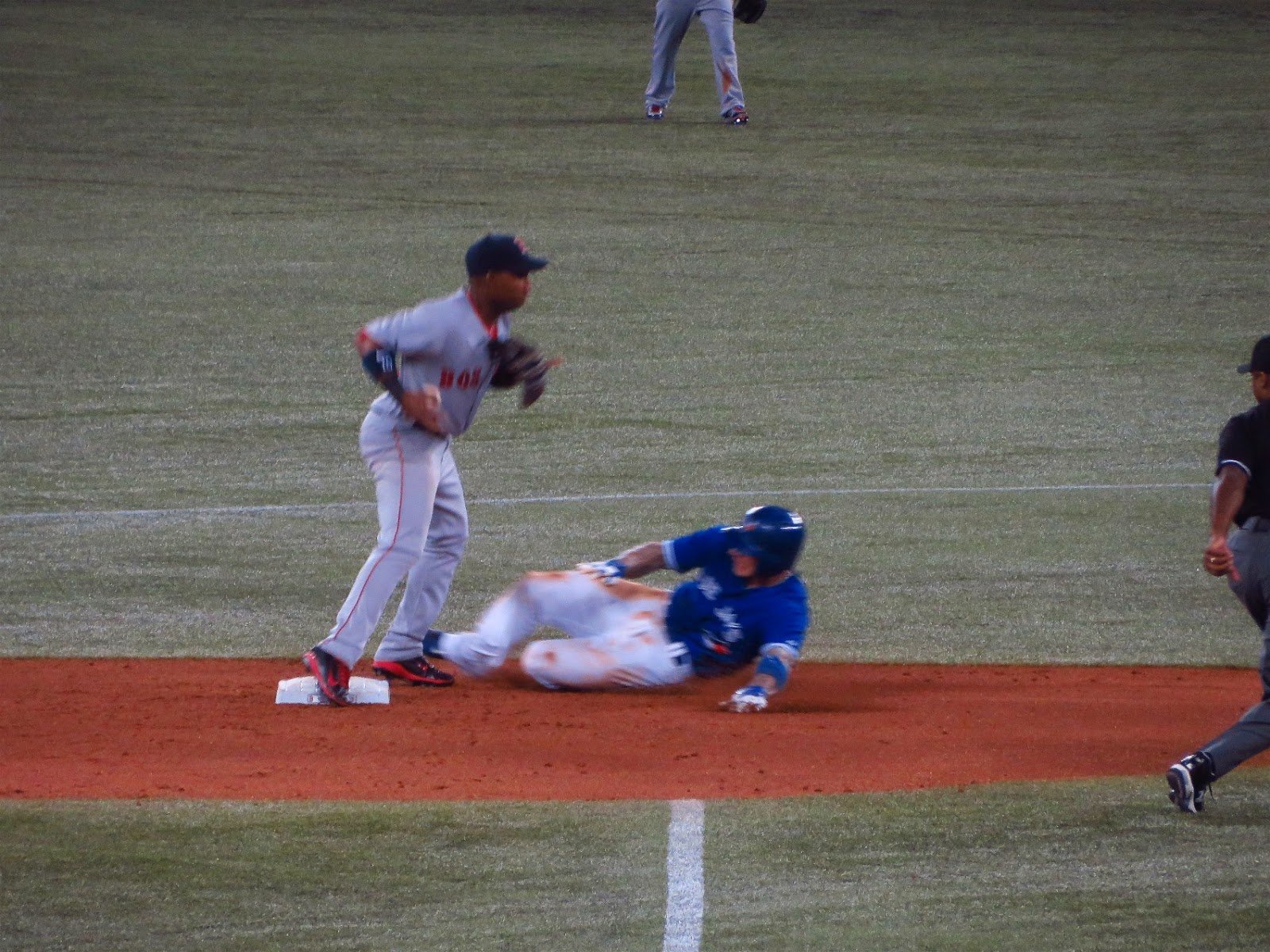 It turns out that my friends from fencing, Dan and Kristina, were sitting just two rows in front of me. 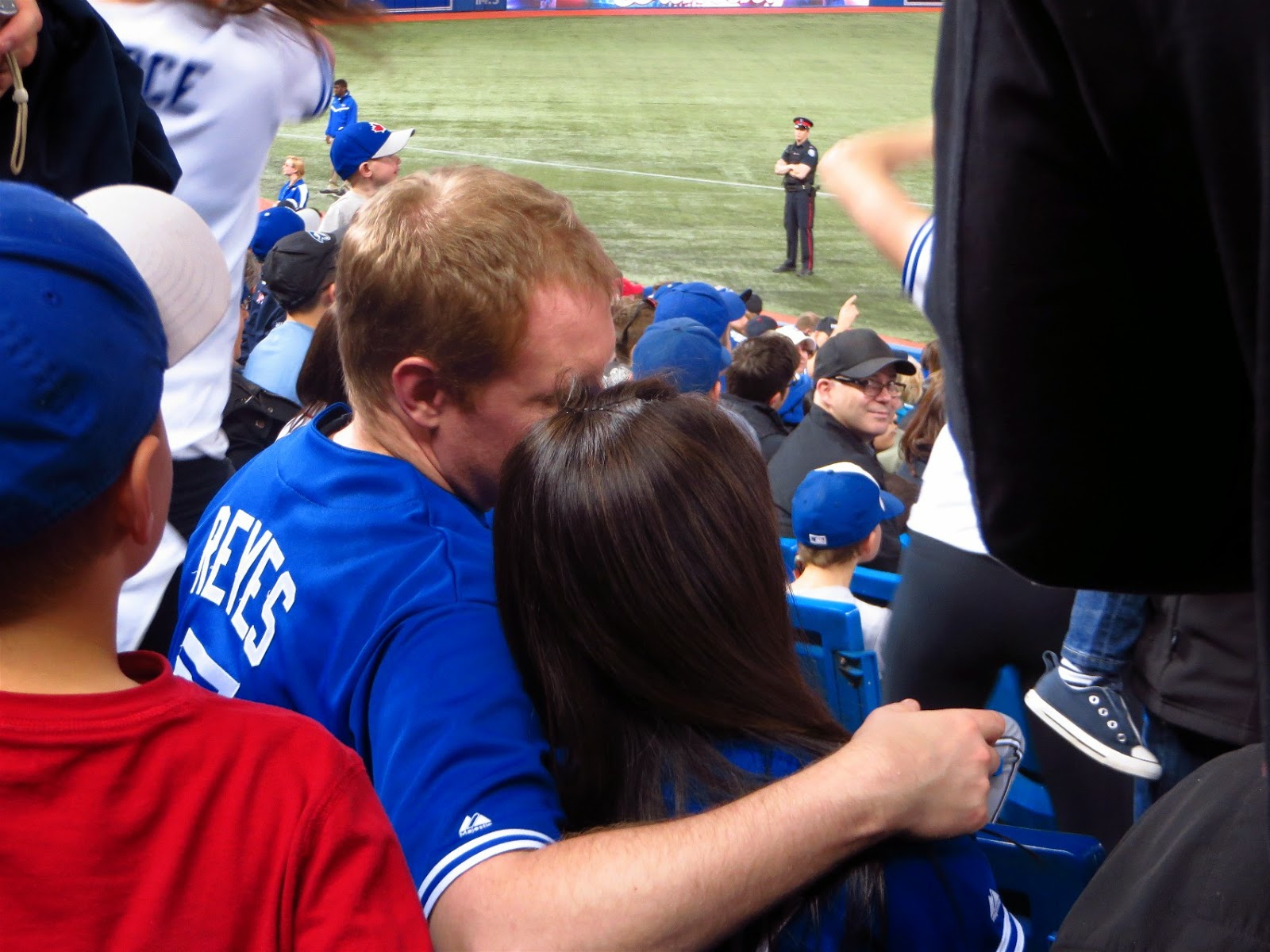 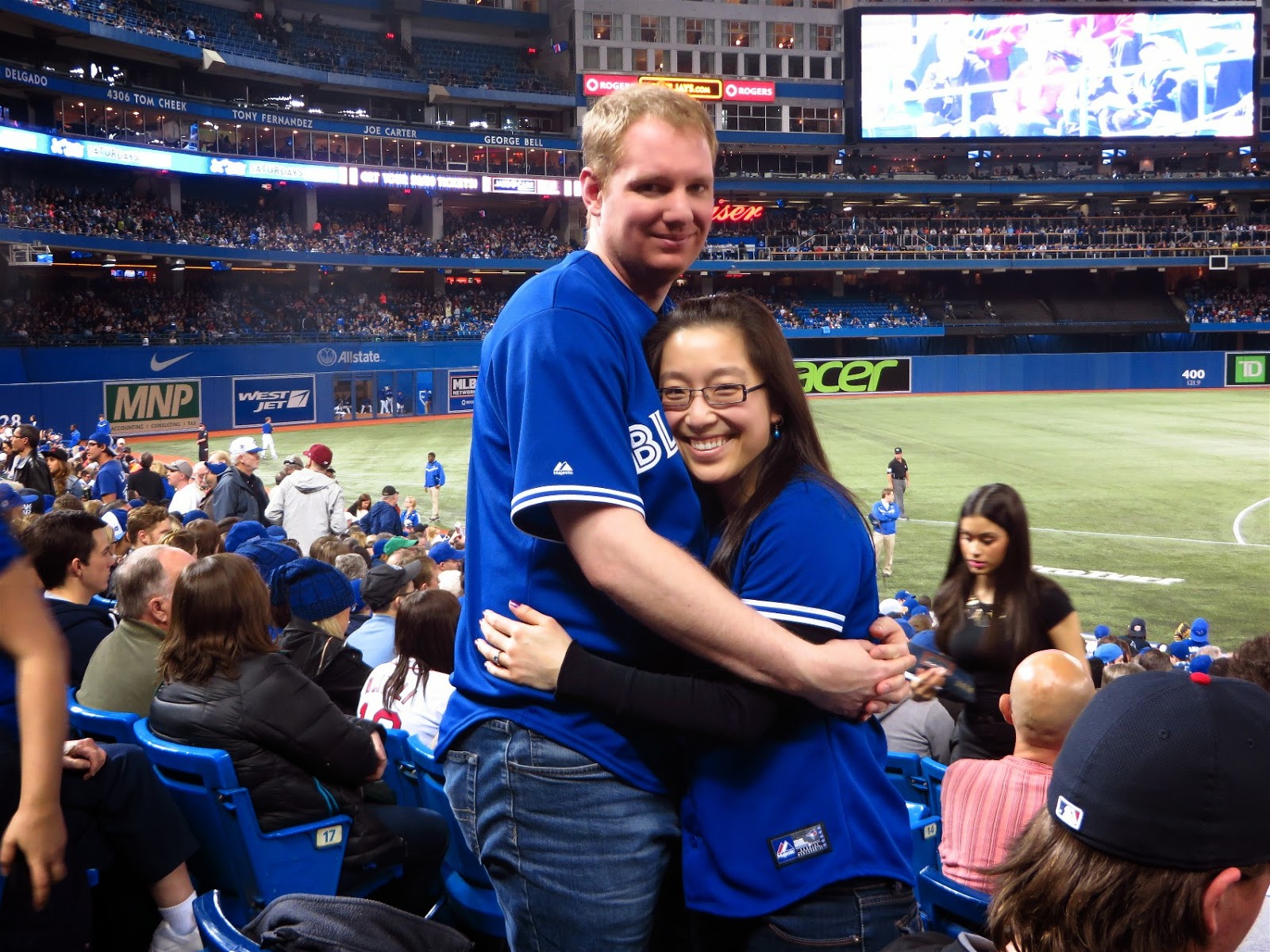 During a break, the fans were encouraged to dance to get on the Jumbotron. This girl tried hard but didn't get on. Hey! You made the World of Gord, though! 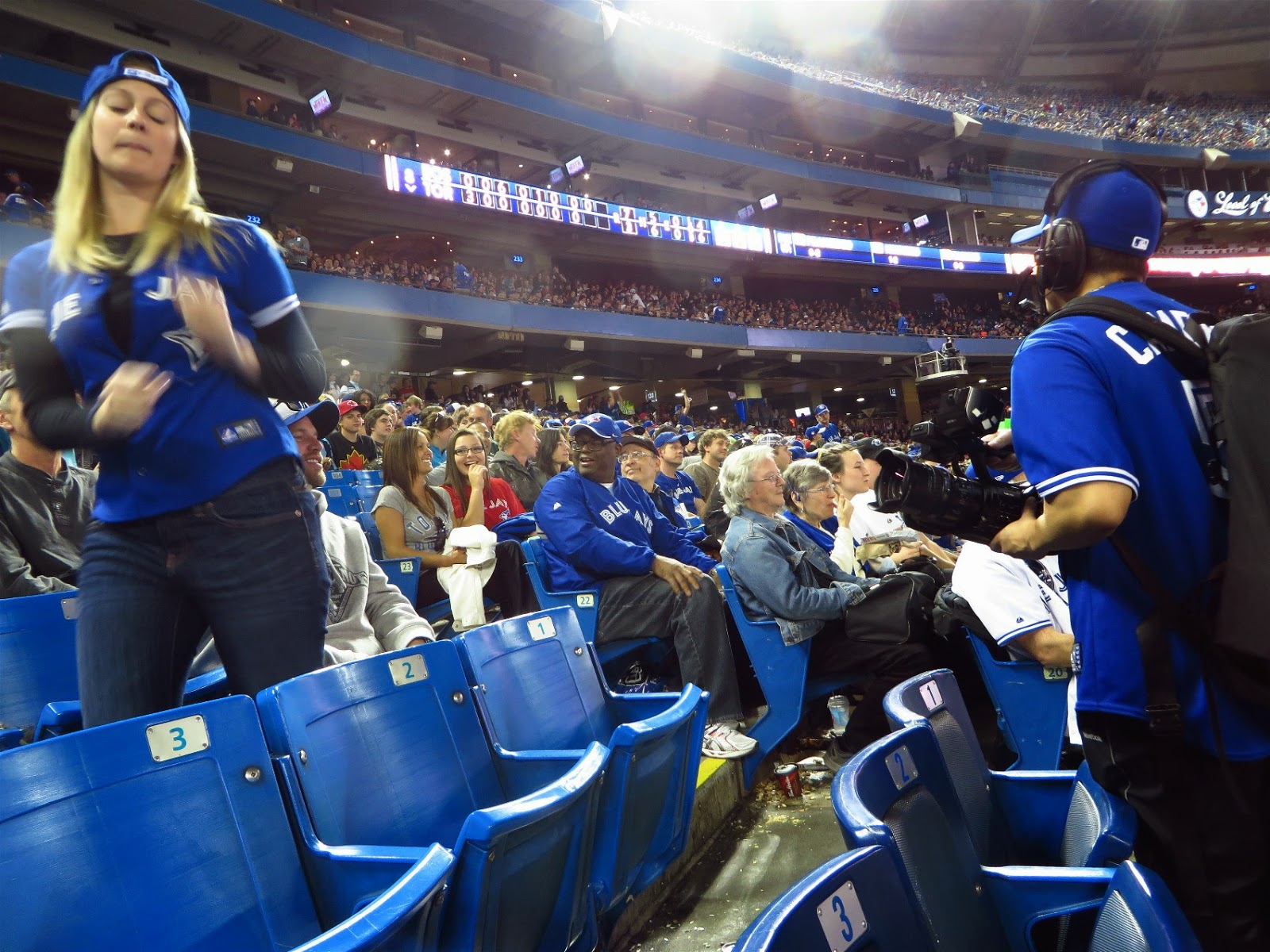 The Jays made it interesting scoring two runs in the bottom of the eighth and had the bases loaded with Melky Cabrera coming to the plate. The place was rocking but Melky flew out to end the inning.

Batista opened the ninth with his seventh home run of the year to put the Jays just one run down. Navarro and Lawrie both singled and with two outs, Edwin Encarnacion came to the plate. Just the man you want up there in a situation like that. On the first pitch, though, he flew out to end the game.

It was an exciting finish and we all had a great time. Even though the Jays are now two games below 500, I feel they are going to let loose in May and will finish that month in first. Just a feeling! 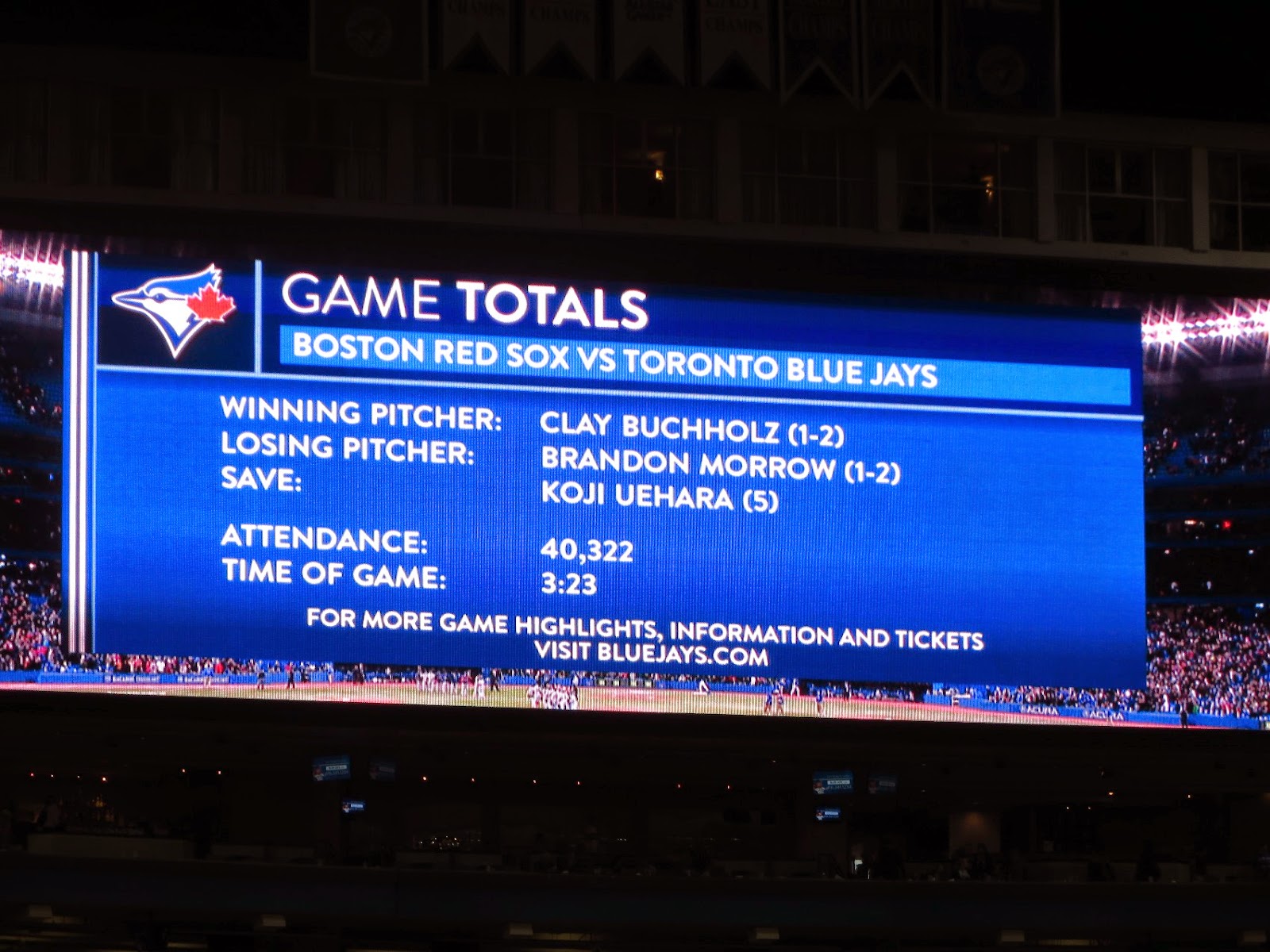