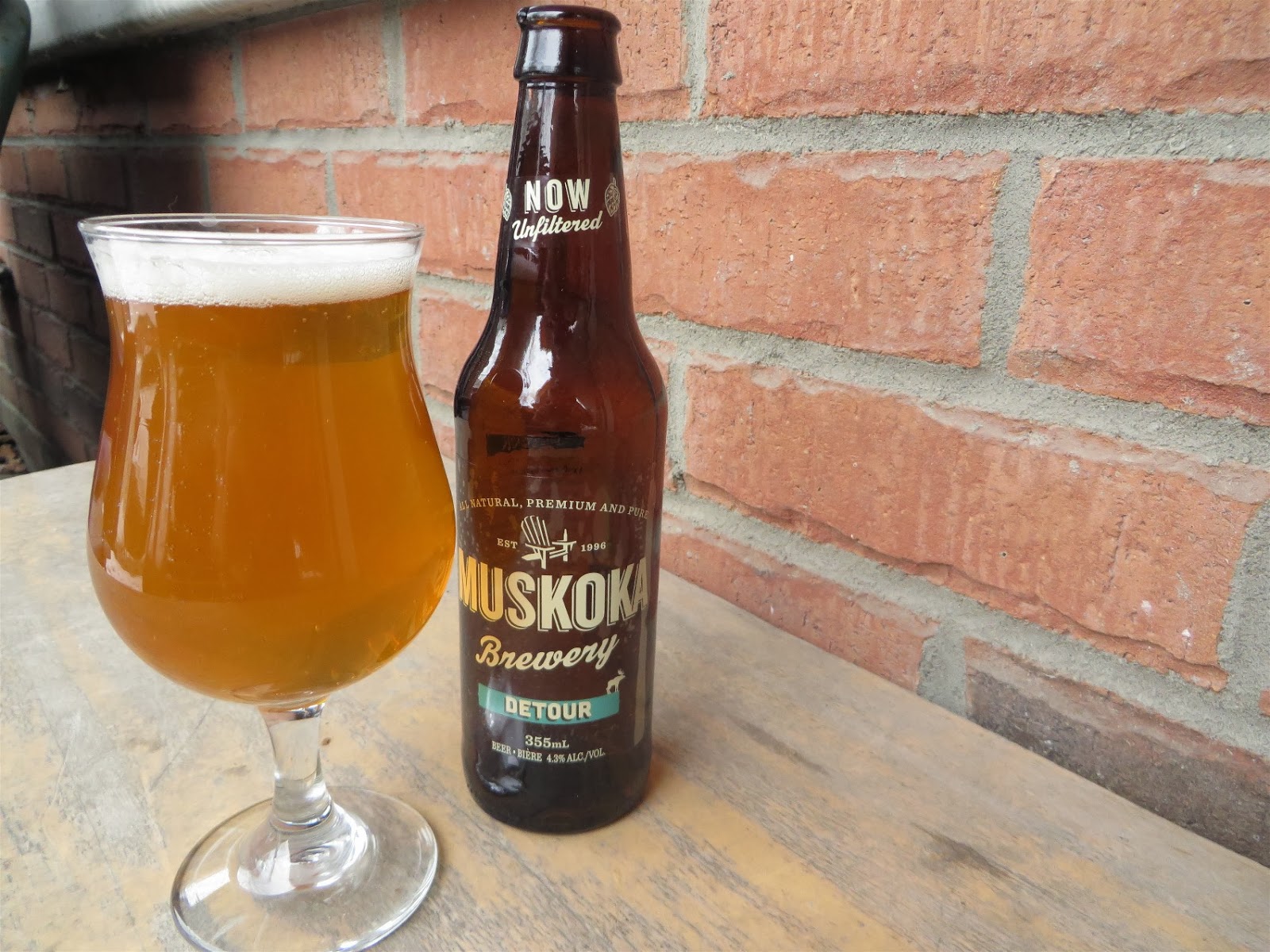 I have been looking for a long time for a nice hoppy Sunday beer. A tasty beer, but one with less alcohol, so when I saw that Muskoka Brewery had made Detour, an IPA with 4.3% APV, I had to bring some home and give it a try.

Life’s more interesting when you take the less paddled fork in the river. That’s how we developed Muskoka Detour. We took a left turn from a normal IPA, dry-hopping it to create a truly sessionable brew with a rewarding aroma, big hop flavours and clean finish.

I have written about Muskoka Brewery before and enjoy many of their beers. This summer Teena and I plan to pay a visit to the brewery tour and some sampling.

But how about this beer?

It pours an amber colour with a nice white head. Dry hopping is done to create more aroma and it certainly works here with lot's of citrus coming through. Some hops taste like pine and others are citrusy. Detour starts and finishes with citrus tones throughout with a nice bitterness that stays with you between sips.

This is a very sessionable ale, and one that surely will be a regular in my fridge.

A NASCAR race is on now. Think I'll sit down and have a couple of these while I watch it. I love lazy Sundays!

Please do come on up to Muskoka for a visit. We now have 2 and soon we'll have 3 small breweries - Muskoka Brewery (Bracebridge), Lake of Bays Brewery (Baysville) and soon, Sawdust City (Gravenhurst).
I'm told the Sawdust City beers are all quite "hoppy" but I'm not expert on their beers (yet). My favourites are Muskoka Dark and Lake of Bays Sparkhouse (Amber). /Cathy (in Gravenhurst)

Please feel free to drop by the Brewery for a visit. We would love to show you around and sample you some brews! You and Teena are always welcome.