Toronto Rock Folds in Second Half Against Rochester 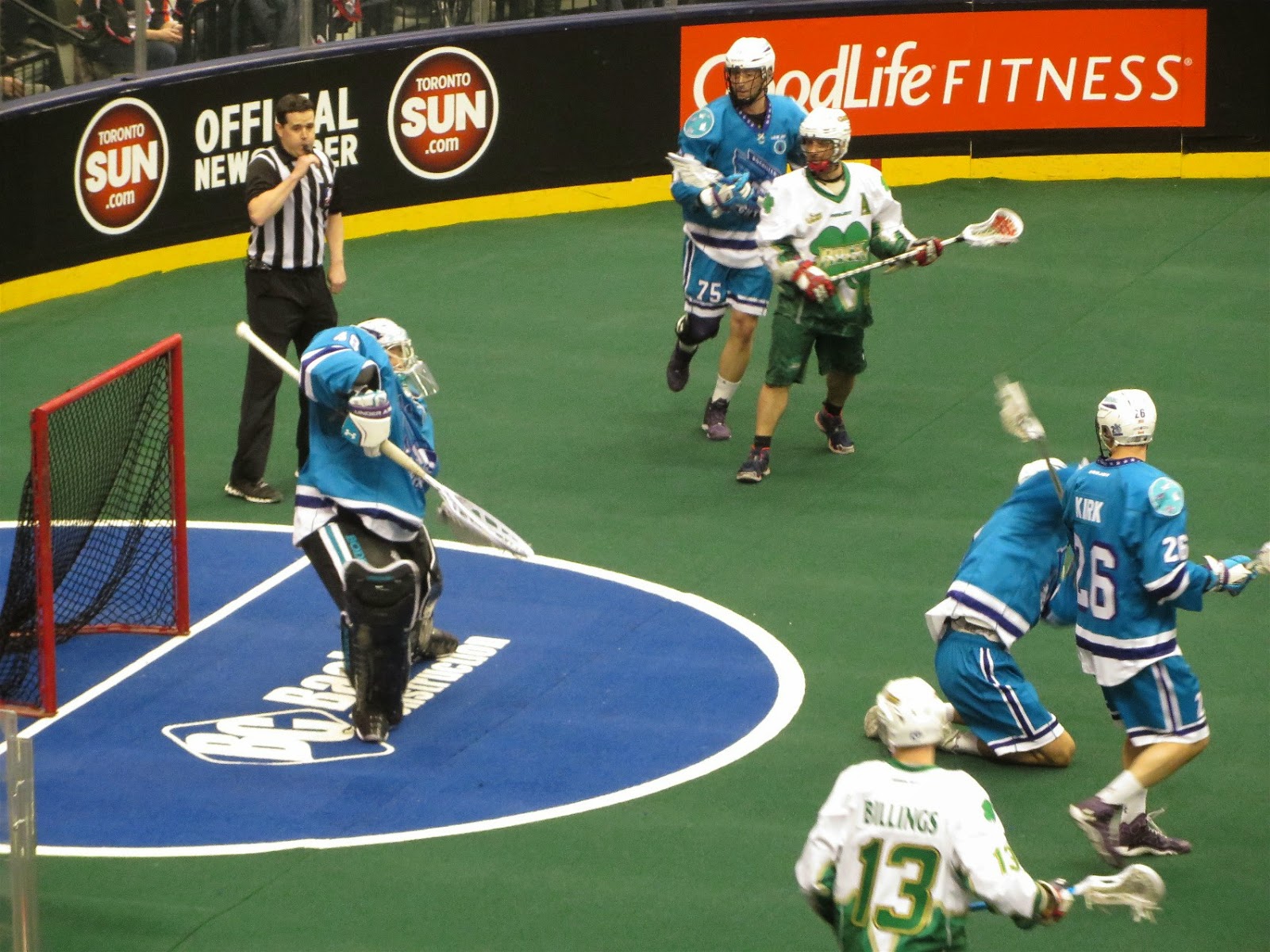 Tonight the 4 - 6 Toronto Rock hosted the 7 - 3 Rochester Knighthawks. It was a must win game if the Rock wanted to finish higher than the third place they were in and possibly host the opening game of the playoffs.

The players were introduced after a Highland band played, Scotty Newlands sang the national anthems and the Rock players gathered together before the first face-off. 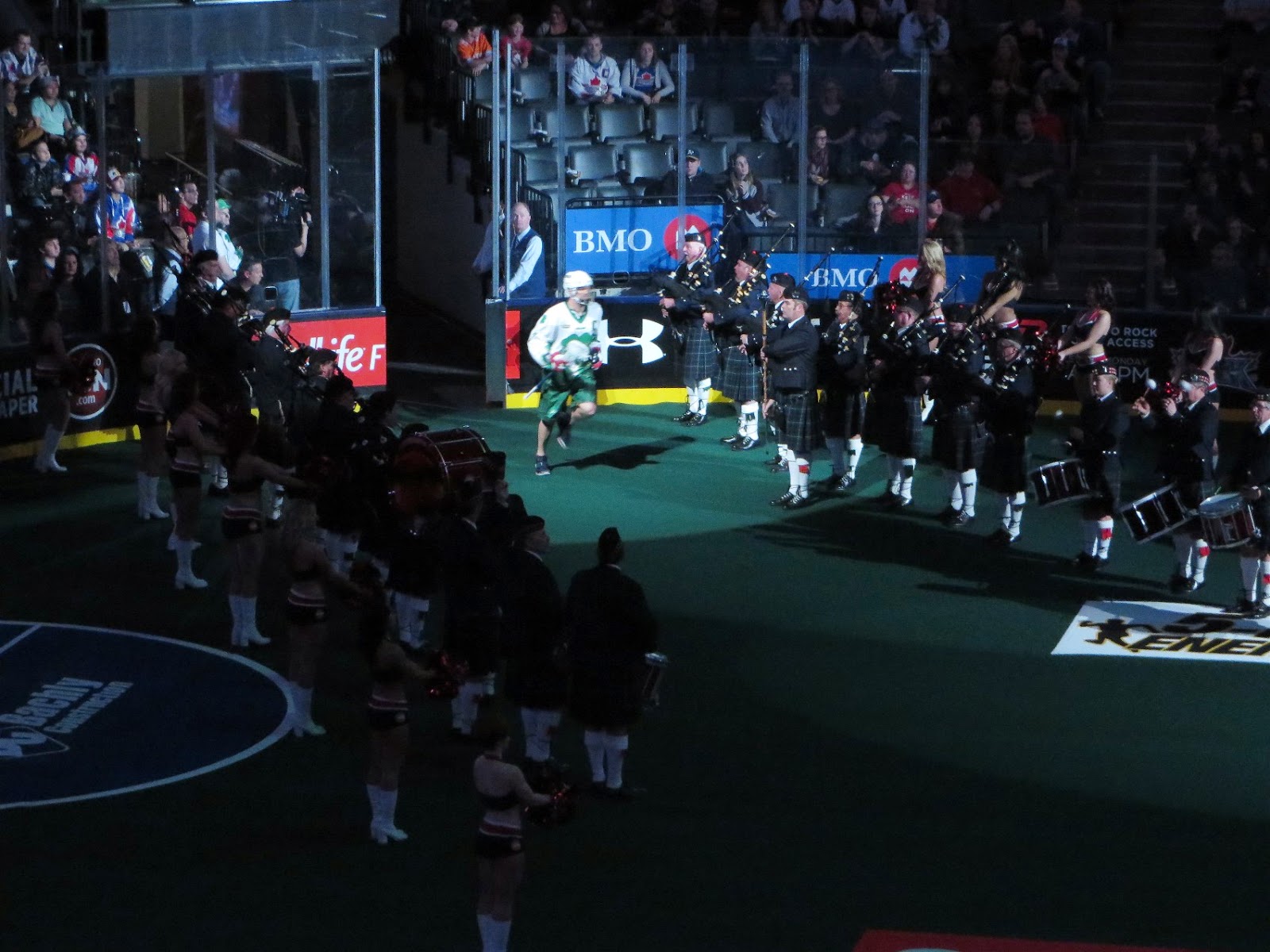 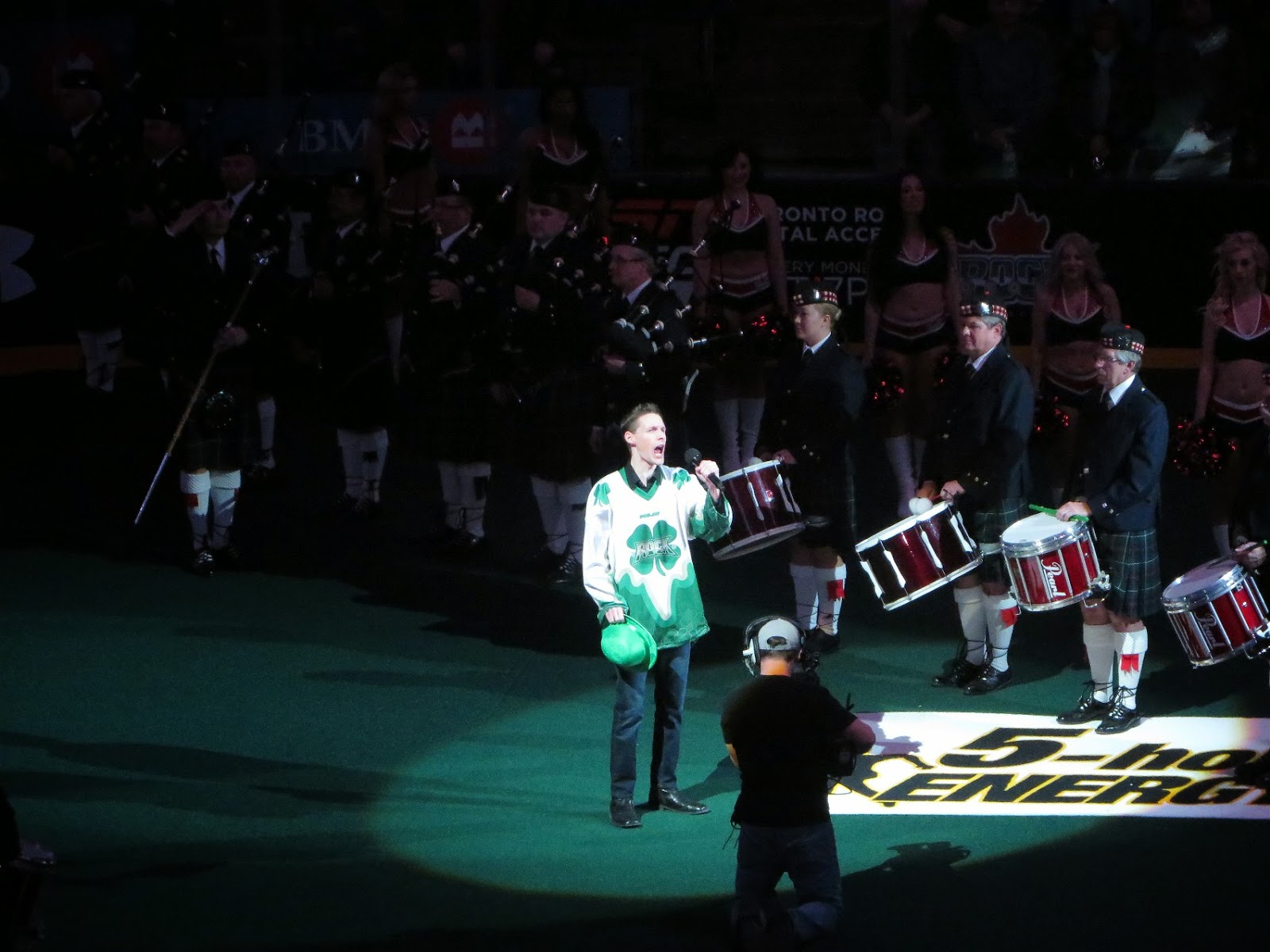 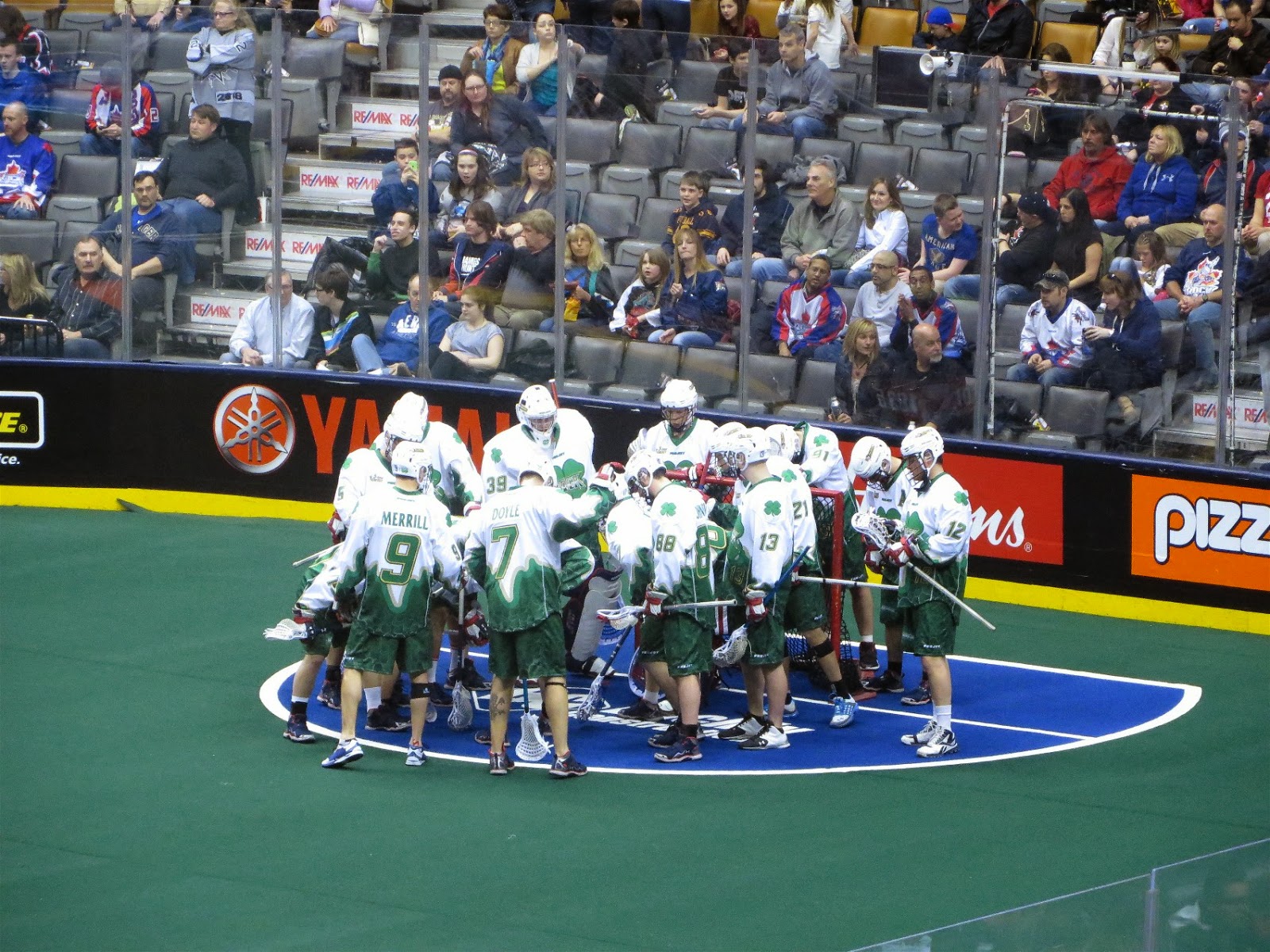 Things went well as the Rock quickly took a 2-0 lead. With two minutes to go in the first half, they lead 8-4.  Nick Rose was great in net! 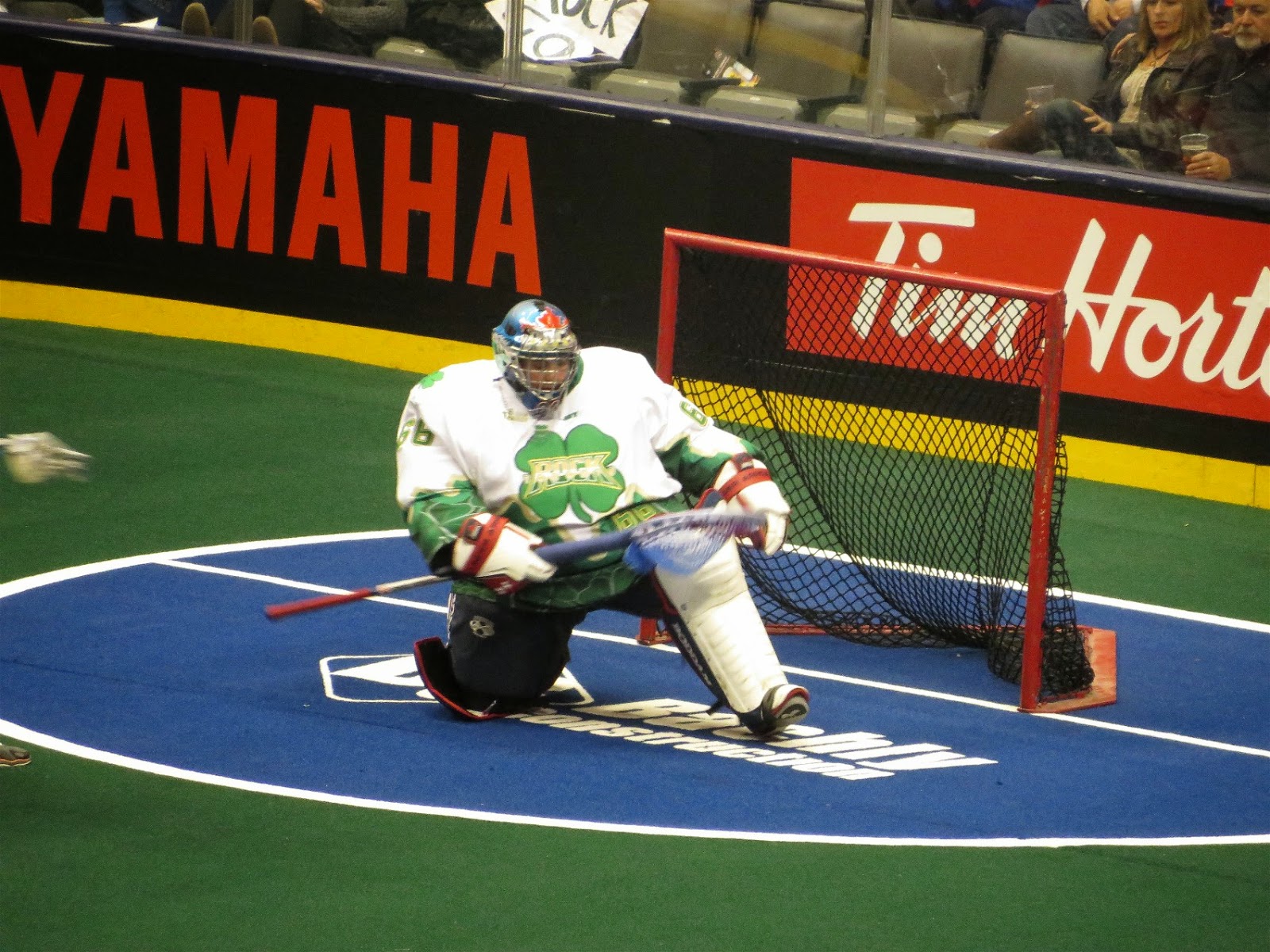 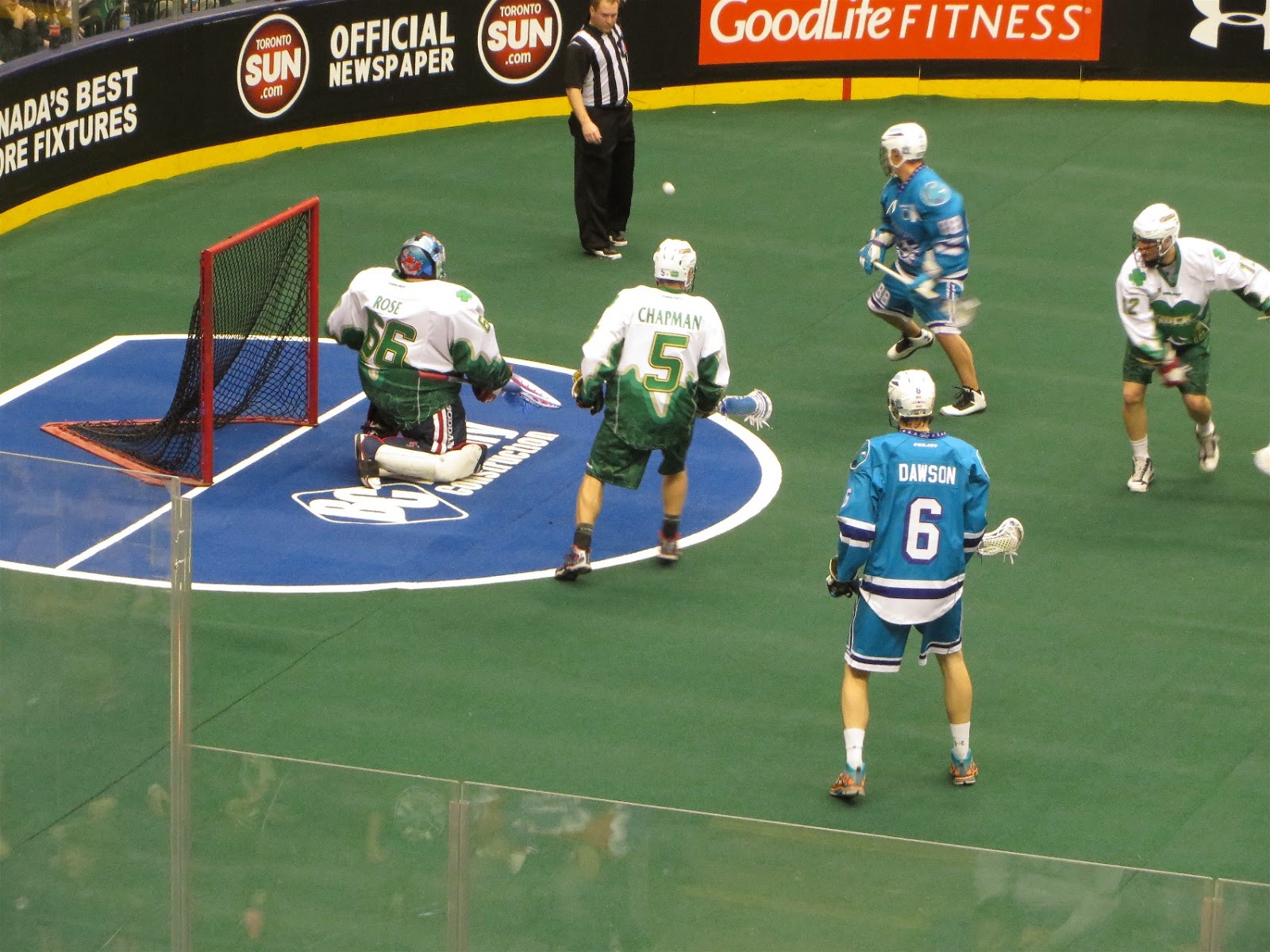 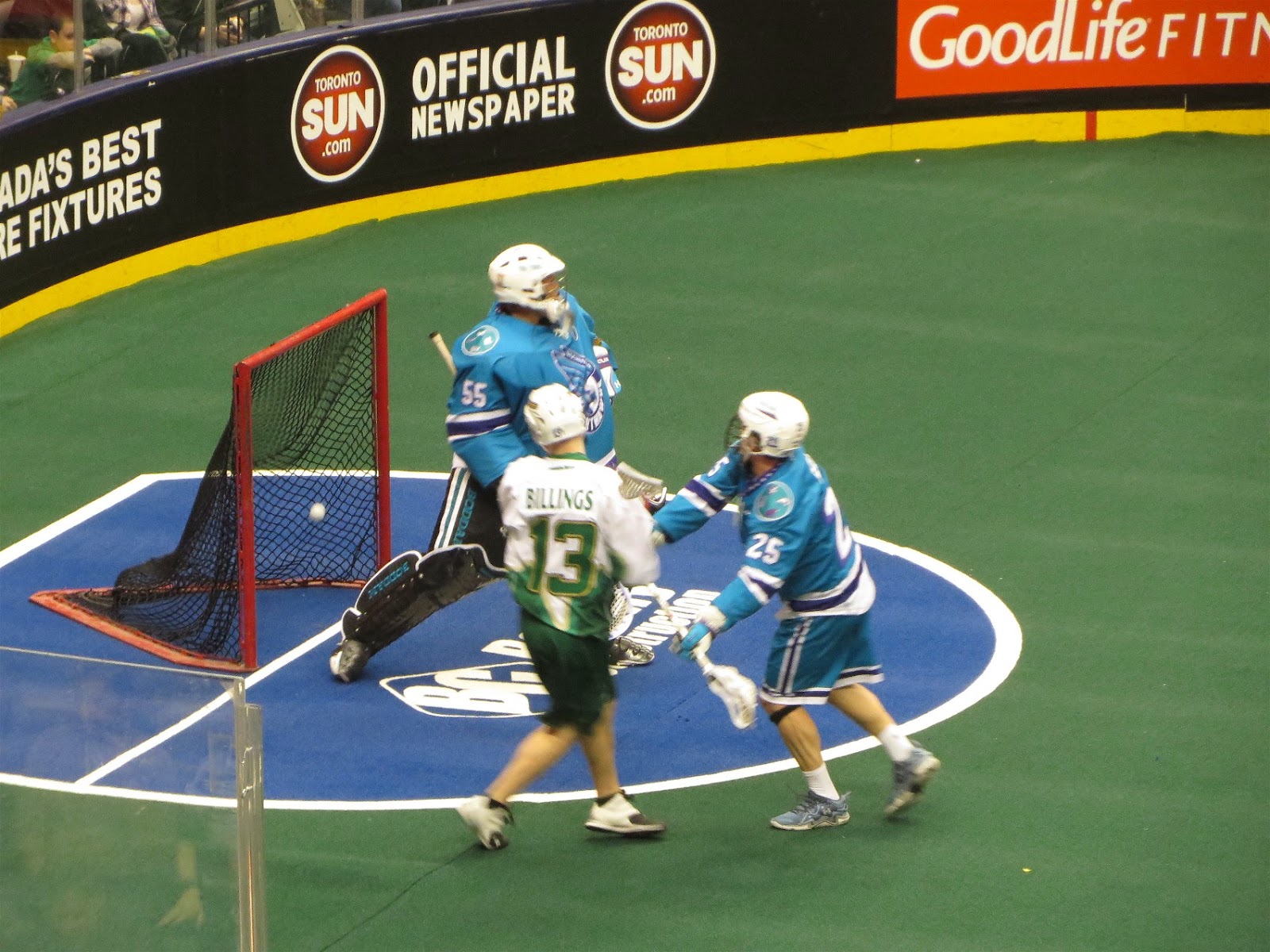 With our season tickets we also get some coupons for free tickets to pass on to friends.We gave them to my friend, Roger, and his dad, Ben. Roger is in the red jacket looking on intensely and Ben is on his right. 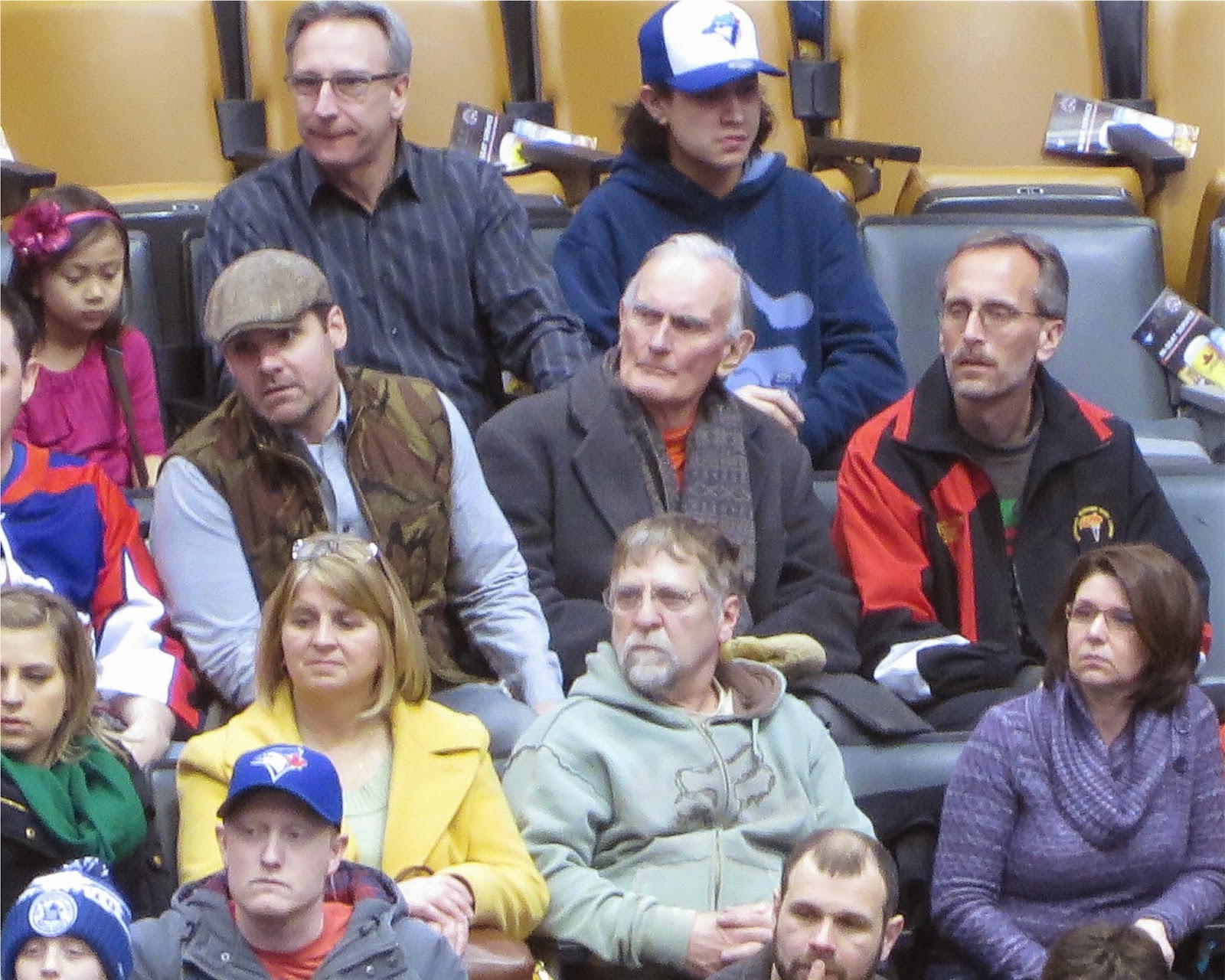 The Rock also won the couple of scraps that took place. 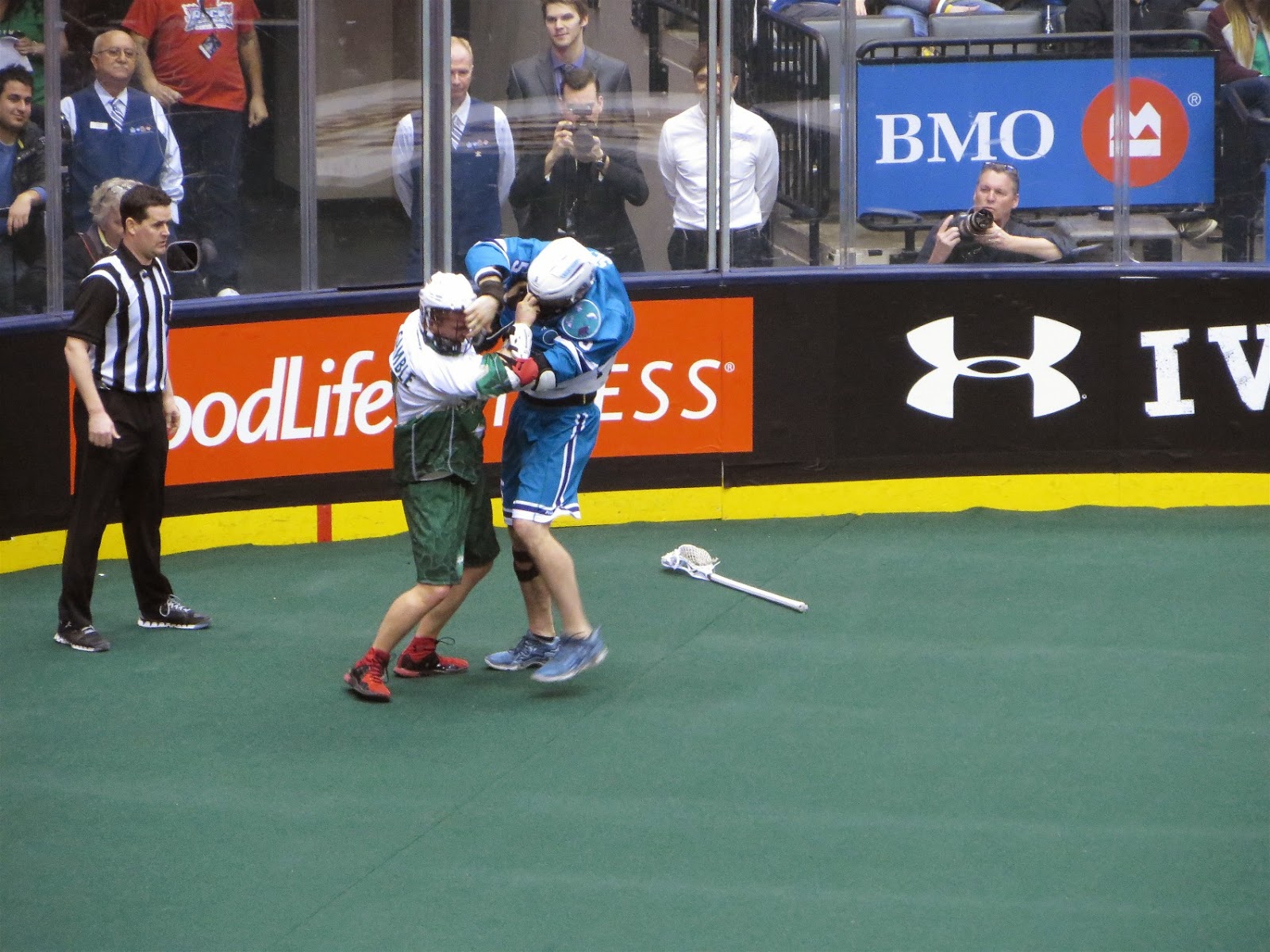 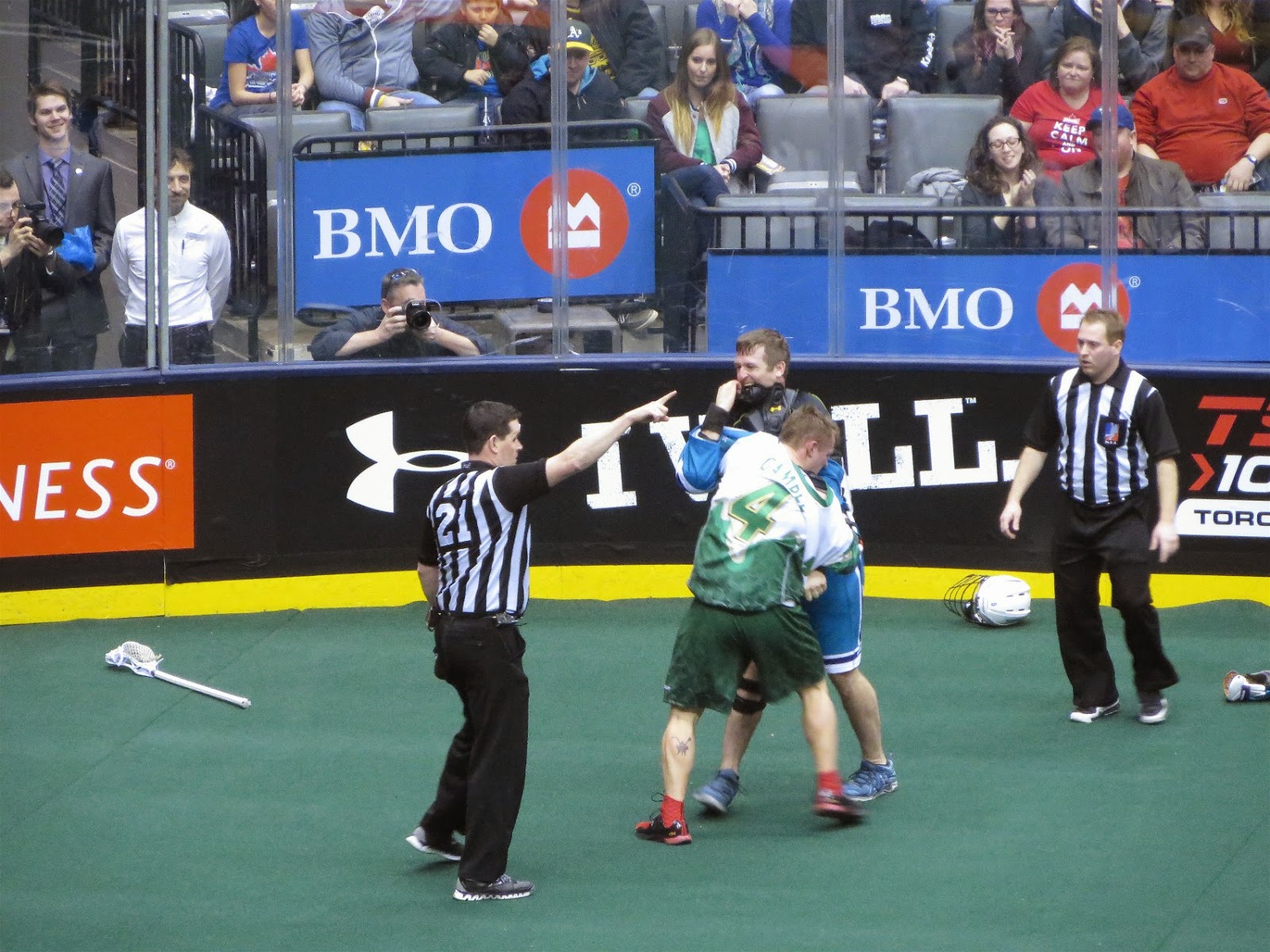 With just under a minute to go, the Knighthawks popped in a goal. It was a sign of things to come. The Rock went into the dressing room at the end of the first half up 9-5.

We were happy. Down at the Brewhouse at the half, Teena took a shot of Ben, me and Roger. All was well. 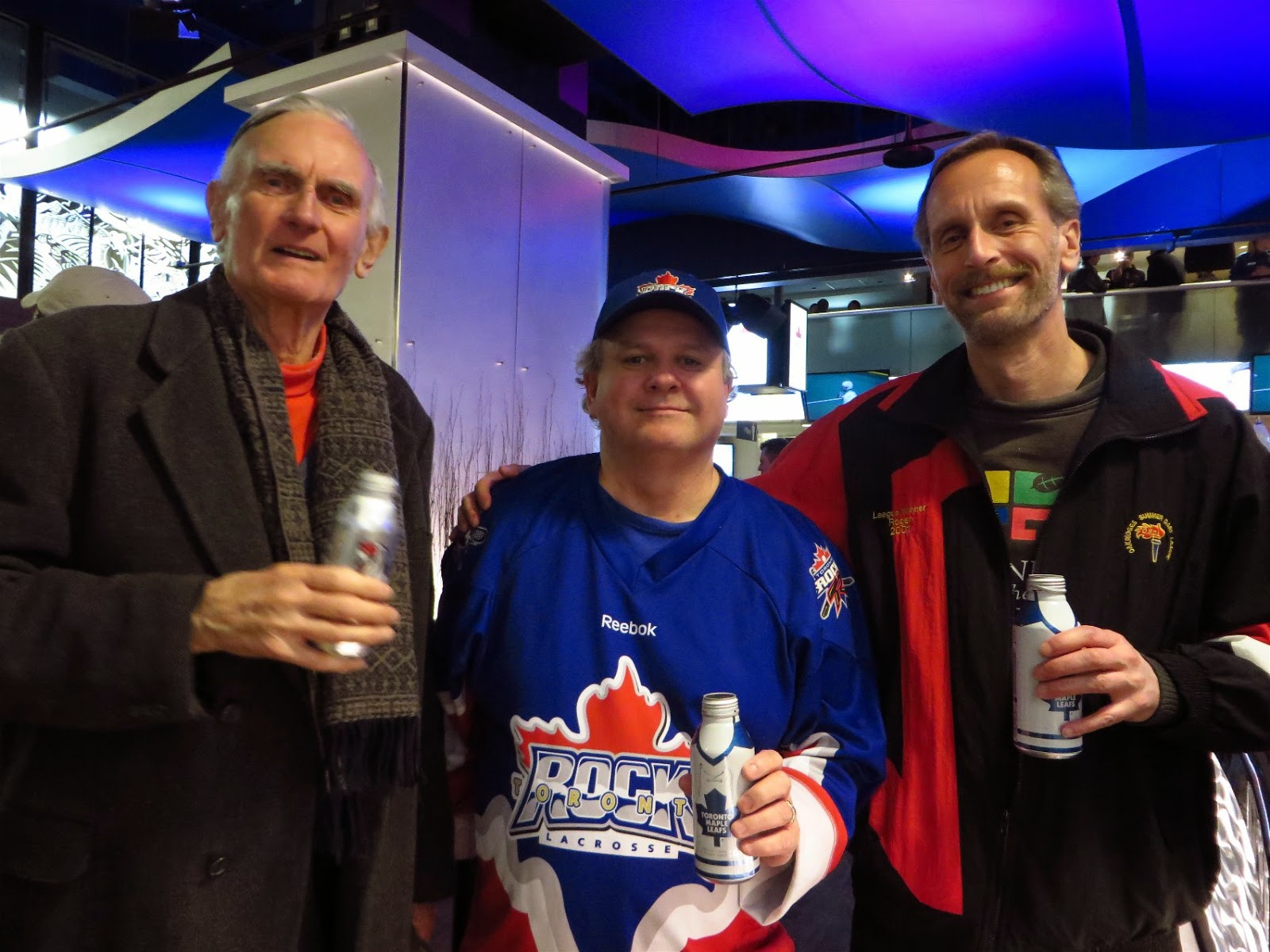 Then the second half started and it happened! Rochester scored another seven goals in a row! The fans were stunned. A comfortable 9-4 lead had turned into a 12 - 9 deficit. The horse could not believe it! 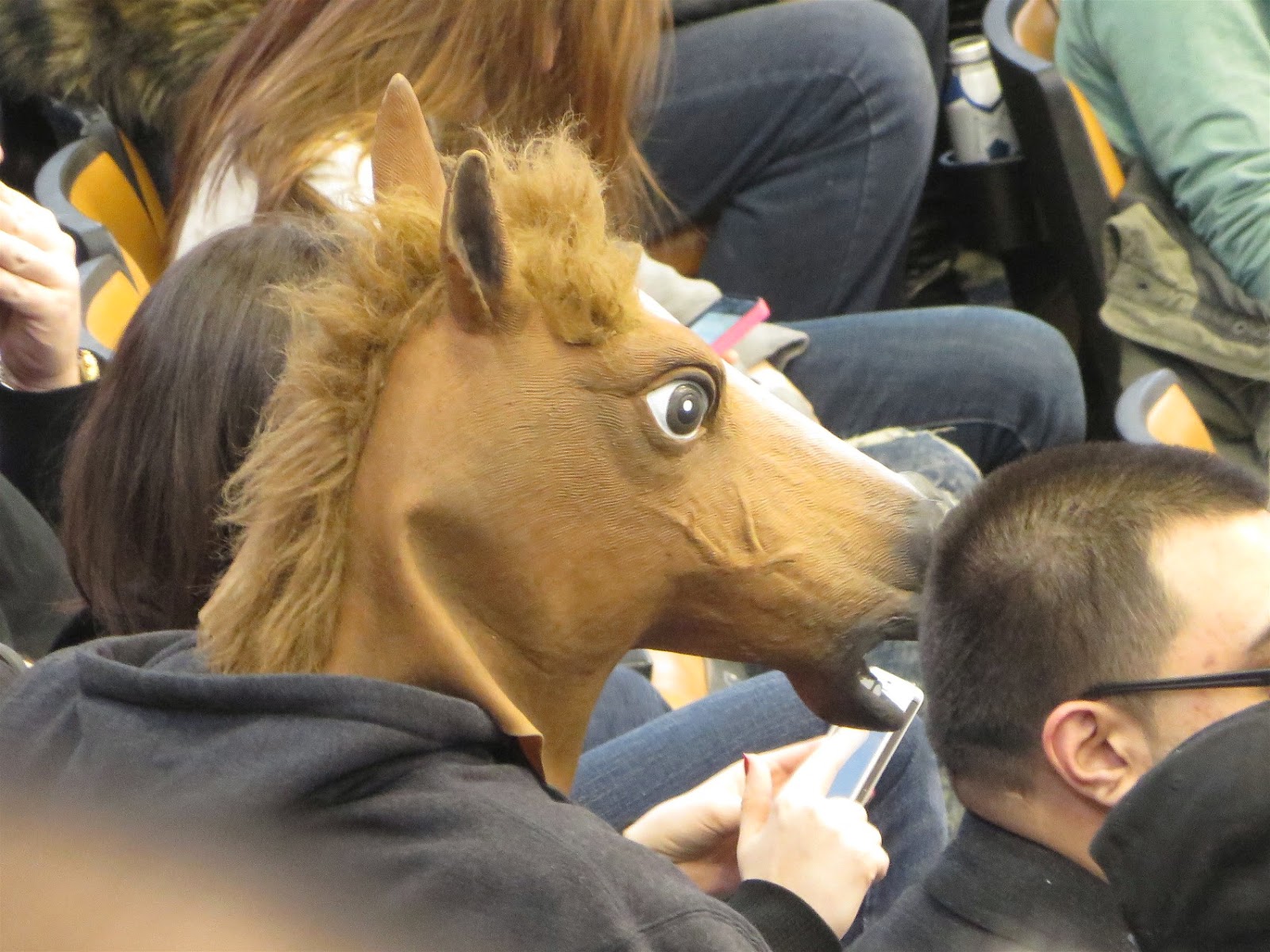 Neither could the Irish revelers! 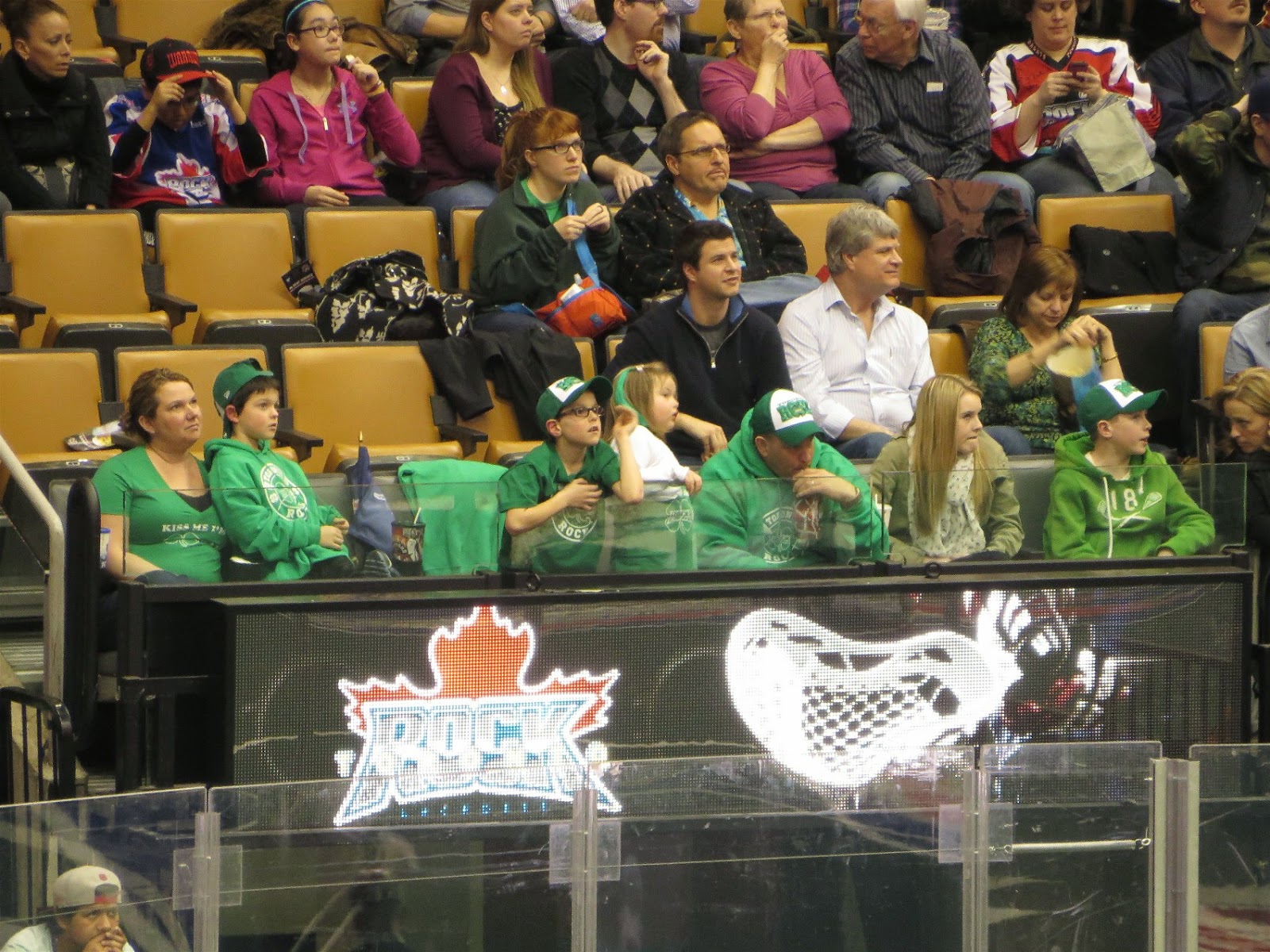 Or the redheaded season holders that sit across the arena form us. 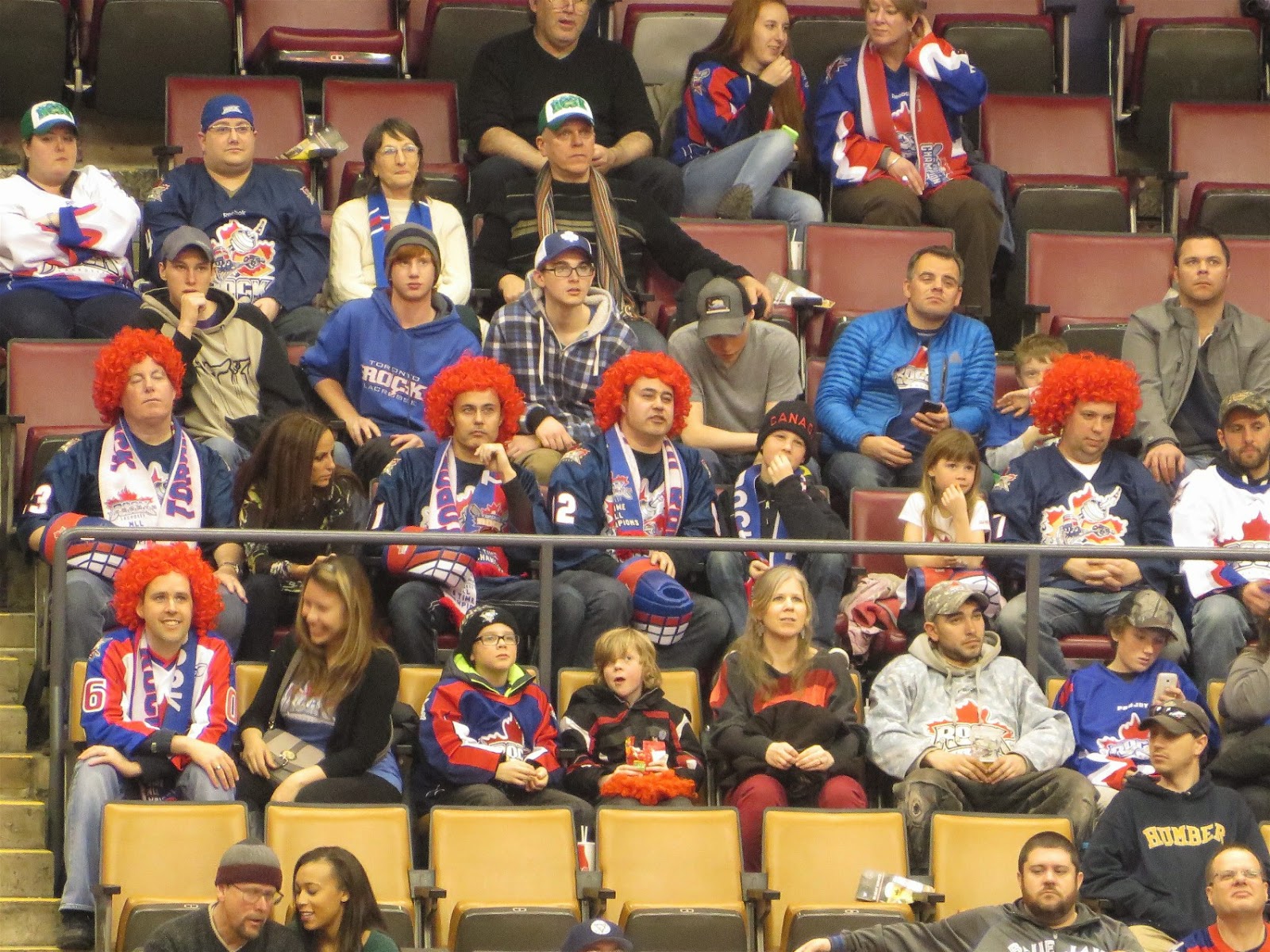 It was time for the Toronto Rock Cheerleaders, seriously absent from this game, to put some spark into the Rock. 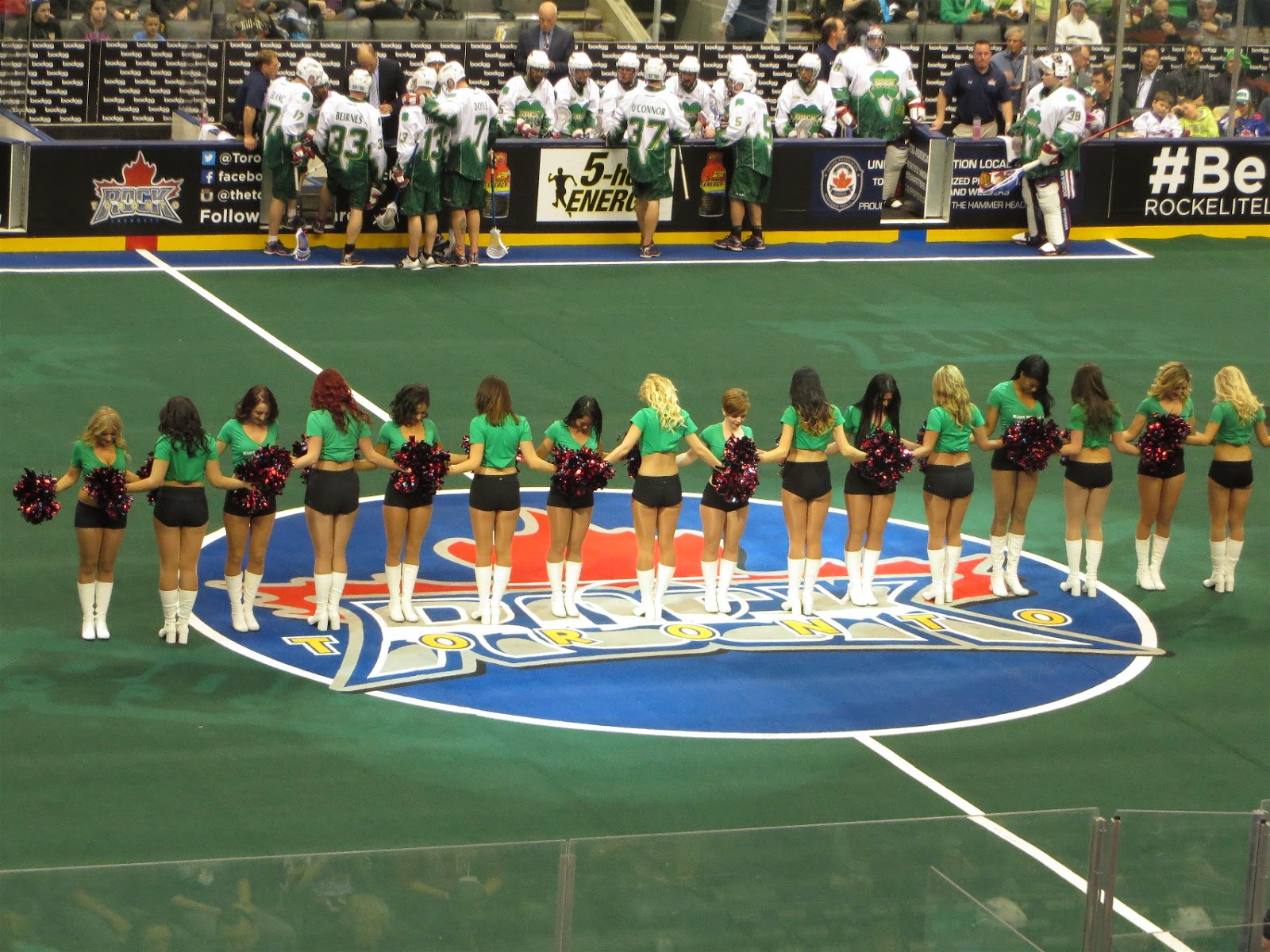 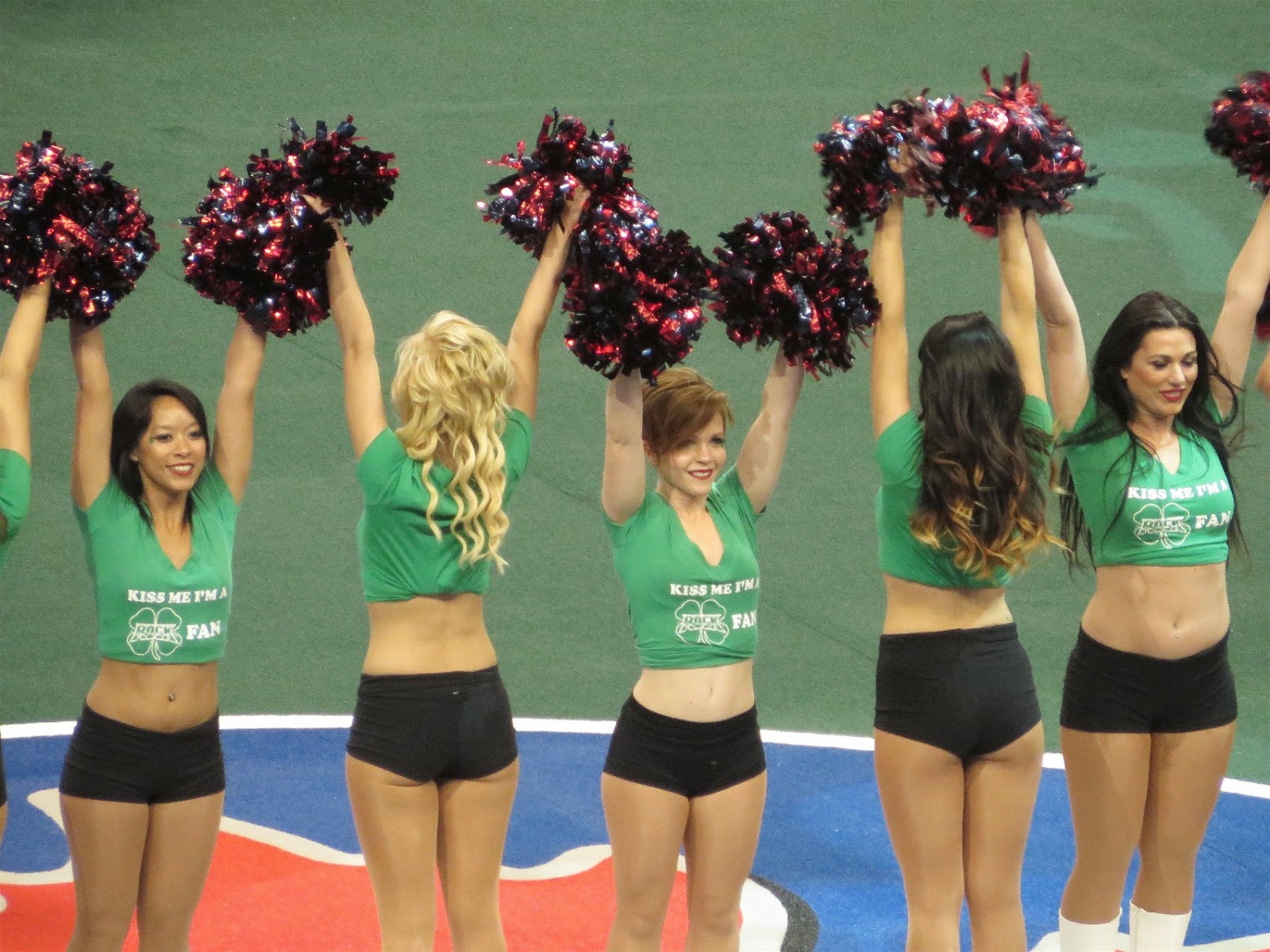 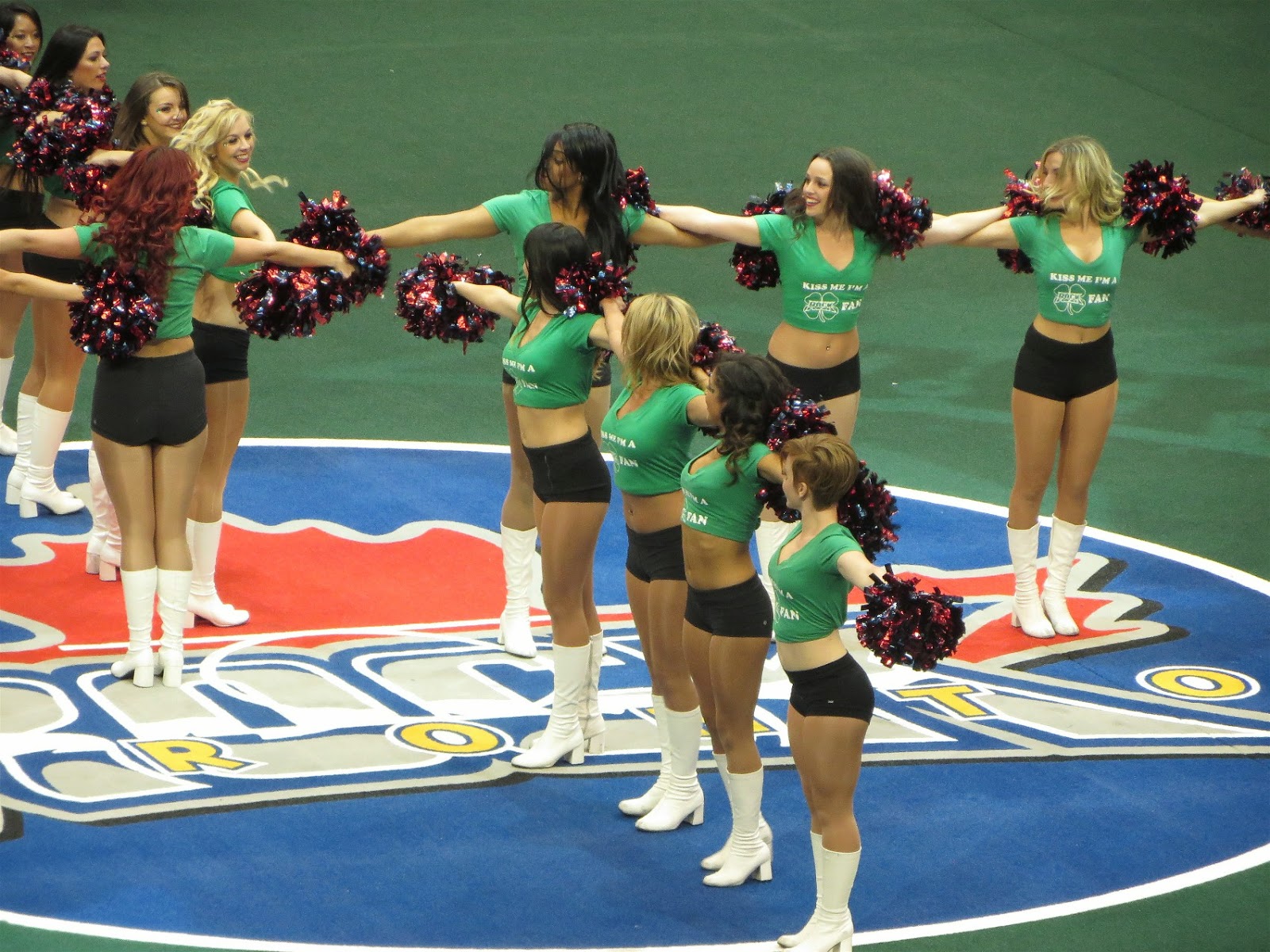 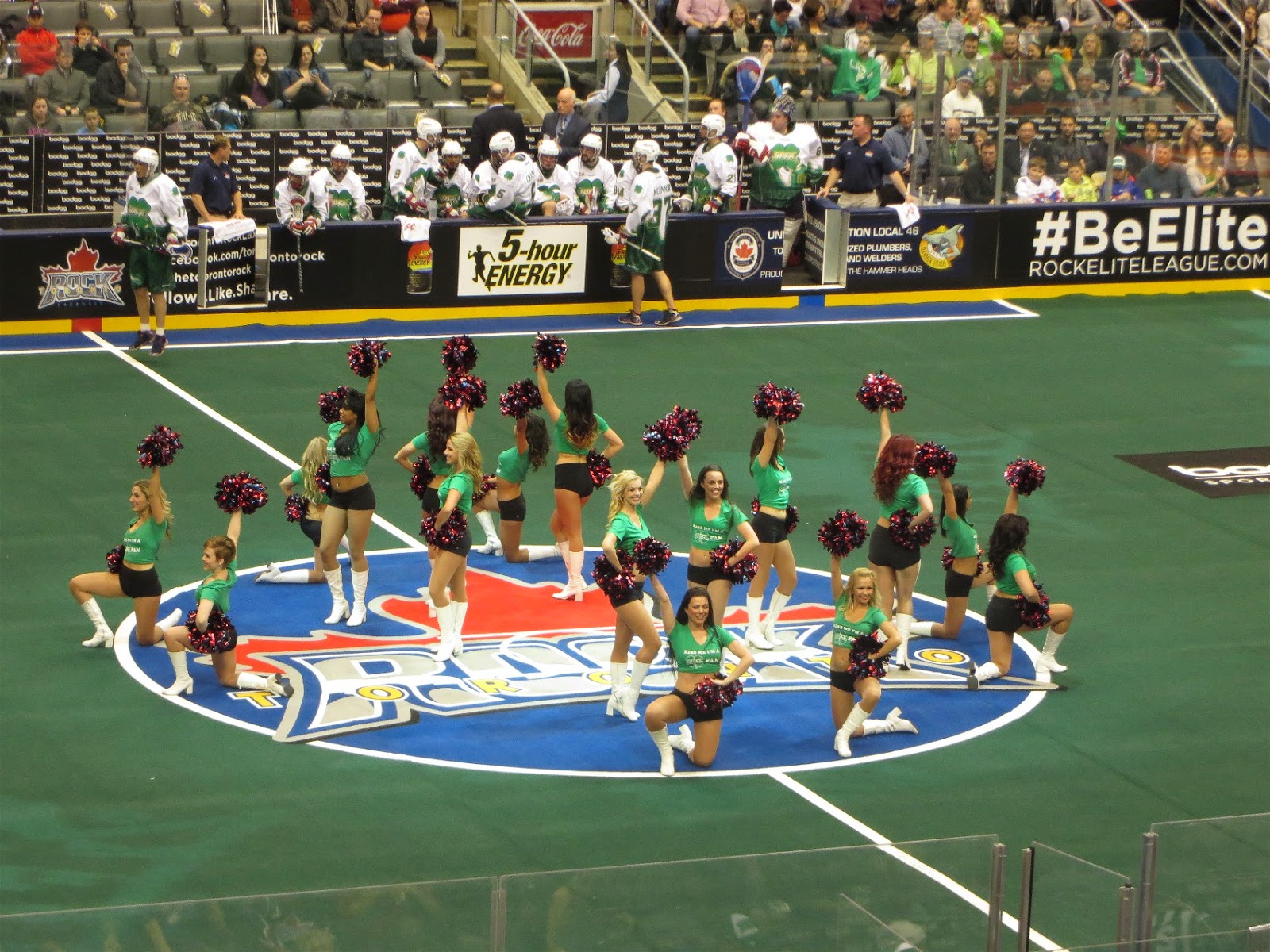 That didn't work either. The game got a little chippy but it was obvious the fire was out of the Rock. 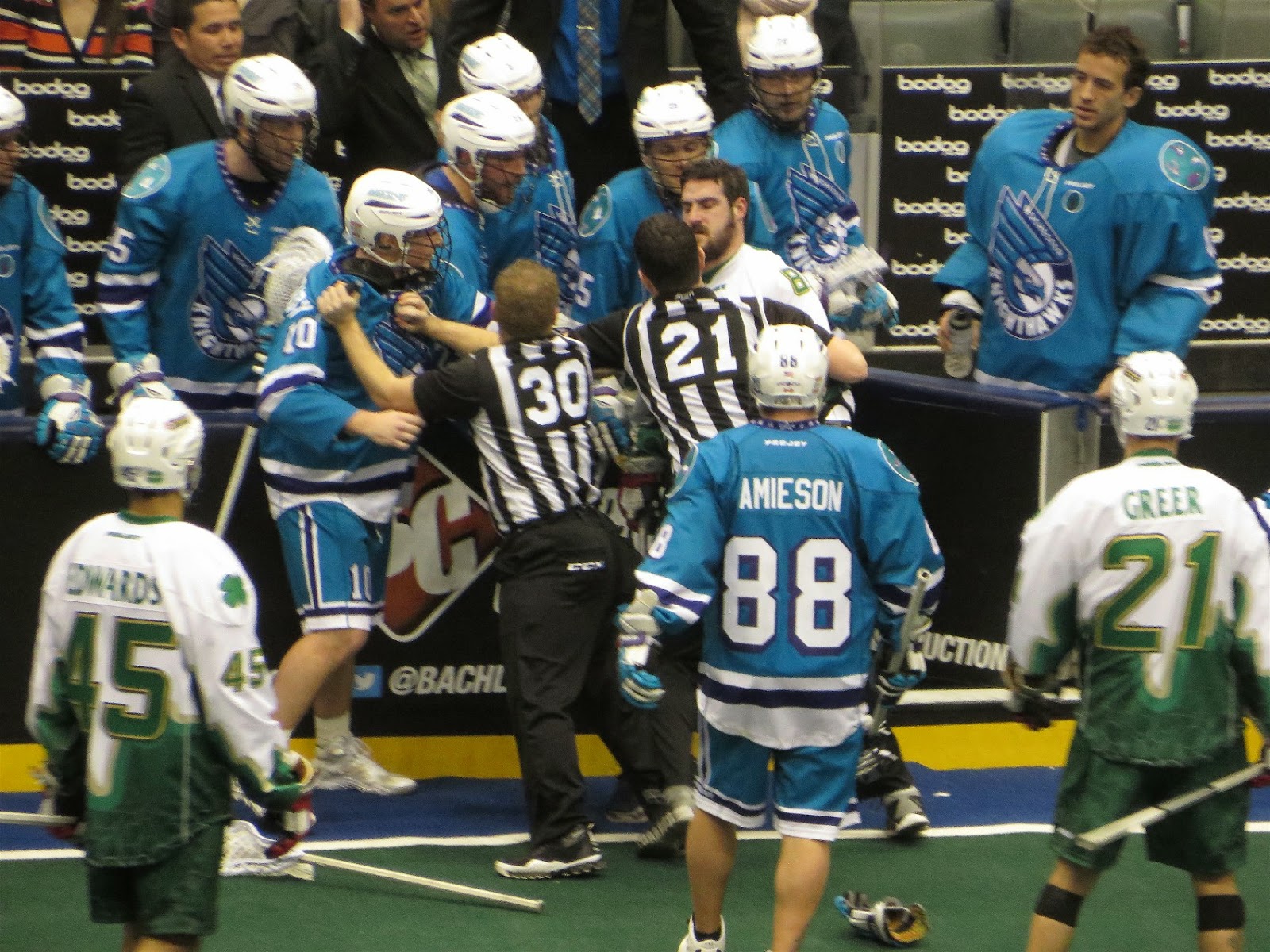 After a fine 9-4 lead, the Rock only managed to score three goals in the second half and ended up with a 17-12 loss. 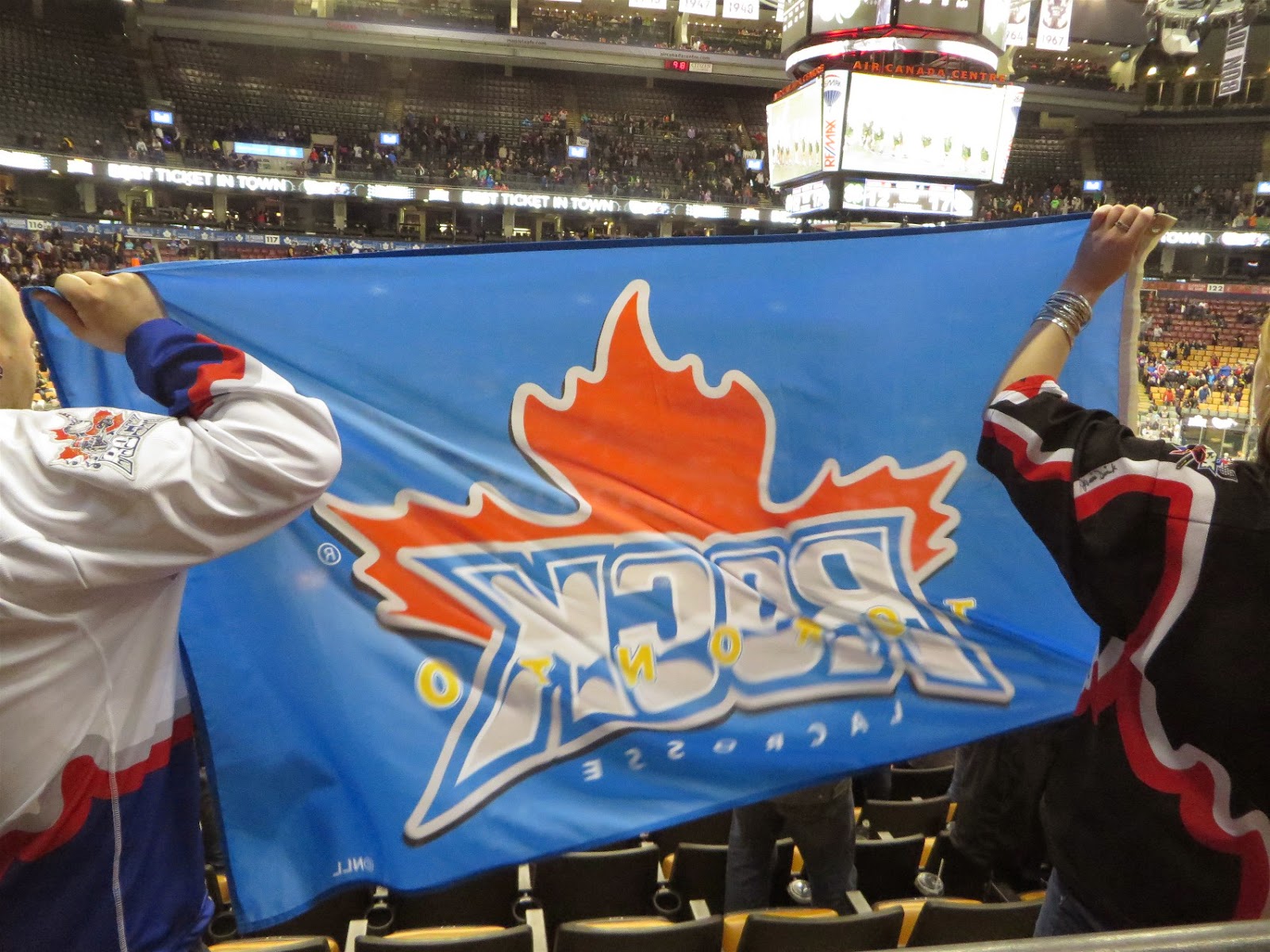 And they still salute us! 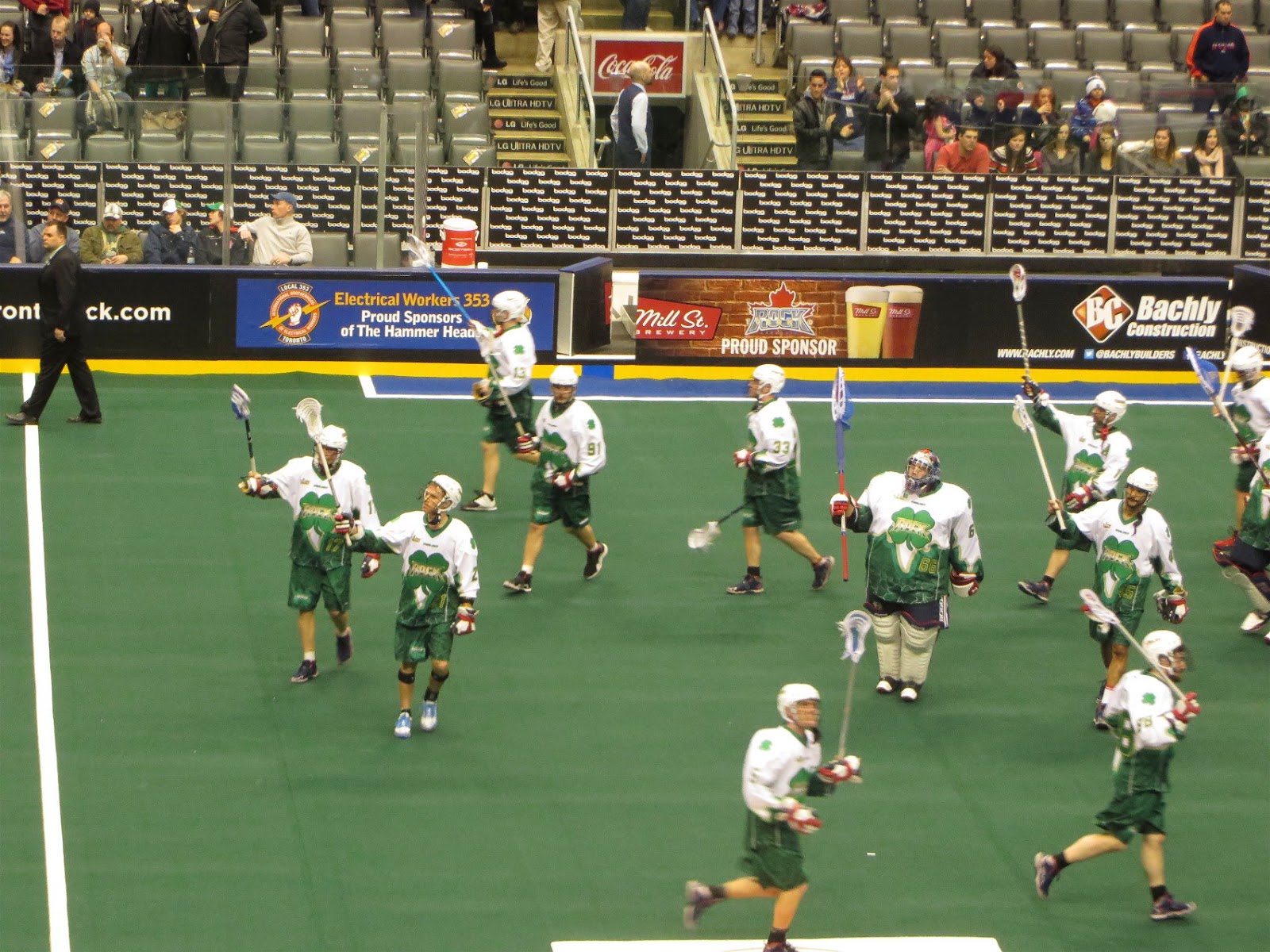 But come on! Enough with the second half collapses!

The next home game is against the undefeated 10 - 0 Edmonton Rush. We have to have our act together for that one!
Posted by Swordsman at 21:30