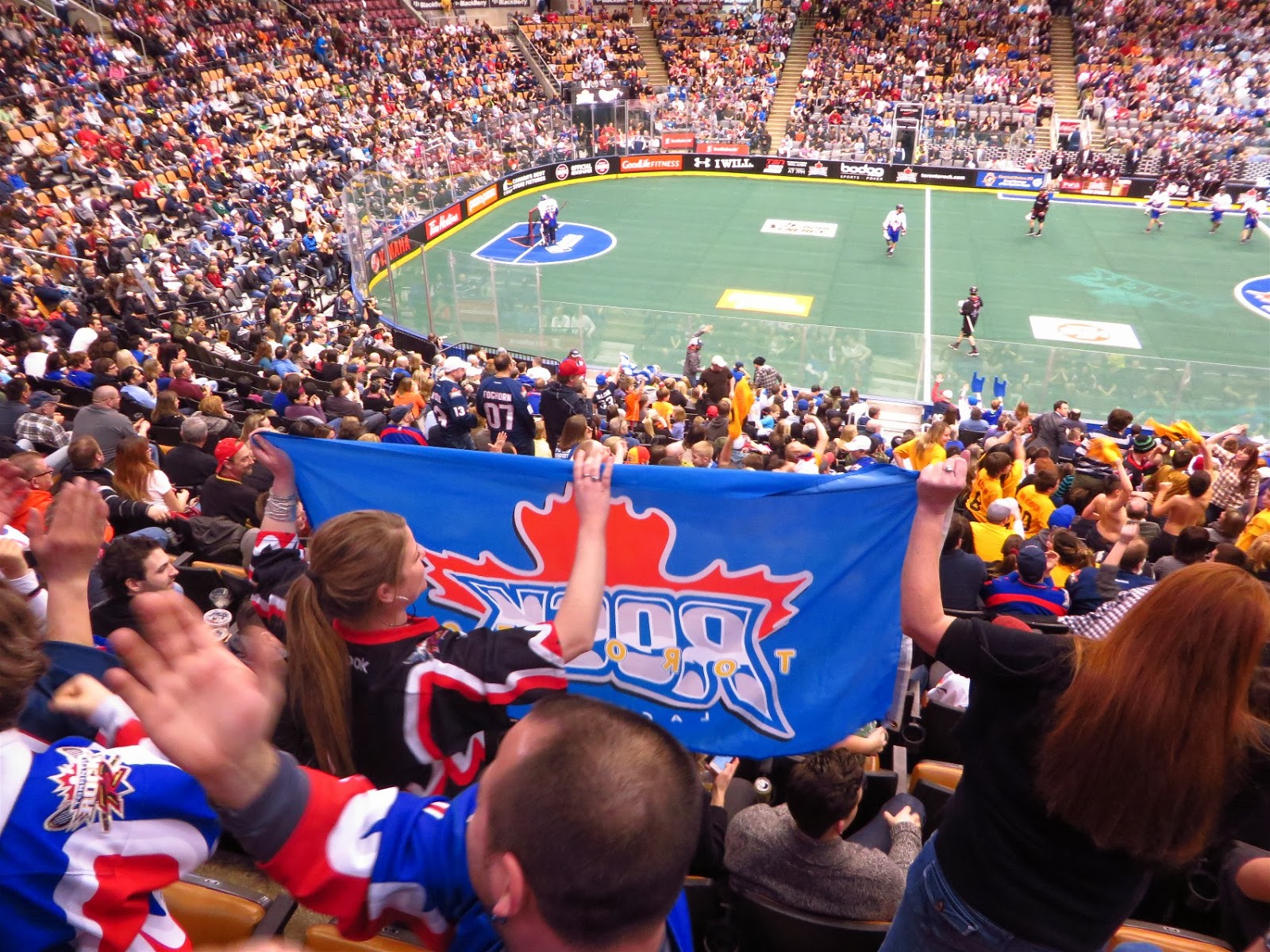 After a first game victory at the season opener, the Toronto Rock lost the next two games on the road. They needed a win here, big time! 11,234 very loud fans came out to cheer them on.

The team looked fired up and ready to go and even scored the first goal of the game! 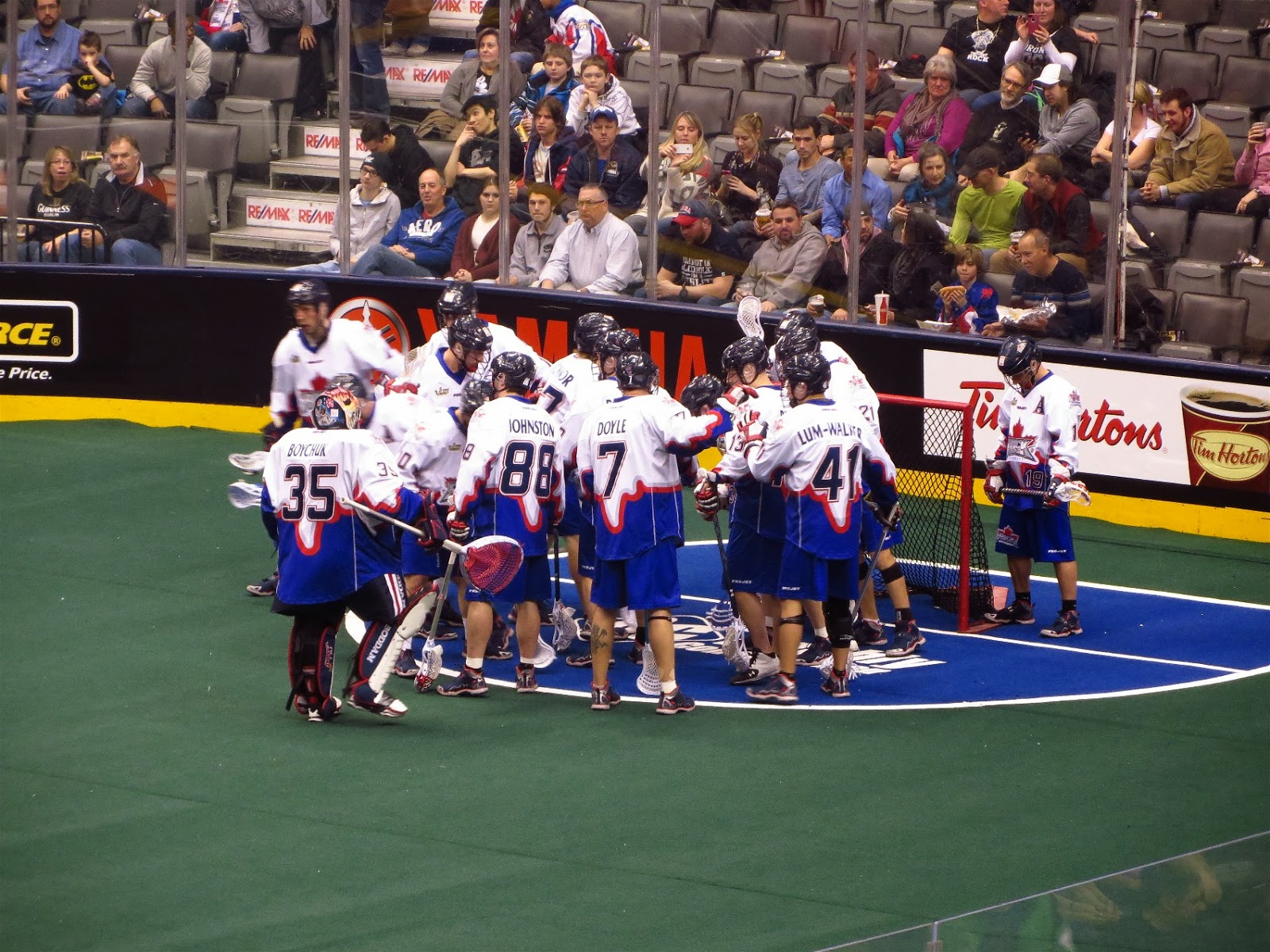 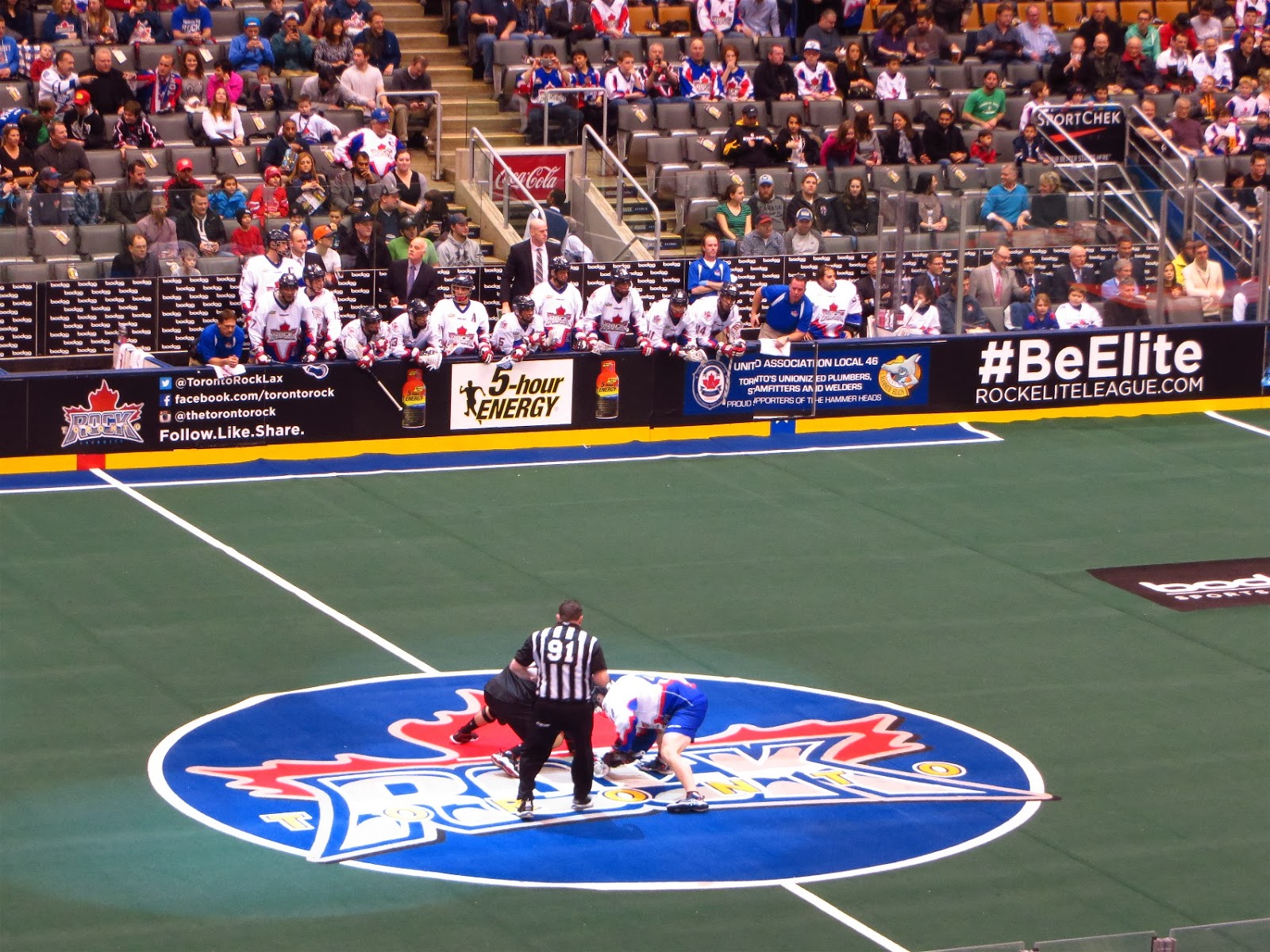 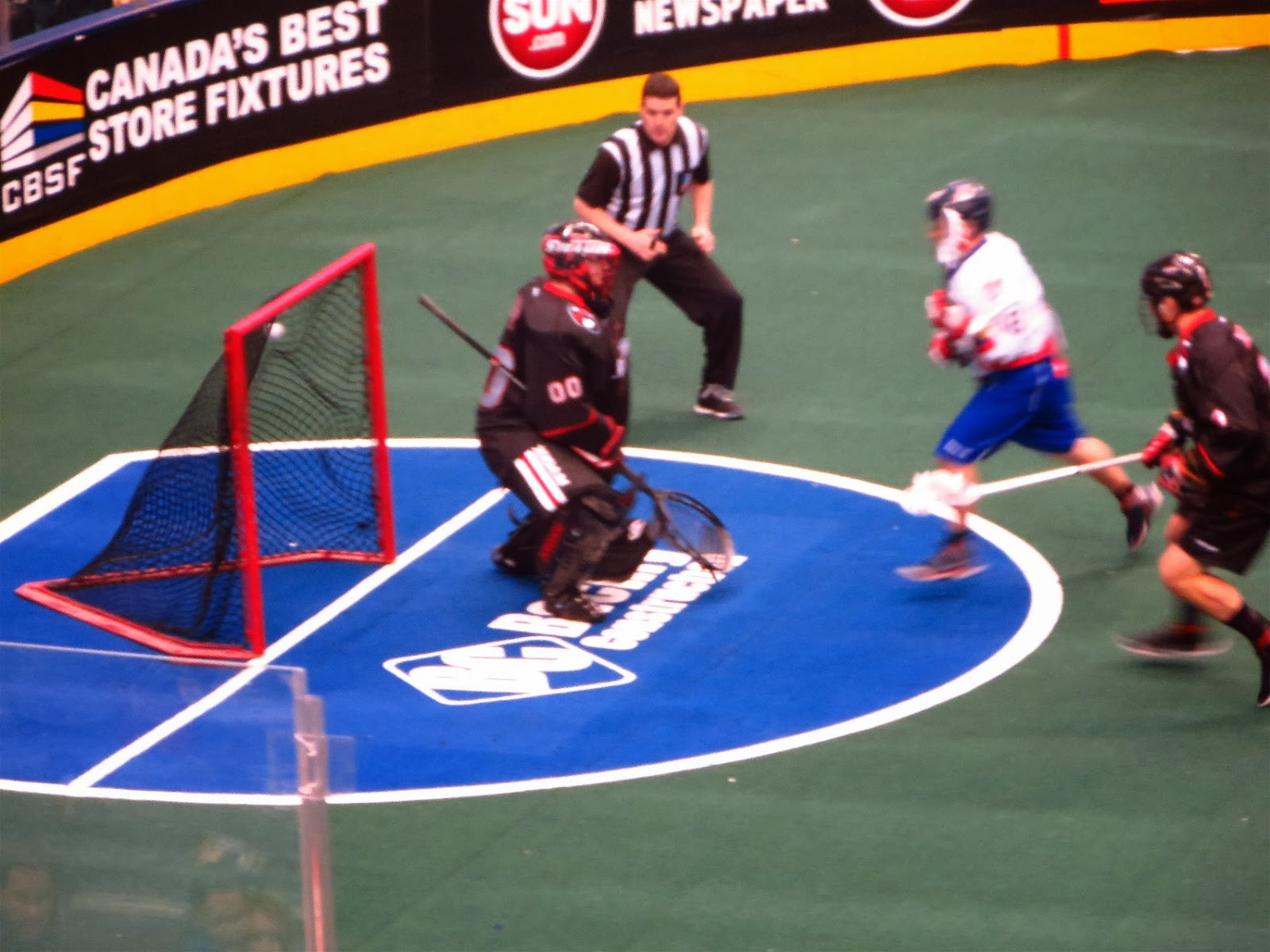 That early goal was most of the fun for Toronto fans in the first quarter as the Stealth scored three unanswered goals to go up 3-1 and just before the end of the quarter was up 6-2. The Rock needed to end the quarter on a good note and popped in a goal with just under two minutes to go, to end the quarter down by three.

The Rock Cheerleaders did not give up! 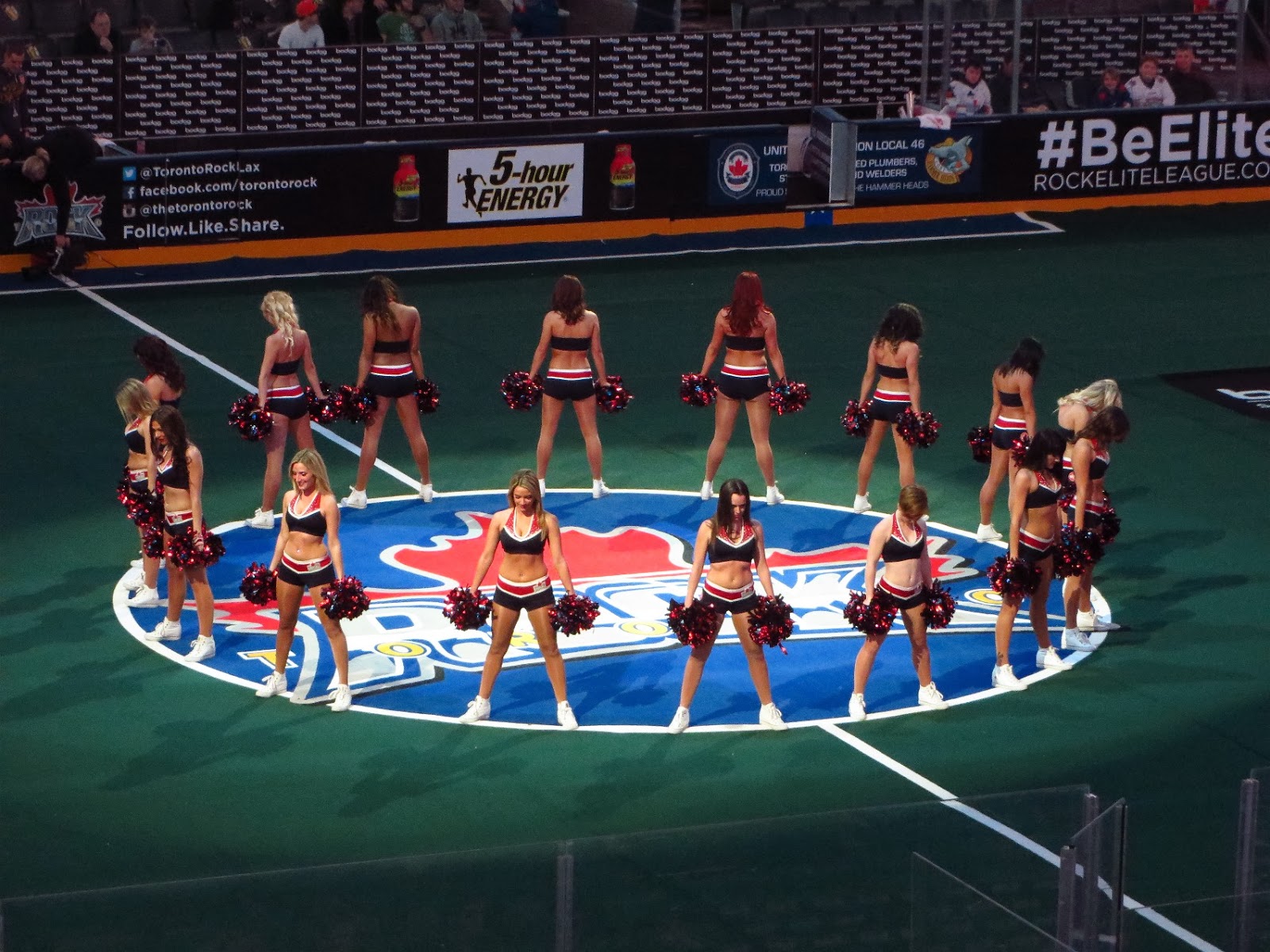 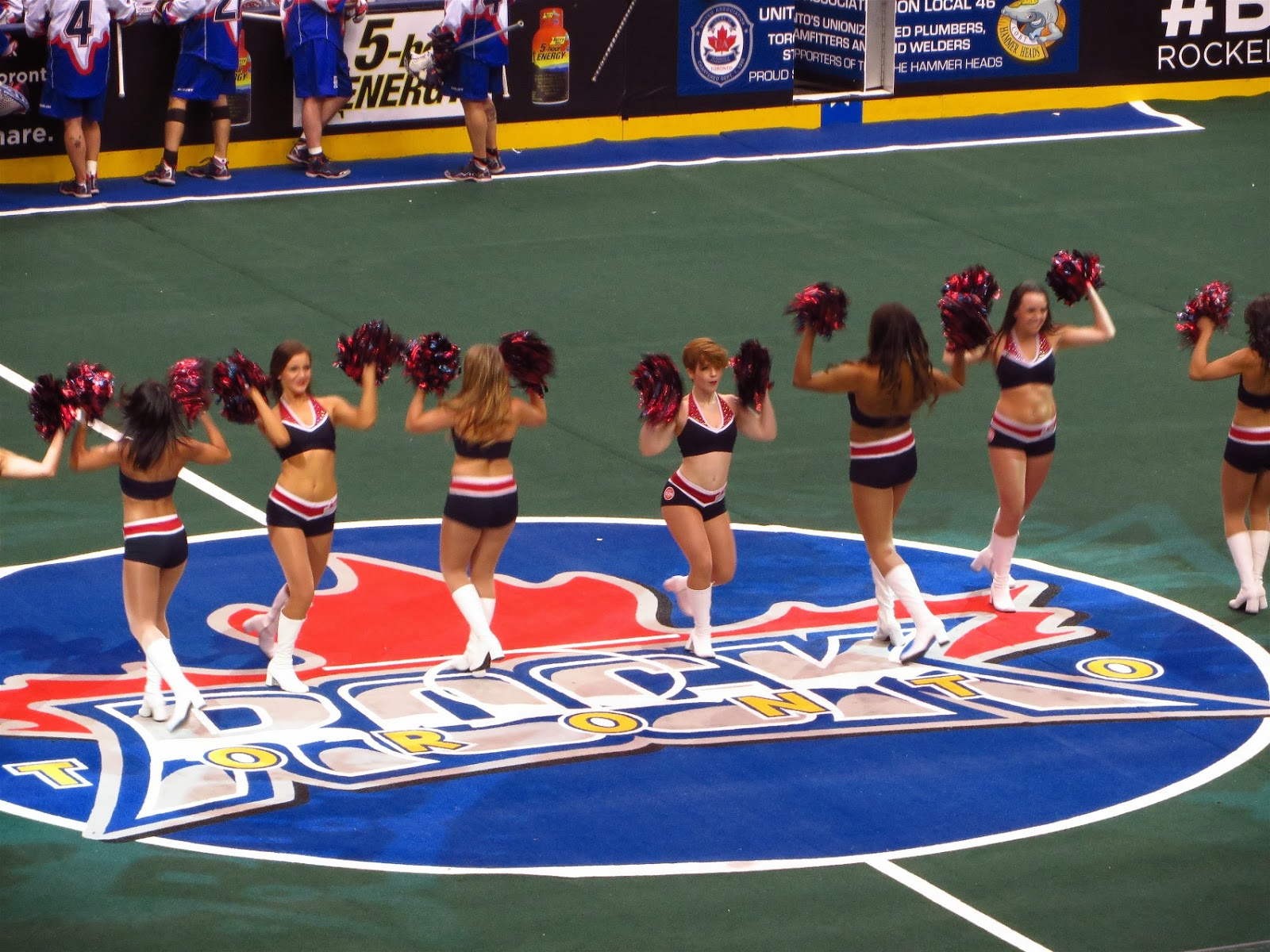 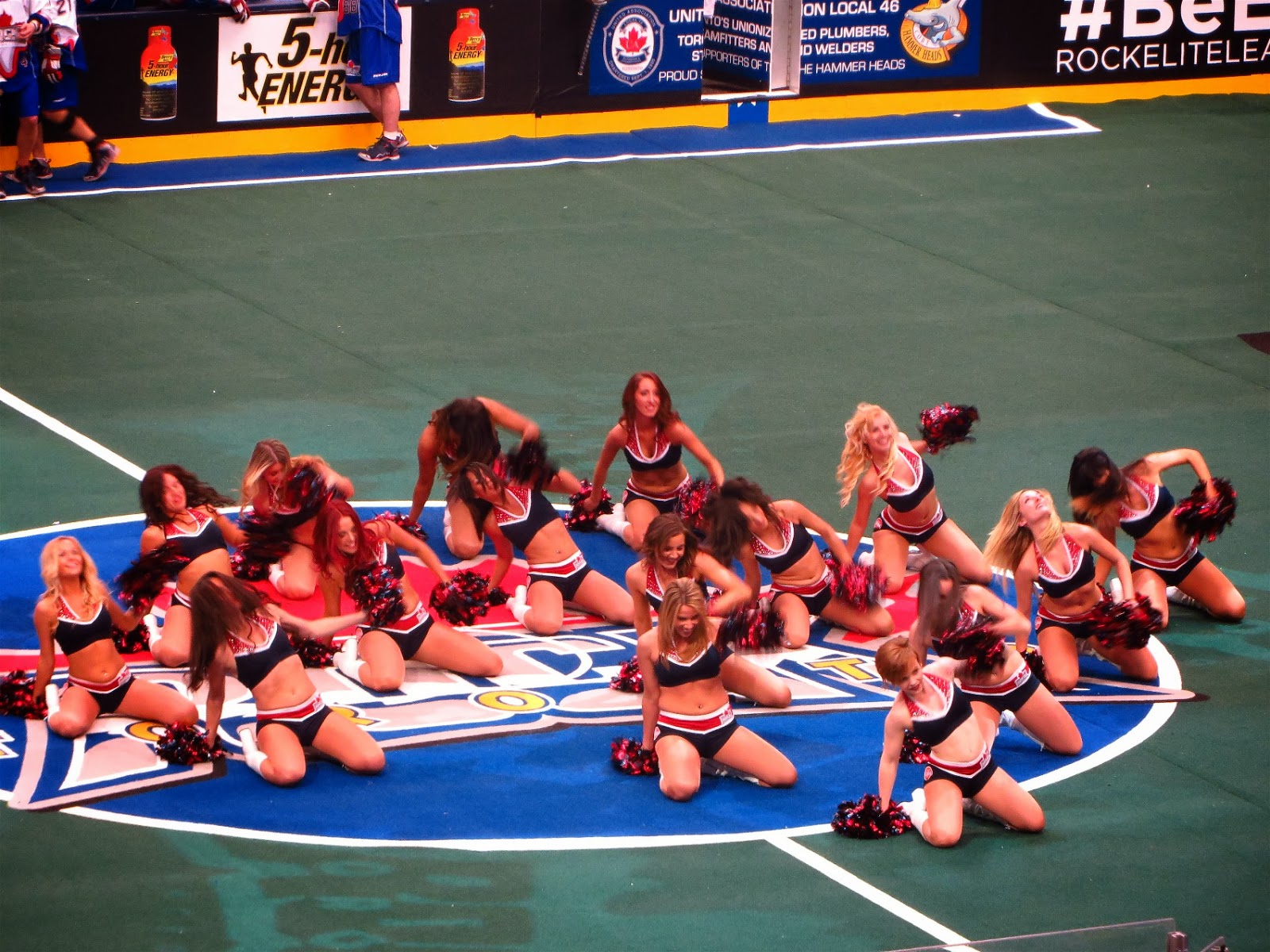 In the second quarter, the Rock stormed back. Rock goalie Nick Rose (Rosie!) held the Stealth to just a single goal and the Rock came away at half time tied at seven. 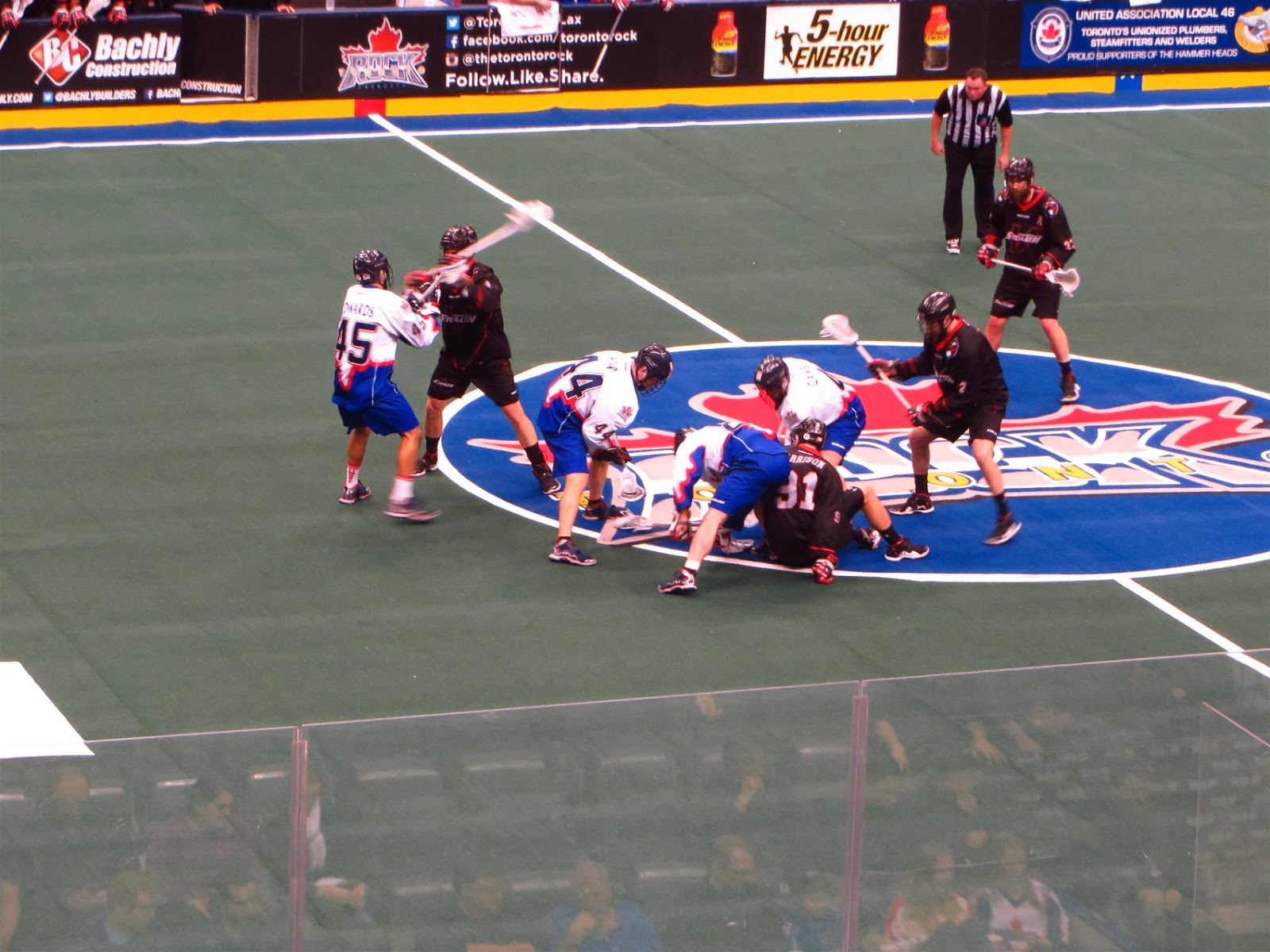 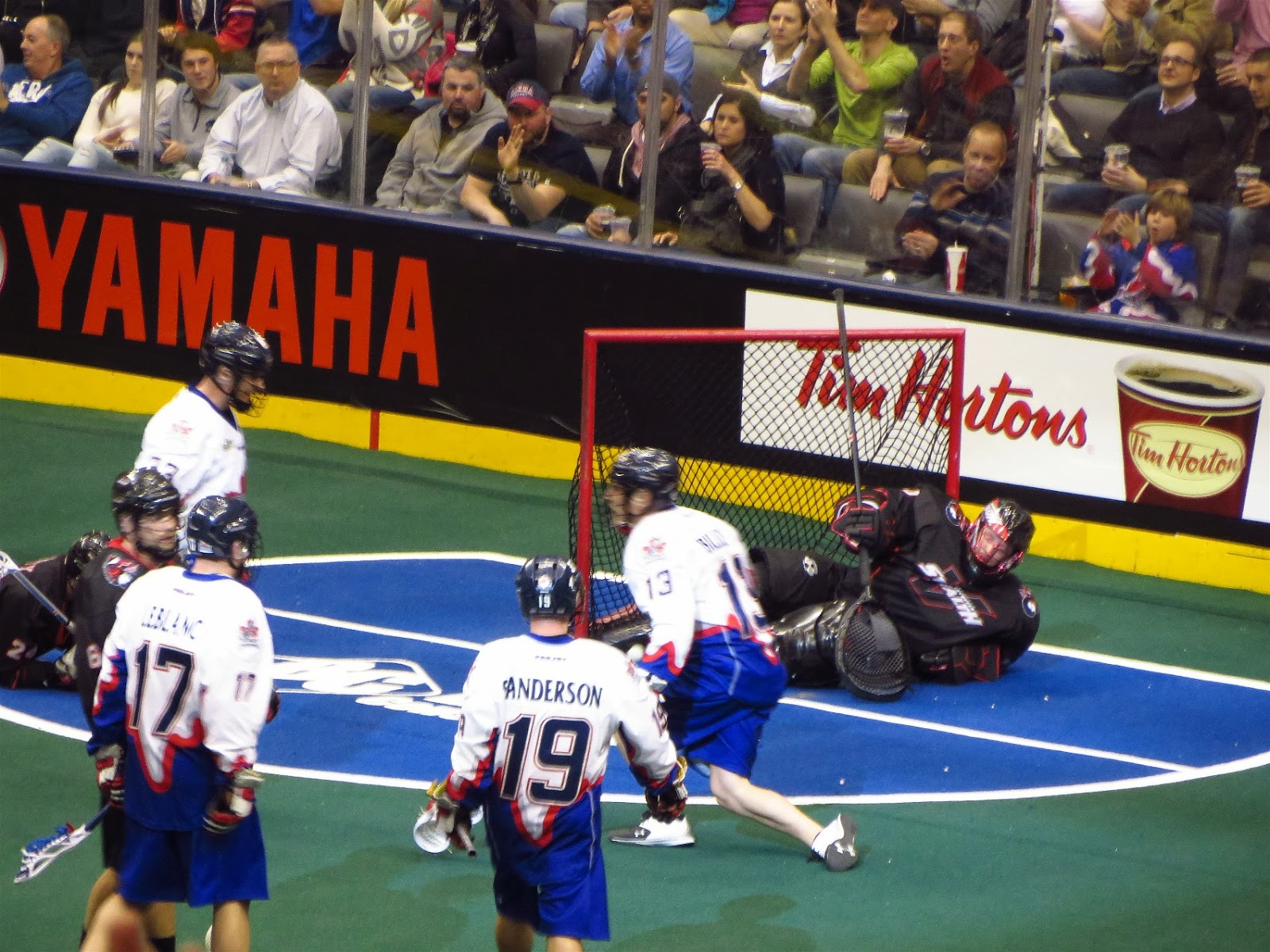 Both teams traded goals back and forth for 11 minutes of the third quarter but then the Rock took over and put in five in a row in the next ten minutes of play to have a commanding 14 -9 lead with 9:19 to go in the game.

It was a chippy game and by the fourth quarter the first fight broke out. It looks like Rock`s Ethan O`Conner is going down here but did a nice judo throw to end up on top! 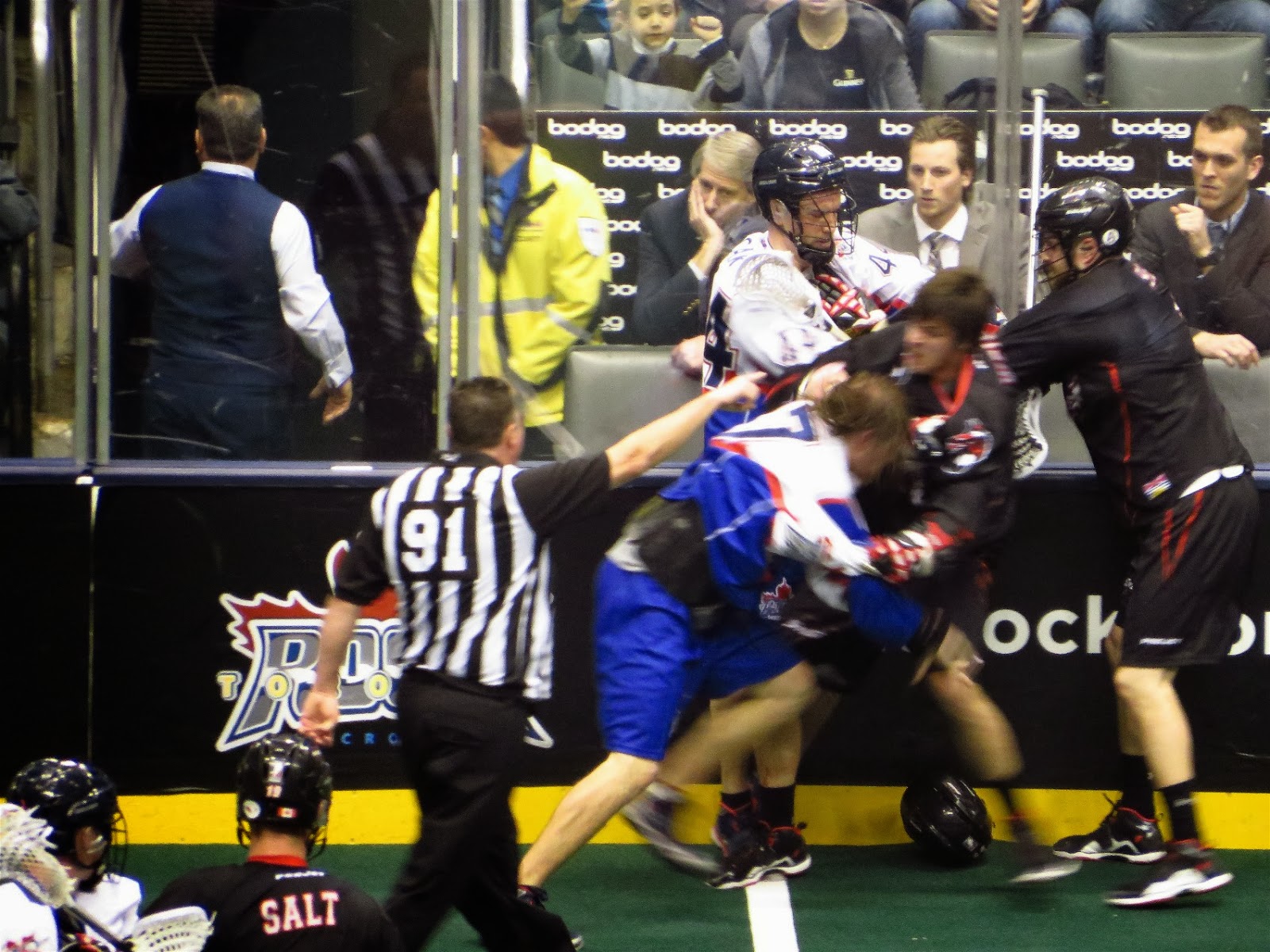 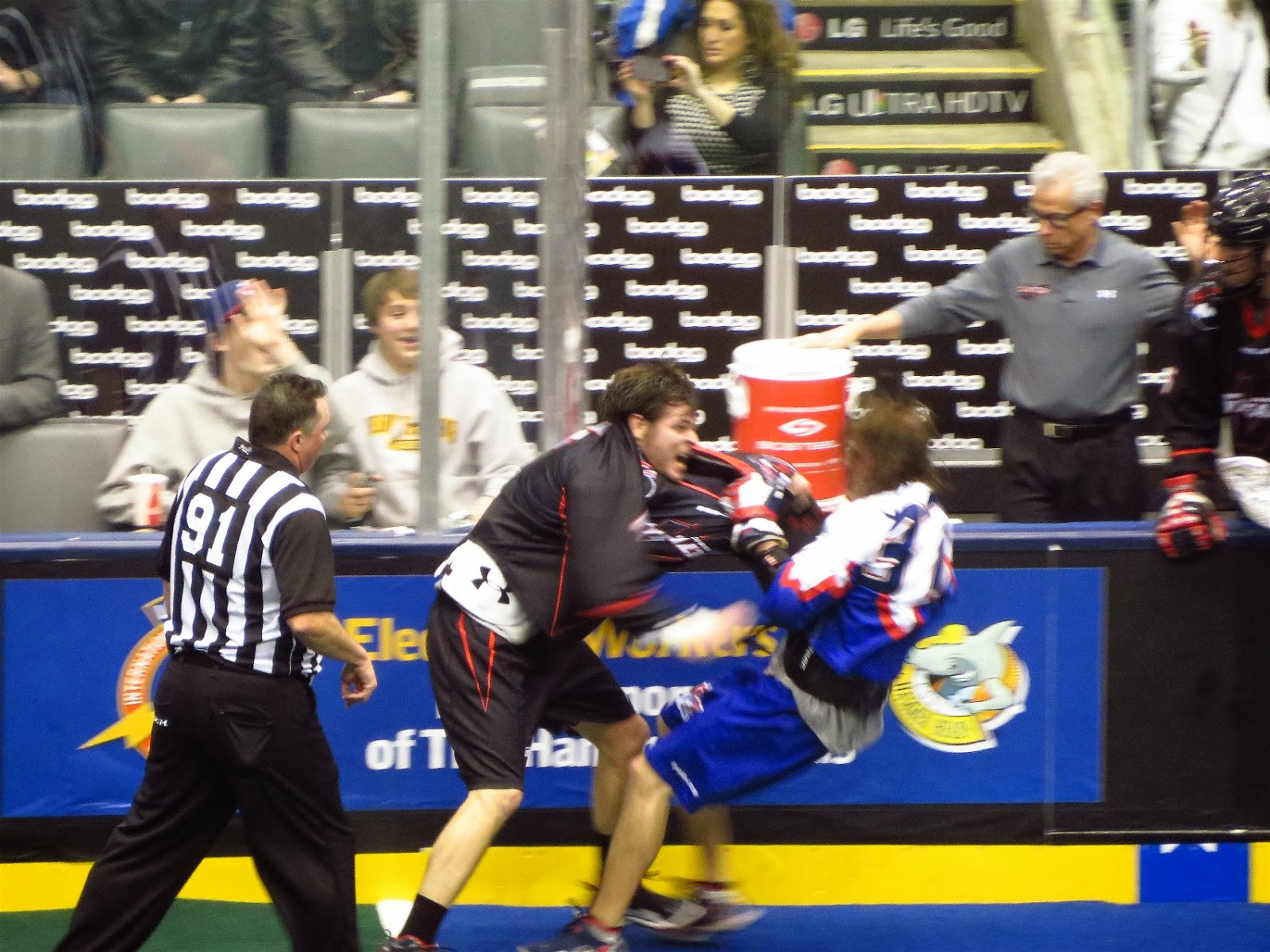 A few minutes later was another scrap. 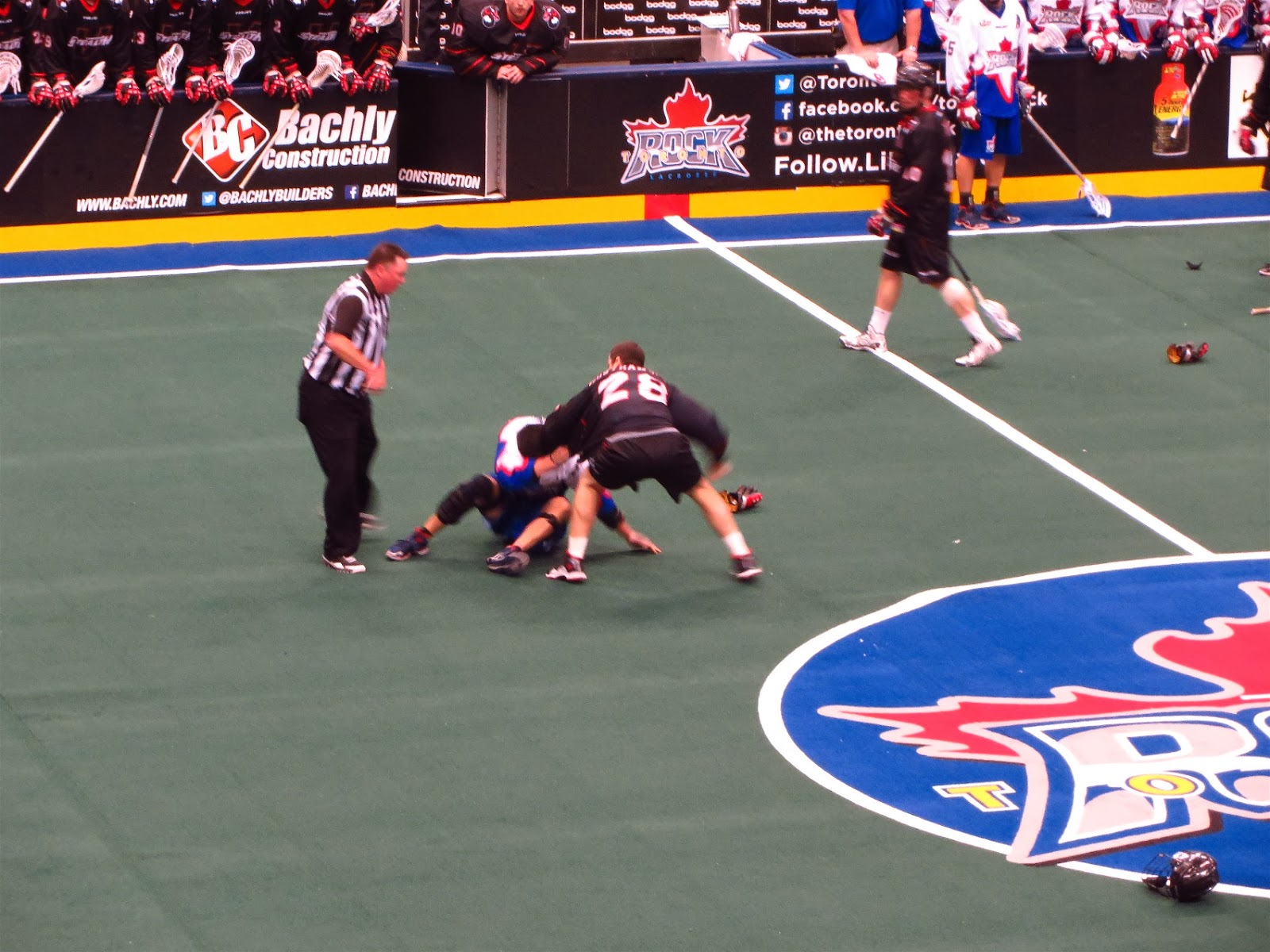 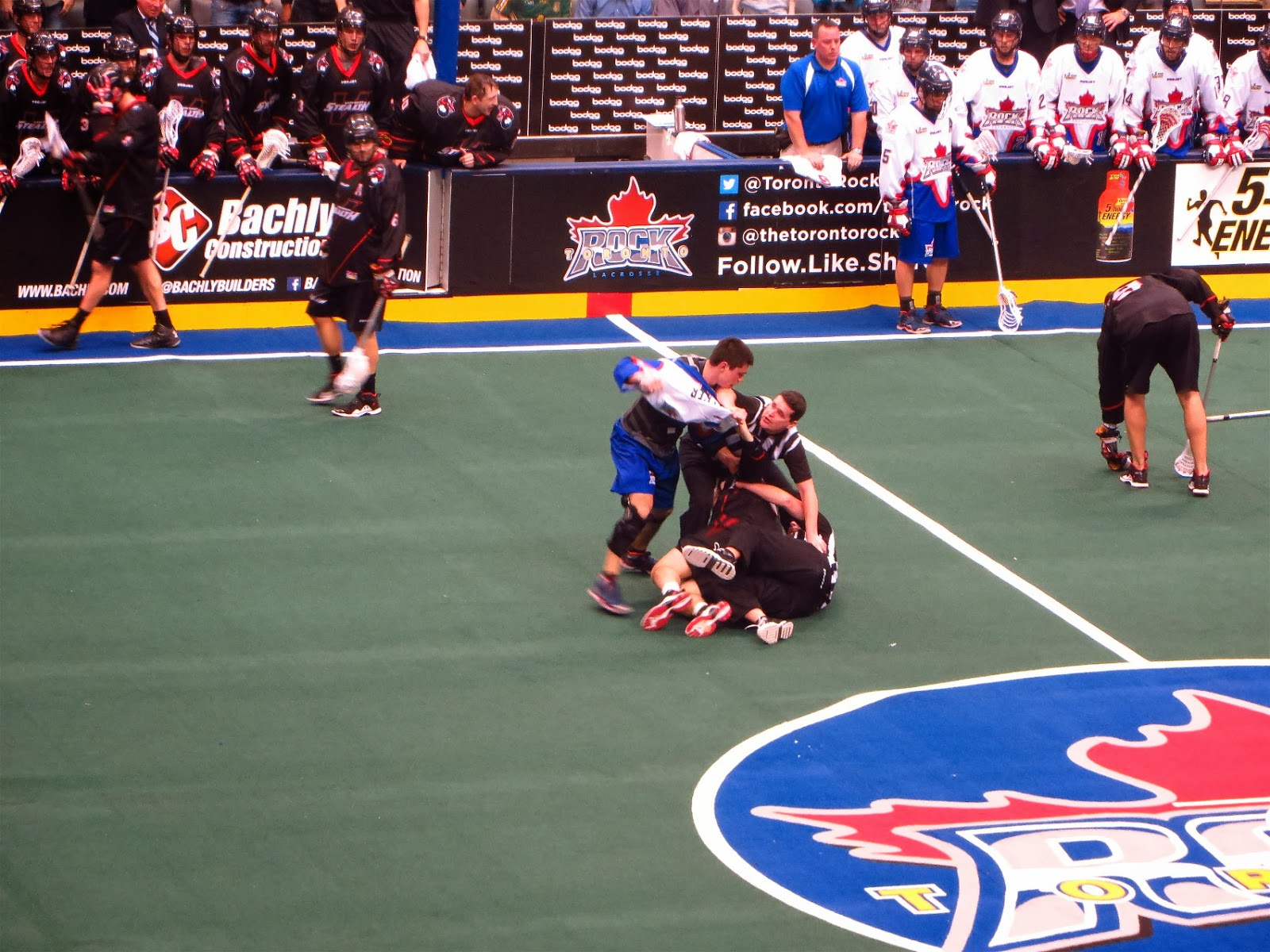 In the end the Rock won 17-12 and it was good to see the sportsman ship come out after such a rough game between the two teams. 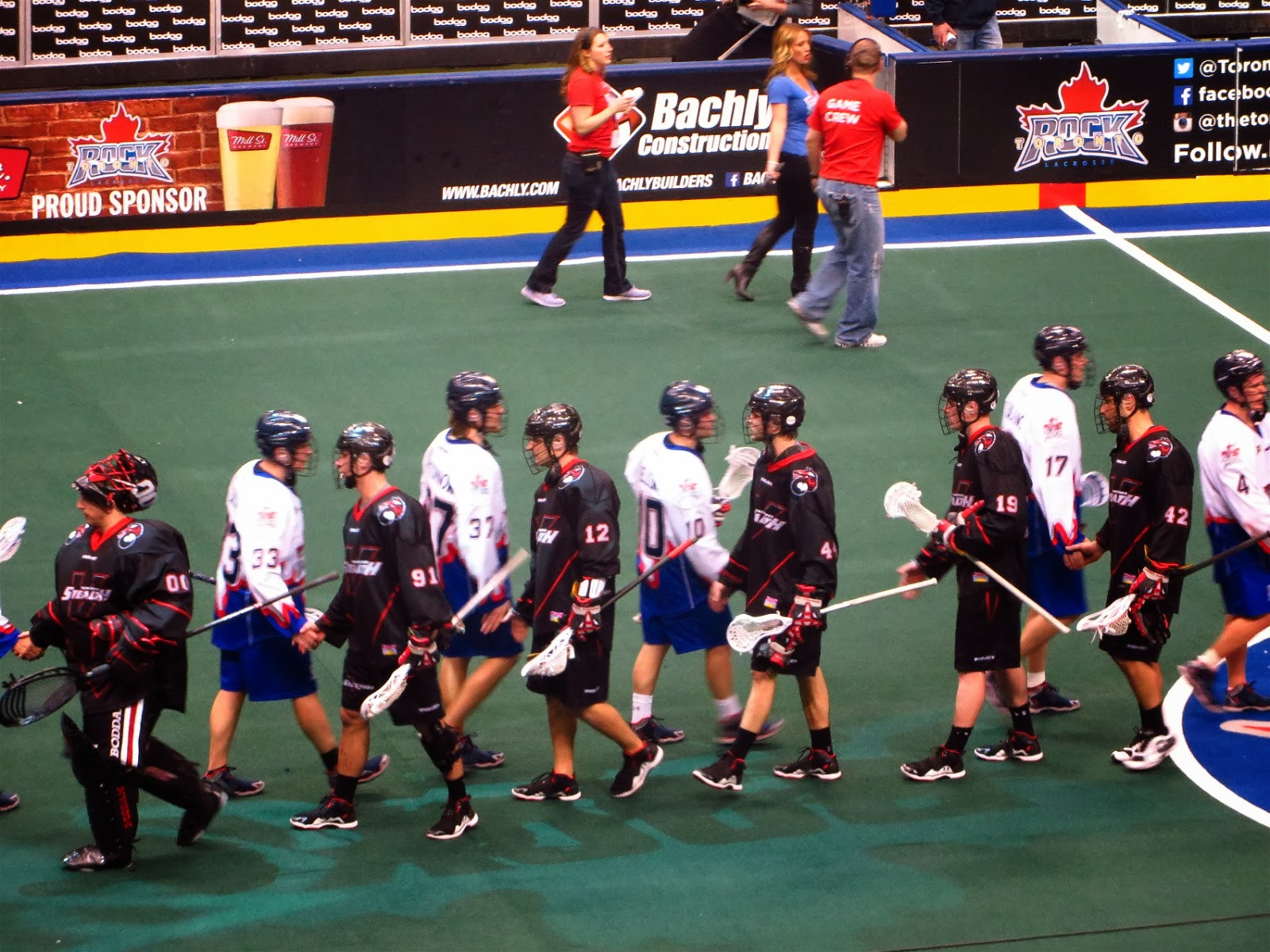 I like that win or lose, the Rock always does a lap to salute the fans. It`s always more fun with a win! 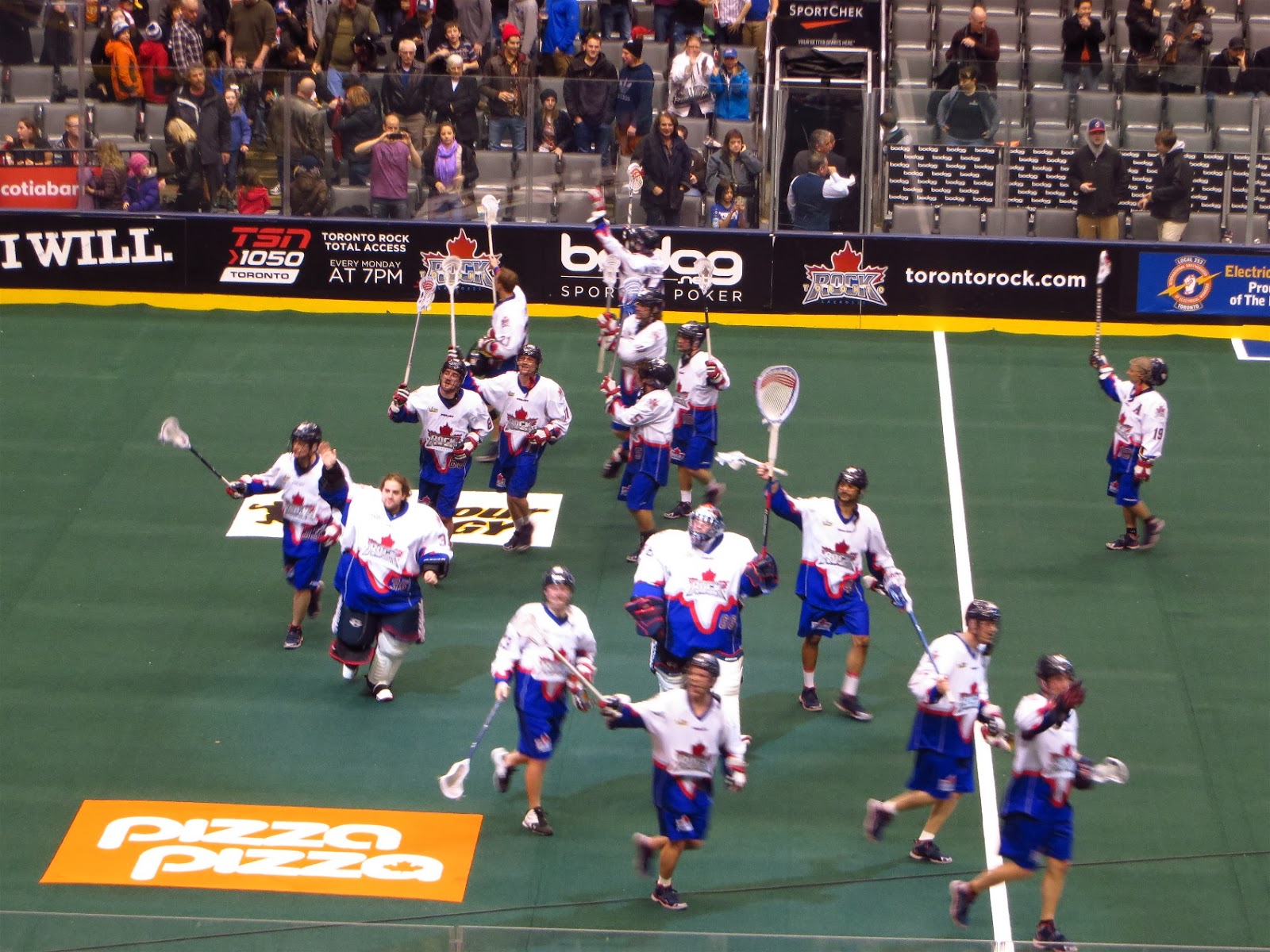 Our section was cheering for goaltender Nick Rose to be named offensive player of the game having come away with three assists after setting up three fast break Toronto goals. Garret Billings was named the player of the game and very rightfully so as he scored five goals and assisted on another four for a huge night. 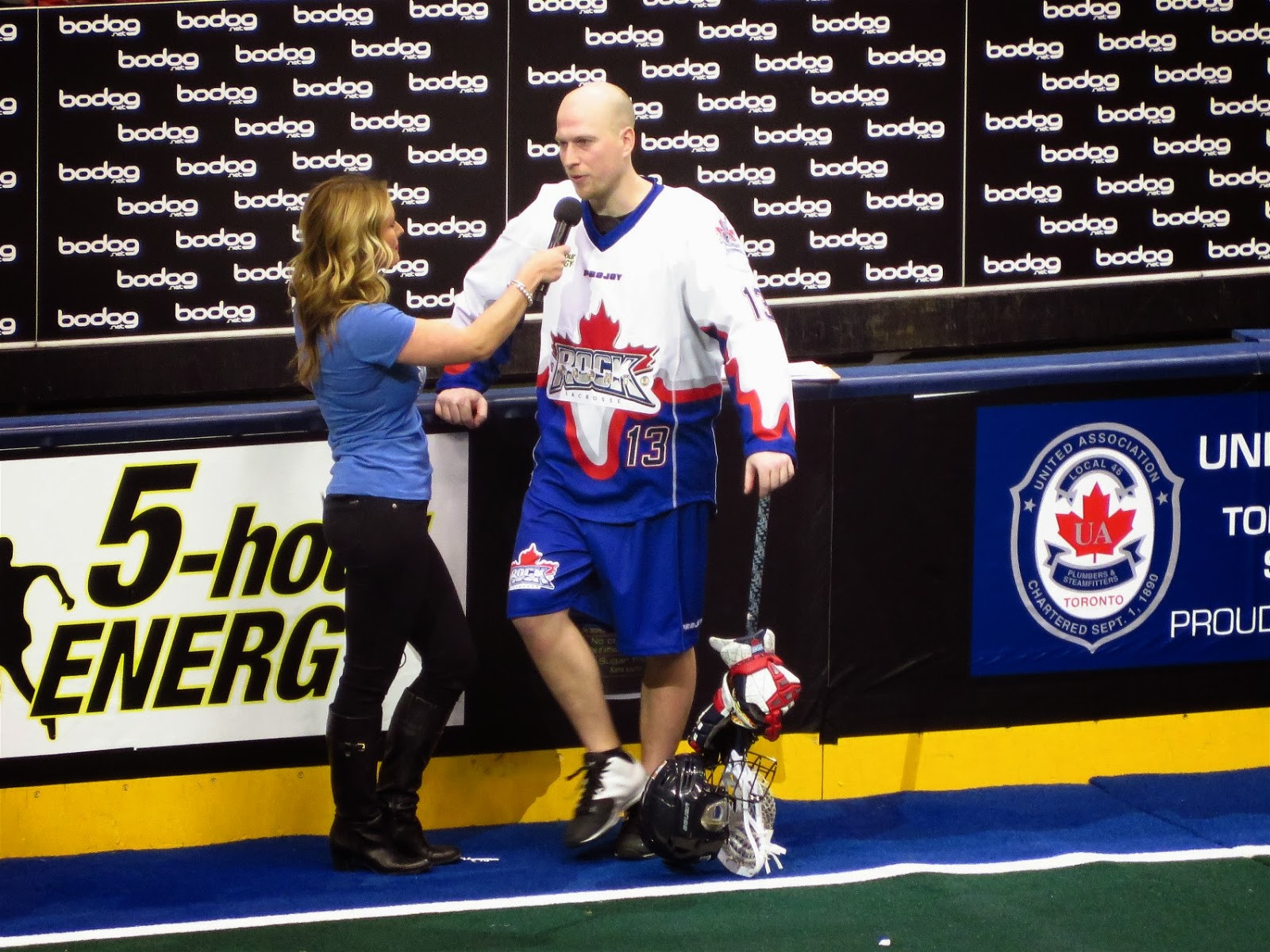 The Rock head down the QEW tomorrow for a big game against  the 4-1 high flying Buffalo Bandits. Next Friday (Feb 7) is the next home game for the Rock. You know we'll be there!
Posted by Swordsman at 22:00