An Afternoon at Riverdale Farm 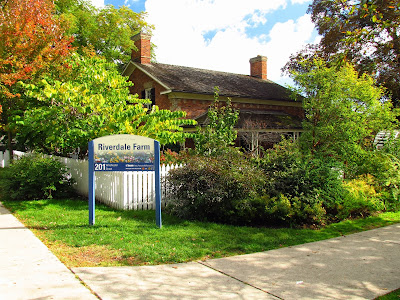 Teena and I were watching Top Chef Canada this summer and one of the challenges took place at Riverdale Farm. Teena mentioned that she would like to go there. So we put it on the list of things to do this summer. Well we didn't make it this summer but we did today. 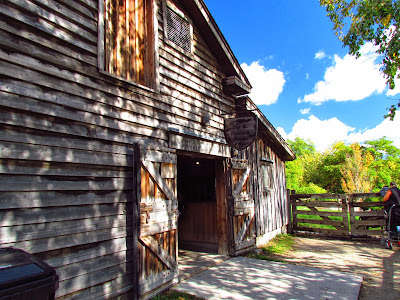 Riverdale Farm is a Toronto Parks, Forestry and Recreation facility located in Cabbagetown. It is open daily from 9 am to 5 pm. Admission is free of charge.

History: Between 1888 and 1974, the Riverdale Zoo was located on the west bank of the Don River adjacent to Riverdale Park. In 1974, the zoo relocated to a much larger facility in Scarborough and was renamed the Toronto Zoo. In 1978, Riverdale Farm opened on the old zoo site. Riverdale Farm is an example of an Ontario farm between 1880 and 1920. 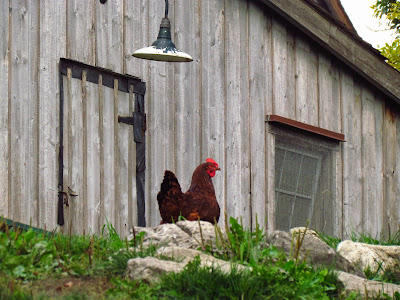 I remember as a child going there with my family. That was likely more than half a century ago. My God, I`m getting old! 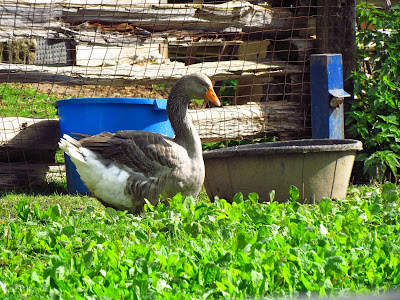 Outside the park, there are these carvings. They are well done and very cool! 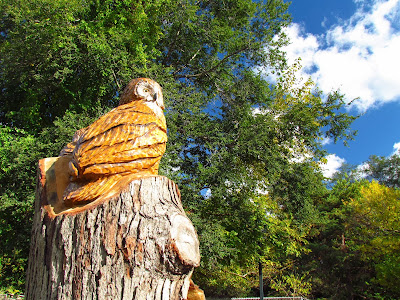 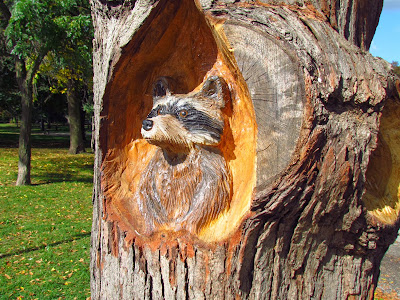 My uncle had a pig farm. I have always found that pigs are fun to watch. I love pigs! 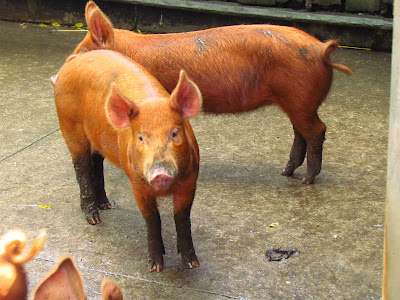 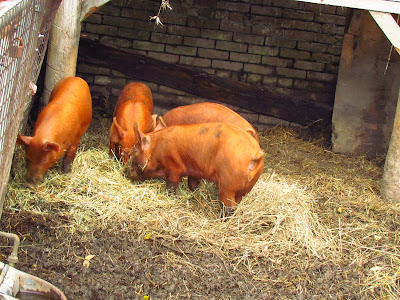 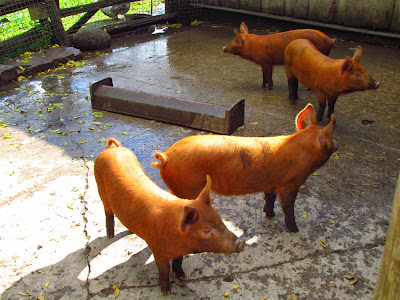 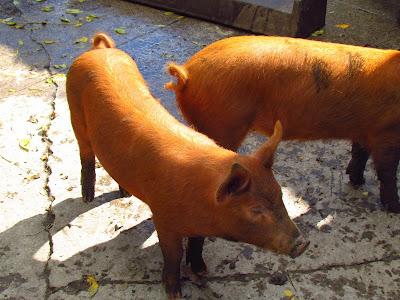 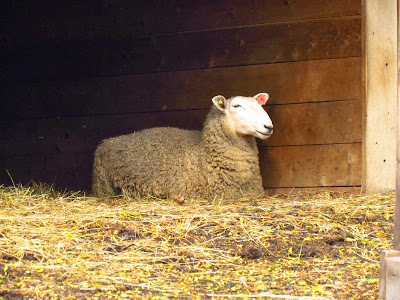 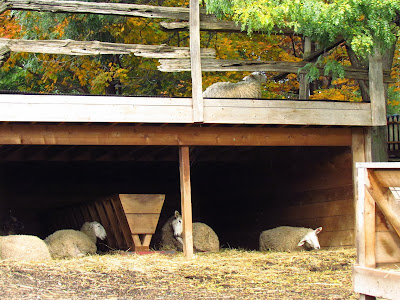 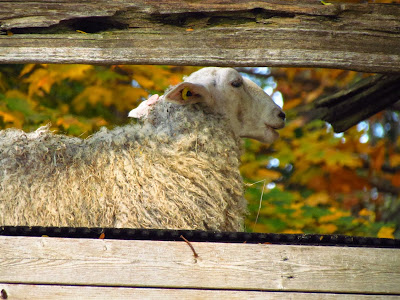 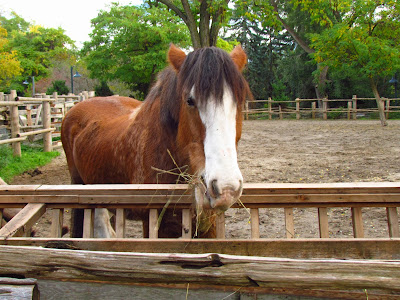 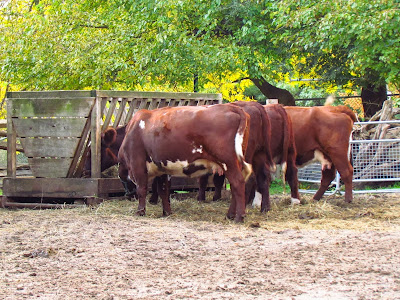 Some nice fall colours were around. Too bad the sun went in, though. 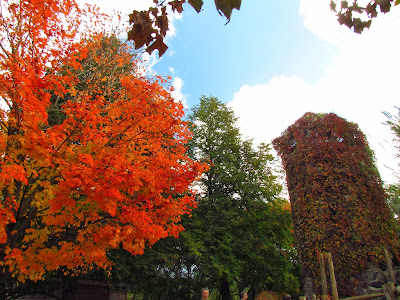 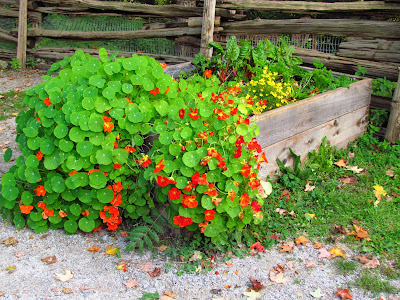 The farm has created a natural pond area. I managed to get a couple of reflection shots. 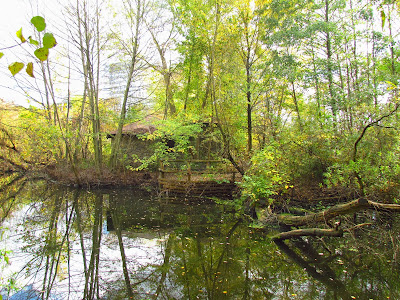 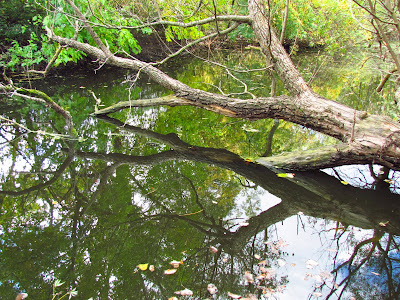 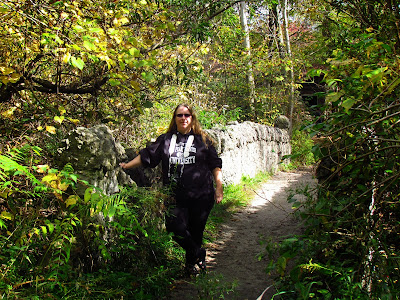 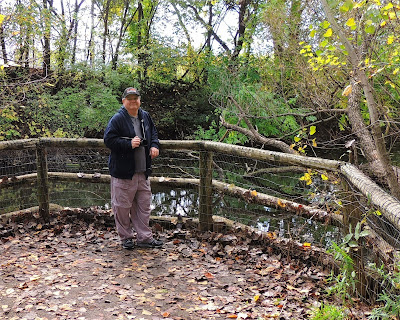 The area used to be a zoo. I found a map and this used to be a monkey house. Glad that the monkeys are in a better place now at the Toronto Zoo! This creepy place looks like something out of a horror movie! 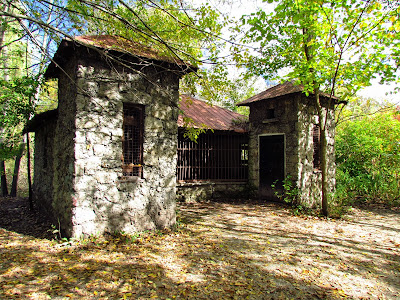 This is a great place to bring kids for an afternoon! 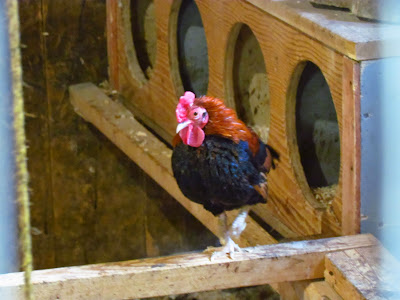