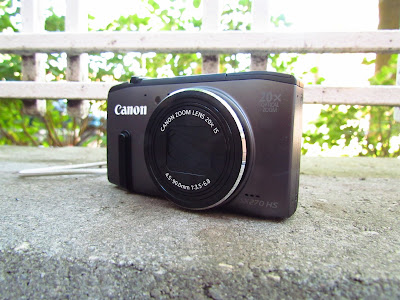 My old Canon Point and Shoot camera came down with the measles, showing dots on all my pictures and would cost a hundred bucks to fix. What to do?

Although I have a Canon PowerShot SX30 IS, which one step down from a DSL camera, I like having a small camera to carry around with me all the time. So I decided to buy a new camera.

Teena had another idea. She wanted to give me her Canon SX150 IS (below). I originally had givenit to her as a present and she loved most of the features but hated how long it took for the flash to charged. She takes a lot of indoor shots, needs the flash and has been constantly frustrated by it. I rarely use a flash so this works for me. 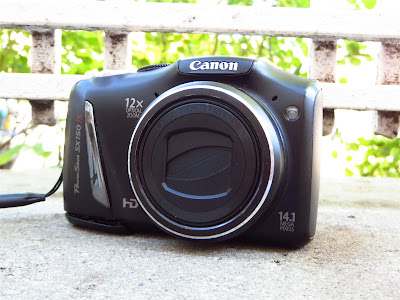 So yesterday off to Dufferin Mall we went looking for a new small camera for Teena. Black's Photography had a Canon SX270 HS. It was smaller, more compact camera than the other one, had all the same settings, aperture, shutter speed,  white balance, plus it was 20x zoom instead of the 12x for the other camera. An important feature for Teena too was that the flash fired instantly!

So Teena bought two, one for her and one for me.

It was a very nice present, all the settings I like, better zoom and easier to carry. The other camera will now serve as a back-up for us.

Here is the first picture taken with my new camera. Yes, this shot used a flash and didn't take any time to charge. I am really going to enjoy using this. 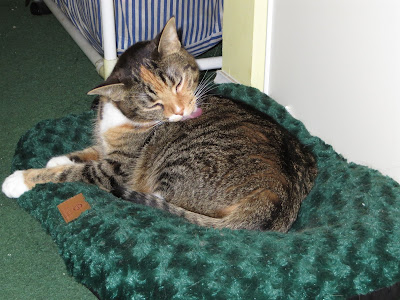