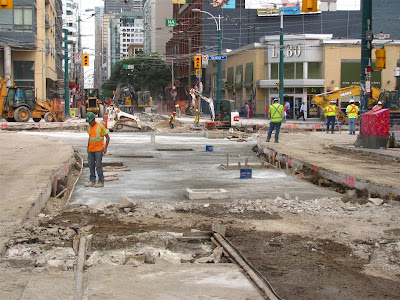 King and Spadina is a very busy intersection anytime of the day but especially during rush hour.

Due to construction further south, the Spadina streetcar loops around this intersection, plus the east and west King 504 streetcars rumble through this intersection carrying 57,000 passengers a day (according to the TTC website).

Two days ago, on Tuesday at 10AM, the intersection was shutdown by the TTC for a badly needed complete overhaul. 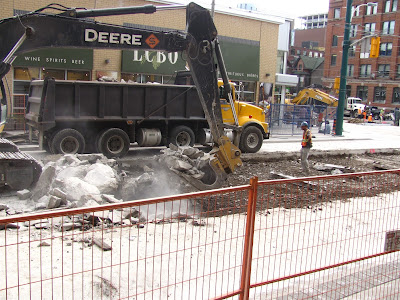 Many shop owners are complaining, as well as area residents, but the closure is only supposed to take two weeks to replace the street foundations and streetcar tracks. For me, it's just a minor inconvenience as I just walk up to Queen and take the 501 Queen car to work. 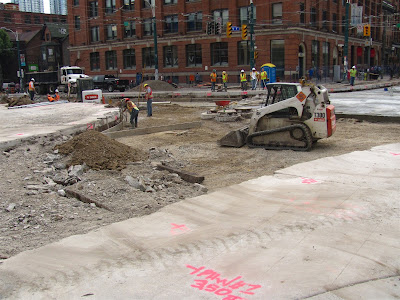 Getting to the Don Valley Parkway from our place will be a pain, as the two lanes of the QEW are closed, meaning Lakeshore Blvd will be jammed, and this intersection is closed. I think Adelaide is my best route out. 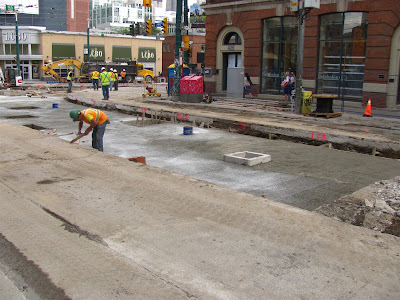 It's only been a couple of days but as you see in the picture above, already they are pouring cement for the new foundations on the west side of the intersection. I think they likely will be done in two weeks. Nobody likes construction but then nobody likes roadways that fall apart. This is necessary work so everyone will just have to be patient for a couple of weeks. 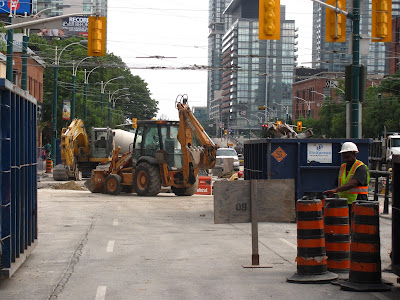