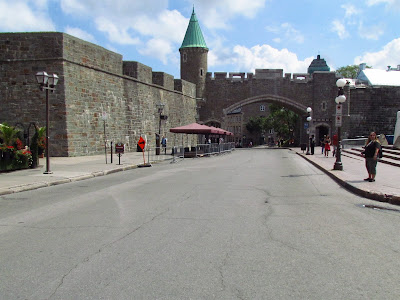 Today we decided Teena and I wanted to walk the Old Quebec wall up to the Citadel. The wall was built by the French in the 1700s. The picture above is Porte St-Jean or St John's Gate, which is outside of our hotel.

We started with a great breakfast at L'Accent Bistro. Teena's review is here. 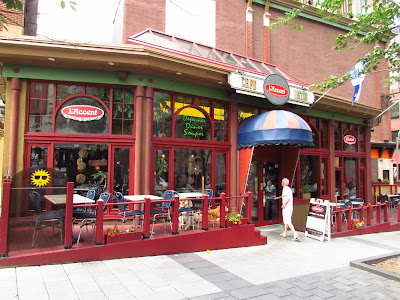 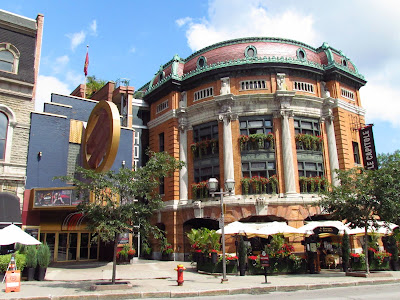 This is the old armory just inside St John's Gate. 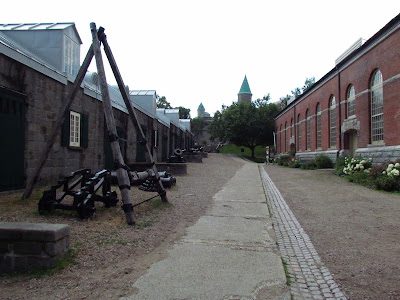 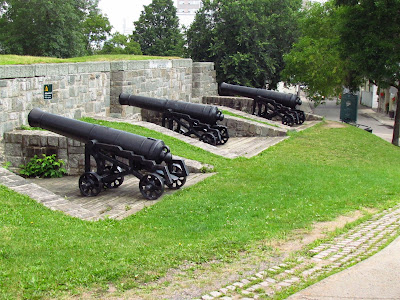 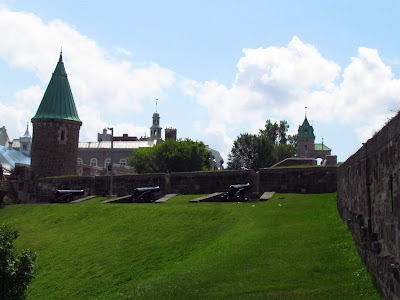 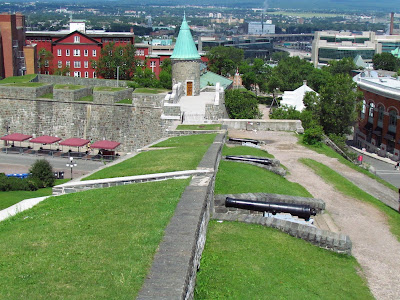 I bought a cannon of my own! 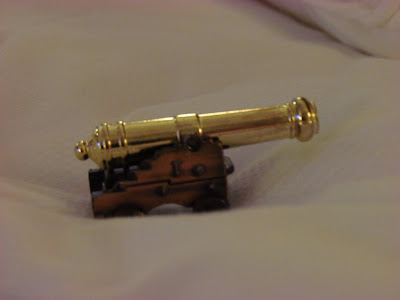 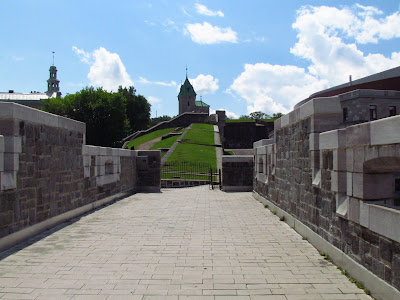 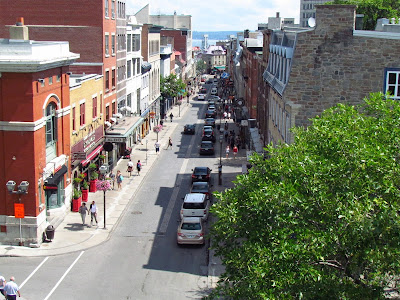 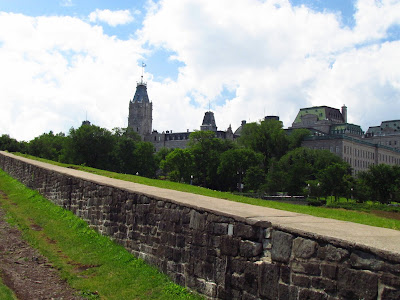 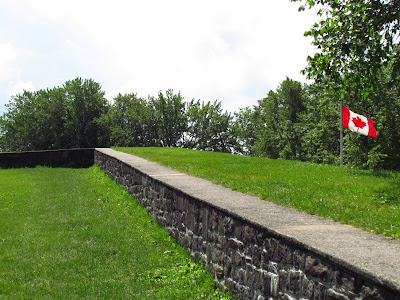 Here I am stylin' in Parisian Rose at Porte Kent! 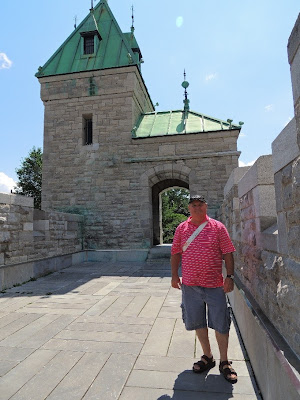 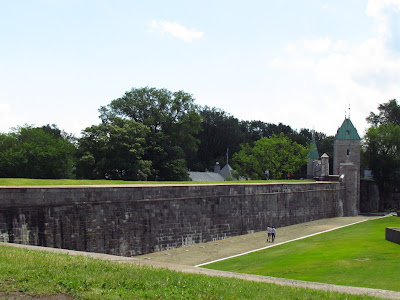 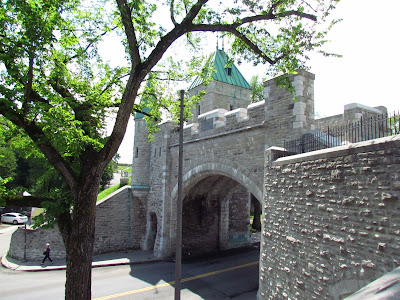 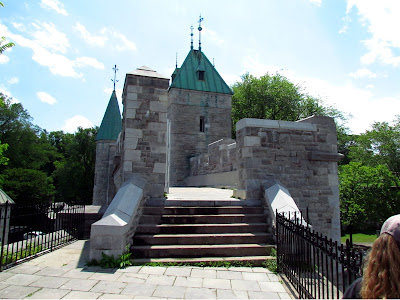 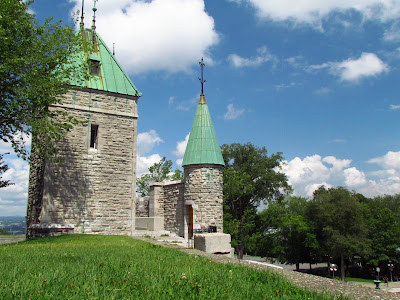 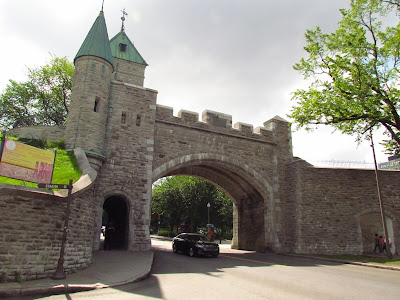 Winston Churchill met with Eisenhower and Mackenzie King at the Citadel just up the hill from this gate, to plan the D-day invasion. Winny still keeps watch over the gate. 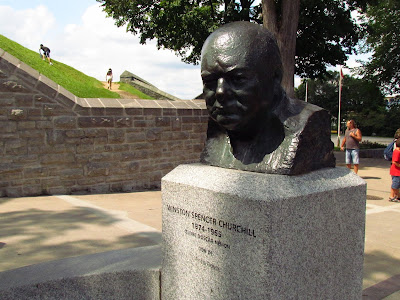 The Fontaine de Tourny. It was built in 2007 as a gift from Simon's department stores to celebrate Quebec's 400th anniversary. 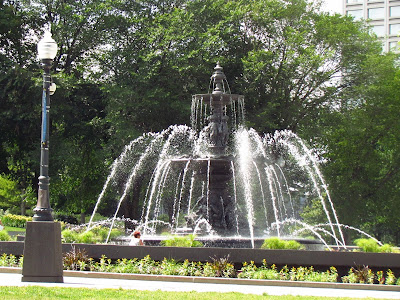 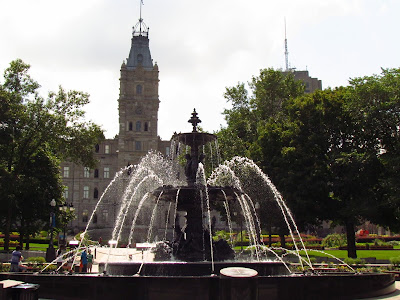 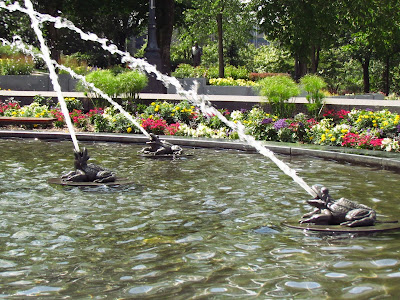 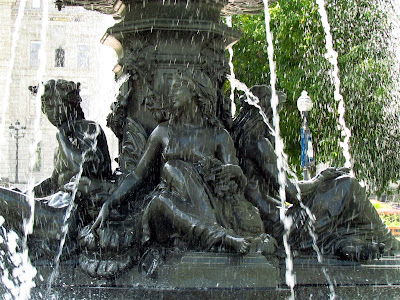 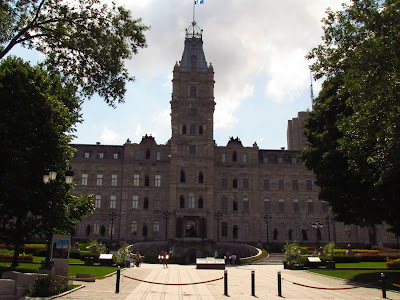 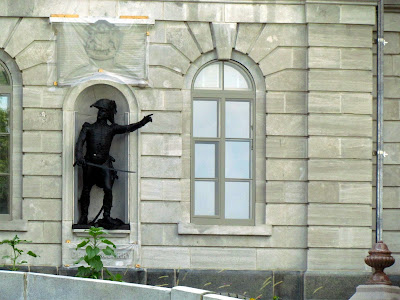 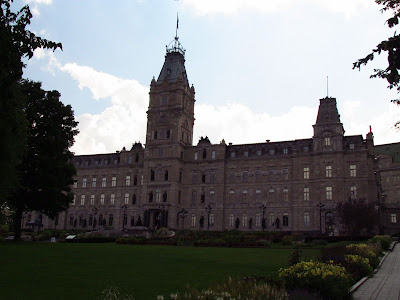 It was a great but tiring uphill walk. The weather would change from cloudy, to bright to cloudy and threatening, but in the end the rain held off.

Now at the top it was time to visit the Citadel!
Posted by Swordsman at 14:30