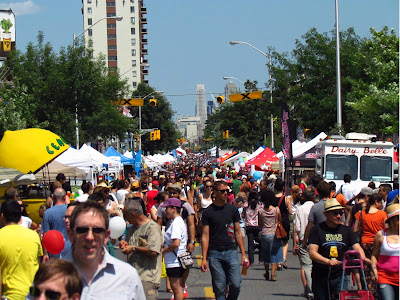 Today Teena and I went for the first tome to the BIG on Bloor Festival. I believe that this is just the second year for the festival. Last year they drew 70,000 people over the weekend.

It seemed to be more of a street vendors market rather than the stores along the stretch of the street, from Dufferin to Landsdown featuring their wares. 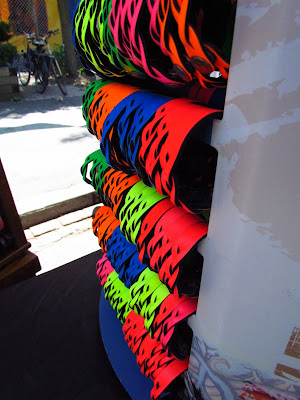 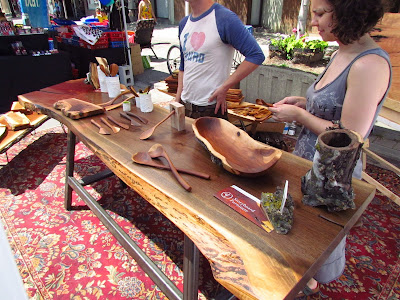 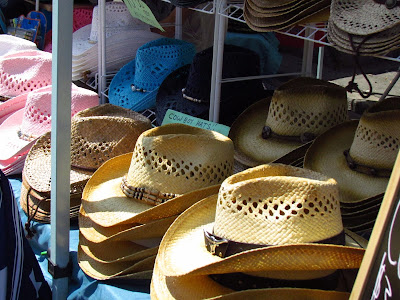 There was some street food but really not a lot. 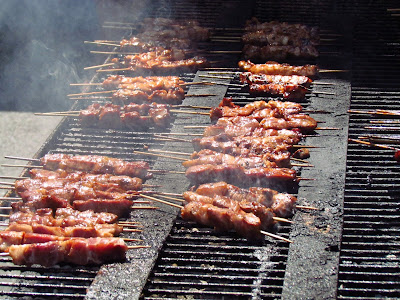 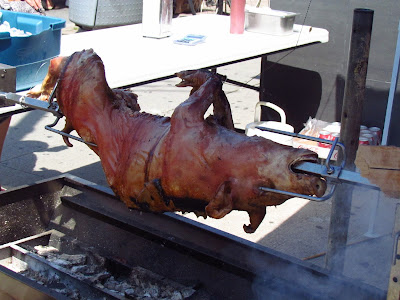 Teena had a chocolate muffin with a grape topping. She said it was dry and a little tasteless. 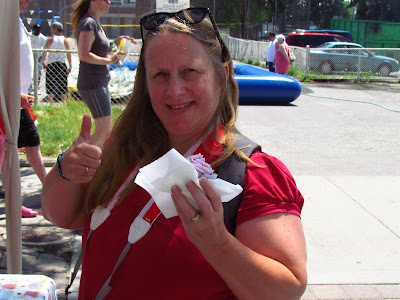 There were these balls that kids could climb into and roll around in. This kid was very determined. She was up and doiwn so many times. It had to be very hot in there! 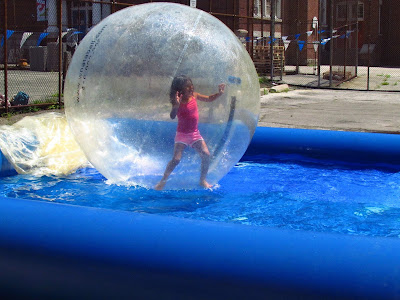 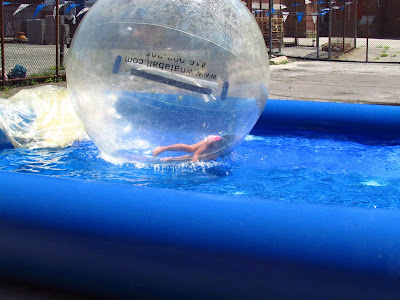 A display from a store on the street called Earth Echooes. They were very cool and as hard as I tried could  not get a picture of any any of them with their tongue out, especially the first guy! 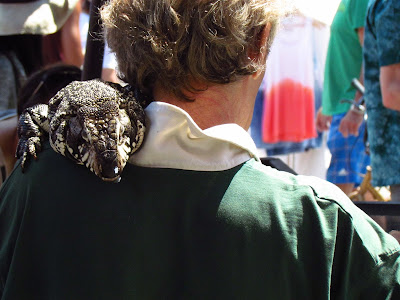 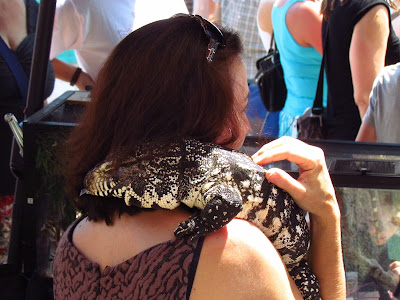 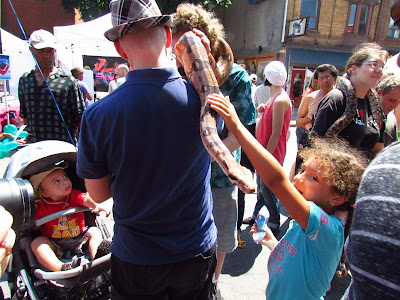 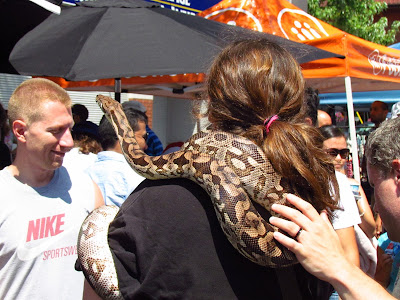 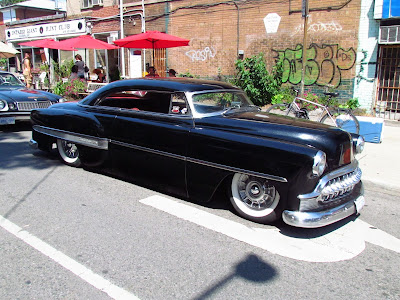 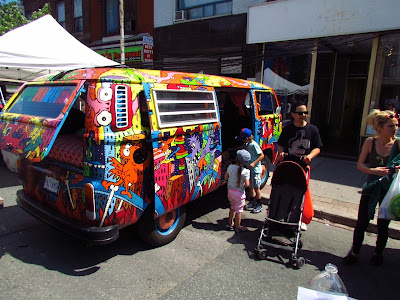 There was not a lot of entertainment but there was some. 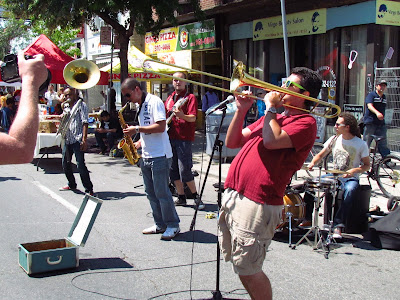 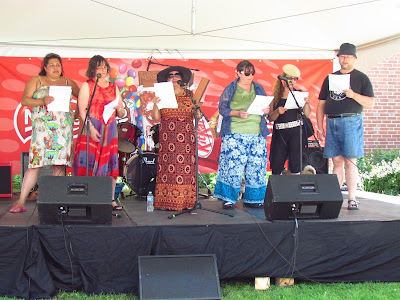 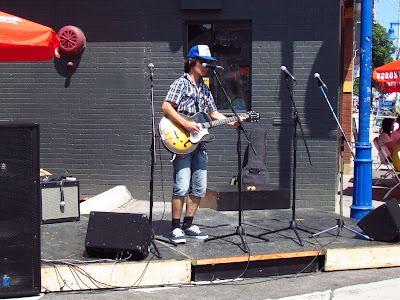 We ate at Duffy's Tavern. The place was slammed and could not keep up to the food, drinks and in the end we had to wait 30 minutes to check out. Teena's review is here. I had plain wings with a Jack Daniels Chile Peach sauce on the side which was great. We split a Macaroni and Cheese, which was pretty dry. 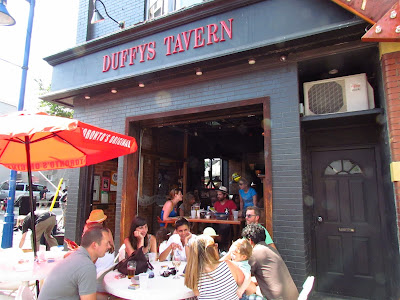 This was hanging inside the bar, an ad about a brewery that used to be in our area. I have to do some research on this! 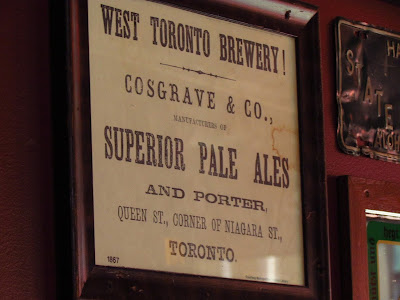 This festival I found was more of a marketplace than anything else. I would have liked to have seen more involvement from the businesses rather than vendors I have seen at other street festivals and there seemed to be a lack of entertainment.

I am sure this is not the Carlos Delgado who played with the Toronto Blue Jays..although we know he is in town for his dedication on the Wall of Excellence tomorrow. (We will be there for that!) 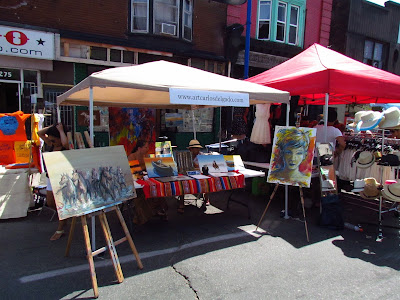 I'm glad I went but for me was not a festival I would go back to again
Posted by Swordsman at 18:00