Carlos Delgado Induction to the Level of Excellence 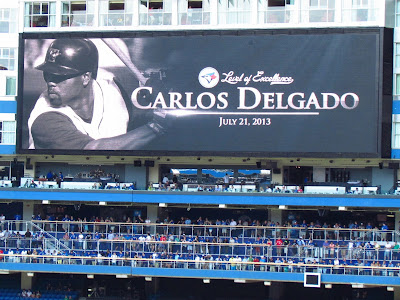 This afternoon the Toronto Blue Jays inducted Carlos Delgado onto the Roger Centre's Level of Excellence. He joins five other players, George Bell, Dave Steib, Joe Carter, Tony Fernandez and Roberto Alomar, two executives, Pat Gillick and Paul Beeston and broadcaster Tom Cheek who is going to the Hall of Fame this year.

Carlos was always a favorite of mine and as Teena can attest, I always had a big cheer of encouragement every time he came to bat. 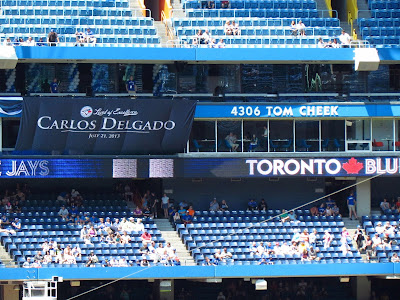 His family and friends sat over by third base and players George Bell, Tony Fernandez, Hall of Famer Roberto Alomar, plus coach Cito Gaston, joining Gillick, Beeston, Anthopoulos and Carlos's wife and son on the main stage. 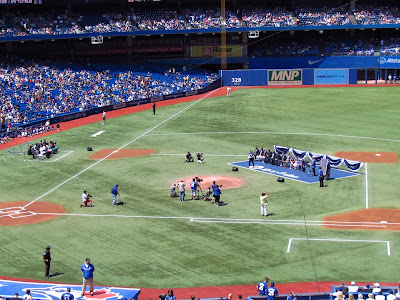 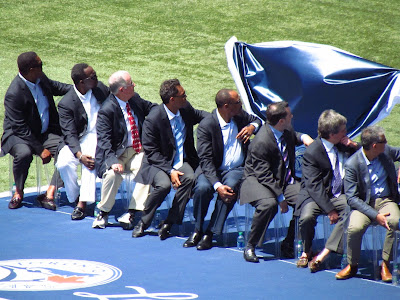 Broadcaster, Buck Martinez was the Master of Ceremonies for the unveiling of Carlos's name. 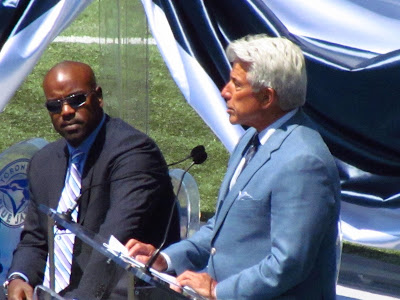 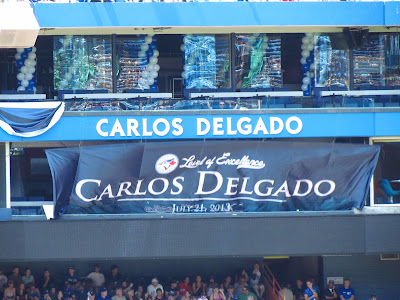 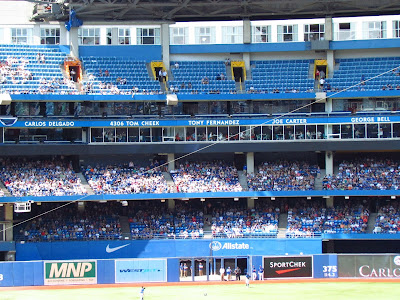 A painting and jacket were also presented to Carlos and he took the stand to speak. 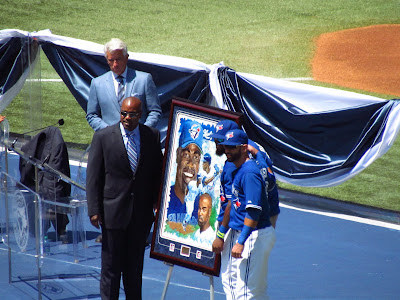 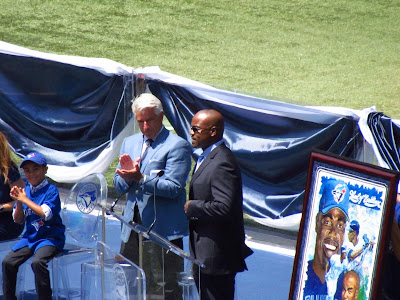 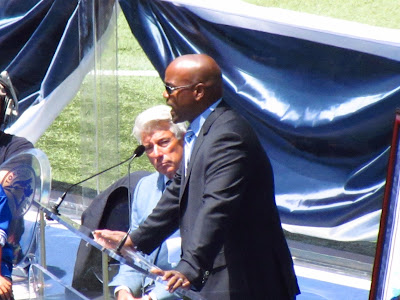 His speech was great, touching and had some humour I loved the part where he thanked the organization for sending him down to Syracuse (AAA) four times... The it was done, time to say good-bye and as Carlos said, "Time to play some baseball!) 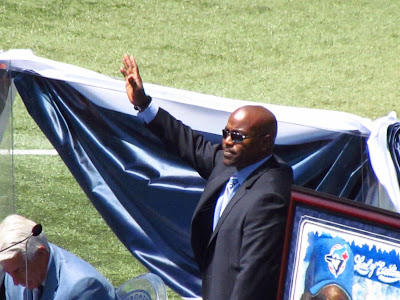 Thanks for all the great years, great plays, dedication and for being an all round great person in your years with us. You place on the Level of Excellence is well deserved!

Here I am with my Carlos Delgado commemorative ball. 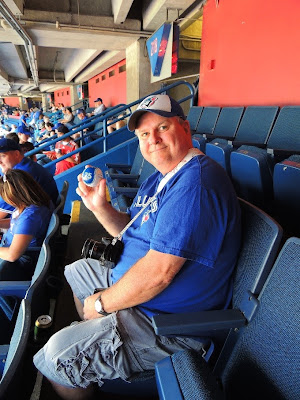