The Toronto Wine and Spirit Festival at Sugar Beach 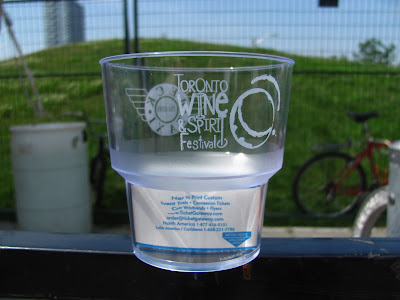 Toronto has so many things going on in the summer. At the same time it is great ... and not. How to choose?

When Teena and I got up this morning, we were going to go to the Beaches BBQ and Brews. We were there last year and it was great ... but the Toronto Wine and Spirit Festival was also on at Sugar Beach by the Corus building. What to do? What to do?

As you see above, the festival at Sugar Beach won out! 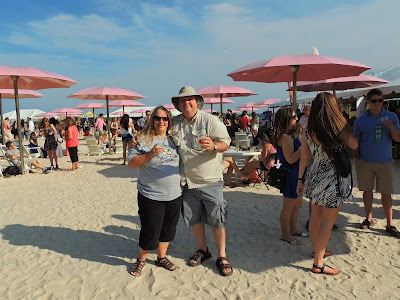 We got there when it opened and there wasn't very many people there.Perfect! No line ups for us! 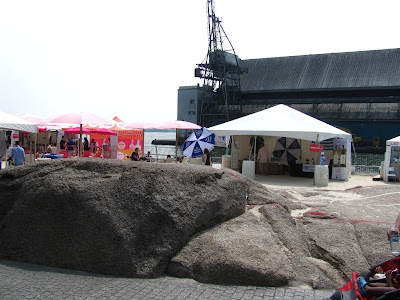 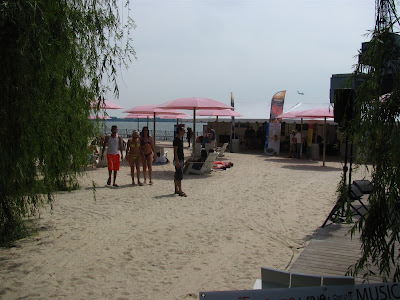 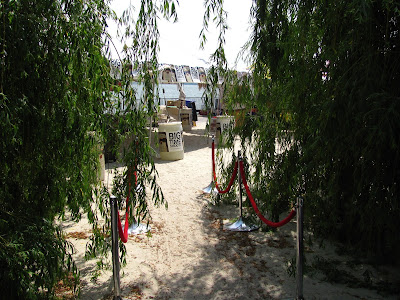 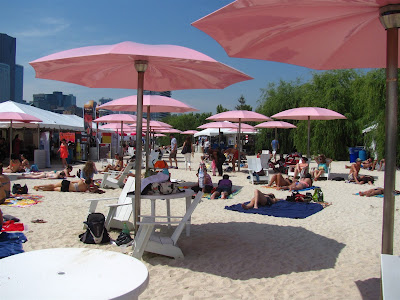 We had a chance to hit a few booths without crowds. Here is my first drink of the day, a San Miguel Pilsner from the Philippines. Interestingly it was sold at the Carib booth! It was good and I would buy it again. 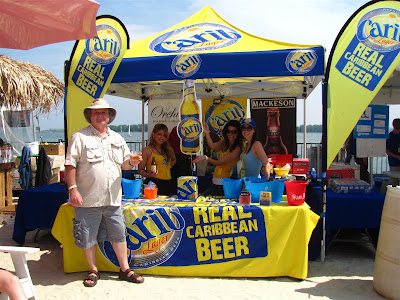 Teena's first drink was a new Smirnoff Cooler. She said it was OK but not much of a difference from their regular cooler but they offered the stingiest pour of the day! 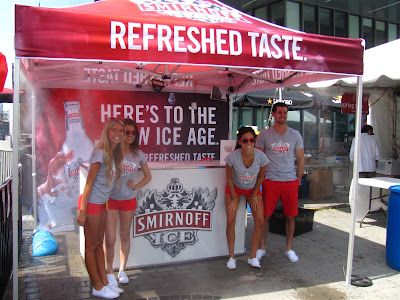 As there were few crowds when the show opened at three, the people manning the booths had time to mug for the camera! I am an Amsterdam fan and enjoyed their Orange Weisse. 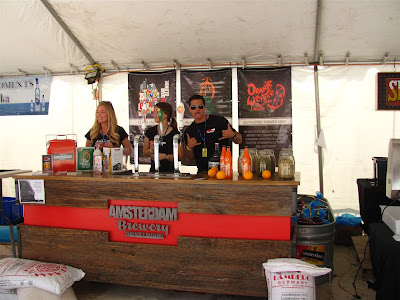 After an hour or so, the place started to fill up. 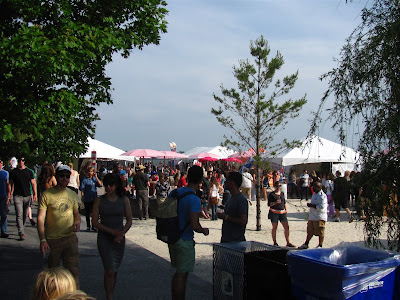 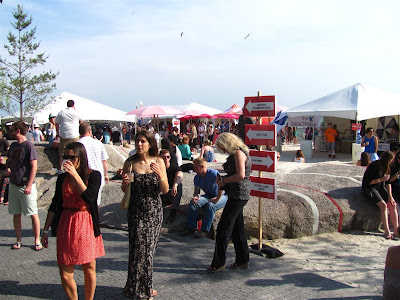 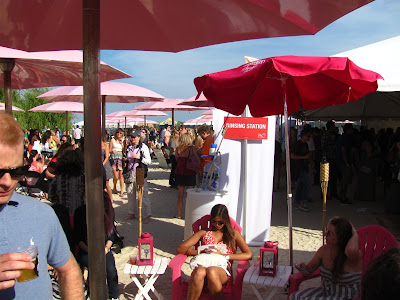 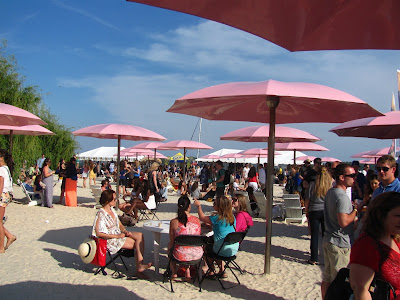 The entertainment was really good. Stacey R. Maroske had such a great voice and Jessica Bundy was very entertaining. 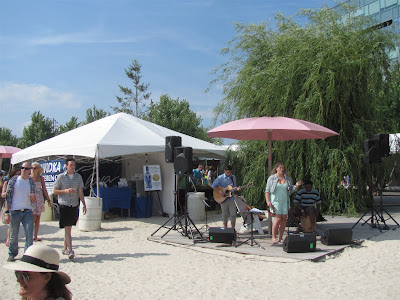 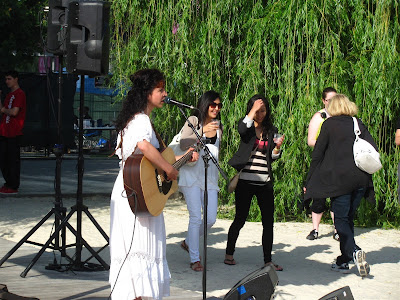 Drinks were also poured on the fly! 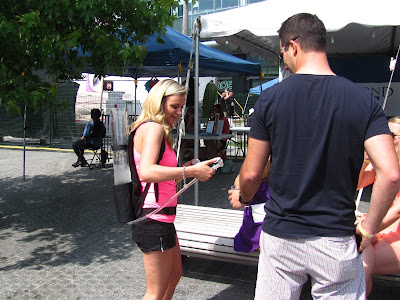 I had a platter from Spring Rolls for supper. It was fabulous. I even went back for more dumplings. Teena had a pulled pork sandwich which was so good, she went for another! 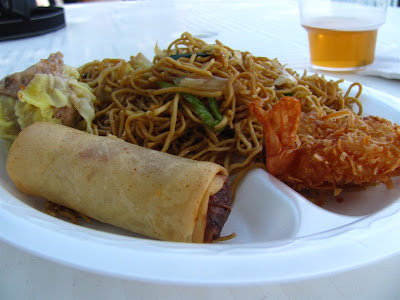 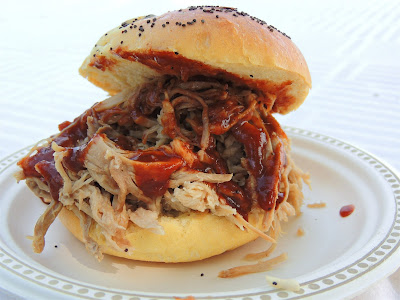 Although there was a cigar stand, this festival should be smoke-free. Not only do non-smokers have to smell it, but smokers feel the world is there ashtray. There were butts in the sand and on the walkways. 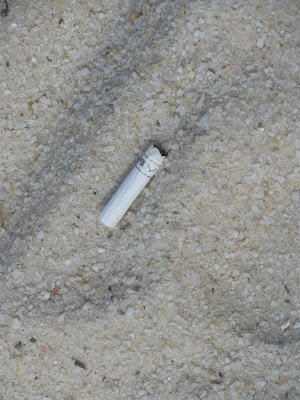 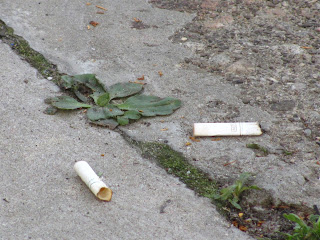 This dog was enjoying a great day on the lake. 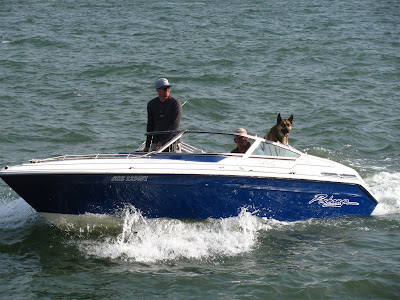 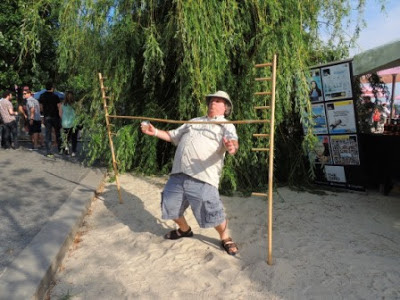 Teena took part in a toss game and won a granola bar. 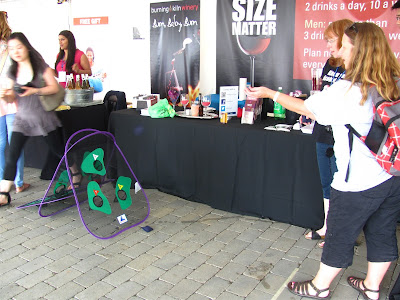 I liked the free cheese samples and went back more than once! 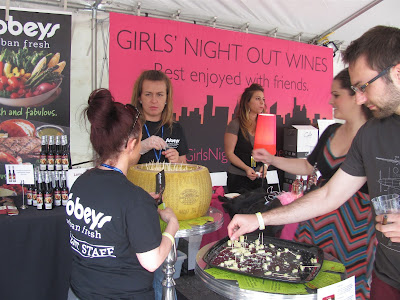 There was a huge lineup for the Smirnoff Sorbet Light. Teena found it too sweet. I did too! 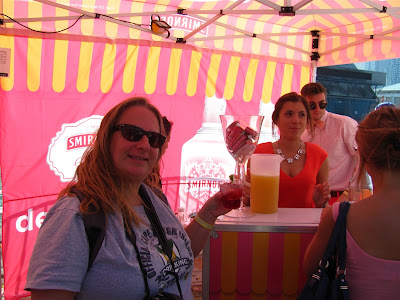 It was a great day. It seems that this show and the Beaches BBQs and Brews always run on the same weekend. Both are great. I guess we'll have to alternate years on these two events! 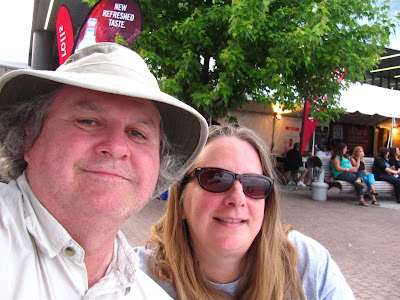 Hey!
Thanks so much for the great review and the awesome photos! I totally remember you guys singing in the audience! Glad you guys had a good time at the event!