Blue Jays Win 7th in a Row with an 8-3 Victory Over The Rockies! 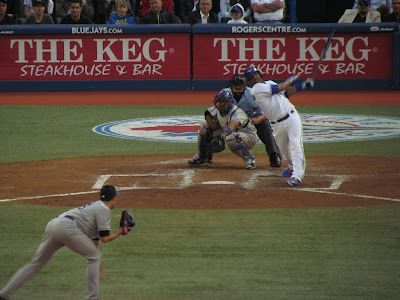 Tonight the Toronto Blue Jays extended their winning streak to seven games with an 8-3 win over the Colorado Rockies.

The Jays hit three home runs in the game on their way to a convincing victory. The picture above is Edwin Encarnacion launching the first home run of the night into the left field seats in the 5th inning.

Before the game as I walked to the ball park, I noticed the moon hanging above the stadium in the blue sky. I hoped it was a good omen and it was. 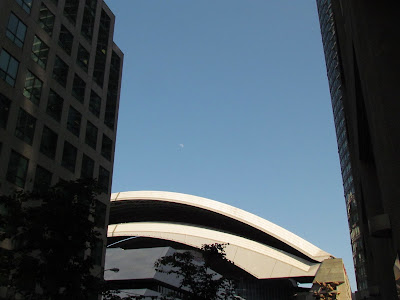 Getting stretched out before the game. 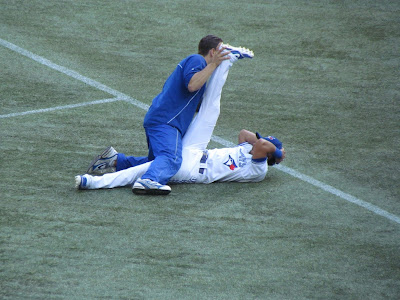 Yes, I had a little lens envy when I saw this guy 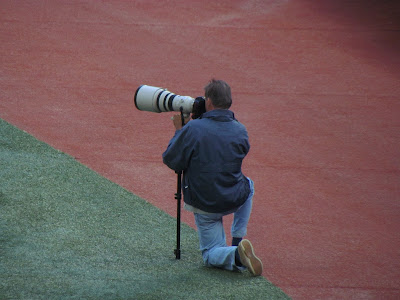 The first pitch of the night from Esmil Rogers. 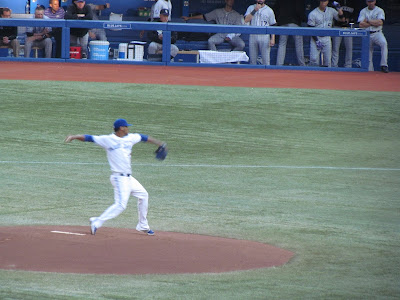 Toronto started the game off scoring four runs in the bottom of the first and never looked back. Esmil Rogers was phenomenal. Why is the picture below so significant? It's because Rogers pitched a no hitter for 5 innings! 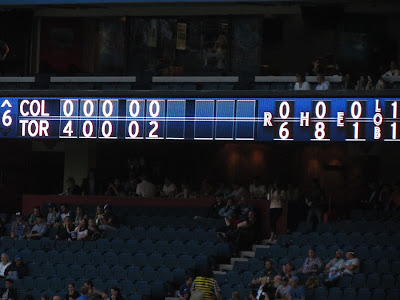 Rogers gave up a single with one out in the sixth to lose the no hitter and left in the seventh inning to a well deserved standing ovation as he headed to the dugout. 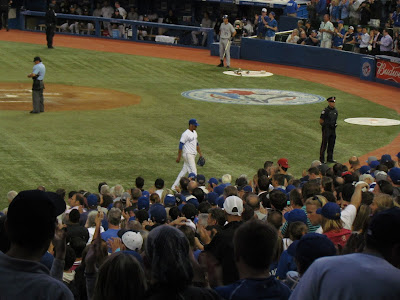 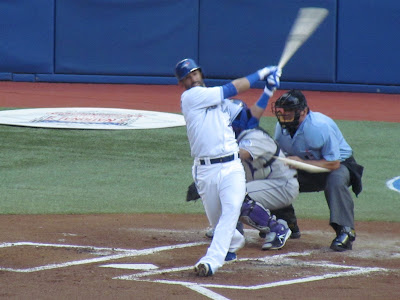 Adam Lind continued hitting well with an RBI single. Here he is fouling off a pitch. 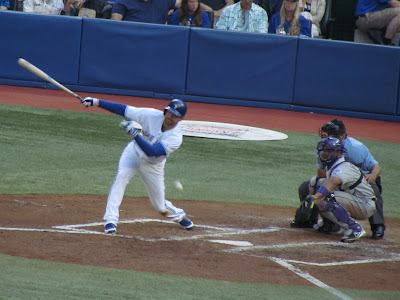 My seat was in the second deck of left field. Here is the view. 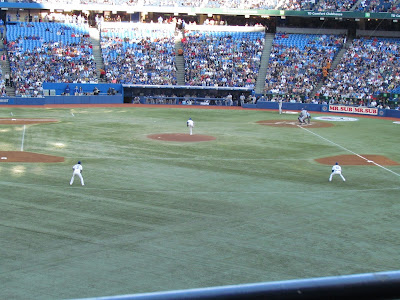 In the fourth inning I moved over to the Toronto Brew House in centre field. It's always fun there, plus a great place to get some shots. I caught the ball leaving  Jeff Francis hand and the ball in flight from Rogers to Arencibia. 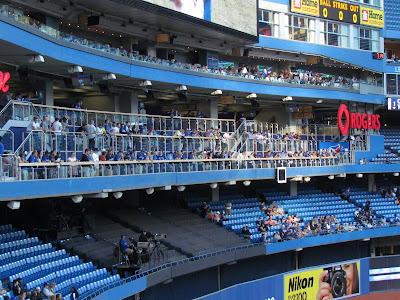 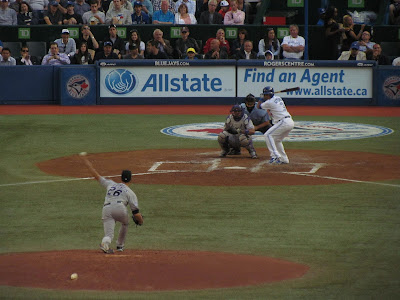 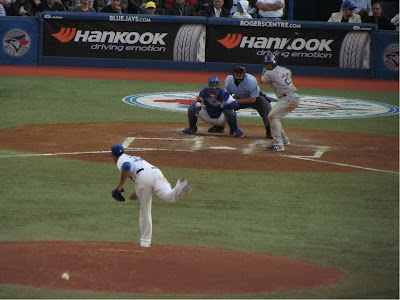 As the sun went down, the CN Tower took on an orangy colour. 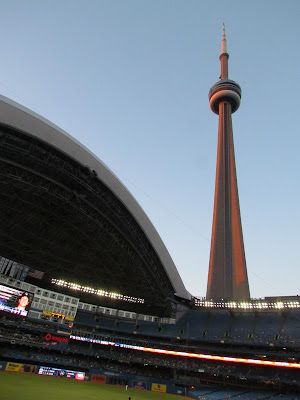 In the eighth inning Munenori Kawasaki came out as a defensive replacement to a huge ovation. He is a fan favorite. I tried but missed getting a shot of him bowing to the outfielders. 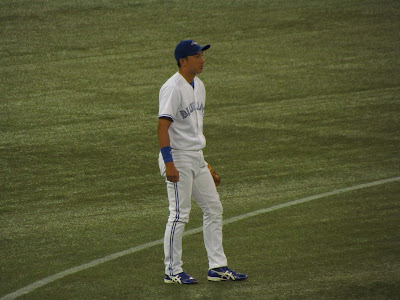 Steve Deabar throws the final strike of the night, a swing and a miss by Nolan Arenado. 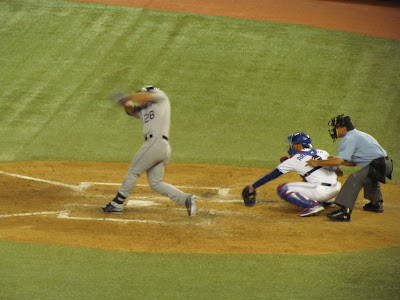 It was a fun night as always when the Jays win. This was my third game of the year and my third victory. I can hardly wait till the next game! 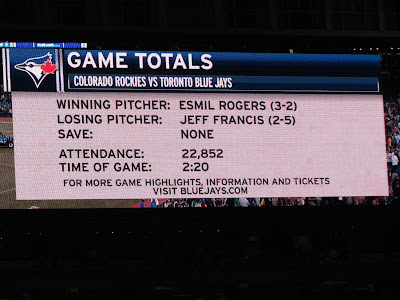