Beer of the Week - The Immortal IPA 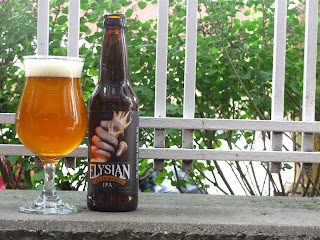 The LCBO did not go on strike, and I'm glad it didn't. Even though it is Ontario's liquor store, they also carry a fabulous selection of foreign and craft beers, and surprising, has a greater variety of beer than is sold by Ontario's "The Beer Store".

It would have been tougher to find new and exciting beers such as one I found this week on their shelves from the Elysian Brewing Company of Seattle Washington, The Immortal IPA.

Elysian Brewing Company was founded in 1995 by Dick Cantwell, Joe Bisacca and David Buhler. In 1996 they opened Capitol Hill Public House, a 220 seat beer hall and brewery. The brewery was and still is their main brewery.

I like the name but wondered what Elysian meant. According to Webster's Online Dictionary it means "Blissful, Delightful"

In 2003 Elysian opened a smaller brewery and bistro, Tangletown that seats 80. The brewery here is used for brewing and testing new beers.

You likely have heard the term, "location, location, location" which is extremely important for a pub, bar or restaurant to be successful. Well in 2006, they opened a pub, Elysian Fields, right by Seattle's two biggest stadiums, Qwest Stadium, home of the Seahawks (NFL Football) and the Mariners home, Safeco Field (Baseball). Elysian Fields seats 400 and has 40 taps which pours 18 house brewed beers and some guest beers.

Guess where I want to go if I ever get to Seattle? 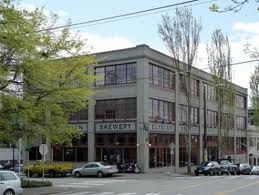 The Immortal IPA, according to their website, is a  "Northwest interpretation of a classic English style". I am looking forward to this as I love west coast style IPA's. They go on to say The Immortal uses Chinook hops in the brew which is finished with Amarillo and Centennial hops.

According to Freshops, Chinook hops give a taste of  a "pine forest washed with exotic spice and infused with grapefruit. Amarillo gives a "flowery, citrus-like aroma with medium bittering value" and Centennial hops have "Flowers & citrus most evident. A medium aroma with mid to high bittering value"

Time for a sip!

The beer pours a little cloudy with a light coppery shade.It has a nice citrusy aroma that makes me quite ready for my first sip...which is disappointing. It starts with a light citrus bitterness which kind of lasts and not much else. It has a general light watery mouth feel for a 6.3% IPA. Nothing jumps out at you.

I can't say I dislike this beer, there is nothing here to dislike... or like. It's just disappointing. At least I won't have to choke it down when I drink the other five.