Walking Tour - Occupy Toronto: The Original Version, The American Occupation of the Town of York 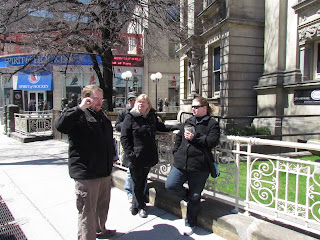 Yesterday Teena and I went did a walking tour of The Battle of York with Richard of Muddy York Walking Tours. It was cold and windy but enjoyable. Today we were back with Richard for a walk cleverly called Occupy Toronto: The Original Version – The American Occupation of the Town of York.

It was a nicer day, a sunny day, and once again Richard was entertaining in telling us the tales of what happened during the American occupation of our city. Just six of us were in the tour which made it a lot more intimate and allowed for lots of questions, answers and more stories from Richard.

We met outside the Hockey Hall of Fame at Yonge and Front. Richard started with a ghost story from the building before turning our attention to the south east corner, which used to a dock on Lake Ontario where the British were building the HMS Issac Brock when the Americans invaded. The British burned the ship before leaving town. 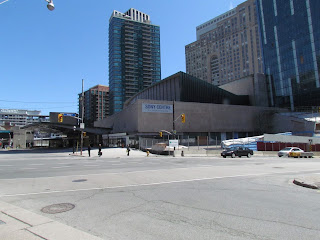 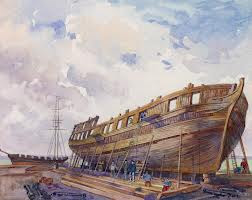 We walked for a bit and stopped by Berczy Park on Front Street where Richard told us the story of John Ewart, who came to York after the War of 1812, but was significant in designing many of the buildings after, including the third Parliament Buildings. I have to do some research on him. He sounds interesting. 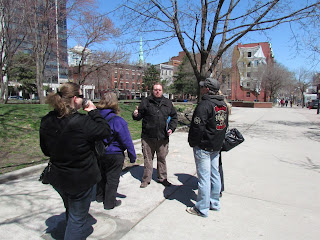 After a brief stop in front of the Gooderham and Worts Flatiron Building, we walked over to St James Cathedral, which was the location for York's (Toronto's) first church which was a log structure back in 1813 and was looted heavily by the American occupiers. 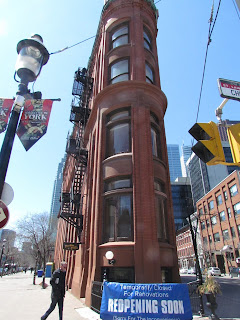 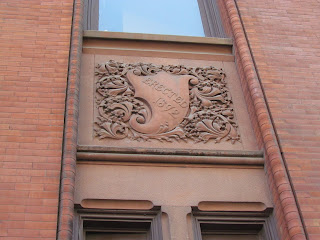 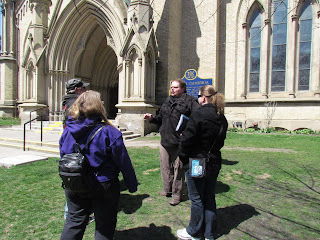 Richard seems to know where all the bodies are buried in Toronto. At the northeast corner beside St James Cathedral sits a mass grave from 1832-34 which holds the cholera victims who died during the epidemic. They are still there. In the north east corner of St James Park is the unmarked grave of Sir William Campbell former Chief Justice of Ontario and was in charge of a serious treason trial in 1814 which resulted in the hanging of 8 men. 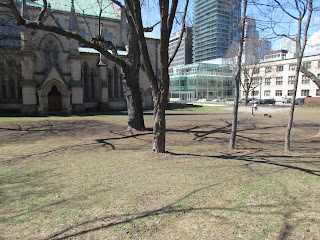 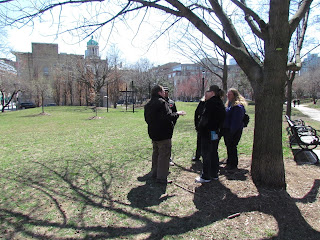 Here's something I didn't know. King St is named after King George III, the King of England during the War of 1812! 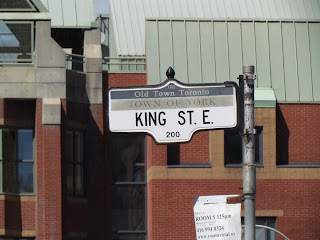 This building was built in the 1870s and started life as a hotel. Before that it was a schoolhouse, where John Strachan, who not only headed the only church in York, taught. Strachan was key in negotiating the surrender of York after General Sheaffe left with all the troops and was instrumental in the return of many goods stolen during the invasion. 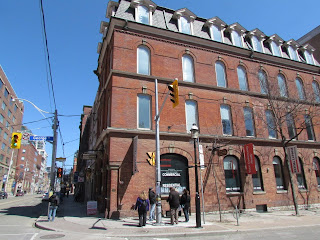 After a few more stops we ended where stood our first Parliament buildings before being burned down by the Americans. We got even though, burning down what is now called the White House in Washington a year later. It currently is half car dealership and half museum. We went in and watched a film of the archaeological dig that was done in 200 before this building was built and looked around at all the artifacts.

Teena was taking to the guide and found they only have funding to 2015. This is the site of our first parliament buildings! Should there not be funding for something more permanent from the federal, provincial and city governments. Sometimes we really neglect where we came from! 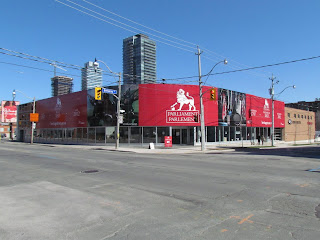 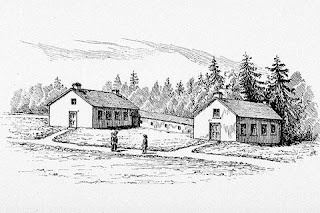 I found the artifacts interesting. This is a mortar. 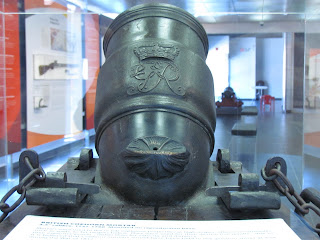 Here are some nails found in the dig and something they asked you to guess about. I have no idea what it could be. 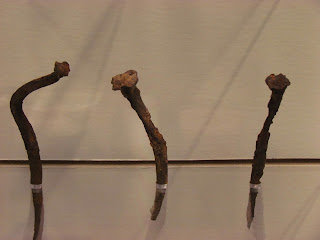 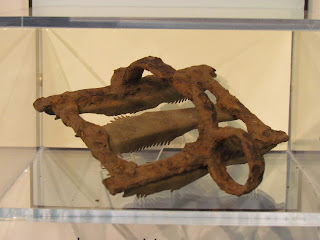 Finally a presentation sword given to Lt. Colonel Battersby in 1815 for commanding a regiment for the entire war and the the wedding ring Sir John Graves Simcoe put on his wife, Elizabeth's finger when they were married in 1782. I find it extraordinary to have that in the collection. 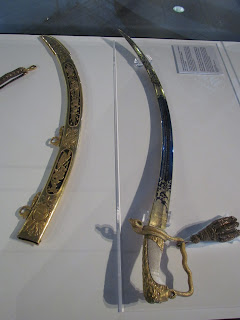 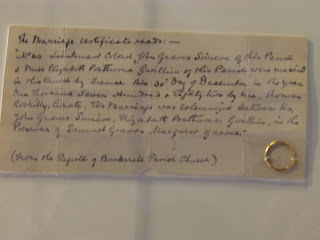 It was a fabulous afternoon. Thanks, Richard!
Posted by Swordsman at 16:00