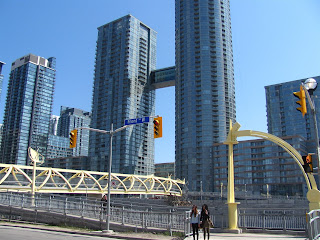 I have watched Concord CityPlace being built and find it an ugly glut of overcrowded jammed together condo towers. There is not much that is visually appealing about it, except maybe that high suspended section that links two towers together and the bridge over the railroad tracks called Puente De Luz Bridge or the Bridge of Light. 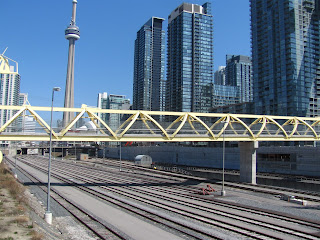 The bridge was opened to great fanfare early in 2012 but closed quickly over safety concerns of people tripping or catching themselves on jagged edges of the mesh that closes in the bridge. It was quietly reopened in December 2012 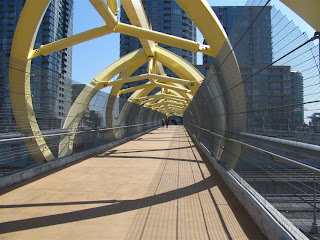 Here is the view from the bridge looking west. 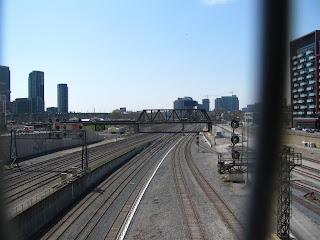 Once across the bridge, here is the view looking east towards the city. 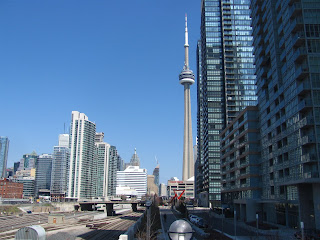 CityPlace looked pretty uninspired so we never left the bridge and just turned around and recrossed back. Since it was built for some reason I had wanted to cross it. That now is done, and I see no other reason to wander over to ugly old Concord CityPlace
Posted by Swordsman at 23:13