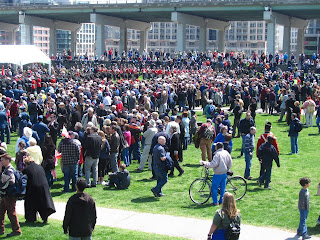 Today was the 200th anniversary of the Battle of York and after doing the battlefield tour, Walking in Their Footsteps, Teena and I stayed at Fort York for the commemoration ceremonies.

An hour-long ceremony of remembrance will take place at 1:30 at Fort York National Historic Site in the presence of re-enactment units representing those who fought during the Battle of York, representatives of the Royal Canadian Navy and Canadian Army, and four First Nations. A commemorative ceremony from 3 to 4 pm will focus on the dedication of a new memorial plaque to honour the contribution of First Nations during the Battle of York. The dedication will be followed by singing, dancing, and drumming performed by descendants of those who fought in the battle. The rededication of restored plaques presented in 1934 will take place in the presence of the original organizations—the National Society United States Daughters of 1812 and the Imperial Order Daughters of the Empire.

The fort was jammed with people which was great to see. I love that people have pride in our city's past. 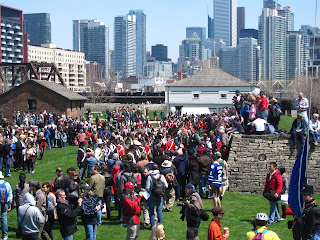 Troops came marching in for the 1812 and modern era, plus reenactors  dressed as native warriors 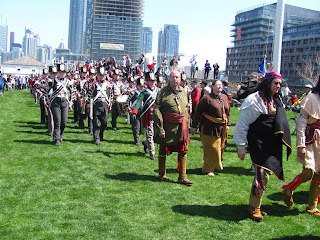 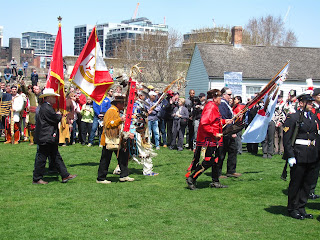 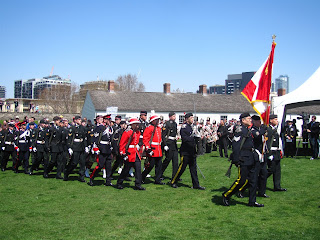 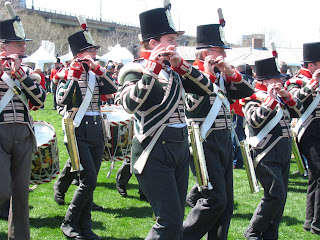 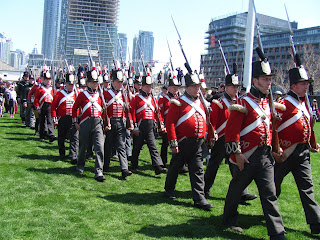 I loved the commanders sabre! 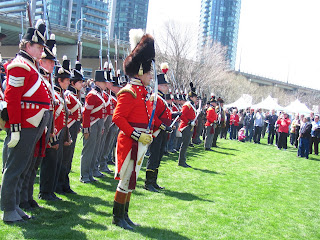 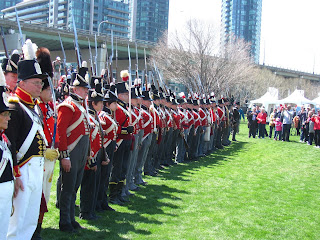 The problem was that the way the small stage was set up, plus the military lined up in front of us, we could hardly see the stage plus it was impossible to see the dancers. 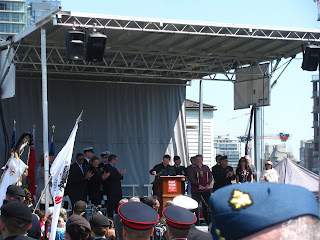 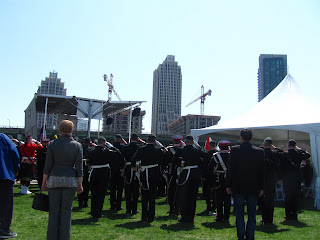 So we left and walked over to Victoria Square. It is home to Toronto's first cemetery and we heard there were wreaths laid at the base of the statue to the forgotten soldier. The military parade had passed by earlier and saluted the wreaths and the men of the 48th Highlanders who pay tribute every April 27th to that fallen that day. We met the men of the 48th at Bar Wellington. They were good guys. 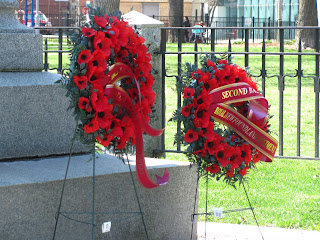 It was long day but a really good one!
Posted by Swordsman at 21:00