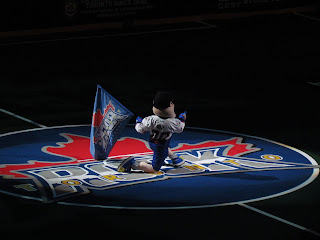 This afternoon the 8-3 Toronto Rock were taking the 7-5 Edmonton Rush at the ACC in NLL action and, of course, Teena and I were there. It looked to be a great game with Toronto sporting the best record in the league and Edmonton on a 4 game winning streak.

The problem was that the real Toronto Rock did not show up.

I did! In fact here is a double shot of me early in the game on the big scoreboard. No, I don't get anything for this but it is so fun to see! 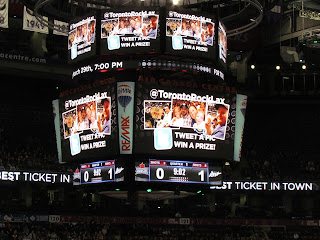 The closest the Rock were all afternoon was with a little over 3 minutes left in the first quarter they were behind just 3-2. That was before the Rush went on a streak scoring 6 goals in 7 minutes to be leading the Rock 9-2 before even 5 minutes were gone in the second quarter. 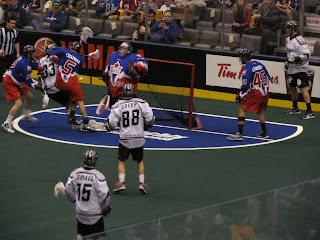 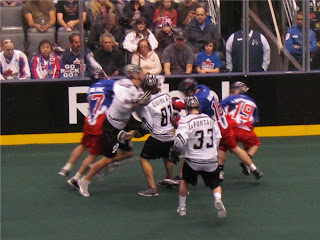 The Rock had pulled goalie Rose after the 8th goal and popped in a couple of their own goals to be behind 9-5 at the half. Over all their play was sloppy, to use Teena's word for them. They missed passes, were constantly missing the net, even on breakaways, and were completely out hustled!

The Toronto Rock Cheerleaders, kept the crowd in the game. 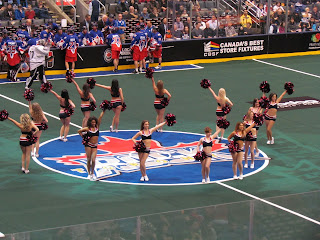 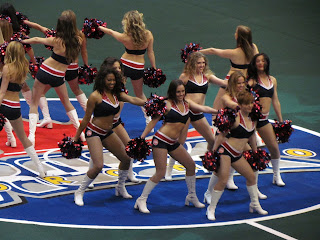 There also was a pizza box race, with the winning row winning a pizza for every person in the row! 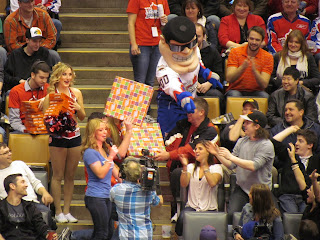 The second half did not start well with the Rush scoring 2 goals in less than 4 minutes and had their 7 goal lead back in less than 7 minutes into the third quarter. 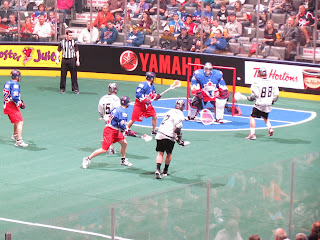 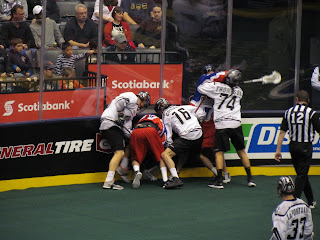 Edmonton dominated us tonight, even in the fight! 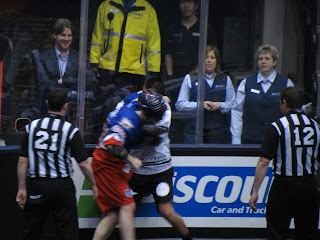 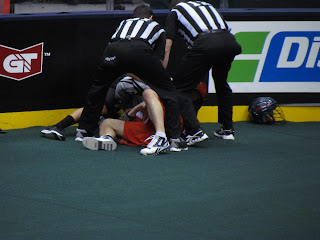 They still lead their division and now Edmonton leads the west. These two teams could possibly meet in the championships. If they do, hopefully the Rock will be more ready for them!
Posted by Swordsman at 18:00