A Trip to the Junction Brewery 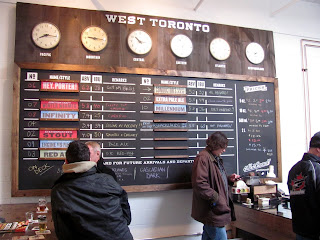 Teena and I are members of the Toronto Beer Lovers group. We have done a couple of events with them in the past and they were fun.

We have been wanting to get out to Junction Craft Brewing since it opened a month ago, and since the group had an event planned for there, we decided to go. 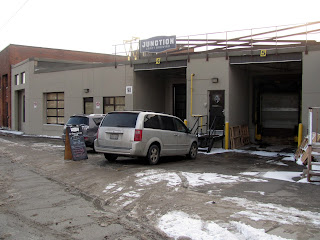 The place is very unassuming from the outside but great on the inside. 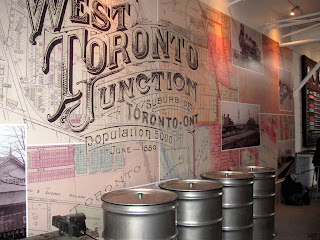 As the location is in the Junction, hence the name, the place is decorated with a railroad theme.

The Junction Triangle is a neighbourhood located in West Toronto, Ontario, Canada, roughly in the area of Bloor St., Dupont St., Lansdowne Ave, and Dundas St. West. The "triangle" shape of the neighbourhood is formed by the three sets of railroad tracks on the north, west, and east sides. 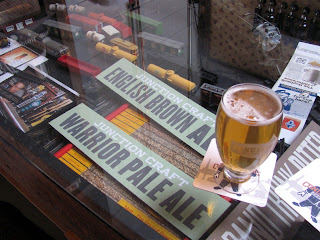 The staff there was friendly, easy to talk to and looked after us well. As it is a brewery and not a pub, you can buy 2 oz or 10 oz glasses of beer, plus beer to go. I was in a hoppy mood so stuck with the pale ales.

We didn't get a chance to meet and talk to everyone but had a great time. Michael was the organizer tonight and we spent a long while talking to him. Mike is into beer and coffee, both topics that I have written about today, and has his own blog, Chaos in Moderation. I love the name!

We also met Doug Pengelly, the head brewmaster , he recommended the Extra Pale Ale for Teena after she explained to him the type of beer she enjoys, and she really enjoyed it. Then we had a long conversation with Jason who is a brewer there and created my favorite of the night Shacklands Pale Ale, a nicely hopped pale ale. The brewery has a small brewhouse for the variety of beers they offer and Jason explained the efficiency of their process. 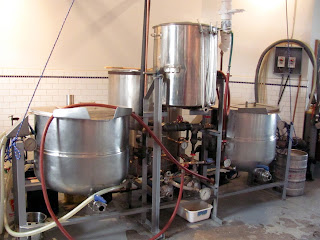 It was a fun time. Unfortunately we took transit to get there and had a walk ahead of us so I didn't bring any beer home with me.

I do see a drive to the Junction to pick up some beer though in my future. 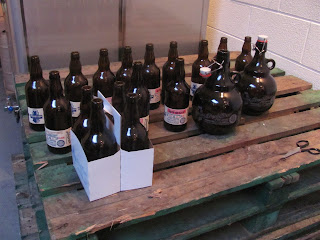