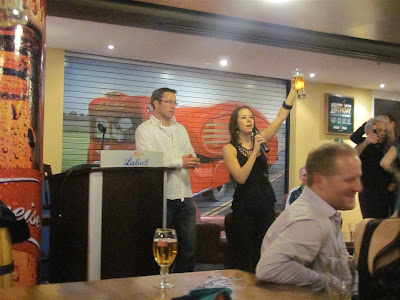 Tonight Teena and I went to our first East Coast Connected event, held at the John Labatt Room at Queens Quay. Teena is originally from Nova Scotia. Tonight's event was to raise funds for the Ward 5 Community Centre in the North end of Halifax.

East Coast Connected believes that Atlantic Canadians who have moved away are still, at heart, Atlantic Canadians. More than that, we believe that they are still a valuable resource for their home provinces – whether you’re talking about investment opportunities or fundraising for your former local charity, this diverse group of people is full of passion and goodwill.

Since 2007, East Coast Connected has been a forum for discussion, dialogue, networking, and informal mentoring. We aim to take advantage of the momentum generated since our inception. How? By channelling the energy of our members into doing good work, and by reaffirming our role as a key professional networking hub for Atlantic Canadians.

It was a fun night. To encourage people to come early, there was free beer from 7:00 to 8:30. We arrived around 7:30 and still were the first there. To some this would be embarrassing. To me, it meant it was easier to get to the bar for free beer. Not many took up the free beer offer. 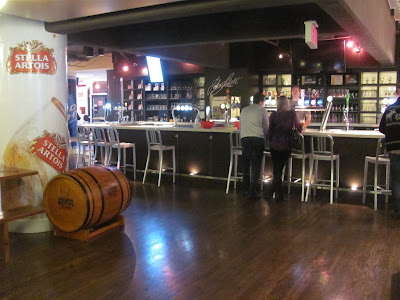 The room is used as a pub for Labatt employees after work and is beautifully decorated. Every employee has their own beer stein. The room and all the beer was donated by Labatt's for the night. 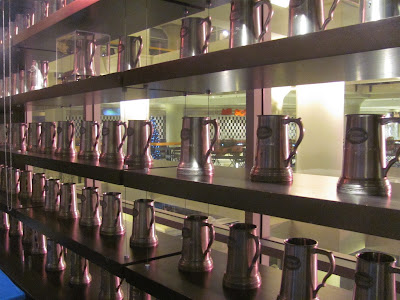 People in Toronto don't like to show up anywhere till after 9 pm and tonight was no different. 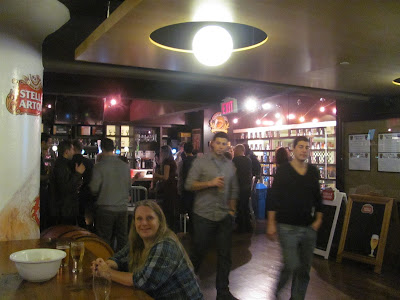 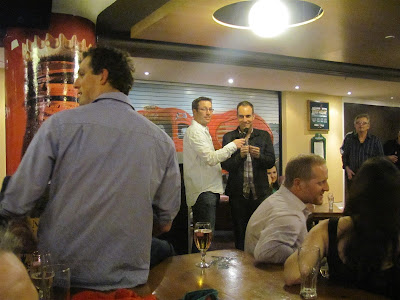 It was a fun night. Many thanks to the organizers that put this event together and to Labatt's for generously donating the room and all the beer.