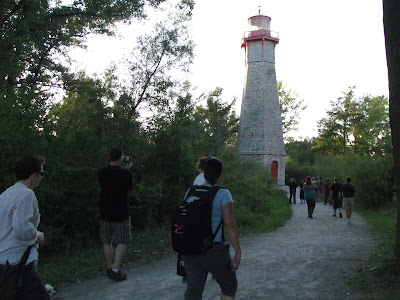 This evening Teena and I went for a tour of the Gibraltar Point Lighthouse on Toronto Island.

I have been looking forward to this for awhile as we always see it during harbour tours and know that the lighthouse is kept locked. Richard Fiennes-Clinton from Muddy York Walking Tours arranged for the doors to be unlocked for two small groups. We were part of the second group.

Now many of you might think this is boring or dorky but Teena and I both have a keen interest in Toronto and this is Toronto's oldest standing building and besides ... how many times does a person get a chance to visit the top of a lighthouse!? 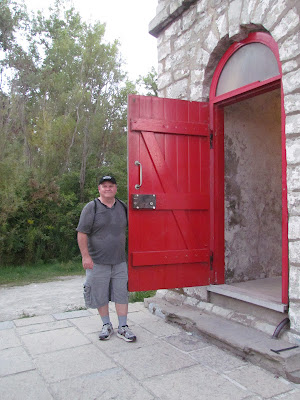 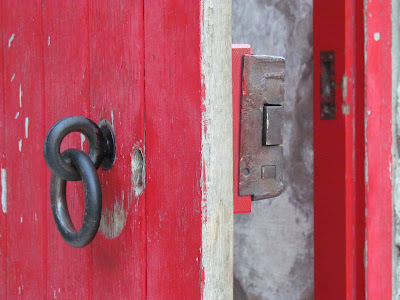 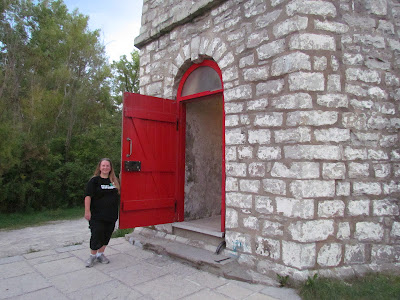 The lighthouse light was lit for the first time in 1809 and stood 16 meters high (52 feet). In 1832, the tower was added to raising it to a total height of 25 meters (82 feet). You can see the difference in the style of the brickwork from where the tower was raised. I find it interesting that 9 meters (30 feet) could make that much of a difference. 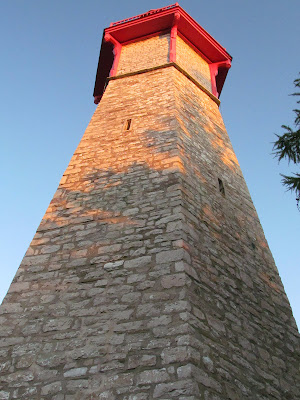 I always wondered why the lighthouse was built so far inland on the peninsula from the lake but learned that when it was first built, it was at the water's edge. 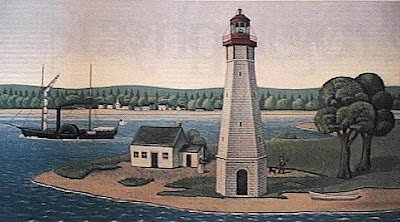 Sand built up over the years so now the lighthouse rests 170 meters (550 feet) from the nearest shore of Lake Ontario and 380 meters (1200 feet) from the point! Here is a painting from Robert Irvine, a soldier active in Canada painted around 1816 and the same view shot today. 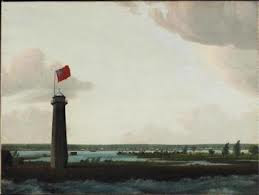 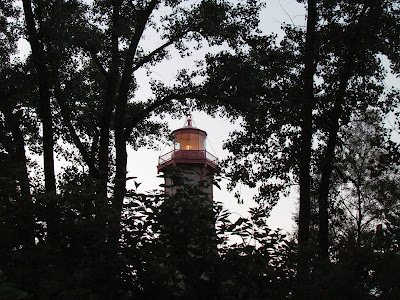 Here is a shot from behind the other direction. 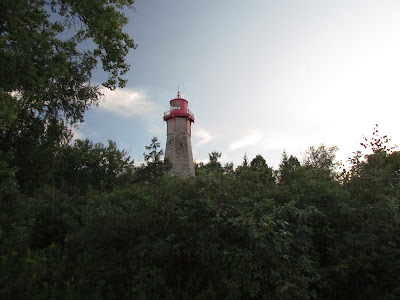 Richard told ius the story of  the murder of the very first lighthouse keeper, J.P. Rademuller. Not only did he keep the light going but was a known brewer. There are many versions of what happened that evening. One said soldiers came over from the fort accusing him of watering the beer, another is a couple of soldiers came for beer and were denied, but in the end the one thing that is known is that Muller disappeared and was never found.

Subsequent lighthouse keepers were said to have seen him wandering around the grounds, heard footsteps in the lighthouse and told of lights mysteriously turning on and off. Teena and I never spotted him tonight. 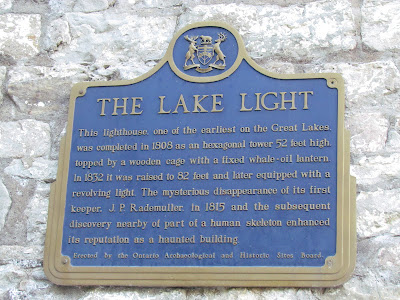 We went up in groups of six as it is quite small and cramped at the top. Everyone seemed to hesitate so Teena and I were the first ones through the door and up the long, thin, windy staircase. 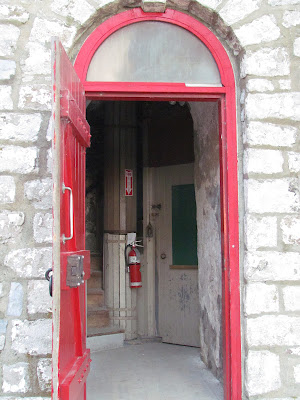 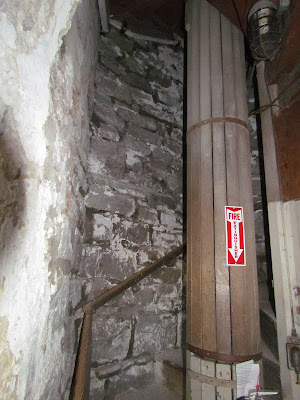 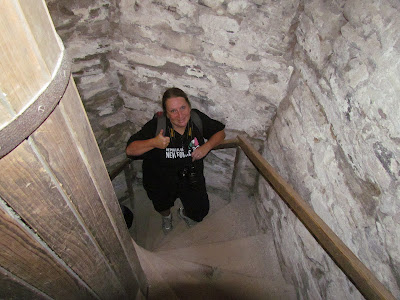 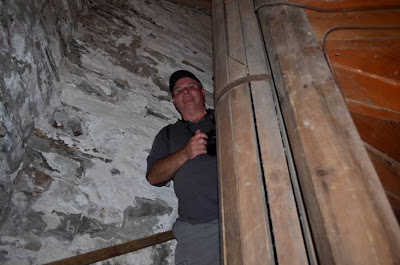 The final ladder at the top was very cool. Tours of the lighthouse are very very rare.  In fact, it took two years for Richard to arrange this. So when I saw how worn the final ladder was, I knew it was the wear from 124 years of lighthouse keepers climbing this final section, night after night. 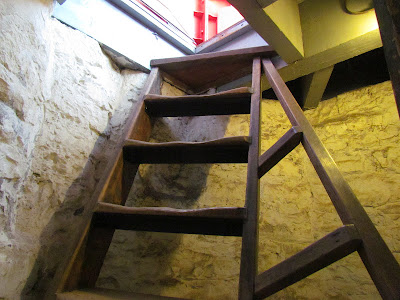 And then we arrived! 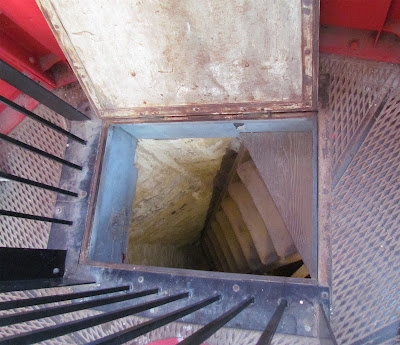 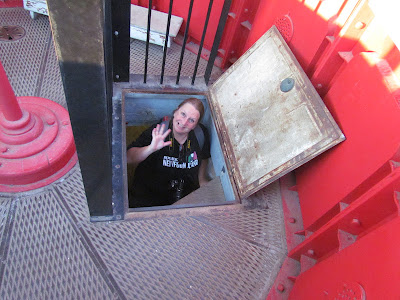 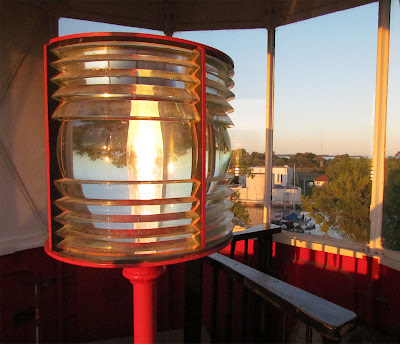 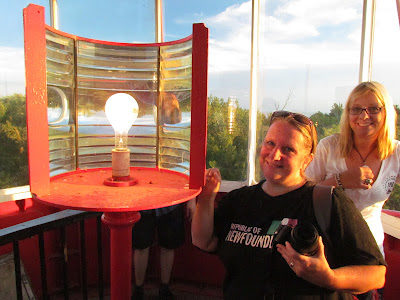 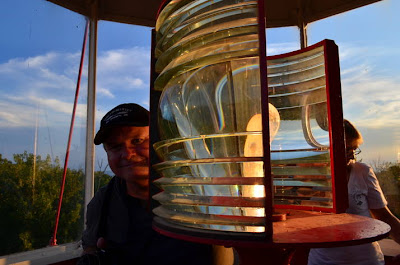 There were some cool views but too many reflections to take a good shot. This was the only one I got. I love the lighthouse reflection on the trees. The other was taken with Teena's camera ... of us! 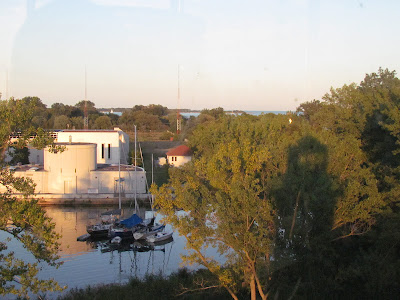 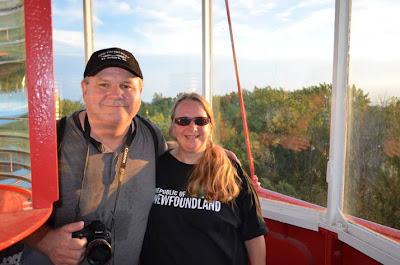 It was a short visit to the top as we had many people behind us anxious to come up. We were at the top maybe 10 minutes. It was hot, humid and such a fabulous experience. Thanks, Richard, for making this happen. It was fabulous. We have been on a few of his walks before and they all are great fun.

I swore that when I go to a historical place that I will try a couple of shots in sepia and black and white to try to capture the historical feeling. The sun was going down and the light was getting bad but here are two of my best. 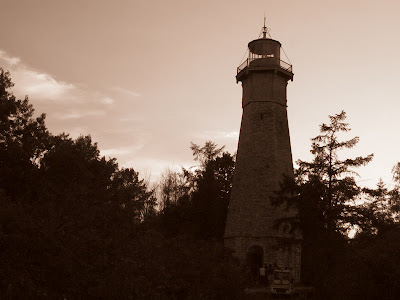 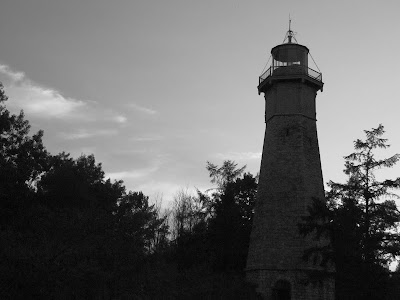 Lightkeepers of the Gibralter Lighthouse 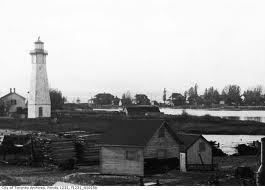