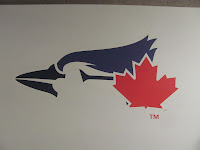 Teena graduated in 1983 from St. Francis Xavier University (St. F.X.) in Antigonish, Nova Scotia. The university has a very strong alumni chapter here in Toronto, in fact this year they one the Alumni Chapter of the Year award!

Tonight they held a Toronto Blue Jays event and, to show how strong this chapter is, 86 showed up. The majority was alumni and there were some, like me, who were happy tag-alongs.

It was a fun night which started in our own private room at the Loose Moose with a meet and greet, lots of food and, of course, Keiths IPA by the pitcher.The get together was great and Teena and I met a lot of great people the hour and a half we were there. 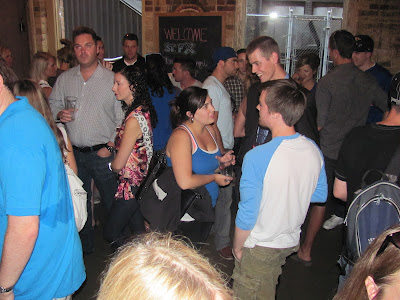 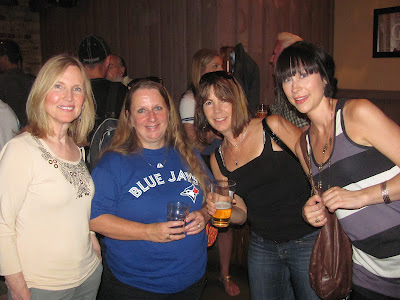 Afterwards we all headed over to see the Blue Jays take on the Tampa Bay Rays. The Jays were fully supported by the 80+ in our section and they did not let us down. Villanueva, the Blue Jays pitcher, was great striking out 7 and just giving up 5 hits in his 6 innings of work.

22,711 fans did not see a lot of offense as the Jays scored 2 runs in the bottom of the first for the only runs of the game. After that it was a gripping pitching duel as the Jays came out in top 2-0.

I must say I was very impressed by the organization and execution of those that put on tonight's event. I have been to much smaller events that were chaos.  We had a chance to talk to Dave during the game and learned much of what the Toronto St FX Chapter does.

Thanks to those that arranged this event, the Blue Jays for putting on a great show, and to all the friendly people I met at the bar, in the seats and in the beer line-ups.

This "tag-along" felt welcomed and had a great time!

Of course there are pictures ... all taken with my Canon SX120 point and shoot. Who says you can't take great shots with this camera!

I have heard many people talk about how pitchers always are injured in their career. Here is a reason why. Look how his arm is bent so out of shape as he fires his pitch. I am proud to capture this as I did not use "sport" mood" or continuous shooting. This is just one single shot! 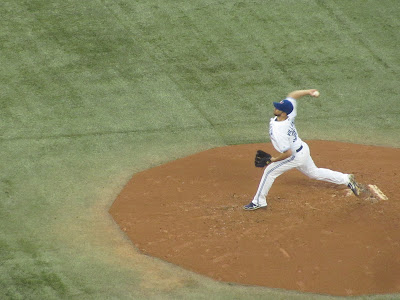 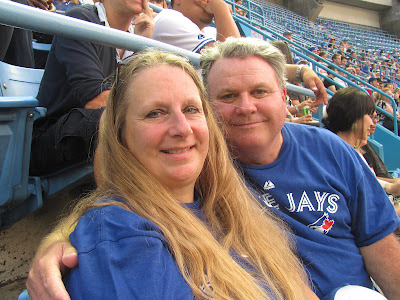 A plane went over as the sun set. The colours were very cool which I tried to capture with limited sucess. 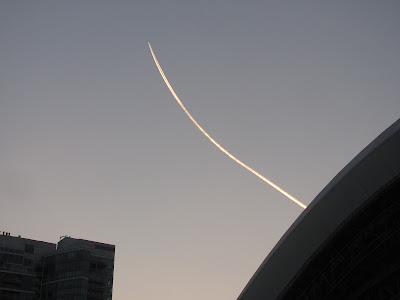 Here Edwin Encarnacion had a great swing. Look at the ball leaping off his bat. Sadly it went straight to centre field and was caught with mere feet to spare. A little left or right and we had a home run! 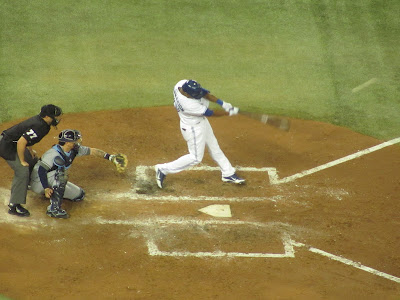 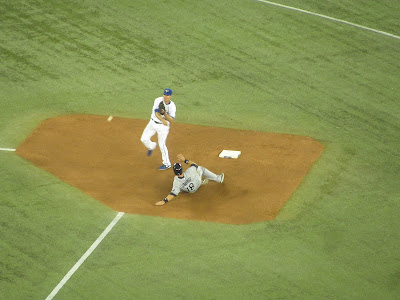 A night shot of the CN Tower from our seats. 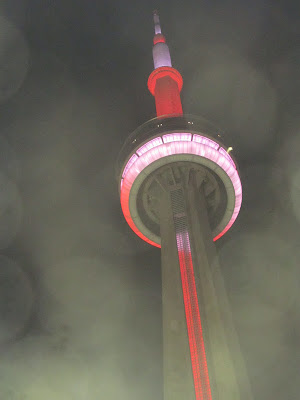 The Jays congratulate each other on a well earned victory! 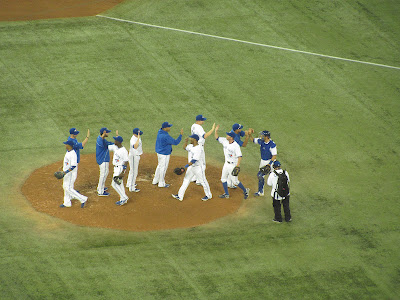 Thanks again for all the people from the Toronto chapter of the Alumni of St. F.X. for putting this on. Happily I married into this group and look forward to many future events!
Posted by Swordsman at 21:55