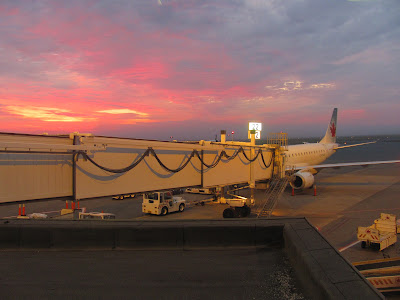 Isn't this a beautiful Sunday morning Halifax sunrise. I took this from the Halifax airport at about 5:30 this morning. Problem is we were not supposed to be there this morning.

Here is what was to happen. Teena and I fly out from Toronto to St John`s NFLD yesterday, getting in around 5 PM, experience the George St festival, sleep in Sunday morning and fly to Saint Pierre at 5 PM today.

Except there was fog in St John`s. Nothing was going in, and nothing was going out. A couple of flights before us were diverted,  one to Deer lake the other to Gander. We were to fly out at noon, but at 2 PM the flight was cancelled. 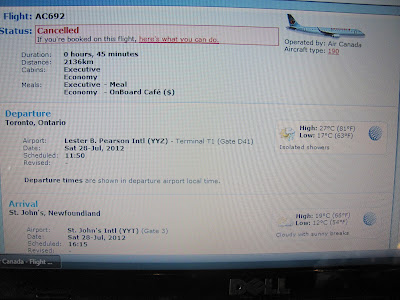 This is a nice room at the airport in Halifax, but not the one we had expected to be in. 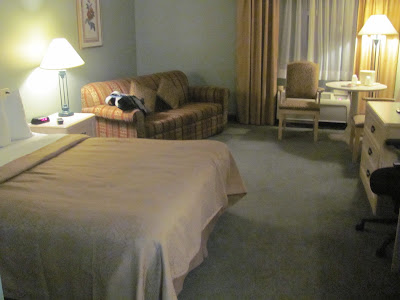 So we had maybe 3 to 4 hours sleep and were up bright-eyed and bushy tailed at 4:30 to head to he airport to fly to St John`s at 6 AM. and yes, the weather cleared and we arrived safely in St John`s. Problem was, we still had our bags and no where to store them. Saint Pierre Air did not open till 2.

Solution? We went to the Delta where we are booked to stay from Wednesday to Sunday  and they happily stored our bags for us.

Thanks to Air Canada for being so co-operative and helpful (I also have a problem with somebody else who has been evil with Air Canada and has my same name, so I have had to go through more than a few clearances). People crap on you but you have been great.

Also thanks to the Delta Hotel for looking after our bags. You saved us from hauling a couple of suitcases around. 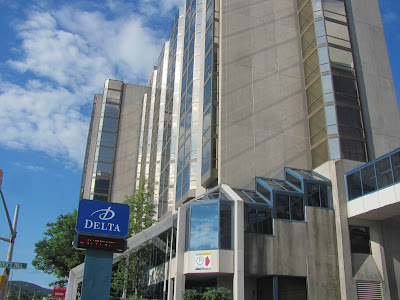 Although exhausted we had a great day in Halifax. We ate, drank and experienced a part of the Rock in a short period of time. More to come on that. 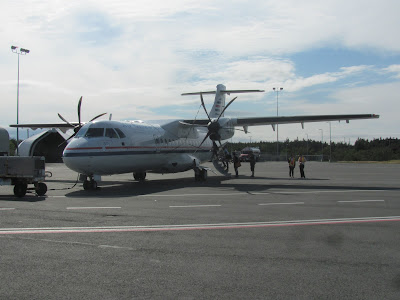 Now it`s 7;15 Saint Pierre Time. We've arrived, finally! YYZ to YHZ to YYT to FSP, all in less than 24 hours, and yes, it is very, very French. We are in a totally different country! 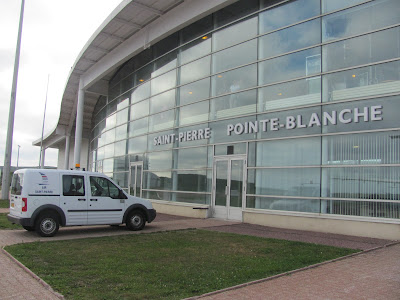