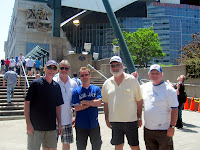 This afternoon my son, Ken, and my friends, Kevin, Alfred and Craig, headed down to the old ball yard to see the Toronto Blue Jays take on the New York Mets. The Jays have been hot and cold this year but came into the game on a three game winning streak.

It was a gorgeous day, which we started on the patio of the Town Crier Pub. We were supposed to meet at the Corned Beef House but some some reason they don't open up for lunch on a Saturday when the Jays are playing at home. No matter the food, beer and sunshine were all excellent.

We sat in the third row of the 500 level by first base. The Roger's Centre was pretty full as 34, 982 were in attendance. It was a fast game which took only 2 hours and 12 minutes to complete, typical of a pitching duel. The Jays scored two runs in the bottom of the fifth and won the game 2-0 to extend their winning streak to four. Brandon Morrow, a favorite of Ken's, as they both have diabetes, threw a complete game shutout.

Afterwards it was to Hooters for beer and nachos.

All in all, a great afternoon. Here's some pictures. 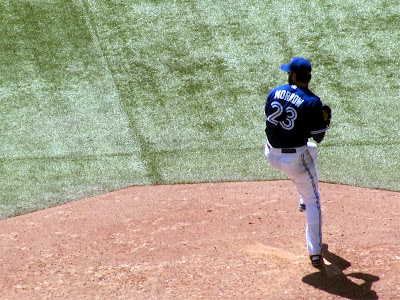 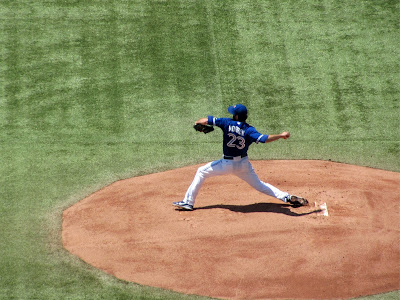 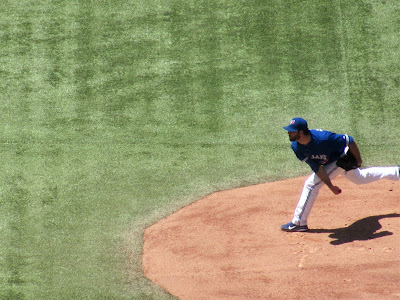 This guy was funny. He would read while the Mets were up to bat and only watch the game when the Jays were up. 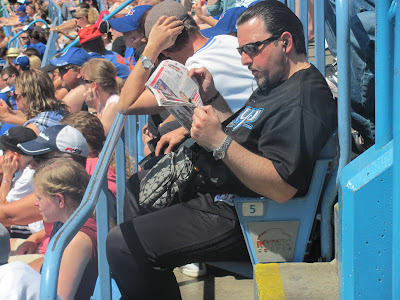 Bautista swings and misses. I captured the ball in flight just over the plate. 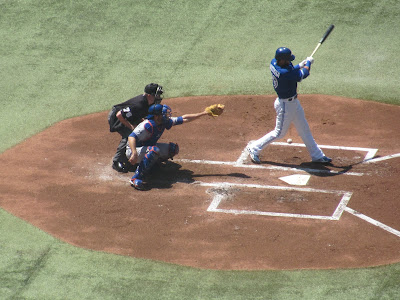 It was hot and muggy and our row was full. Craig and Alfred moved up to an empty row. I joined them a little later. 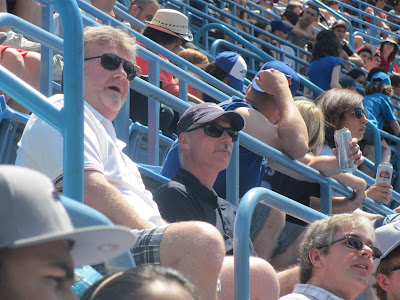 Ken and Kevin stayed in their seats and yakked the entire game. 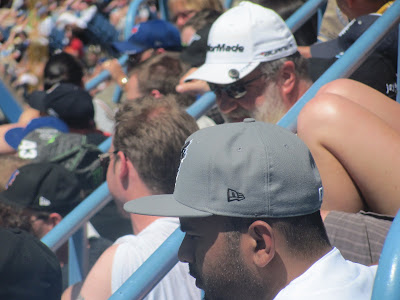 The final stats on the game. 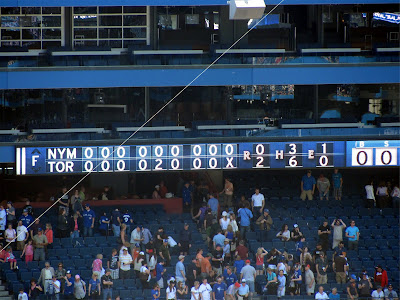 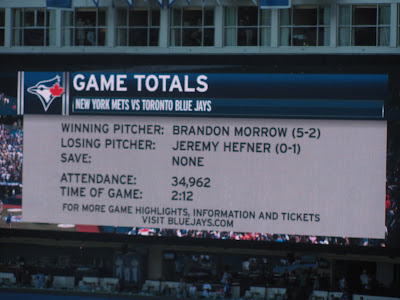