Thanks to the Good Samaritan 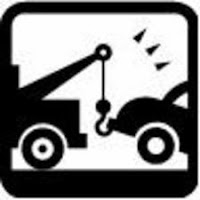 Every day the news is full of bad things done by terrible people. It is easy to forget that most of the world is made of wonderful people, but it is.

Tonight I am thankful to a stranger who was there for me when I needed some help.

It was 6 o'clock rush hour and I was driving to visit friends. I had just pulled into the lefthand turn lane on Don Mills at York Mills and heard and felt something every car owner dreads. It was a loud crack, followed by a lot of rattling and shaking.

If something similar has happened to you, then you know what a sickening feeling it is. I turned off the car immediately and, of course, there was cursing.

In rush hour, this was a great thing for people to do for others.

She called gave them all the information and let me know that they said a tow truck would be there in half an hour. I thanked her very sincerely for her help and off she went.

It all took maybe three minutes. That's all it took out of a person's life to help someone else and I am so grateful. If there is such a thing as Karma, and I hope there is, then many good things should happen to this woman and her daughter.

No, it wasn't a life threatening incident, and no, I wasn't stuck out in the middle of nowhere, but she pulled over within a minute of this happening, while I was rattled and offered assistance.

I have always believed that the majority of people and good decent people and tonight that was reinforced again.

Thanks again to that nice woman who took a few minutes to help me. It was so appreciated!
Posted by Swordsman at 20:12