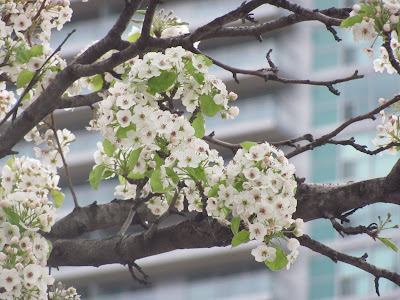 Teena and I are taking the Henry's Photo 101 course and it is obviously sinking in.

Normally I would see a nice tree with it's spring blooms, admire it and move on. Now I stop, think of how I would capture it in a photo, then go take the shot.

I did not have my good camera with me, just my Canon point and shoot, but many of the same features are on my small Canon that are on my good Canon. These shots were set on Aperture Priority, where I control the aperture opening and the camera controls the light and shutter speed. 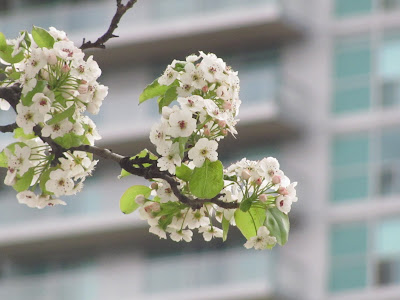 It was interesting trying to take this shot. It was by the streetcar stop and I wanted the condos being built on the other side of the tracks in the shot. To blur the background, I set the aperture as low as it would go (F/4.3) and when the stoplight turned green, I walked out into the middle of the intersection so I could zoom in.

A point and shoot is more difficult as I had to hold the camera away from my body to see the screen which is hard to steady. With my good camera, I would use the viewfinder and hold the camera against my eye which helps steady the shot.

Still I think I did pretty good. One day I will be taking shots like this but using nothing but the manual setting where I control everything in the shot. I'm not only happy with the shots but the fact that I find myself looking at the world through some different eyes. 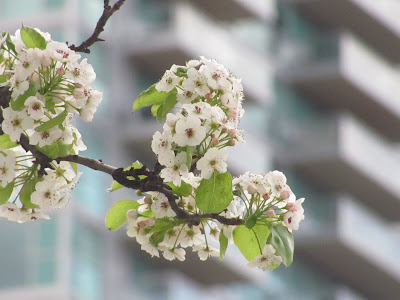