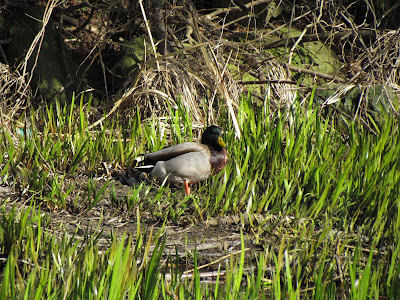 Today Teena and I went to High Park to practice using our shutter priority and aperture priority settings on our camera.

It takes a little more time to set up a shot now, instead of just setting the camera on auto and shooting, but is a lot of fun, mixed with some frustration, to do. The park cooperated with some great subjects to shoot. The duck above we think is nesting. I used aperture priority on it set at F/5.8. Two weeks ago, I wouldn't have had a clue what that meant! 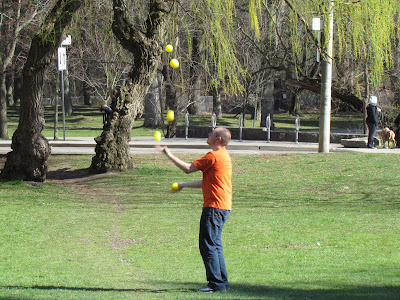 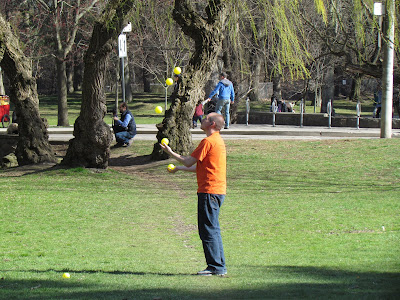 We came upon this guy practicing juggling which gave us a chance to play with shutter priority. On this setting, the camera automatically sets the aperture opening while the photographer (me) can adjust the shutter speed. The faster the shutter speed, the better to freeze action. Above shows the difference. The top picture was shot at a 1/60 shutter speed. Notice how the balls are blurred and distorted.The bottom shot was done at a shutter speed of 1/250 and froze the balls in flight. This guy was good. We later saw him juggling behind his back then moving the balls to the front without dropping one! 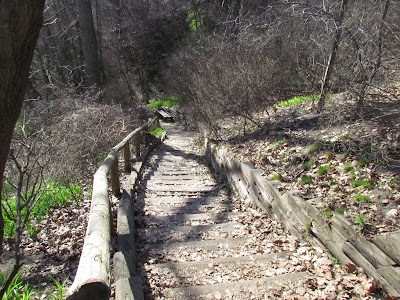 One thing that has always frustrated me was shooting up- or downhill to show steepness. I have learned that adjusting your aperture (F-Stop) will give you depth of field with a wider open aperture. The problem is it can let in too much light which will overexpose the shot. My first shot was like that. I went on manual for this picture and sped up my shutter speed from 1/160th to 1/250 and the picture turned out pretty good. 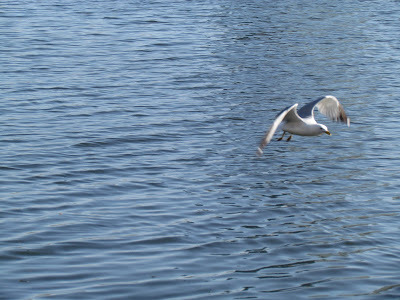 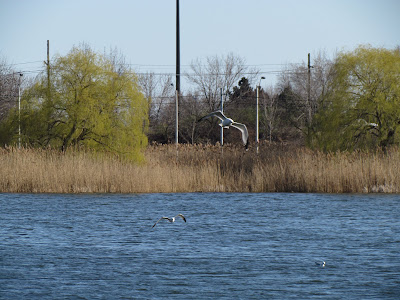 Seagulls are not my favorite thing to take a picture of but they were active and fun to try to capture in flight with a fast shutter speed. The top picture was taken closer to me at a 1/250 speed and the bottom was zoomed in more which made it tricky and shot with a 1/320 speed. I think I did well freezing the beating wings. 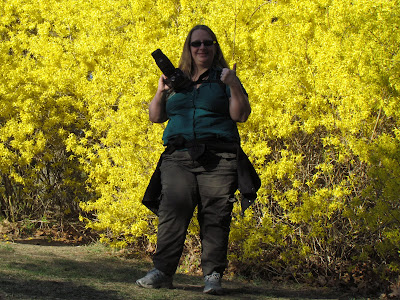 How much fun did we have? Teena's face shows it. I should have used a lower F setting. This was shot with an F/8 and should have been lower to blur the background and give Teena better lighting.

It was a beautiful afternoon for a walk and a great chance to practice with our cameras.
Posted by Swordsman at 16:34