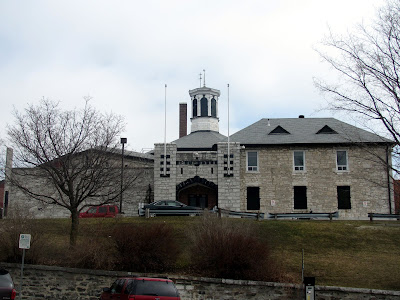 Today I came across the Barrie Gaol, an imposing structure sitting atop a hill overlooking the city. Also known as the Simcoe County Court-House and Gaol, the site sits abandoned. I walked around hoping there would be a entrance to go in and look around but the site is completely shut up. 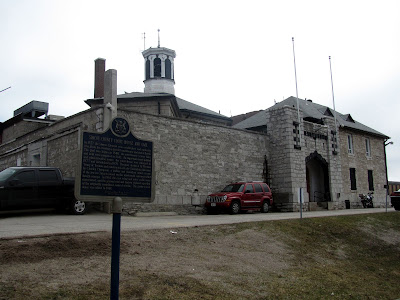 The plaque reads: In 1837 the Simcoe District was established and authority was given for erecting a district court-house and gaol at Barrie. The gaol was begun in 1840, the court-house a year later, and both were completed in 1842. An important county judicial and administrative center, the court-house was enlarged in 1877 and demolished in 1976. The gaol, designed by Thomas Young of Toronto and constructed of Lake Couchiching limestone by Charles Thompson, a builder and steamboat owner, is one of the few in Ontario based on the nineteenth century radial design concept. In 1862 the east wing and outer walls were constructed, and the present roof and lantern replaced a portion of the originally castellated central section. The gaoler's residence was added in 1902. 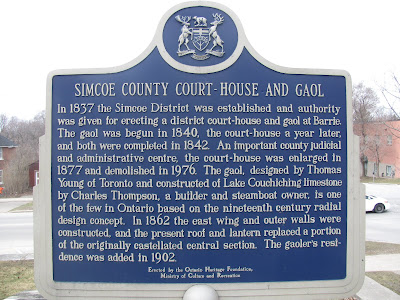 The gaol is said to be haunted by some of the inmates who died and were buried inside the structure. Lime was then used to destroy the buried bodies. If places can be haunted, this sure would be one of them.

Here are some pictures I took as I walked around. I tried to get artsy with some of them. Click here for an interesting article and some great pictures of the interior. 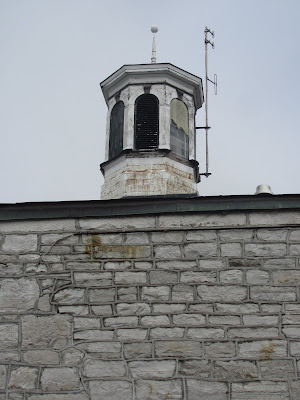 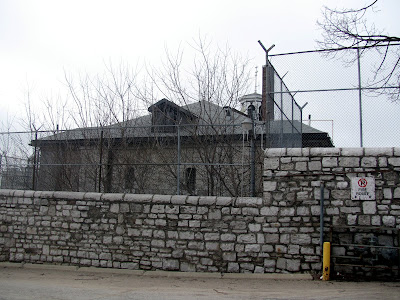 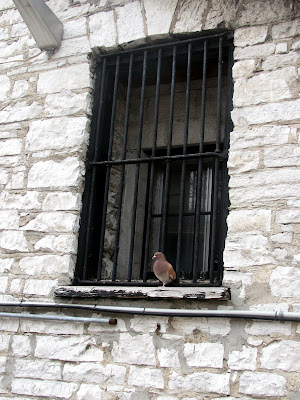 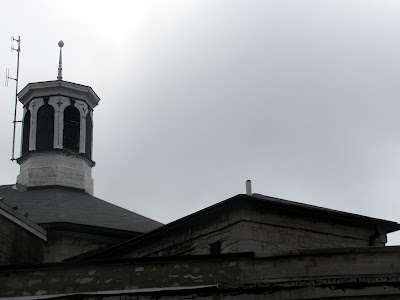 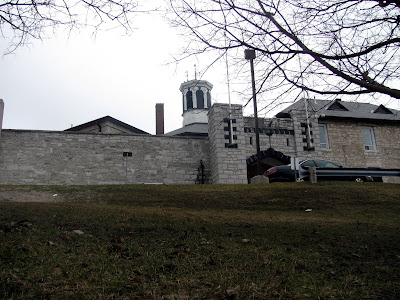 Tried to incorporate the old and the new here. This is the clock from atop Barrie City Hall poking over top. 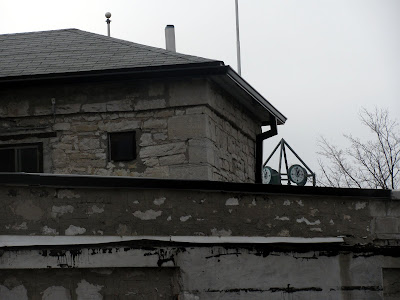