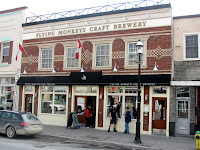 Today I did something I have wanted to do for a couple of years ... visit and tour Flying Monkeys Brewery in downtown Barrie.

Teena has clients in Barrie and Orillia and will stop in when she is here on business just to pick me up some fresh beer. Now I get to do that myself and get a tour to boot!

I have always found that craft brewers usually set up in industrial neighborhoods or on the outskirts of a town. Not Flying Monkeys Brewery. In 2004, they took an old building, circa 1880s, restored it, added on an extension out the back and set up shop on Barrie's main strip. In 2005, they opened for business as the Robert Simpson Brewing Company, named after Barrie's first mayor. A couple of years later, they decided to change their image and brew more creative beers and in the process changed their name to Flying Monkeys Brewery. 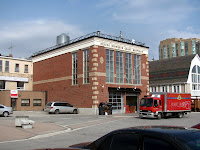 For light beer drinkers, they make a tasty Anti-Gravity Light Ale which I have written about before. They also make some excellent non-mainstream beer such as Netherworld Cascadian dark ale, Smashbomb Atomic IPA (I'm wearing that tee-shirt right now) and Hoptical Illusion, which is a great session ale that visits my fridge often.

You can tell I'm a fan of this brewery.

The tour is an excellent deal. There is no cost for the tour and if you buy a glass, they will fill it up for free. After that, it is $4 to refill it. Great deal! I was surprised by the number of people on the tour as it is a Friday afternoon in the off season. There were seven of us.

Kaitlyn was our guide and she did a great job explaining the process. She also warned us when we went in that not only is it brew day but also the brewery has just added tanks to double capacity so it will be busy and crowded.

It was a fun tour and best told with pictures 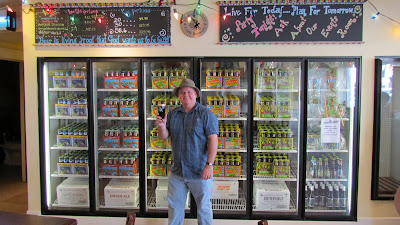 Kaitlyn leads us into the brew house. 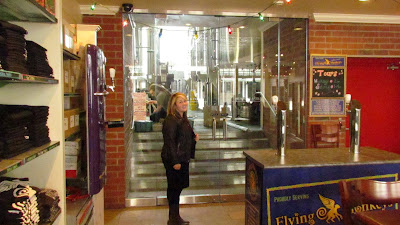 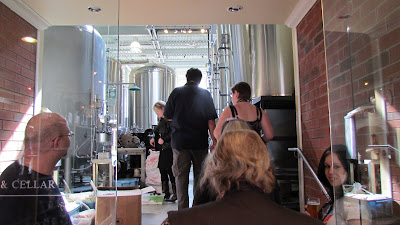 Our first stop was the area used for experimental brews. This is where they try and perfect new brews before going into full production. Andrew, one of the brewers (in the rolled up pants), listens in. 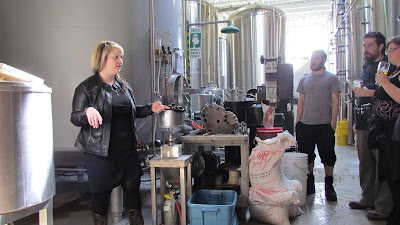 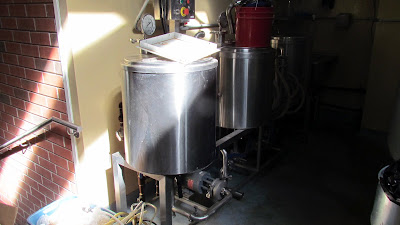 The mash turn and kettle area. I love this spot. Here you can see and smell the beer brewing. 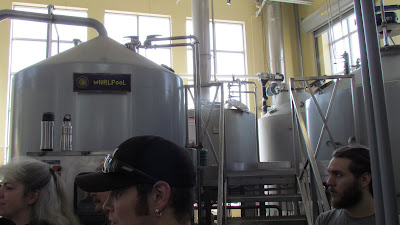 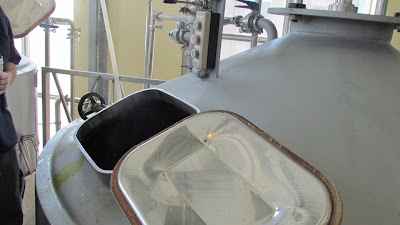 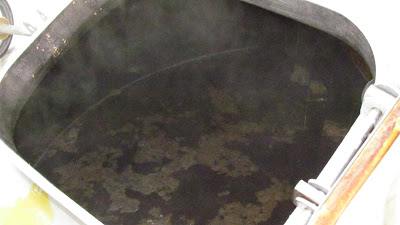 The beer is cooled, then goes to the fermenters. Here the brew, now called wort, fills the fermenters to the door. Yeast is added here and then the door is clamped shut and the rest of the fermenter is filled. The tanks on the left are the old ones, the new shiny ones were installed in February. 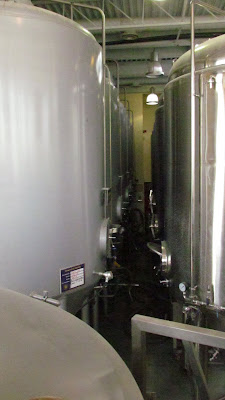 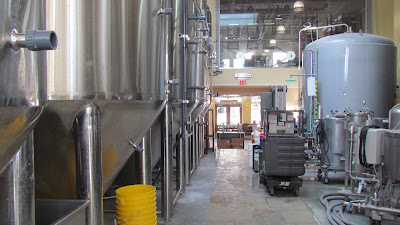 The maturing tanks. Again you can see the difference between the old and the new. 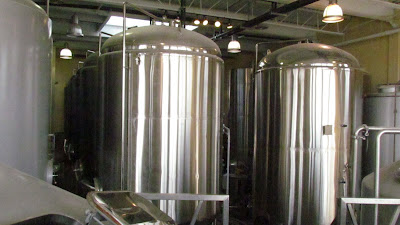 The spent grains are collected below where farmers use them for feed. The grains were still hot a smelly. 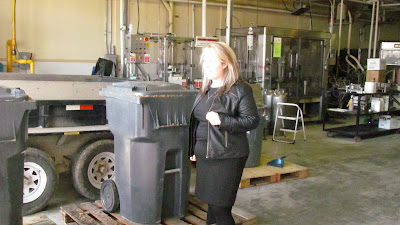 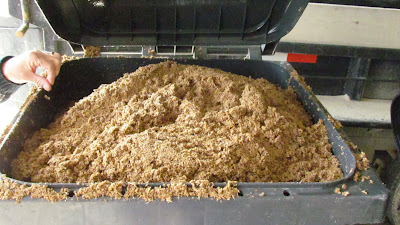 The bottler and kegs on the pallet ready to ship! 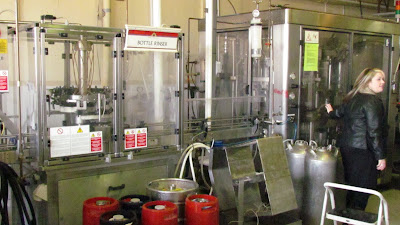 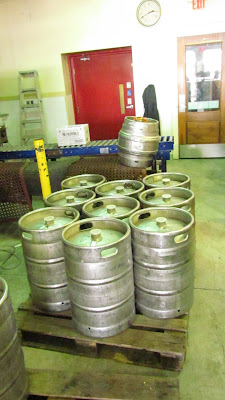 A couple of final shots showing the original brewery name. The worn out tiles were on the floor in front of the main brewing area. 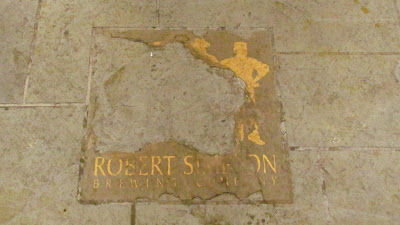 The pictures I took downstairs of their awards and medals turned out quite bad. They have won many. Not only the tour was great but everyone on the tour were great to talk to. If you are in Barrie, this is something you should do!
Posted by Swordsman at 15:26

Sounds like you had fun while I was working! Jealous!