An Afternoon at the Toronto Christmas Market

This afternoon Teena and I went to the Toronto Christmas Market at the Distillery District. We were there for the first one last year and really enjoyed ourselves.

Last year it was cold. This year it was even colder with a breeze coming in off the lake. Every beer garden was selling hot mulled wine which seemed to be a big seller. We had some which helped not only to warm our hands but our insides.

It was much more crowded this year and it may be because we were there earlier but also found there were more families. The area was well done up with a huge Christmas tree, lights, a ferris wheel and carousal for the kids plus many booths selling food and items from different European countries

It was a fun afternoon looking around and people watching. Next year we will be back. Teena's view of the afternoon is here.

Here is our day in pictures. 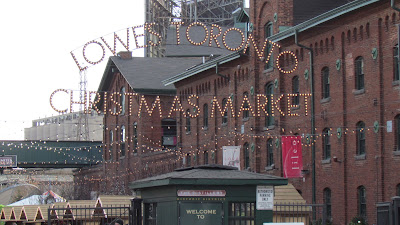 There were lots of people there and many areas were crowded 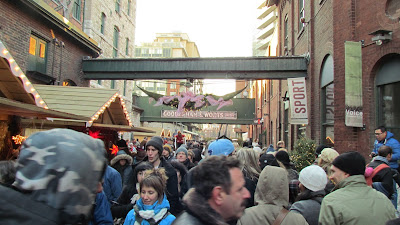 We bumped in our friend, Shawna, who was there with her buddy, Rebecca. Here is Rebecca, Shawna and Teena. 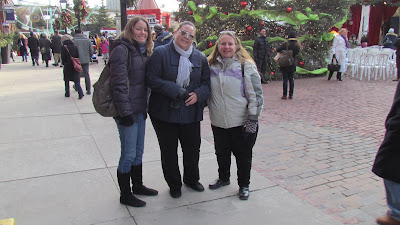 There were free samples of Tyskie beer from Poland and Amarula at the Winter Warmer Lounge plus an outside bar selling hot mulled wine. People enjoyed the fires. 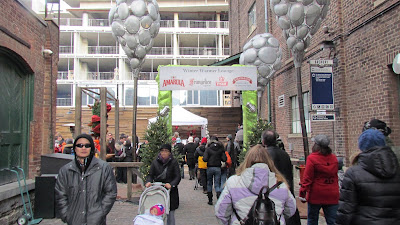 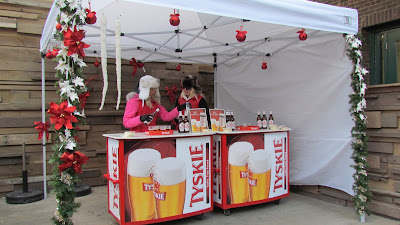 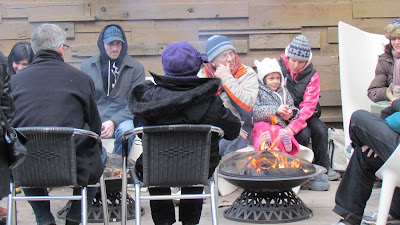 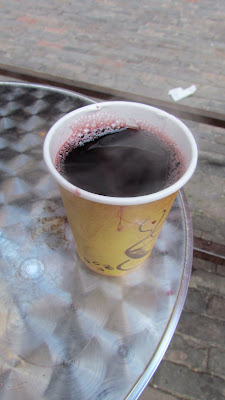 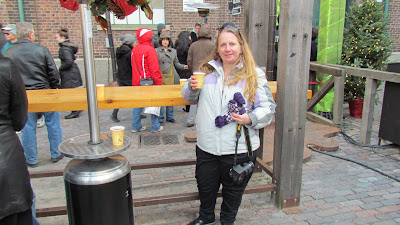 I made a new friend 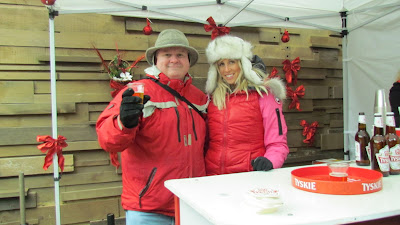 There was a carousel, a Ferris wheel and an angel welcomed kids to the Christmas maze. 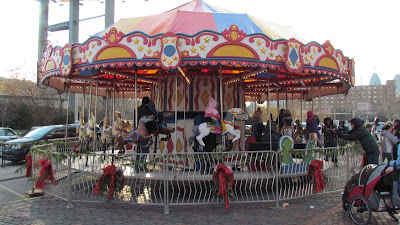 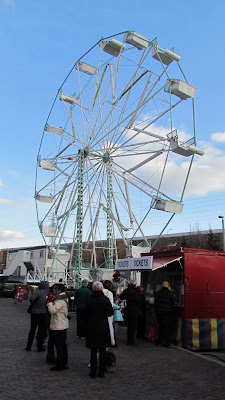 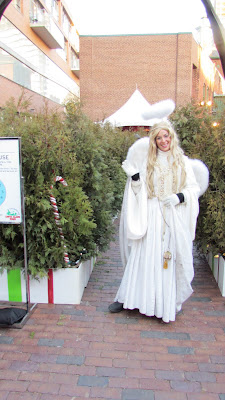 The architecture of the the old Gooderham and Worts buildings make for great pictures. 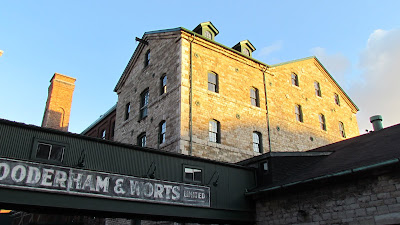 A booth sold chocolate dipped bacon. I passed but many tried it. 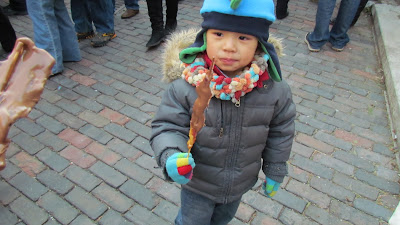 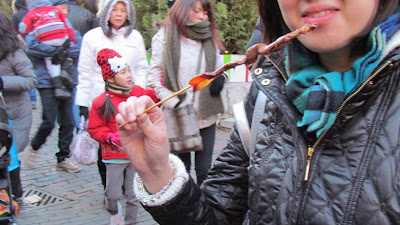 Our last stop was at a beer garden by the entrance. There were two singers playing guitars who were quite good. Despite sitting under a heater, they had to take a minute break between songs to warm their fingers. Fire pits were everywhere keeping the crowd warm. 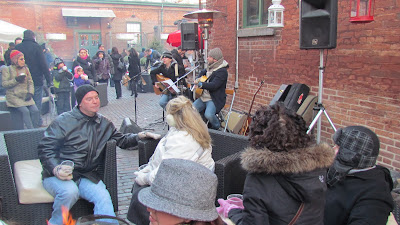 It was an enjoyable afternoon and we'll be back next year. 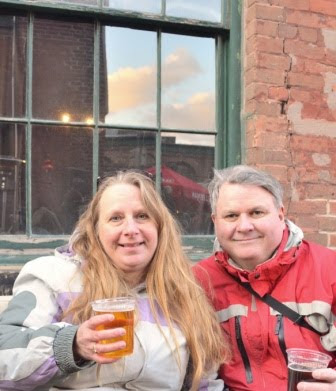