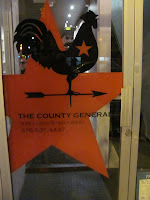 On Friday nights I like to unwind with a beer and read on my way home.

Tonight I thought it would be nice to try a place in our 'hood. My idea was to try something on Queen between Dovercourt and Gladstone but before I got there I came upon The County General on the north-east corner of Queen and Shaw. I had read reviews about this place before and have been looking forward to trying it.

It is not much to look at from the outside but once inside it has a cozy feeling. The place is quite narrow with a few tables and a long bar. If I have a complaint about the seating is the the bar seating, which is where I like to sit, is a little crowded. One less chair would make everyone a little more comfortable as cooperation is needed with your neighbor to get in and out of a seat. Then again, the 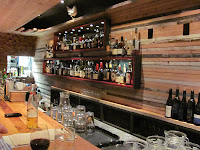 bar seats were pretty much full for the time I was there so why would the owners want to lose a paying customer.

As far as that goes, the place had a healthy flow of patrons throughout the time I was there. No sooner was a table empty that there was someone else to take the place. The bartender said it's like that all night.

I did not eat so cannot comment on it but would like to some day. Those that ordered food seemed quite happy.

I was there for a couple 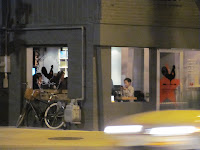 of beers and to read. I almost did not go in as I could not see any taps but spotted some at the last moment. There are only four taps, all with Muskoka Brewery beers on tap, (Cream Ale, Mad Tom IPA, Dark Ale and Craft Lager). This is not a bad thing as I love the brewery but a little more variety in brewers would help. As it was, I was delighted to have a couple of Mad Toms.

Although always busy, I did receive very good service and from what I saw the tables did too.

The next time, I want to go with Teena for a meal. I have heard great things about the food and, from the amount of business they get, it must be good. 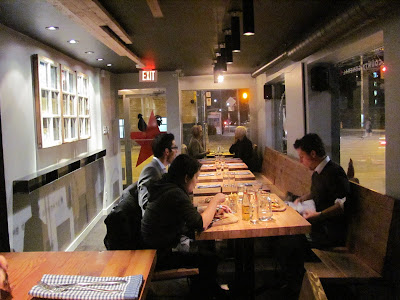 A view from the entrance. Again, a narrow but cozy place. 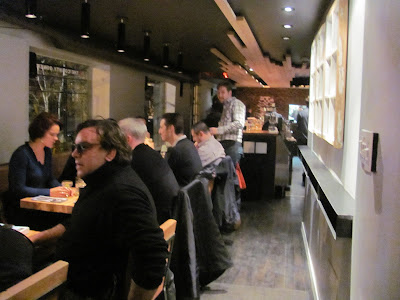 Instead of the bill coming in an everyday fake leather folder, it instead comes in this unusual way. 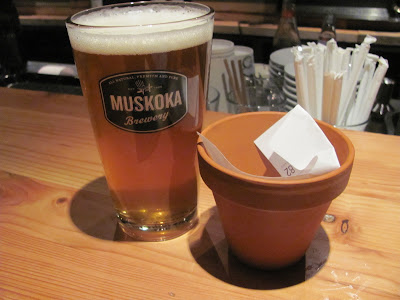