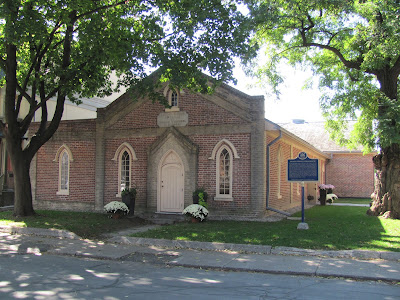 On the way to see The Odd Couple, we stumbled upon the Enoch Turner Schoolhouse. Teena has heard about this place before but never had seen it. Me, who was born and raised in Toronto, had never heard about it.

The Ontario Historic plaque out front explains the schools history ... "In 1849, this building opened as Ward Street School, Toronto's first free school. Enoch Turner, a wealthy local brewer, financed the construction and operation of this school on land donated by Little Trinity Church. Its students were neighbourhood children of poor immigrant families, many of whom were Irish. The Toronto Board of Education assumed responsibility in 1851 when municipally funded education was adopted, and renamed it Trinity Street School. In 1859, the school moved to a new location and this structure and property were returned to Little Trinity Church. Following the addition of the west wing in 1869, the building served as a Sunday school and community hall. Threatened with demolition in the late 1960s, the Gothic Revival schoolhouse was saved and restored by concerned citizens including architect Eric Arthur. It re-opened as a museum in 1972 and remains the oldest school structure in Toronto."

I like how the schoolhouse is somewhat self-sustaining as they rent out both sides as an event space. Today they were setting up for a wedding on one side, while the schoolhouse on the other remained set up.

If you're heading over to the Distillery District, this is just a few blocks north on Trinity Street and worth the visit. 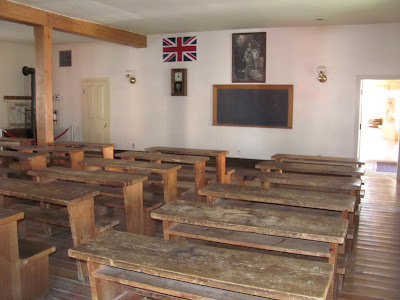 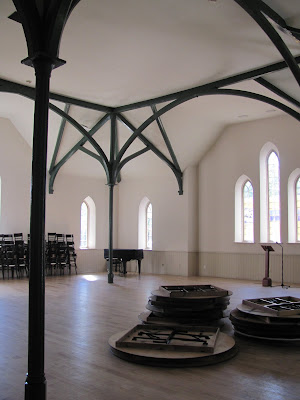 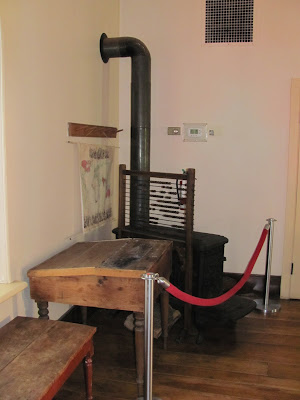 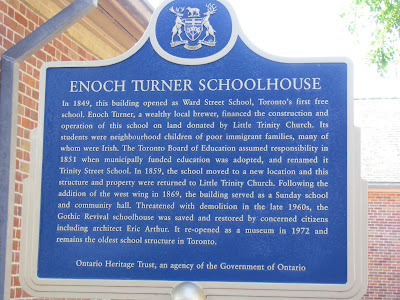