The Brad Pitt Gathering at the TIFF

Here I am rocking the same red carpet at the Toronto International Film Festival (TIFF) that Brad Pitt will be on hours later when attending the premier of his new movie, Moneyball.

Yes, once again the paparazzi has caught up to me. Perhaps they thought I was Brad Pitt. In any case, here I am on the red carpet leading to Roy Thompson Hall.

I work near Roy Thompson Hall, close to the Bell TIFF Lightbox, the headquarters of the TIFF, and by where the tickets are being sold for all the films. Needless to say, this neighborhood has a buzz.

TIFF began in 1976 as the “Festival of Festivals", collecting the best films from other film festivals around the world and showing them to eager audiences in Toronto. That first year, 35,000 enthusiasts watched 127 films from 30 countries. By 2009, those numbers have grown to feature 336 films from 64 countries, enjoyed by 500,000 people. 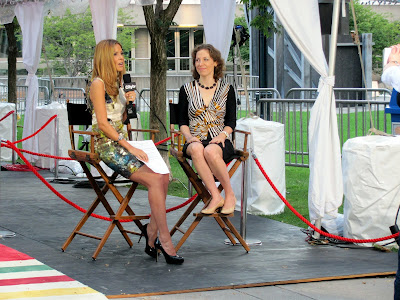 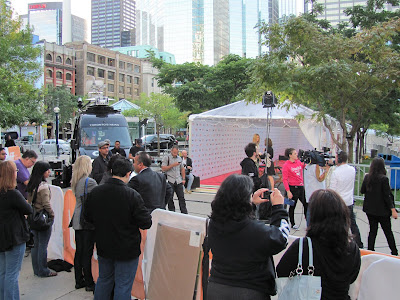 Tonight is the world premier of Moneyball, a movie which I am going to see when it goes into regular release, starring Brad Pitt, Jonah Smith and Philip Seymour Hoffman. People love Brad Pitt. Brad Pitt is attending the premiere. People started lining up by the red carpet early to see him. 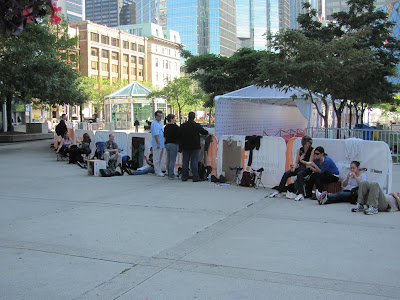 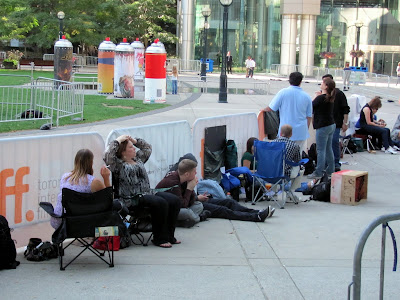 My lunch was 3 hours later so at 1:30 I headed back outside and, yes, the crowd had grown. I took a quick count and those camped out in their spot had risen to over 100. 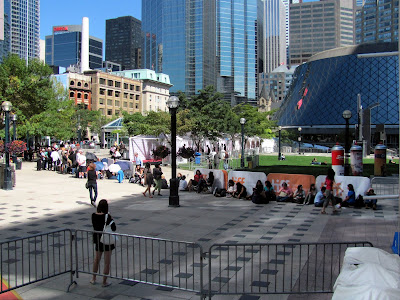 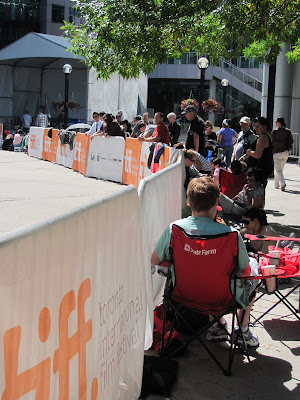 Then, when I was off at 4PM, I found the crowds getting huge and still no stars were set to arrive for at least another two and a half hours! 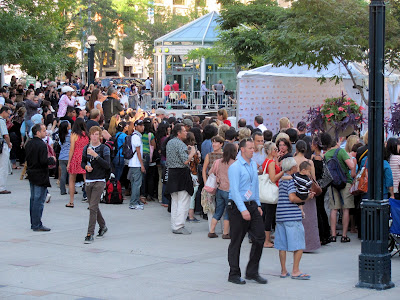 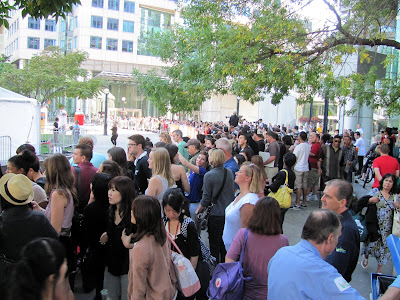 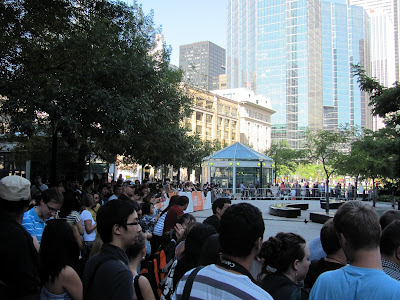 And, of course, after parties are huge in the district during the TIFF. Last night my son, Ken, hammed it up in front of one of the entrances. The Jones boys can rock this town! 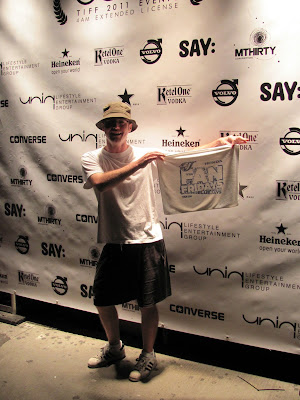 Love the pic of you rocking the red carpet! Can I have an autograph???