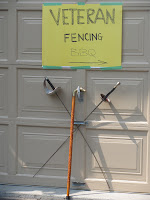 I thought the crossed swords and cane that greeted us on the way in was a nice touch.

Once again it was a well attended event with people coming from far away as Kitchener, Huntsville and even a couple who were on vacation from France were there. Bruno from France, in fact, won the bronze medal at the 2009 Veteran World Championships in Moscow.

The food was great, with many salads and side dishes, hamburgers, cheeseburgers, sausages, and chicken. For people with a sweet tooth, the deserts looked amazing. I am not a desert eater so did not partake.

For the most part, the weather co-operated with a hot sunny afternoon so many could have a refreshing swim in the pool. When it came to desert time, the party had to move inside as the rain began to fall.

It was great seeing everyone out of their fencing whites enjoying themselves. Thanks again to Gaby and Rivka for once again hosting such a great fun event! 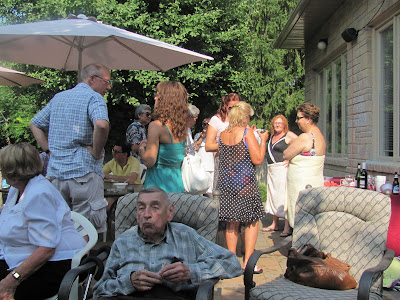 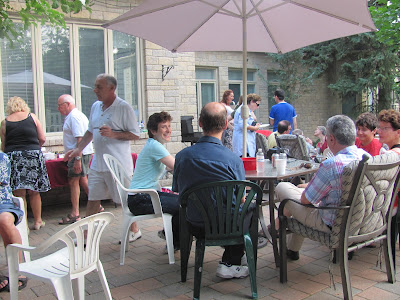