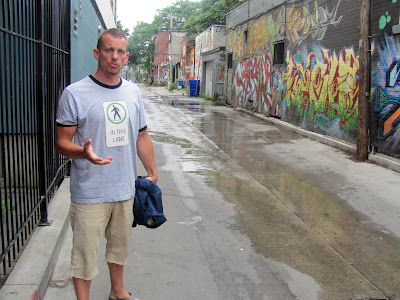 Teena discovered the Toronto Laneways Walking Tour on Yelp last summer and we put it down on our growing list of things to do. Today we got around to actually doing the tour.

The walk, which is free, is led by Graeme Parry (above) who also does a dozen bike tours of the city. He is well informed and very interesting to listen to. There were about a dozen of us on his tour today.

The Queen/Bathurst area seems to have alleys filled with graffiti, 90% which is quite artistic. I have a new found respect for the graffiti artist as I enjoyed much of what I saw. I was surprised by some of what I found in some alleys and had a great time today having Graeme lead the tour. Teena did too and blogged about it here.

Graffiti artists are anonymous but Graeme was impressed by the facial expressions of this artist, which we saw in a few spots. 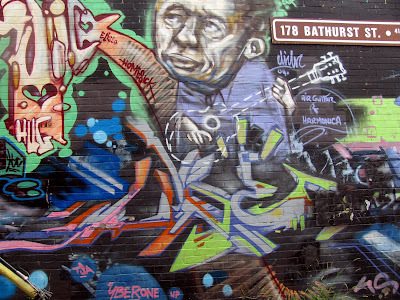 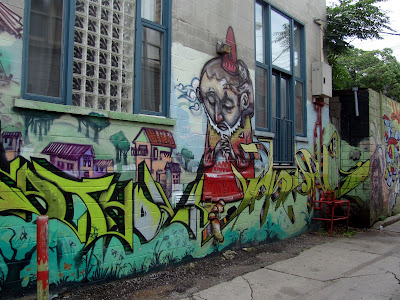 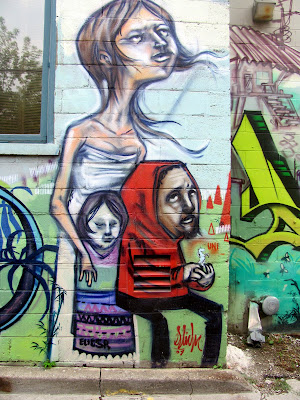 Since the election of Rob Ford to mayor of Toronto, many works are popping up against the mayor. 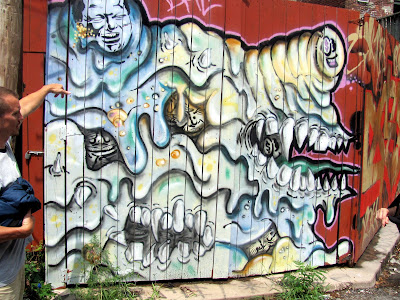 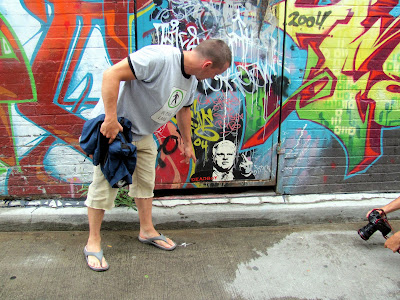 The graffiti is definitely picture worthy. 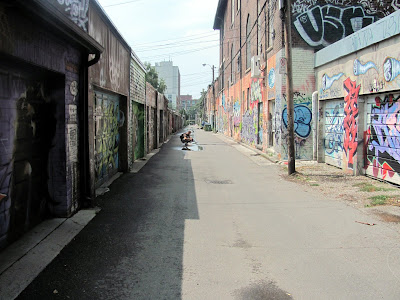 I was surprised by how many homes resided in alleys. 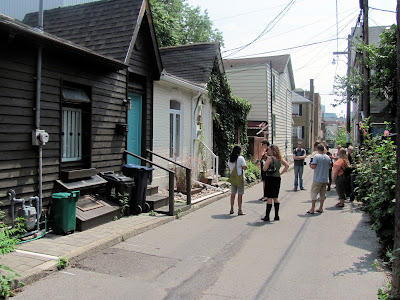 I particularly liked this one. 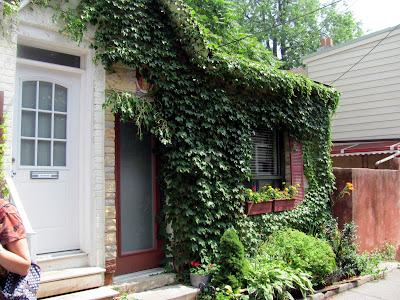 Some are really nice such as these town homes which, yes, are not on a street but off an alley! 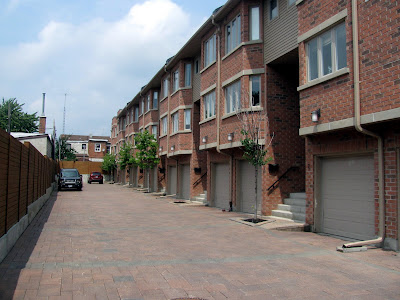 Some, like this one just around the corner from the town homes, are not. 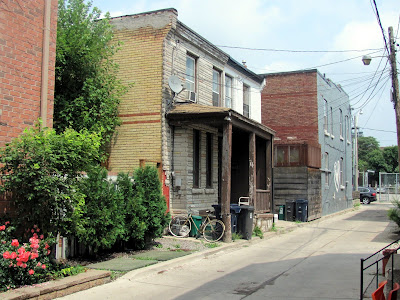 I found this place interesting. 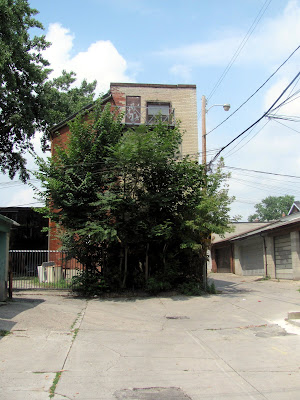 This place has two or three businesses in it and is completely cut off from a main street. An alley runs along each side. The smell of baking bread was amazing! 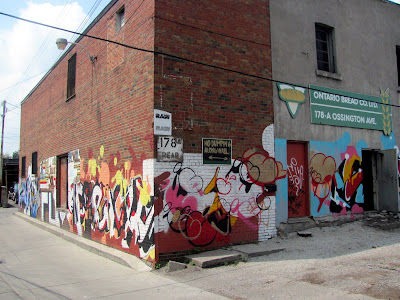 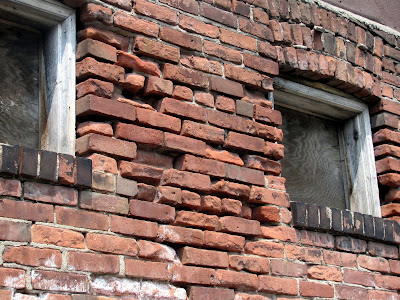 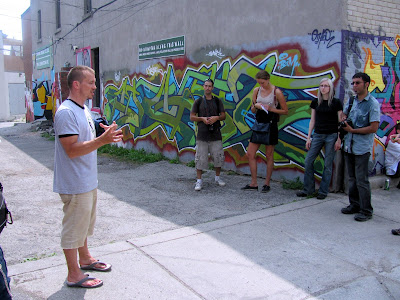 Finally after watching the professional photographer taking some artsy shots, I tried one of my own. OK, not so hot! 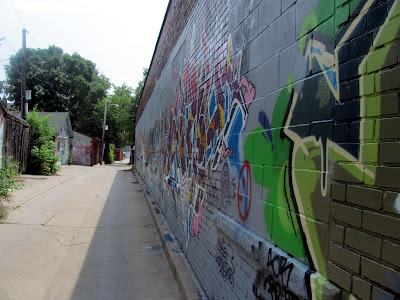 It is a tour definitely worth checking out!
Posted by Swordsman at 14:26