Fire on Our Street! 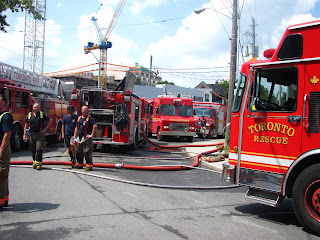 This is not what you want to see on your street when you come home.

I was at work, sitting in a training session that had bogged down so took a quick look at my emails. Teena had just sent me one moment before with the title Fire! A quick look at the email explained there was a fire just a few doors down from our place and in the same building. We are in row town homes.

Teena works midtown and I knew I could get home easier so I replied that I was already on my way, stood up and told the group I had an emergency, had to go, and went. They are likely wondering what was going on but I needed to get home quick in case the fire spread and I had to evacuate Morgan and Crumpet. I had no time to explain.

We went through this just over nine years when it was the units above us which caught fire. The memory sure was vivid as I sat in the cab battling traffic, wondering how bad the fire was and was it spreading? Thankfully the fire was out when I got home and no one was injured. There were fire trucks and firefighters everywhere. The top units are a mess but fire crews did not allow it to spread. Got to love the job that they do.

I imagine now the owners of that block will need to find other places to live during the cleanup. When it happened to us, we were out for a two months. Others were out for nearly a year. Hopefully that won't be the case here but the places look a mess.

Here is a shot from CTV news 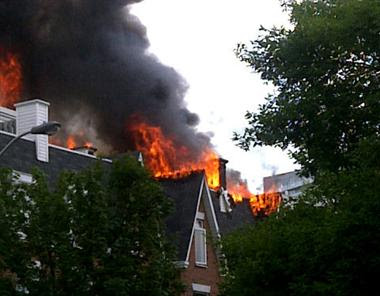 I took some pictures of the scene which are below.

Here's a view of the damage. 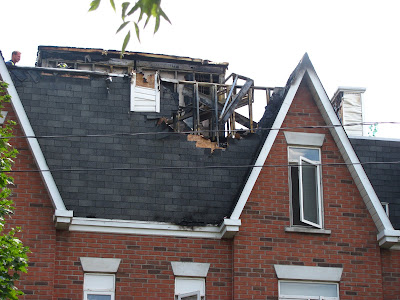 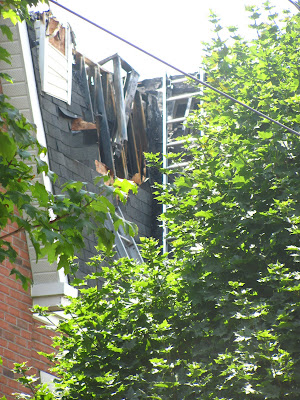 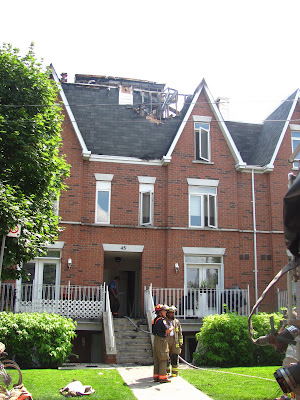 It was 37c with a humidex of 49c (99F feeling like 120F) so once the fire was out, it must have felt good for the firemen to get out of their gear. 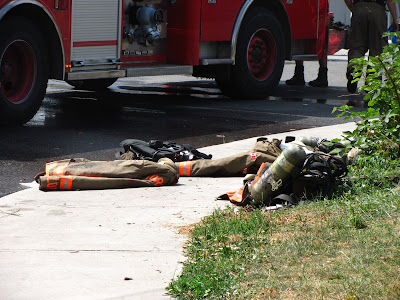 Getting all the ladders down from the roof. 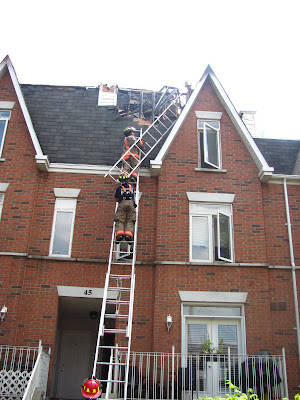 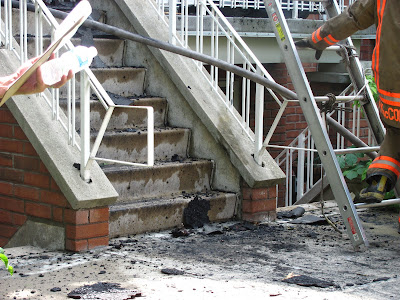 The street was closed due to fire trucks being everywhere. 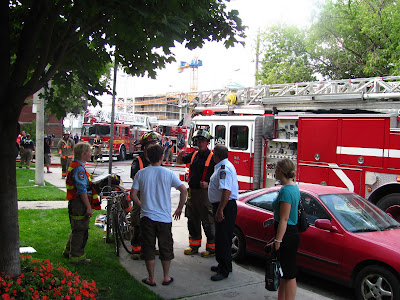 I would rather that our street did not make the news. 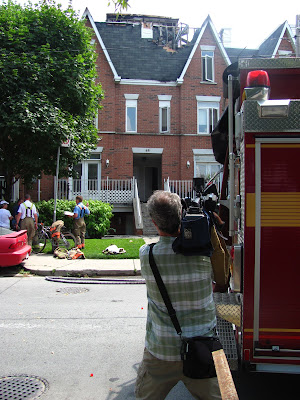