Play - "Camelot" at the Festival Theater in Stratford 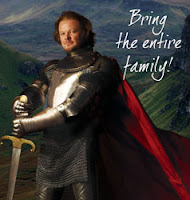 Today was the first of our 2 annual treks to Stratford to see a play and spend the day.

On this trip, we saw Camelot. Interestingly enough, this is the third play we have seen in 2011 and all have been set in England.

In the realm of Camelot, King Arthur has created a utopian land of chivalry and civil rule. But when his beloved Queen Guenevere and Sir Lancelot, his most trusted knight, succumb to their passion for one another, he faces a terrible dilemma that will rock his kingdom to its very foundation.

I really enjoyed this play. It was a great combination of humour, deceit and tragedy. The set was great as was the acting. I did find the tunes sometimes were a little long and they really could have done without the one tune in the second act, "What do the Simple Folk Do?"

One other complaint would be that I found the sword fighting to be over-choreographed. It did not seem real and more of a rehearsed dance. After seeing how well a sword fight could be staged when I saw Cyrano de Bergerac in Stratford, I was disappointed in the one I saw here (note: I loved Cyrano and cannot believe I did not post about it ... the link is to Teena's review).

I loved the development of King Arthur's character during the play, going from fearful naive new king to a strong figure at the end.

When I got home I Googled the story of King Arthur and found the real truth about Arthur to be more fable than fact. From the King Arthur and the Knights of the Round Table website ...

"Was Arthur a true, historical figure or only a hero of legend? This is truly up to each and every one of us to decide for ourselves. Arthur represents a man who was the epitome of good against evil, light against darkness, and that eternal, never-ending struggle between what is right and that which is wrong"

There were no weak performances in this production. It is definitely worth seeing and I give this an 7.5 out of 10. 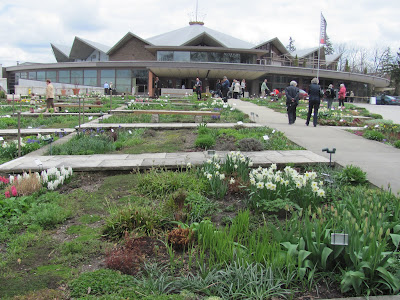