Our First Visit Back to Stratford in 2011 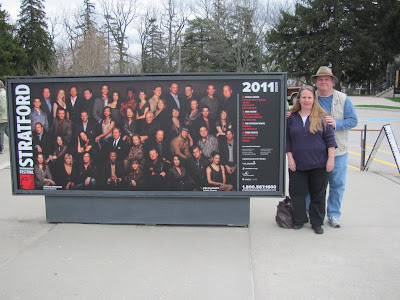 Today Teena and I took the train to Stratford for the day to see Camelot.

It is always a trip I start looking forward to each year when we order our tickets in January. Our next trip is on Labour Day weekend to see the Grapes of Wrath. 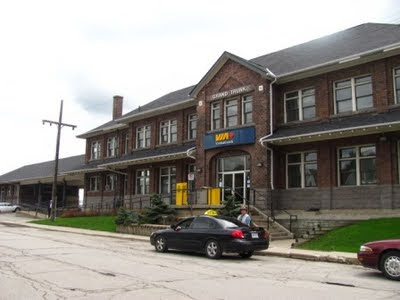 On the way down at the Kitchener train station, a couple looked to be getting their engagement pictures taken. Interesting how photographers like to use old deserted buildings as a background. They looked to be having fun. 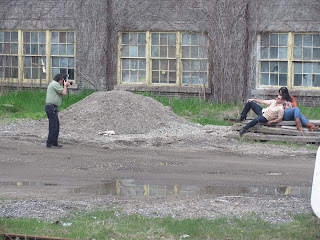 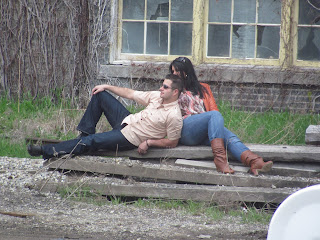 The play was at the Festival Theater which is about a half hour walk from downtown and by the lake.

The festival started way back in 1953, with Alec Guinness being in the first performance. For the first 3 years, the plays took place in a tent and the Festival Theater was designed to resemble the old theater tent. 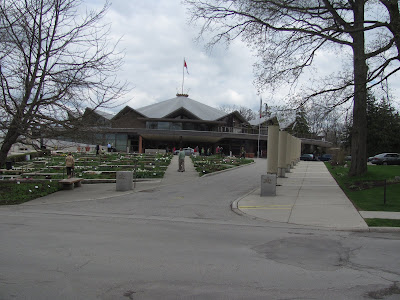 The 5 minute warning before the opening act and second act is always heralded by trumpeters. Teena and I enjoy this bit of pageantry. 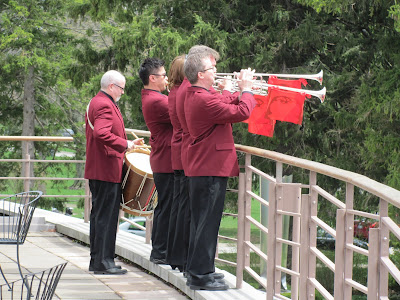 Afterwards we went to Molly Blooms for supper. When we first started going to Stratford, the service here was real bad. Last year we bumped into an actor on the street after a performance he was in of Kiss Me, Kate, who recommended Molly Blooms and that was where many of the actors hit late at night, so we gave it another try. It was under new ownership, and the service and the food is great. We were well looked after yesterday by Emily. Once again we left full and happy. Teena's post on Molly Bloom's is here. 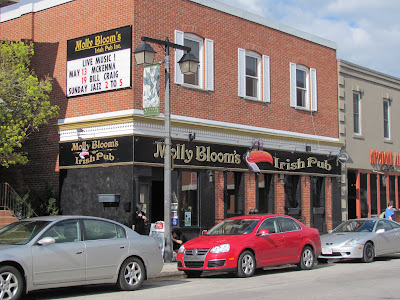 We always end up on the patio at The Dominion House which is right across from the train station. It has been there since the 1860s. The crowd there are always friendly and down to earth. Good thing this is where we end up as the train arrived a little early. When we heard the train whistle blow as it came into town, we were on the run to make it and made it to the station about 30 seconds before the train. 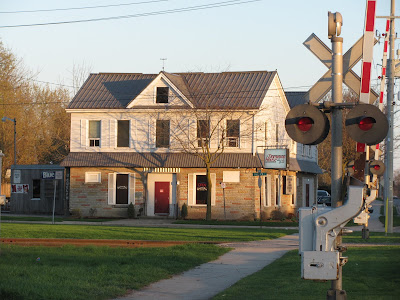 It was a great day. Can't wait for the next trip down in September!
Posted by Swordsman at 22:10