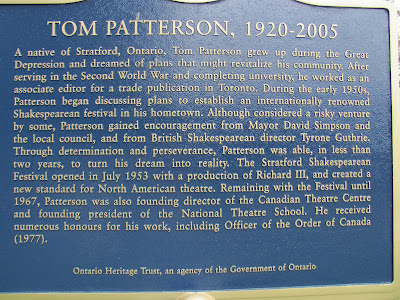 On the south side of the Festival Theater in Stratford, just past the garden with the silver statue of William Shakespeare, is a historical plaque commemorating Tom Patterson. It was he who had the idea to put on a world class theater festival every year to bring tourism into the city.

It would have been a hard sell back in 1952 when he presented his plan. Transportation wasn't what it was today but the idea flourished and the festival is now a huge industry for the town of Stratford. 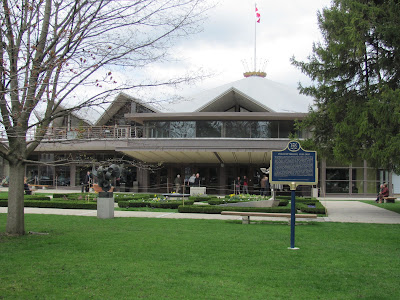 "A native of Stratford, Ontario, Tom Patterson grew up during the Great Depression and dreamed of plans that might revitalize his community. After serving in the Second World War and completing university, he worked as an associate editor for a trade publication in Toronto. During the early 1950s, Patterson began discussing plans to establish an internationally renowned Shakespearean festival in his hometown. Although considered a risky venture by some, Patterson gained encouragement from Mayor David Simpson and the local council, and from British Shakespearean director Tyrone Guthrie. Through determination and perseverance, Patterson was able, in less than two years, to turn his dream into reality. The Stratford Shakespearean Festival opened in July 1953 with a production of Richard III, and created a new standard for North American theatre. Remaining with the Festival until 1967, Patterson was also founding director of the Canadian Theatre Centre and founding president of the National Theatre School. He received numerous honours for his work, including Officer of the Order of Canada (1977)."

Here is a shot of the statue of Shakespeare which is a few steps north of the plaque. 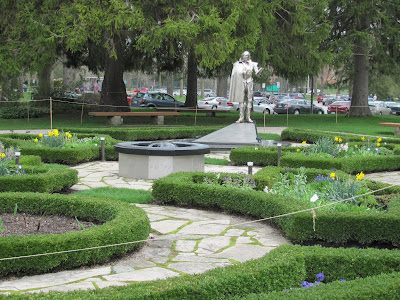