On Sunday, I wrote about how a construction site at 621 King Street West at Bathurst had uncovered some old foundations.

As I walk by it each night, I get to see how things were going. This week, despite the rain, I found some interesting things happening.

The gate was unlocked Monday night and I walked in and got some shots from a different angle. I also noticed they had flagged some areas for further investigation. There were no workers around to ask what was going on. The shot below is taken looking west towards Bathurst and gives an idea of the size of the dig. 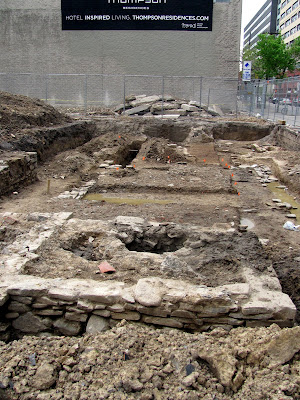 Notice the flagged out area for future digging 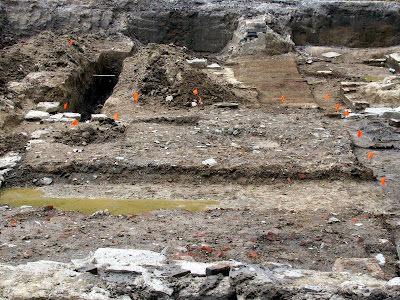 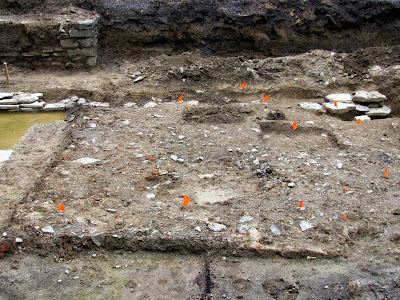 Then Wednesday night I found they were putting up a green covering to shield the site. Not only were were doing it streetside but also on the fencing which was already enclosed by the outer fencing. 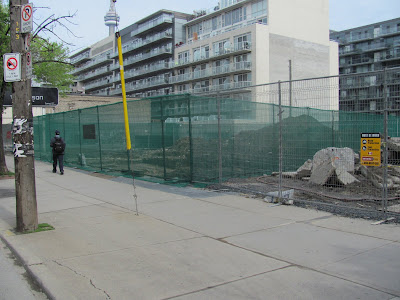 The fencing is somewhat see though but as you notice by the magic of Microsoft Picture It, the fencing can be removed. Below is from the same shot. These people are not going to stop me from monitoring the goings on here. 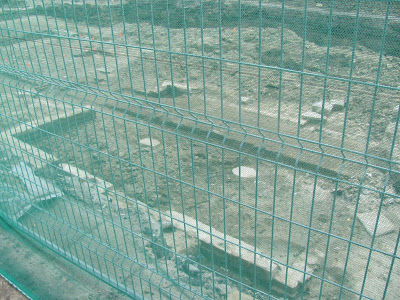 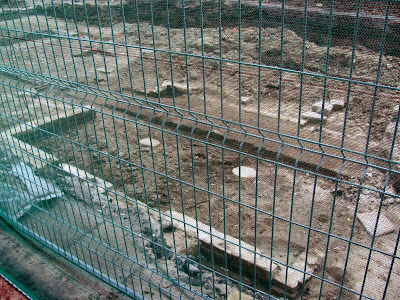 I found this shot on the Toronto Archives website from 1927. It is where the current dig is going on. 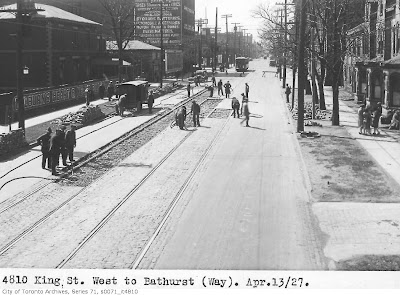 It should be interesting to see what they discover.