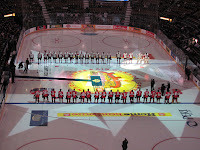 Teena received some box seats from work for the CHL/NHL Prospects Game at the Air Canada Centre.

The best players from the junior leagues across Canada took place. Lots of NHL scouts were in attendance so the players played hard to impress.

The idea was set up a few years ago. Team Cherry, coached by Don Cherry, against Team Orr, usually coached by Bobby Orr who could not attend tonight as a grandchild was being born. Instead two Maple Leaf favorites, Doug Gilmour and Wendel Clark, coached Team Orr.

Team Orr dominated the game and won 7-1. They took the play to Team Cherry all night. As I said earlier, the kids played for real as there was some great hard hits, a fight and a few moments when it looked like something would break out.

The free food and beer was nice, I got to meet some more of Teena's co-workers and had a great night. Teena's blog post is here.

Not a great shot of Don Cherry on the bench as I was on 20x zoom and not steady. Oh, if you don't know Canadian icon, Don Cherry, he is in the white jacket with all the huge flowers. 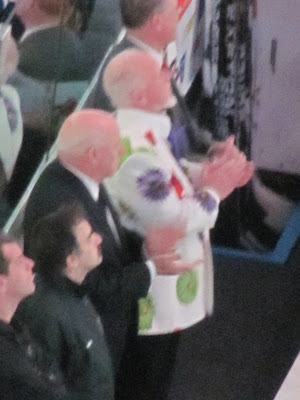 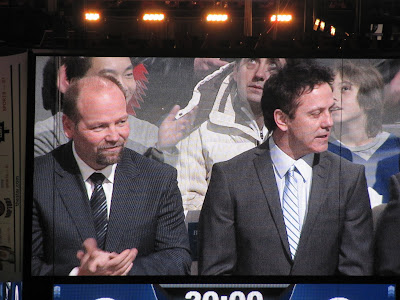 Doug Gilmour is one of a very few Maple leafs honoured with a banner hanging above the ice in the ACC. 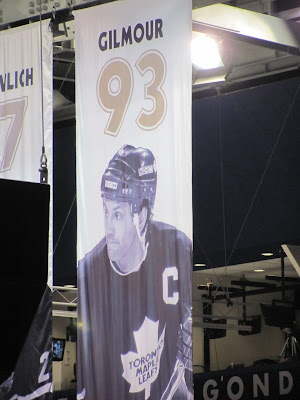 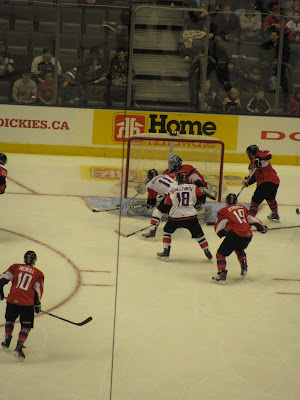 They played hard, with hard hitting and a fight. 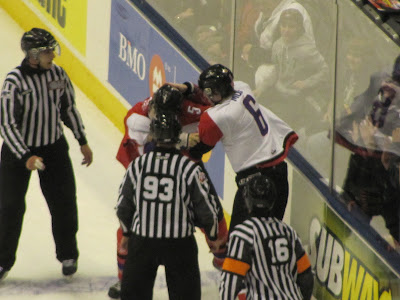 One of the most fun moments was watching the real young kids play between periods in the Timbits Hockey segment. 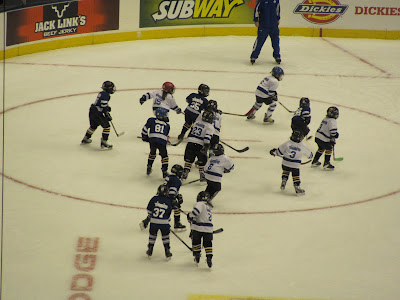 And, of course, Teena and I. 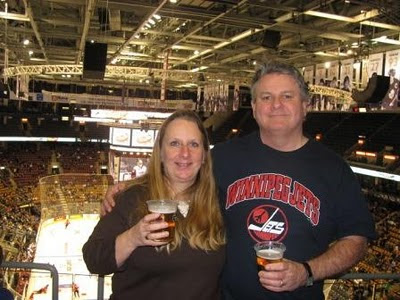 It looks like you had a fun time. It must have been neat to see Don Cherry and the others.