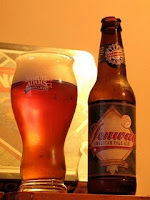 It was my first time in Boston and my first time going to a game at Fenway Park so I took the time to stroll around the stadium before going in.

I was excited to find that there was a brewpub across the road, one I had not heard of when I was doing my research of the city, Boston Beer Works. I had not planned on a pint before the game but was immediately pulled in.

The place was jammed and buzzing. I liked the fact that there was a fast service lane to 2 different bars to get a brew quickly. Service was great. I only had time for one so went for the hops with a back Bay IPA. It was fabulously hopped in the west coast style and I enjoyed every sip.

Then it was off to the game and immediately after I had to take a long transit to my next hotel out of town. I thought that was the first and last pint of Boston Beer Works beer I would have in Boston. 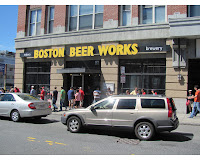 half to kill and found there was a Boston Beer Works there! Surprisingly it was placed out of the way and was not crowded like a usual airport bar. The selection of beers was limited to 4 and I decided to go with the Fenway American Pale Ale.

I was asked if I wanted a small or large. One look at me should have said I go big or go home. In this case, I guess I was going big then going home. Big was a 16 oz glass.

The bartender poured it with a nice head and was coppery in colour. Hops were present in the first sip. There was a good malt balance but again, a definite hop presence in the finish.

I like this beer, enough to order another ... oh, and then a third before having to head to the plane.

The main bar by Fenway sells their beers by the bottle so should I ever get back to Boston, some Boston Beer Works will be coming home with me. 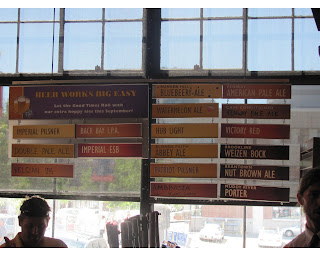 The Brewery. Hub Light is currently in the tank. 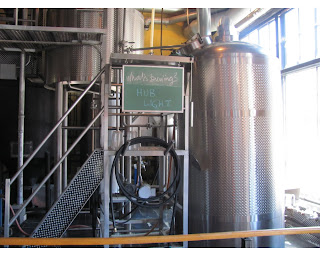 It was quite crowded but didn't have to wait for a beer.
I would recommend it. 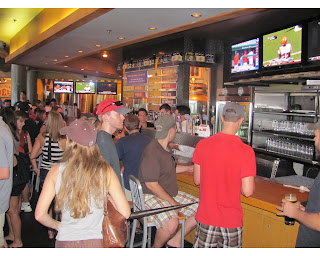