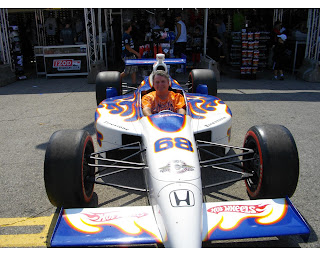 Years ago when I worked at the Hydro, Randy, Danny and I would take the Friday afternoon off of Indy weekend to go and watch practice.

That was so many years ago.

This year we brought back the tradition, took the afternoon off and hit the track for Day 1 of what is now called the Honda Indy. The sun was shining, it was hot, the cars were fast, the smell of spent gas and burnt rubber was in the air. My kind of afternoon.

Back, far too many years ago, I used to race. Not the cars I was watching today but cart racing. Not the ones you rent at a track to get the thrill. Mine was perfectly balanced and had a top end of 110km per hour (70 miles per hour). I did it for three years and had a ball. I was thrilled to see a cart on display that was from my era and raced by Scott Goodyear. That's it and me to the right. My racing team was called Rumrunner Racing. I even had racing jackets made.

Friday is a great day to go to the track. Today was a free day, only asking for a donation to the Make-a-Wish foundation. I did 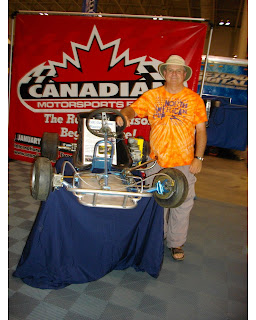 not do mine at the track but will be making a donation next week as it is a very worthy cause. The cars drive just as fast, the buzz is the same, and, whether it has been free or not, there is a lot less people, so easier to get into everything.


We like to walk the track to see the cars from different vantage points, stopping when thirsty for a beer. It was hot and muggy so there were some beer stops made.

High points for me were (1) seeing the cart (2) accidentally wandering into a restricted area for some great shots and seeing a crash literally right in front of us, seeing a driver come down the finish line straight and, instead of taking the corner at the Prince's Gates, lock it up and skid through the escape lanes and right through the gates, (3) seeing legendary A.J. Foyt up real close, (4) watching a crew set up for and interview Danika Patrick.

One final thrill. I used to be a regular at Pinecrest Speedway, just north of Toronto, back in the 70s. One of my favorite drivers was Howie Scannell. Now his son, Howie Scannell Jr., races stock cars in the Canadian Tire NASCAR Series and I had a chance to watch him in the 56 car in action.

It was great day with old friends. I can't wait to do it again next year.

Randy, Danny and I at corner 11 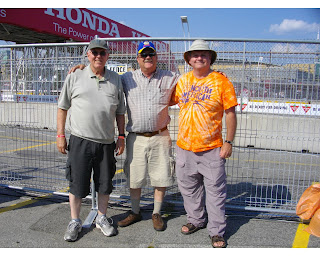 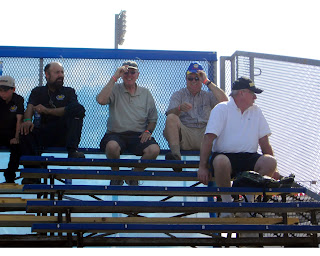 Indy Car rolling out of the paddock. We were real close. 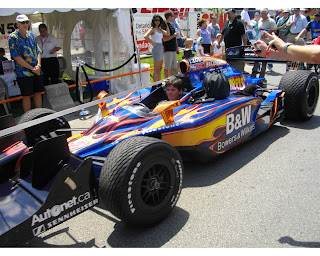 Great shot from a restricted area (we were thrown out later), 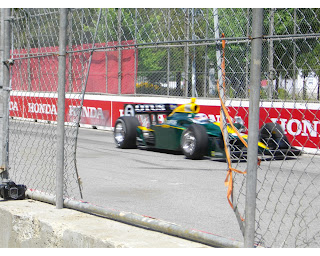 Legendary winner of both Indy and NASCAR, A.J. Foyt. 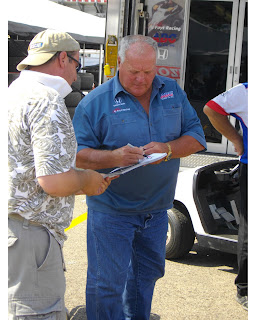 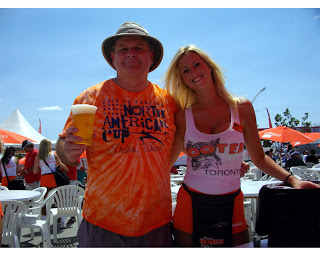 Taken from the Hooters Beer Garden, nice and close to the action. 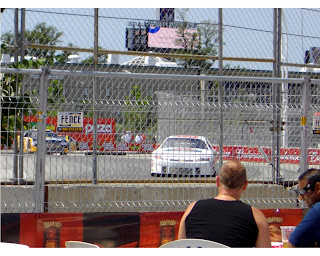 He made some new friends. He seems to like them. 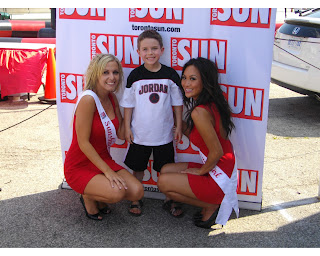 A refreshing misting area. It worked! 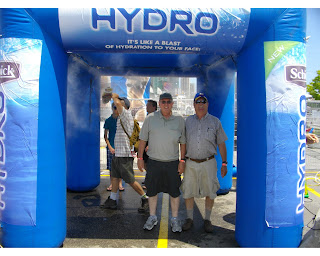 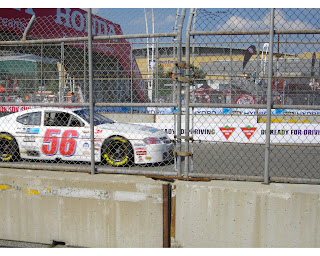 Danika Patrick in the green car making a pass. 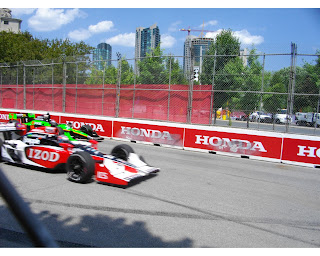 Danika Patrick after in an interview (sitting with the glasses on her head). 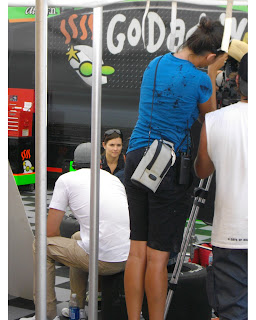 What happens when you don't hit the corner correctly. 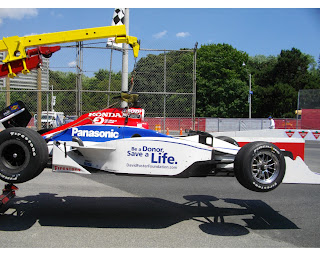 What a great tradition Gord! I've only been to the Indy race a couple times but enjoyed it very much. My Dad drove stock cars when I was a kid and we spent our weekends at the race track, I still got a soft spot for racing. :)