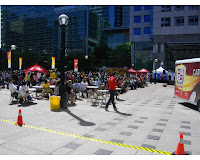 South Africa is 6 hours ahead of our time which means the games will take place during the day in Toronto.

CBC Sports is carrying the tournament on TV and are doing a roadshow across Canada. They are going from city to city setting up a huge outdoor big screen TV with amplified sound. Yesterday, opening day was Toronto's turn.

They set up in the courtyard of Metro Hall, which is just outside of the building where I work. That's great as on breaks and my lunch I could go down and watch the game with a crowd. It was fun.

I am also in a World Cup pool where we have to pick the winner or a tie for each game played. I was wrong on both picks yesterday. Not so much fun.

Hopefully I redeem myself today.

From my place in the shade during lunch 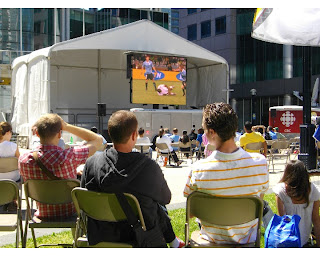 CBC had interviews with fans throughout the day 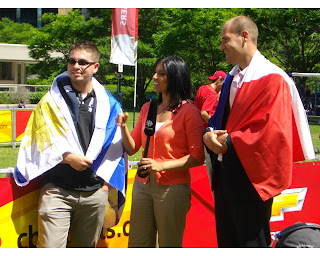 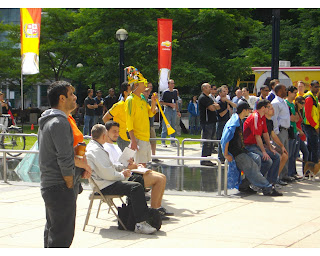