Return to the Pearl Street Grill and Brewery 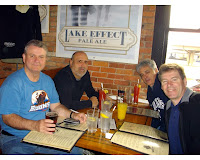 Last year on our first trip to Buffalo, we discovered a brewpub called The Pearl Street Grill and Brewery which, of course, I wrote about.

We loved it and, as it is also situated close to the stadium, is convenient too. All their beer is brewed inhouse with several regular beers plus seasonals. The board to the right shows the variety available.

The place has a great decor and is cozy despite its size. I also found the staff were friendly and looked after us well. I have enjoyed the food each time I have gone but this time, Rick and Malcolm were not too impressed. They liked it the last time. Sox liked it. 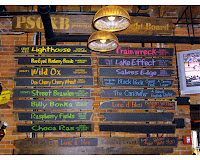 We ate before the game and I had 10 oz samples of 4 different brews. The first was a Train Wreck, a German amber ale that had a little hoppy bite to it and was quite nice. Next up was the Lake Effect Pale Ale, a bold, well-balanced hoppy ale. I love hops. Next I changed the pace and had an oatmeal stout called Street Brawler. It was smooth wit 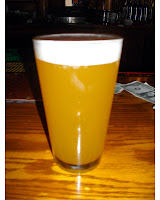 h a subtle bitterness and finished with that good charred note, that comes from the roasted barley that sets it apart from a porter.

After going to the ball game and sipping on some excellent Tim Hortons coffee, anothe 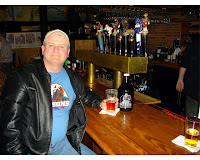 r joy of mine, Sox and I returned to the Pearl. Sox had a couple of Lighthouse, a blond ale which he quite enjoyed. I decided to try their wheat beers and went first for the Wild Ox, a German Wheat Beer, which is pictured to the left. I thoroughly enjoyed it. Next was Lune 'D' Bleu, a Belgium wheat beer. This I did not enjoy as much but would definitely have the Wild Ox again.

As I promised myself, I came home with a memory. A full growler of the Sabres Edge Double IPA. I have an idea that after the coming long weekend, the memory that I brought home will be an empty growler, hoping one day to return to the Pearl to be refilled.

The tap handles were carved by a local artist. 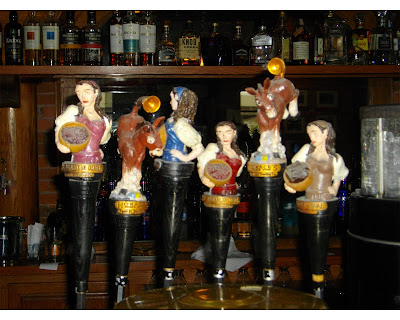 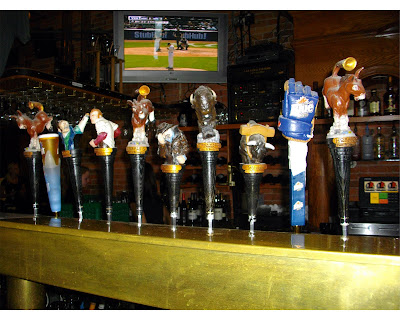