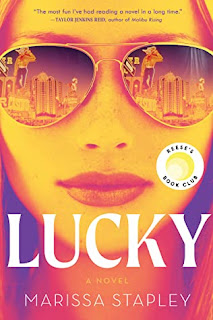 Lucky Armstrong is a tough, talented grifter who has just pulled off a million-dollar heist with her boyfriend, Cary. She’s ready to start a brand-new life, with a new identity—when things go sideways. Lucky finds herself alone for the first time, navigating the world without the help of either her father or her boyfriend, the two figures from whom she’s learned the art of the scam.

When she discovers that a lottery ticket she bought on a whim is worth millions, her elation is tempered by one big problem: cashing in the winning ticket means she’ll be arrested for her crimes. She’ll go to prison, with no chance to redeem her fortune.

As Lucky tries to avoid capture and make a future for herself, she must confront her past by reconciling with her father; finding her mother, who abandoned her when she was just a baby; and coming to terms with the man she thought she loved—whose dark past is catching up with her, too.

I really enjoyed this novel. The first part of every chapter tells the story of her in the present followed by the story told from her past. Both are told in chronological order. Her past life is important to know as it not only explains why her character is the way it is, but in order for her to move forward, she has to explore her own history.

Both sides of her story kept me interested throughout the novel. Well done. 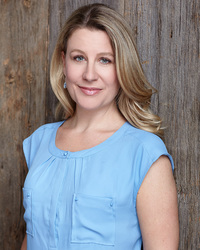 Marissa Stapley has worked as a newspaper journalist and magazine editor, and is now the internationally bestselling author of the novels Lucky, a Reese’s Book Club December 2021 Pick, The Last Resort, Things to do When It’s Raining, and Mating for Life.
Her work has been published in fifteen countries and two of her novels, including Lucky, have been optioned for television. She also co-writes holiday rom-coms (The Holiday Swap, All I Want for Christmas) under the pen name Maggie Knox. She lives in Toronto with her family.
Posted by Swordsman at 16:01